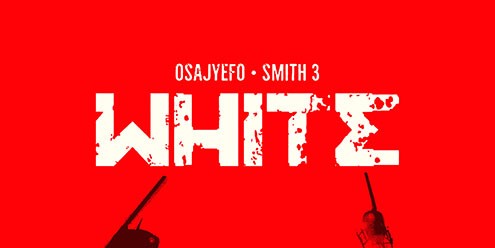 The original creative team of the highly-acclaimed graphic novel, BLACK, reunite for the sequel called WHITE. Venturing back into the world of crowdfunding, the sequel, if funded through Kickstarter will be a 6-part, ad-free periodical comic book series.

I was fortunate enough to chat to co-creator Kwanza Osajyfeo about this exciting and adventurous new project, where we got to talk about the Kickstarter, the growing relationship between comics and racial diversity, the challenges of writing the new arc and much more! 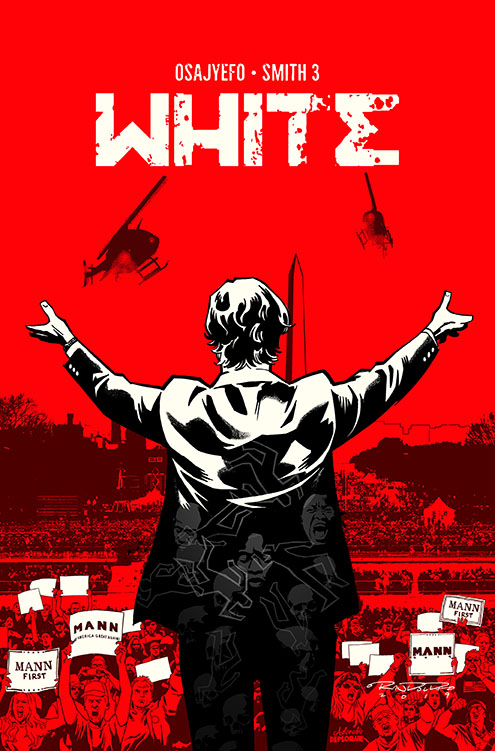 Can you tell us a little about the Kickstarter for WHITE?

WHITE is the sequel to BLACK, taking place three years after events in the previous book. Theodore Mann is now President of the United States and the world is anxiously aware that only black people have superpowers. He’s enacted some controversial policies to deal with empowered blacks but like any politician walks the tightrope of public opinion.

It’s also about how white identity comes into conflict with the group it was constructed to subjugate after a perceived power shift. WHITE looks at how this myopic, or oblivious, investment in whiteness can be destructive – and self-destructive. This is an expansion of the contention between characters from the previous book, but with greater context.

Crowdfunding was vital to how we began this project. That came with a bunch of surprises and we learned a lot from doing it. But we wouldn’t be here without our backers, so we felt the best place to offer the second part of the trilogy was exclusively through Kickstarter. 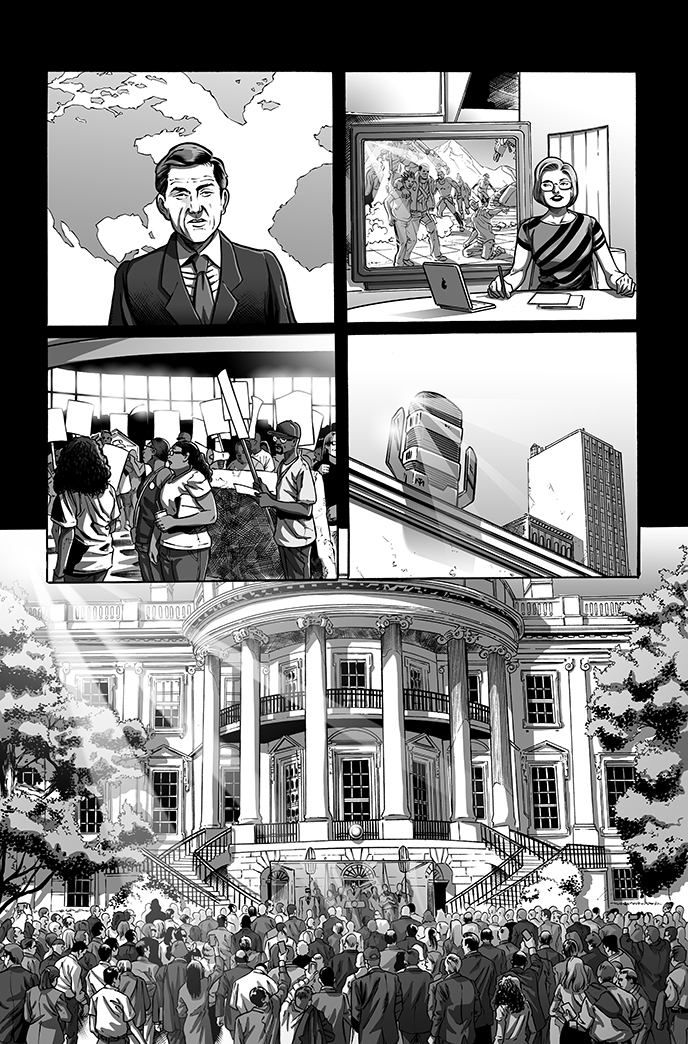 How does it feel to return to the world of BLACK?

It feels great! I think people had their own expectations and assumptions about the BLACKSUPERPOWER universe, but I’ve always intended the story to be a trilogy with a beginning, middle, and end.

The spinoff stories have continued to flesh out the world, but WHITE is a defining marker in the story that will set the tone of the universe at this point in time.

Can you reveal – without giving away any spoilers – what fans can expect in the new arc?

The first book was very much about the protagonist, X: his experience discovering his powers and then being pulled between opposing forces – all in secret.

Now, with everything out in the open, we find him in a much larger world with a bigger role that comes with the general public’s awareness that only black people have superpowers.

This brings a new level of tension, more pervasive than before, and we’ll see that play out through Theodore Mann and his son Thaddeus, working to both stoke fear and reassure the public that they can protect them. 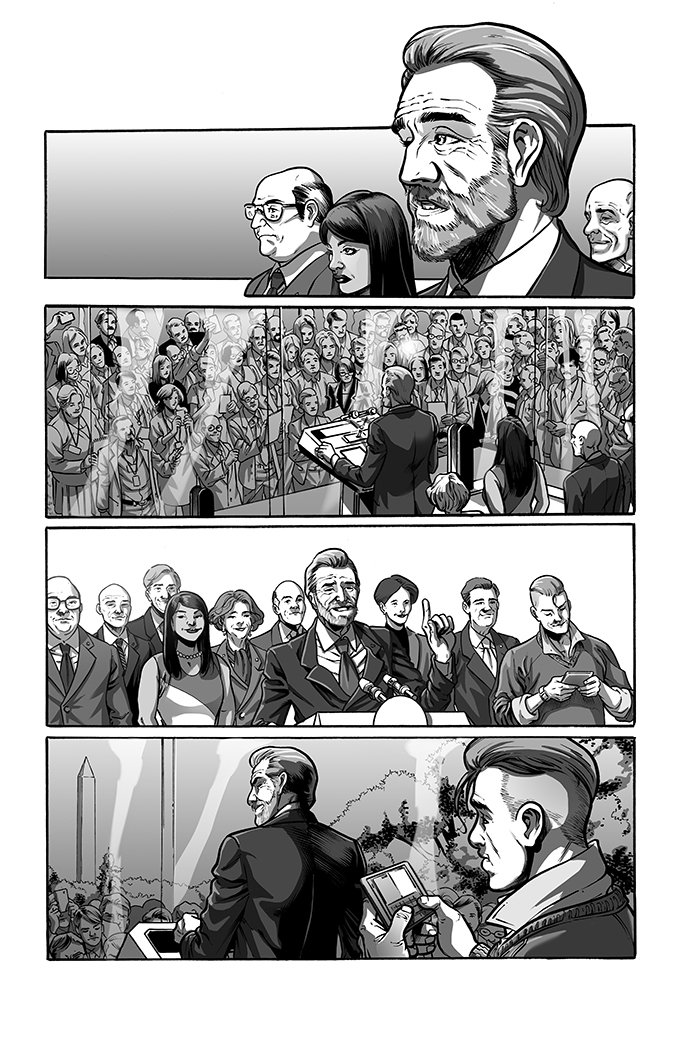 How important is it for you to strengthen the relationship between comics and the representation of racial diversity?

It remains a cornerstone of the brand mission. We’ve had nearly 100 years of comics and for the majority of that history, stories have focused primarily on white men and their perspective of the world.

That is changing for a number of reasons, but the result is that consumer habits are varying more and more. There is a real value in less myopic content, providing new narratives and variety for readers and viewers. This is being led by racial diversity in the production and representation of emerging narratives. 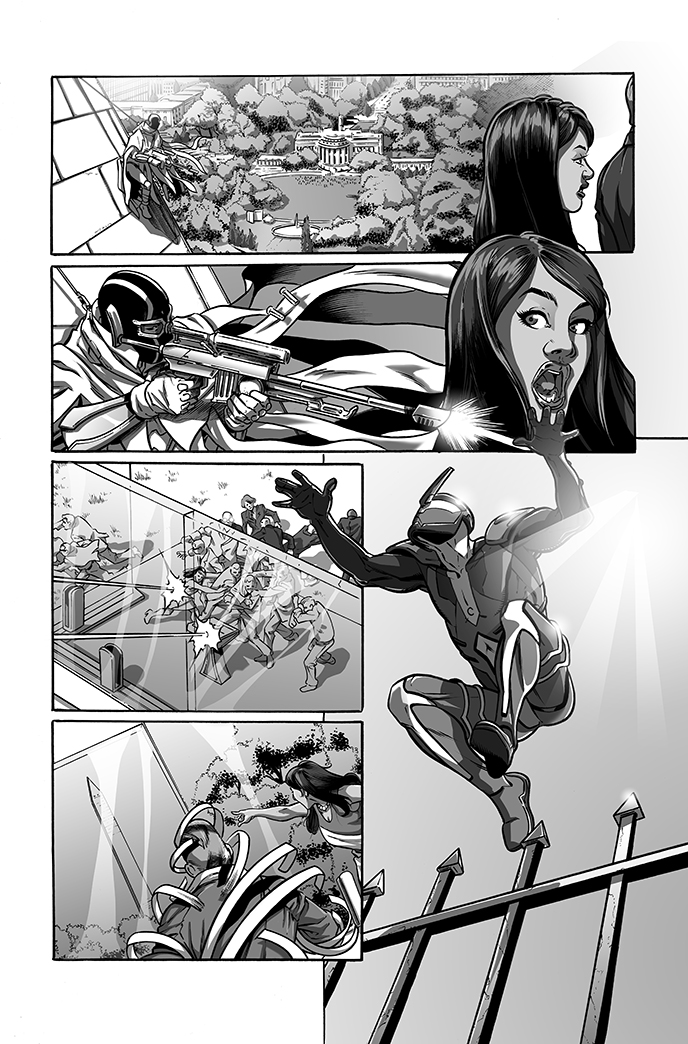 Social media can be both a wonderful and toxic platform for people to voice their thoughts and opinions. What are your thoughts on the fan wars between the growing diversity in comics?

It’s a fabricated and frustrating reaction to this renaissance of voices challenging the status quo. The problem is how antagonistic parts of that establishment have been and the lengths they go to dismiss, demonize, and damage the voices of women, people of color, and LGBTQIA+. There are such obvious false flags raised by small online camps to prove who comics fandom is for when it’s always been the bastion for all geeks, nerds, and dorks. It’s particularly clear since these new, diverse voices aren’t making any claims on comics other than the right to exist and be heard.

It’s rather damning of those who push back against diversity, as their words and actions echo those who fought against desegregation. It’s uncanny and yet, these same fans who bemoan the etherealness of their heroes somehow miss or choose to ignore the inherent universal mission all superheroes pursue: truth, justice, and equality. Bizzare, right? 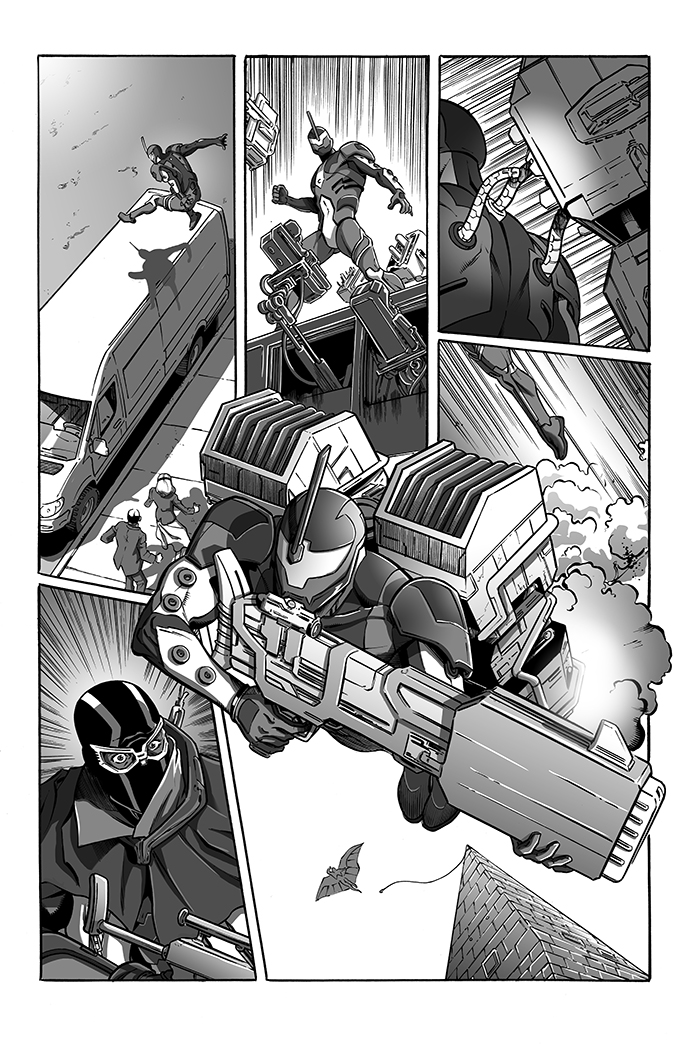 Finally, I find your stories to be quite thought-provoking and poignant, and I love how you highlight real-life issues for African-Americans such as racial profiling, police brutality and racial inequality. Were there any challenges when writing these stories with regards to these issues?

Not really. In fact, despite the subject matter, I find it easier to pull from reality than to try to use allegory. Obviously, per the last question, that method does not enlighten some segment of readers. Who needs metaphor when we have real-life discrimination, injustice, and villains in our midsts. The escapism is in the sci-fi/supernatural elements of comics, but the foundations of this medium have most often yielded the best stories when rooted in some seeds of reality.

Thanks for the wonderful chat Kwanza!

Be sure to support the now live WHITE Kickstarter!