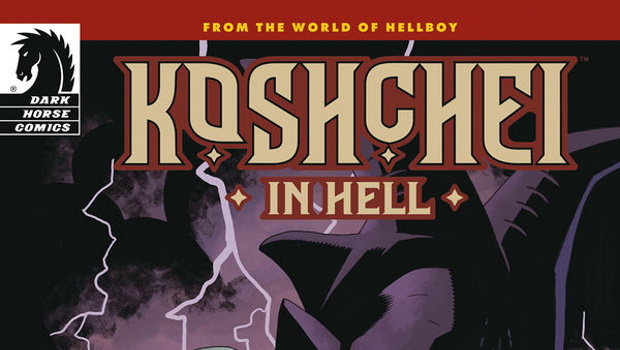 Summary: Koshchei's attempt at a quiet peaceful life in Hell are set to be disrupted and he may be the only one who can stop the approaching doom.

I love Koshchei! From the moment I read his main story arc I just really loved the tragic character and the struggle between good and bad in him… so getting to continue Koshchei’s story in hell is fantastic!

The world as we know it has gone and so has Hellboy… but Koshchei is content to sit in hell and read while sipping wine. But an old face brings news of a danger that is returning and Koshchei must once again take up his sword… to defend his city from destruction! 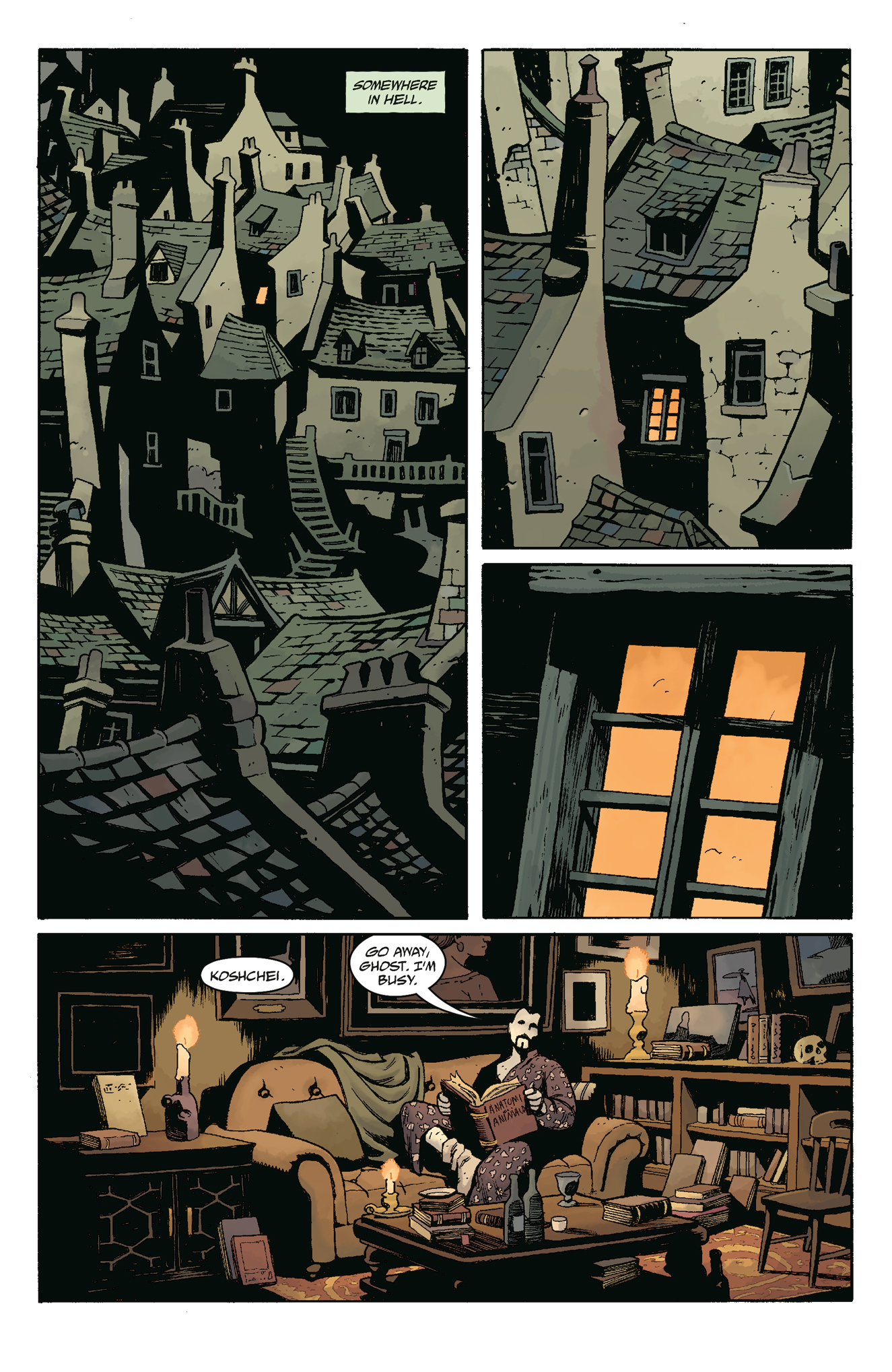 The story… poor Koshchei… it’s a lovely continuation of the previous stories. There’s a continued sense that Koshchei does not really have full control of his destiny… though he may want to simply sit and read, his sense of duty, his sense of honour, draws him away from his comfort and sends him back out into the harshness, to take up his sword again. You can almost feel the weight of responsibility on Koshchei’s shoulders both through the words and artwork. 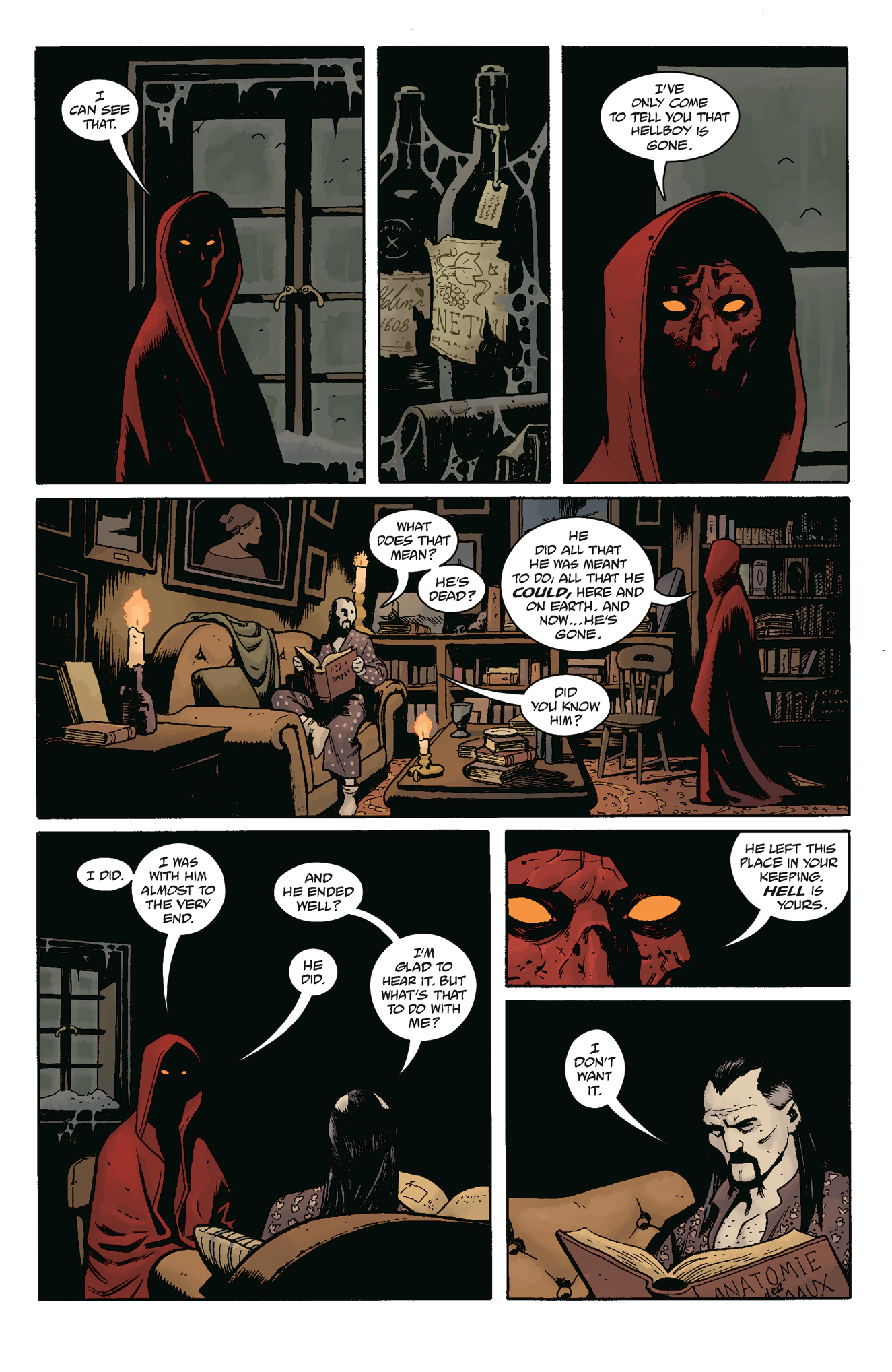 The artwork here is beautifully toned with blues and predominantly muted colours, providing a wonderful sense of melancholy once we leave the subtle warm tones of Koshchei’s reading room. The line work is crisp and clean, leaving no confusion as to what is happening in any panel. 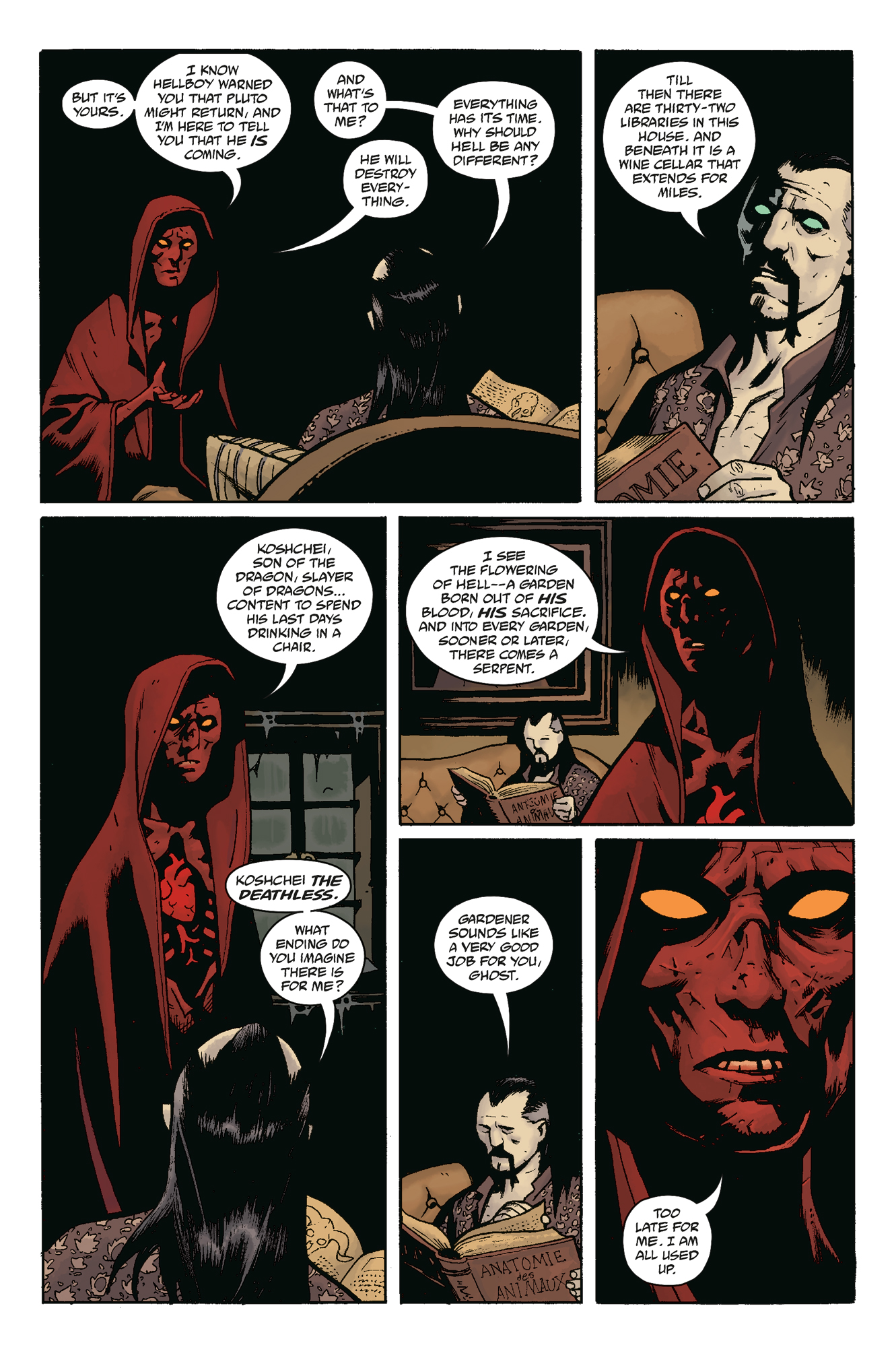 Part of me would love to see Koshchei finally have his soul returned… to see him find peace. But another part of me wants to keep going on adventures with him, his tragic nobility is very appealing and despite the horrors he has committed there is still a sense of decency within him that keeps shining through. I love the character, I love where he has come from and where he finds himself now… I look forward to seeing where this leads. Absolutely grab a copy! 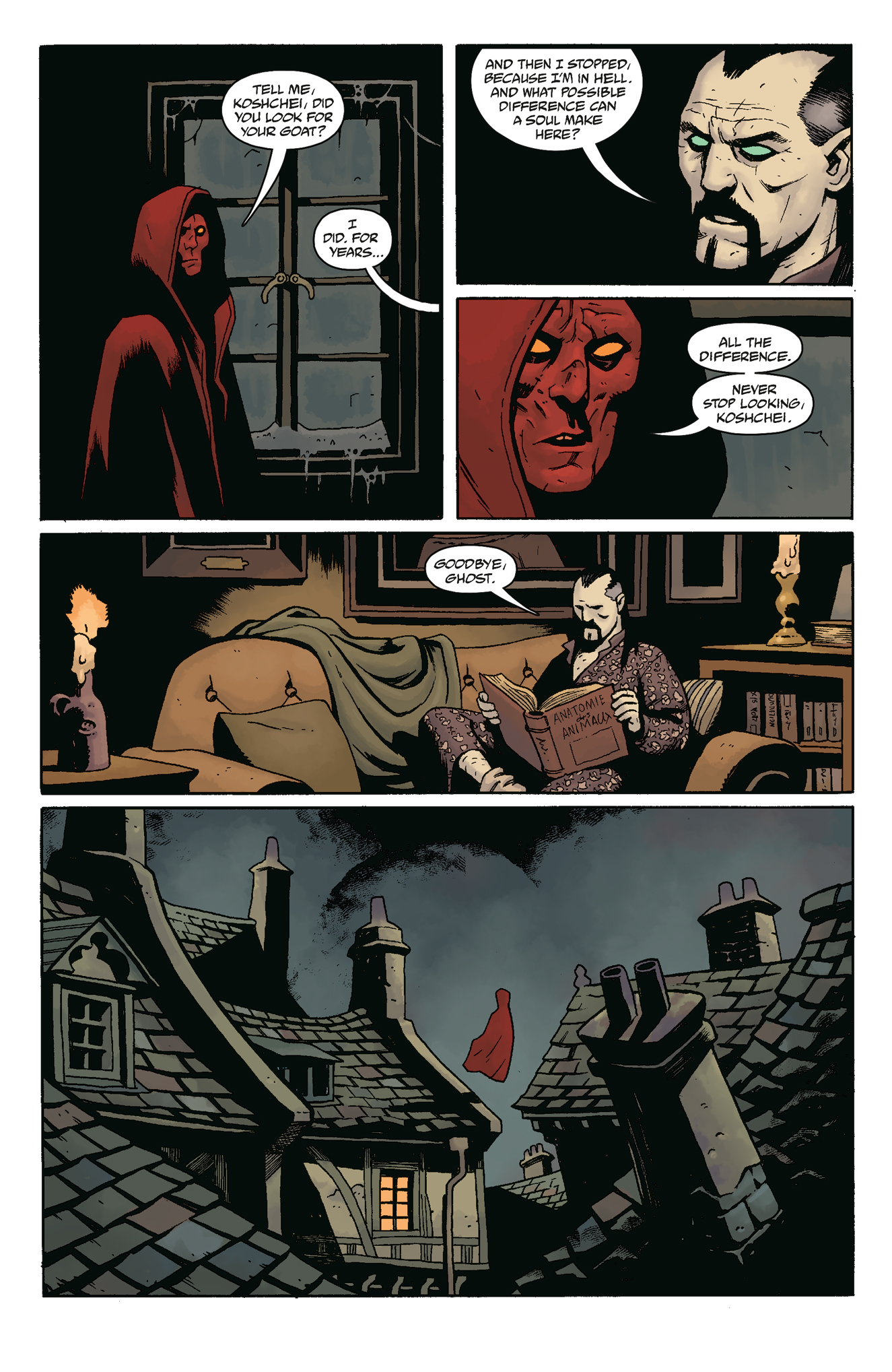