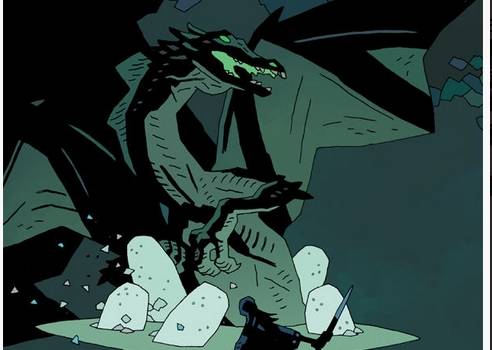 Continuing his conversation with Hellboy, Koshchei recounts the quest the Baba Yaga sent him on with a select group of his troops. Tasked with hunting and destroying the last dragons before their eggs hatched the road ahead is far from simple, but Koshchei is not someone easily dissuaded. With his selected troops slowly growing smaller in number, Koshchei continues, seemingly unable to turn away from the mission before him. When he gets to his final location will Koshchei be able to go through with it? 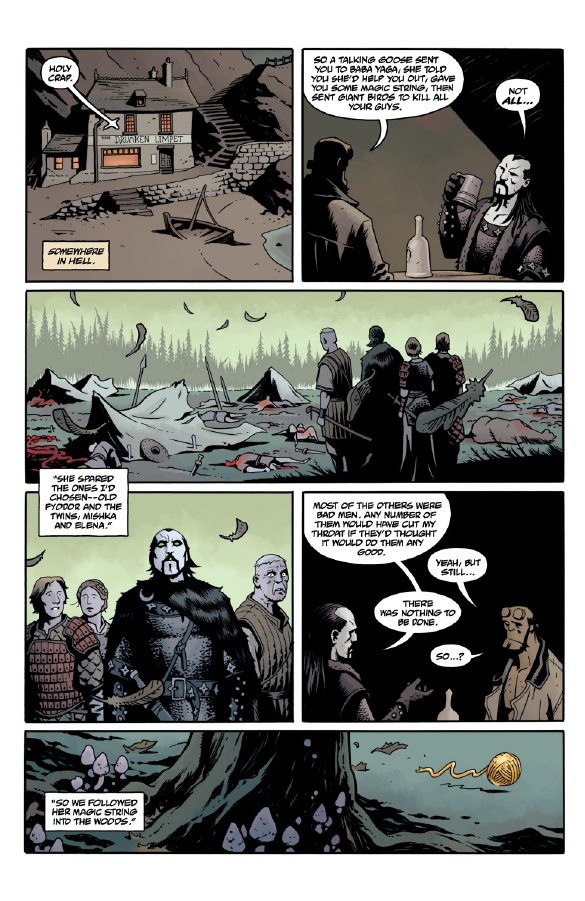 It’s an odd thing when you realise that you are reading about a vicious killer, someone who has lead armies and destroyed lives, yet you feel sorry for them. Somehow Mike Mignola manages to make someone who really should be quite reviled, sound quite tragic and deserving of sympathy. It’s easy to understand how Hellboy seems so enthralled at Koshchei’s tales of damnation as we turn each page eager to read what happened next. Each step on his quest for the evil witch seems to take him deeper and deeper into a dark pit he will never be able to escape from. 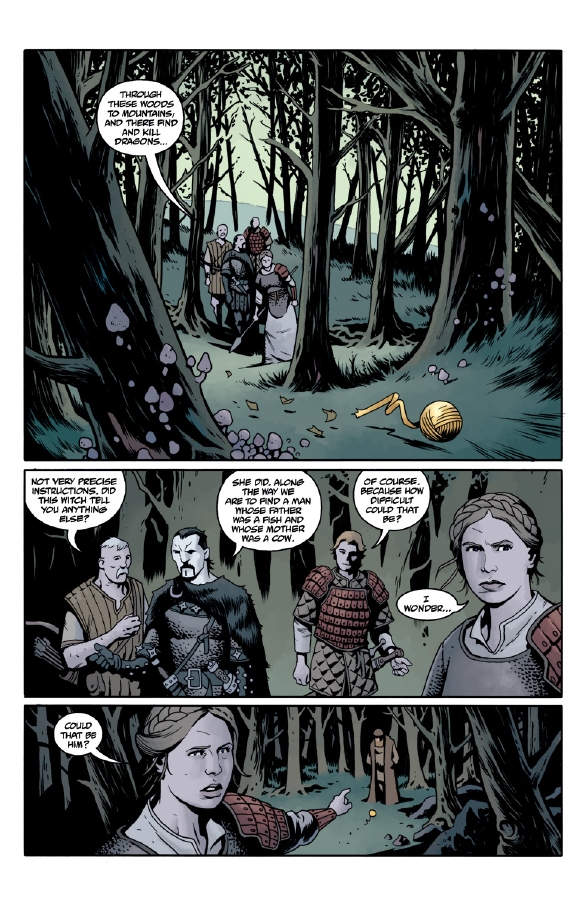 Ben Stenbeck takes up the mantle in this comic of depicting the world of Hellboy through Koshchei’s tale. There’s a quality to all of these stories (obviously a style maintained via Mignola’s careful guidance) that just draws you in from the start. For anyone who has read a Hellboy comic they are instantly familiar and that helps transport you to the world in a flash. For those new to the comics they have a sense of being not quite right. Whether it’s the colour palette or the figures that move between very naturalistic shapes to harder edged slightly skewed shapes there’s something that is both familiar and at the same time slightly off about the images that works so well for the horror/surreal nature of the stories. 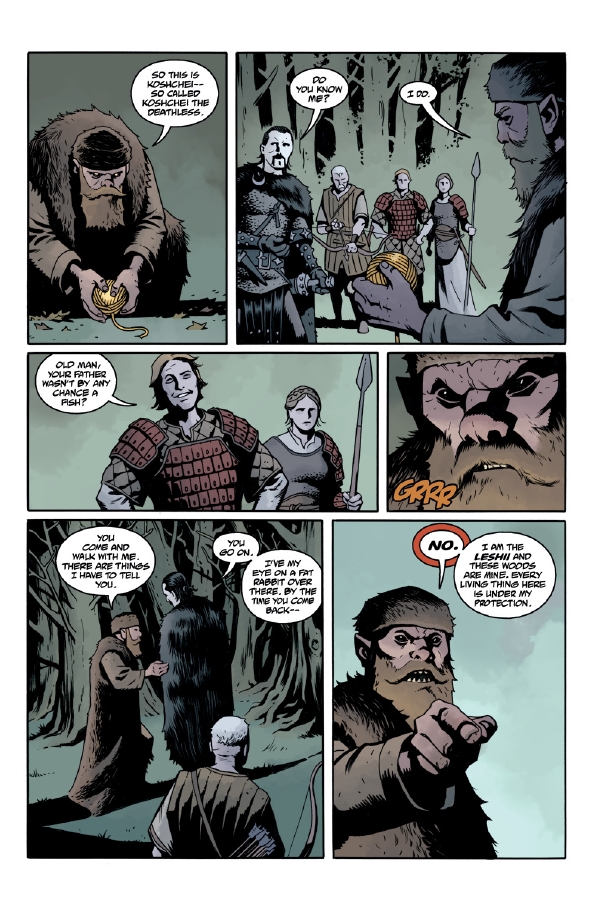 I’m not sure how many people could sit across from their would be killer and listen comfortably to the story of their life. I guess Hellboy is a special kind of person though and his interest in the strange and unusual is pretty strong… that and given his near invincible nature I guess he doesn’t really feel would be assassins… that and when you’re in Hell it’s not like you have a lot to do, so you might as well pull up a chair and get to know the person who was sent to kill you. Koshchei also comes across as a somewhat likeable character too… part one set up the odd beginning of his descent to his current surrounding… but that merely scratched the surface. Reaching the point in his tale relating to a quest the Baba Yaga sent him on what seems like just a quest to rid the land of dragons takes a somewhat unexpected (or perhaps expected but deeply regrettable) turn and leaves us waiting for part 3 with anticipation of great heartache. 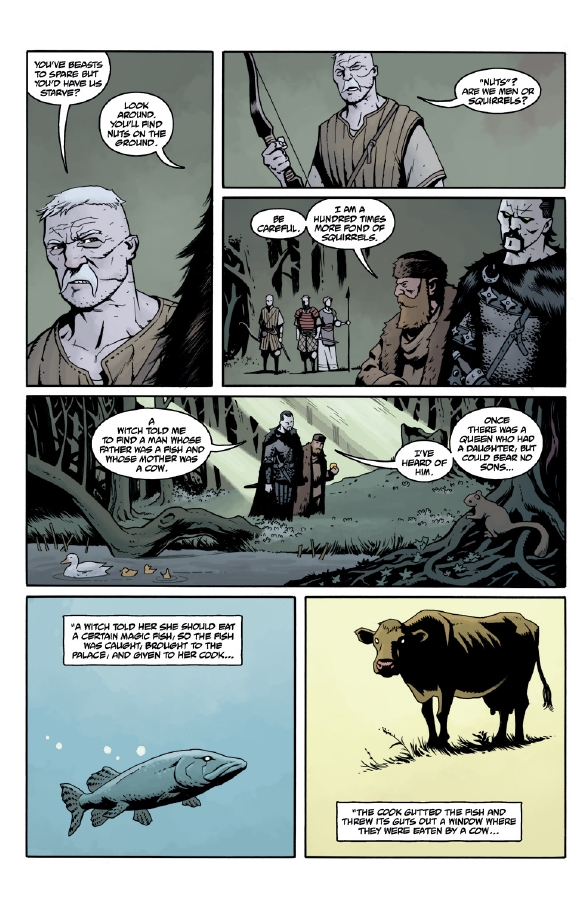