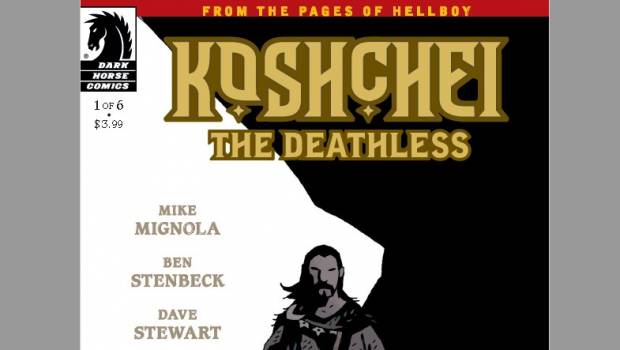 Summary: It must be odd to meet the person you were sent to kill... after dying. Perhaps even more odd when that person is Hellboy!

Having made his appearance in Darkness Calls in which he was sent by the Baba Yaga to kill Hellboy, Koshchei now recounts to Hellboy himself, how he came to be where he finds himself now, in Hell. This is arguably a great example of what I love about Mignola’s writing… it’s the detail, the backstory the fact that it all sounds like it could well be pieced together from folklore and tales handed down from generation to generation through the villages of Europe and out into the wider world. Koshchei could have existed only for that moment he was required to move the story forward in Darkness Calls but then how can you only show a glimpse of someone who has the stones to try and kill Hellboy? 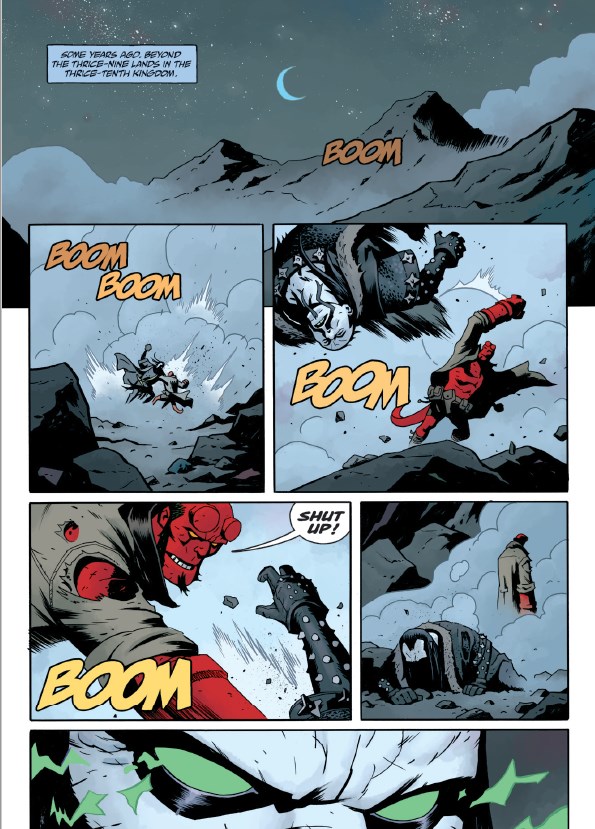 This is what Mignola does so well, fleshing out characters and twisting and twining them in amongst each other so that the stories blend and blur together to form one giant cohesive nest of paranormal, occult imaginings that seem almost tangible. The bloody and tragic story of Koshchei resonates so much with familiar notes that it would be easy to imagine a little peasant village in which a grandparent tells the story to their grandchild as they are heading to sleep both as a cautionary tale and as a part of their folklore. Mixed in among all that is the notion of damnation and redemption. The song “sympathy for the devil” may just have hit on an interesting notion here… Koshchei may not be “The Devil” but he has done may horrible things… yet could we find sympathy for him when we learn of what he has been through? 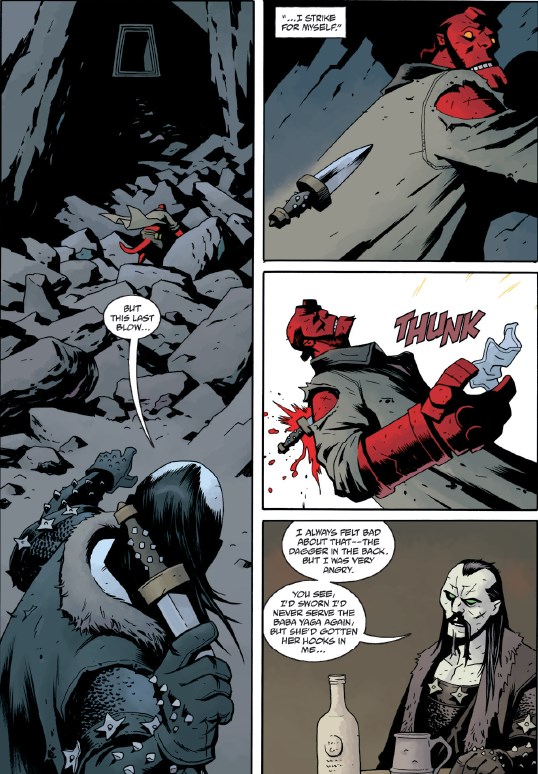 Those defined edges! That Mignola style that is altered somewhat by each artist that adds their vision to the collected works but still shines through. It stands as both familiar and somewhat unsettling. I don’t mean the art itself is unsettling I mean the depictions of the characters. A great example is the scene with Hellboy and Koshchei together in Hell, the figures of those at tables around them. Heads that seem to change from flesh covered to skeletal between panels, the shape of the skulls themselves, some still with flesh attached in places others just bone. It’s all unpleasant but at the same time seems right. The artwork does a great job of making it seem quite “normal” and yet at the same time very unnatural. 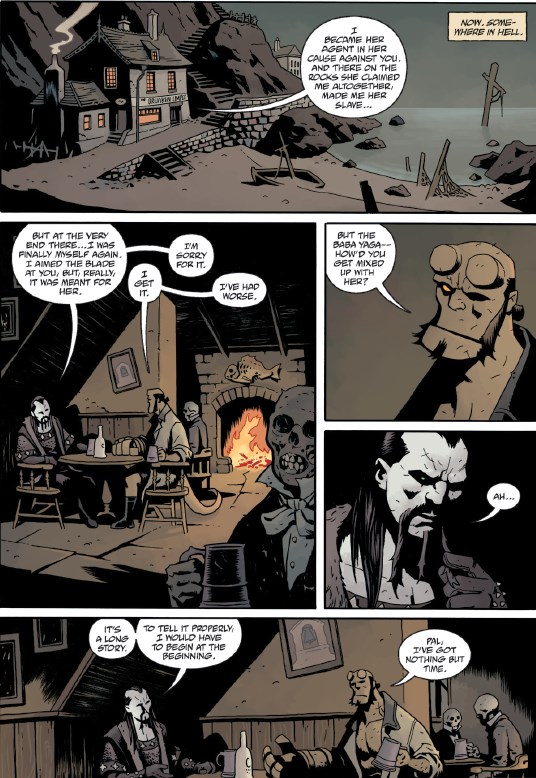 Who is the larger figure in people’s minds, the seemingly unstoppable hero or the character who would fell such a larger than life person? Koshchei would be easy to write off as a horrible person for his attack on Hellboy… but here we learn of his own horrid story and how he came to be who he is now. Can Hellboy (or us readers) find sympathy for someone such as he? It’s an interesting situation, a world that is full of killing and horrors, who do we side with and what crimes are we willing to look past and for what reasons? If you had eternity to spend with someone who was determined to kill you, could you forgive them? For the start of a series this is extremely compelling and certainly well worth adding to the collection! 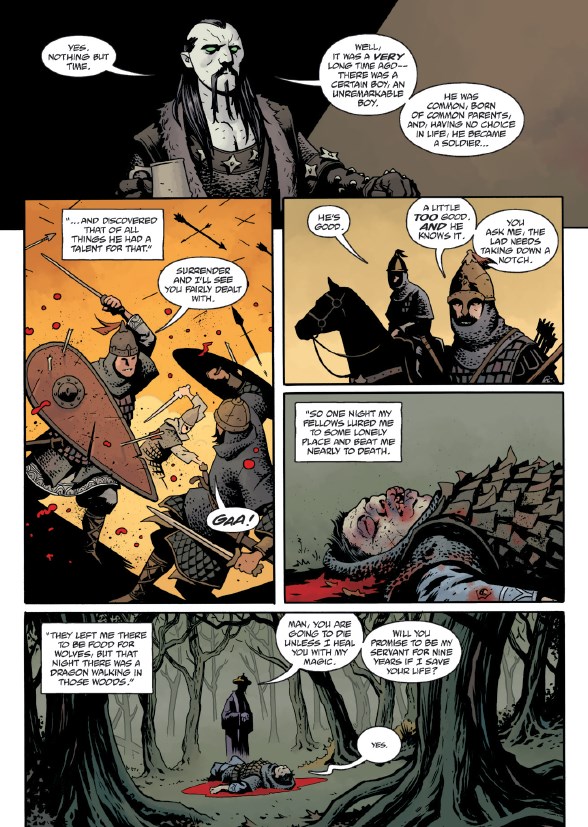