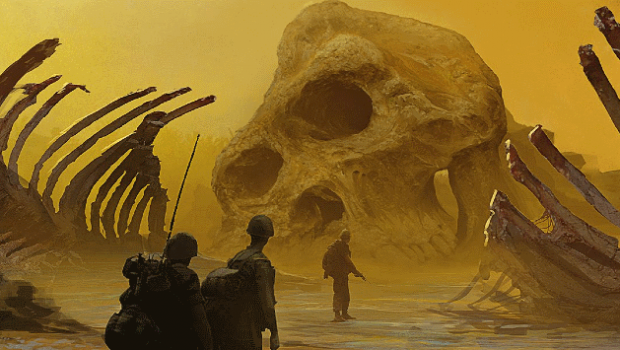 It would take an effort as colossal as Merian C. Cooper’s Kong to develop an original premise for the beast. The enormity of the pop culture icon is stressed by the quotient of material he’s featured in since his conception in the 1930s by Cooper, who was a fighter pilot and a filmmaker. The first Kong movie was made in 1933. This is now Kong’s eighth film and a sequel to Skull Island is already being planned for 2020. Skull Island makes for a mediocre starting point. For a contemporary comparison, it features the same dramatic outline as Jurassic Park (1993).

A group of people are trapped on an island filled with monsters and must escape their animal and human opponents. This one is less traditional than Peter Jackson’s 2005 blockbuster; it omits the classic Empire State Building showdown and the Ann Darrow relationship, which is fine. Yet it’s also using the same narrative that would have made many pulp adventure novelists rich when these stories were once original and popular.

The invention of Spielberg’s original Jurassic Park wasn’t the plot but employing special effects in ways and in detail we hadn’t seen before; the audience shared the awe of the characters seeing the dinosaurs come to life. Skull Island has one or two surprises but despite the enormity of its scale and the detail of its creature effects, its story lacks imagination and sags at its midpoint.

The film opens with an American and a Japanese World War II soldier fighting each other on a beachhead and then somehow on top of a cliff—it’s a farfetched starting point considering the island is full of monsters, including Kong himself. Fast-forwarding to the 1970s and government official William (John Goodman) is trying to convince Senator Willis (Richard Jenkins) to send a squad to the island for evidence of activity such as lost aircraft.

Eventually, the senator concedes and they assemble a team including William himself, Mason a photographer (Room’s Brie Larson) who insists she’s anti-war, a British SAS soldier in James Conrad (Thor’s Tom Hiddleston, whose hair never moves), Preston (Samuel L. Jackson), who is a war veteran, and a group of US soldiers. Unfortunately, their helicopters are immediately ambushed by Kong once they enter the island. This splits the unit into two groups: Preston and his soldiers, and Mason and James’ crew.

One critical distinction the film makes to its narrative and setting is the period of the 1970s towards the end of the Vietnam War. Skull Island uses its setting to posture as being metaphorical for the horrors of war and the dangers of American intervention into foreign territory. Some have compared the 1970s-jungle setting to Apocalypse Now (1979). However, American intervention and colonialism could have been highlighted without drawing upon Vietnam for decorations. 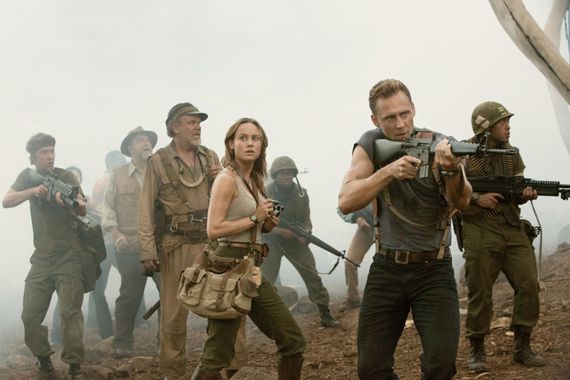 Overall, it’s an insensitive metaphor. Those who endured Vietnam didn’t fight enormous spiders, dinosaurs and giant apes. People murdered other people. It’s the brutal reality that goes amiss once inside the context of a B-grade monster movie and makes the comparison trivial. Similarly, what the film says about colonialism and ecology is as tenuous and thin as its story and the coloured albeit stylish smoke filters used in the action sequences.

The director of the film was Jordan Vogt-Roberts, who has made several Funny or Die episodes and only one other feature film. He doesn’t have a firm grip on the product, specifically what tone he’s trying to maintain. All the characters seem too jovial and happy at the beginning of the film to convince us of the angst and sense of change that filtered throughout the 1970s.

In particularly, the playful banter of the soldiers fails to express that these are soldiers recently scarred from battle. There’s far more to be unearthed about the feeling of this period beyond a cool soundtrack, which has the enjoyable but stereotypical ‘Nam anthem “Fortunate Son” playing; tunes such as this are frankly one of the lone reasons the film is set in a retro period, travelling on the coattails of Guardians of the Galaxy (2014) and its funky soundtrack. 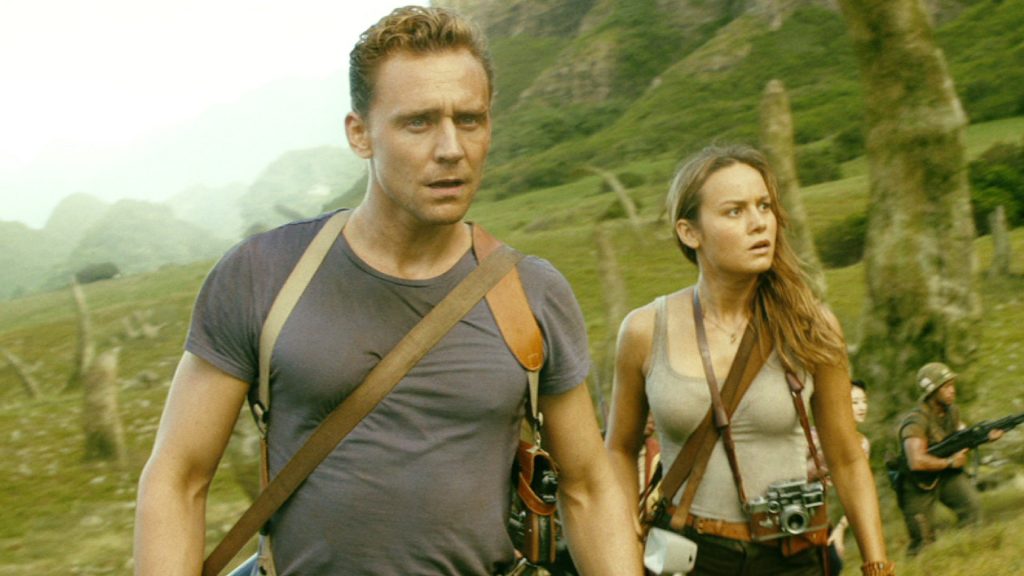 The film’s narrative is also too weak to justify the embarrassingly rich cast. This is a good ensemble of experienced hands and rising stars. Sadly, the film wastes two of its biggest names, Brie Larson and Tom Hiddleston. Their dull roles don’t stretch their range at all and lets them cruise through the movie.

John C. Reilly has fun as a hermit named Marlow (sigh) but it’s a weird inclusion that feels like a sketch where the comedy and obviousness of the casting undermines his isolation. Admittedly, one line he says about his native friends looking him up in Chicago made me laugh louder than I expected much to the detriment of the rest of the cinema.

The most believable characterisation probably belongs to Preston who insists that: “we didn’t lose Vietnam. We withdrew from it”. The hubris in the line works and consequently, he uses the island as his own Vietnam. Other neat ideas are touched upon promisingly but never revisited, such as Mason’s motivations about whether she prospers from photographs of war. 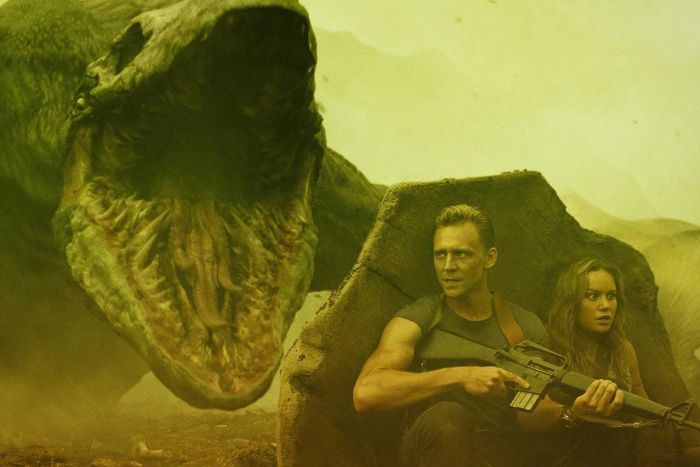 Without an engaging set of characters your mind will start to wander towards the glaring plot holes. One example is the satellite images of the island at the beginning. If the island is covered by a magic thunderstorm (yep…) then how did intelligence land such clear satellite imagery? Likewise, if there have been several pieces of hardware lost in the area then why is the senator initially sceptical about the need for a genuine investigation? The island’s flying monsters are also incredibly selective about when they’ll strike in the open air, waiting right until the crew is travelling along the water.

Some of the action is laughable, such as flying multiple helicopter together through the storm cloud. In this sequence, it’s hard to tell who belongs to which helicopter and the number of vehicles seems to multiply as if to prolong Kong’s striking time. Monster movies are supposedly shielded from this degree of scrutiny. On the contrary, when the plot is this simple the carelessness and the holes become more glaring. Meanwhile, stronger characters that can fully utilise the actors playing them may help future instalments.

Summary: Despite the enormity of its scale and the detail of its creature effects, Kong's story lacks imagination and sags at its midpoint.