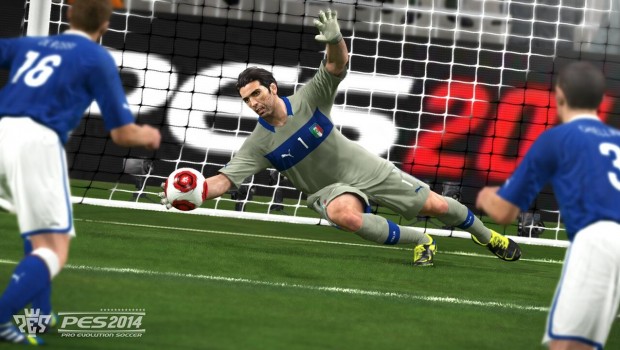 The new content is available for PlayStation®3 and Xbox 360 and integrates an all-new International Cup competition into PES 2014. The mode charges the user with guiding their international team or player to glory in the International Cup competition. In ‘Team’ mode, the user governs every aspect of play, from team selection, to choosing offensive and defensive tactics. While ‘Player’ mode sees the player striving to earn selection and retain their place via their performances in a game.

The World Challenge mode runs the full gamut of a top-level competition, from qualifying rounds, through to the main tournament. Within it, players can adapt their squads in the run up to qualification, set up friendly matches to recruit new talent, and finally enter the group and knock out stages of the tournament. The mode features separate qualification competitions for European, African, American and Asian sides, with a set number from each continent allocated spaces.

The DLC features entirely new presentation and front-end elements, with options to view squad details down to the finest detail, while new AI elements see players responding to strong performances and raising their game, or suffering a crisis of confidence which can affect their playing levels. New cut scenes have been added too, presenting your final squad selection once you qualify for the International Cup following a successful regional qualification round. World Challenge mode also includes the official Brazilian national team and player likeness.

As part of the continued support of PES 2014, a free DLC and patch will be available on the same day, updating a whole host of features. It will update 9 International team kits such as Italy, Portugal and Greece, as well as implementing new boots from Nike, Adidas, Puma and Umbro. Also included are over 60 player face updates and additions, with lifelike representations of England’s Jack Wilshere, Spain’s David Silva and Gerard Pique, and Germany’s Mario Götze and Marco Reus. The new adidas Brazuca ball will also be added.

The patch will improve gameplay for a smoother experience, while bringing in new cheating measures for online, as well as the ability to select the World Challenge mode (purchase required to access).

World Challenge Mode will be available to download on March 26th, priced at $14.35, with free DLC and patch released at same time.