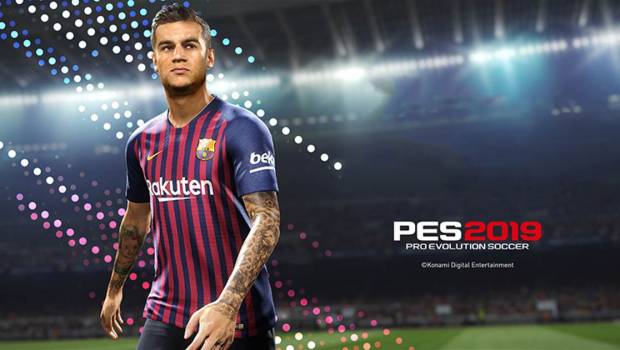 Konami Digital Entertainment B.V. is announcing today an exclusive partnership with UEFA that will name eFootball PES 2020 as the Official Videogame of the upcoming EURO 2020 tournament. As a result of the partnership, KONAMI will release free downloadable content for the new game in Q2 2020.

In addition to the agreement with UEFA, over 50 national football associations will be available in eFootball PES 2020 at launch, featuring their national teams, including current champions Portugal, and much more.

The license agreements mean that the main game and the upcoming UEFA EURO 2020 DLC will include national teams’ kits, crests and players, all of which will be faithfully recreated ahead of the real-world tournament that starts in June next year.

Guy Laurent-Epstein, marketing director of UEFA Events SA, commented: “We are very pleased to continue and extend our working partnership with KONAMI. UEFA EURO 2020 provides an opportunity to build an even closer working relationship, allowing us to activate it in new and exciting ways, and to engage with our mutual fans around the world.”

On top of this, KONAMI and UEFA have also announced the creation of the UEFA eEURO 2020 tournament. The brand-new esports competition, which will be played exclusively on eFootball PES 2020, will see national football associations from across Europe submit representatives to compete for glory. The tournament will feature an online qualifying stage, with the top 16 teams then qualifying for a physical event to be held in London between the semi-finals and final of UEFA EURO 2020.

With esports at the heart of the collaboration, KONAMI, UEFA and each of the licensed national associations anticipate that this unique tournament will introduce viewers across the globe to the fast-growing world of esports and eFootball PES 2020.

Jonas Lygaard, Senior Director – Brand & Business Development at Konami Digital Entertainment B.V. commented: “Our teams have pulled out all the stops to secure the biggest and best licenses possible for eFootball PES 2020; quality licenses that match the level we set each year when it comes to gameplay. The partnership with UEFA and the EURO 2020 tournament is a big win for our community and new users who look for fresh content throughout the year.”

The Official UEFA EURO 2020 DLC will be available for free on all platforms in Q2 2020. More details about gameplay and availability will be shared next year.