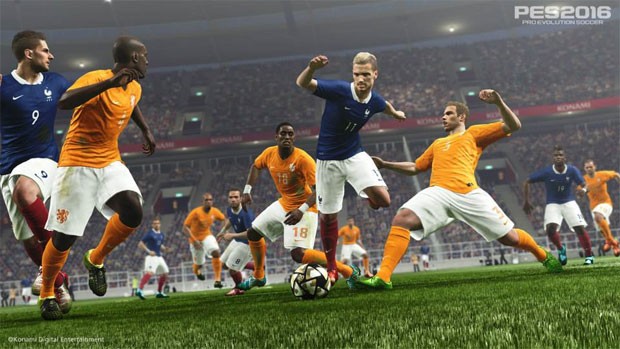 In addition to this once in a lifetime experience for PES players, KONAMI have added a series of incentives to those taking part. Each territory operates regional leagues competing for a place in the highly esteemed PES League World Finals, and these will be supported with additional prizes – including UEFA Champions League match tickets, signed shirts from PES ambassadors such as Neymar Jr., Alvaro Morata and Mario Götze and additional spot prizes from KONAMI’s partners.

The main prize will be the chance to win a paid trip to compete in the Milan final with those that make it challenging for a 15,000 Euro main prize, with 5,000 Euro for the runner-up. Third place will also receive a 3,000 Euro prize. Hundreds of thousands of players competed last year, with France’s Rachid Tabane emerging victorious in Berlin. In addition to their cash prize, the winner of the 2016 finals will receive two tickets for the UEFA Champions League Final and a money-can’t-buy pitch side experience.

While the season is already underway, players can still enroll for a chance at the main prize. The 2016 PES World Finals will be played using the PlayStation®4 edition of PES 2016. Players can compete using PlayStation®4 consoles, PlayStation®3 consoles; or both depending on their region. For the first time, PC players will be able to participate and compete in the PES League for the Windows PC edition via Steam.  Additionally, players will be able to play with their myClub team via a special competition. This particular myClub competition will launch at a later date and more details will be announced very soon.

To register for the 2015/16 PES League, please visit: www.pesleague.com/user/register