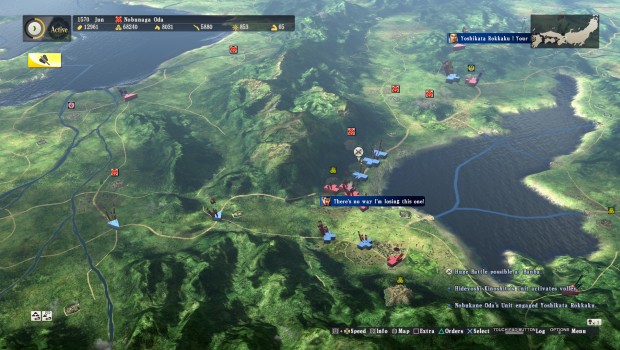 Using Diplomacy to improve foreign affairs is a key ingredient to building a powerful clan. Although it’s a slow-burning process that doesn’t provide as fast-paced exhilarating action as battles do, it can wield very fruitful results! For example players can cultivate relationships with nearby clans and tribes to ensure they won’t take up arms or join enemy armies. Prolonged good relationships might allow players to assimilate tribes into their clan, thus increasing the population and sphere of influence of their fief. Alternatively, friendly tribes can contribute powerful reinforcements to the player’s army!

Good diplomatic relationships with other lords can also lead to forging longer lasting alliances, or coalition armies against a common enemy.

Additionally, diplomatic ties to the imperial court- although costly- can lead to an increase in rank through the award of nobility titles. These titles can be acquired on behalf of the clan lord, or passed on by the lord to subordinate officer to increase their loyalty and have a multitude of benefits including increase of influence and decrease in cost for various diplomatic actions.

On the darker side of Diplomacy, players can assign officers to covert operations and espionage. These can include reconnaissance missions, or attempts to entice and create discontent amongst enemy officers with the ultimate goal of extracting them to their clan. Keeping officer loyalty and satisfaction at a high level is the only way to avoid NPC spies enticing officers away from the players’ clan and ensuring betrayal won’t hit from those closest to the top!