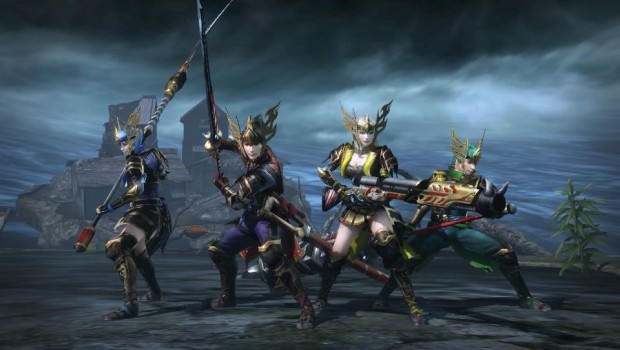 Koei TECMO EUROPE is happy to announce the imminent release of a playable demo for upcoming demon slaying epic ‘Toukiden: Kiwami’, available from the PlayStation®Network for the PlayStation®4 and the PlayStation®Vita computer entertainment systems on the 25th March 2015.

The demo serves as an early introduction to the world of ‘Toukiden: Kiwami’ and features two distinct game modes. The first is an ‘introductory demo’ and is comprised by the first two chapters of Toukiden, including the edit mode where players can create and customise their own unique Slayer. This mode will also allow players to choose to equip their character with one of the three brand new weapon types (naginata, club, rifle).

The second is a set of ‘special missions’ that can also be enjoyed by those who have played ‘Toukiden: the Age of Demons’. These special missions have been specifically designed for the demo and are set to a very high difficulty level. For those players who have never before played a game in the Toukiden series, these missions may be too difficult. However, the full version of the game will increase difficulty in a much more gradual manner, so even more difficult stages than these can eventually be cleared after powering up your equipment and character.

Although these missions are not recommended for newcomers to the series, they do include a selection of weapons, armour and Mitama the player can equip before heading out to the field and, more importantly, they will remain available for gamers to come back to for another try after they have mastered their battle skills in the full game.

Clearing all the available missions will allow a gamer to get a glimpse of Chapter 8, where the brand new ‘Kiwami’ portion of the story begins. Additionally, clearing all missions unlocks various special features and items that can be carried over to the full game.

This part of the demo will also feature a few of the brand new Oni- the demons Slayers are called to face. A selection of battle screenshots and new Oni types have been released today to display the variety and beauty of the ‘Toukiden: Kiwami’ world.

Additionally, Koei Tecmo released a batch of assets relating to Tenko, the fan-favourite animal companion of every Slayer. Tenko are an invaluable ally, as they can be sent to gather ingredients and material for crafting, and their relationship with the Slayer determines the wealth and variety of items collected. In ‘Toukiden: Kiwami’ players can customise their Tenko before sending it out on missions, equip it with Mitama that help with item collection, and can even feed it snacks that change its colour!

Toukiden: Kiwami is being developed for the PlayStation®4 and the PlayStation®Vita computer entertainment systems and will be released across Australia on 26th March 2015.