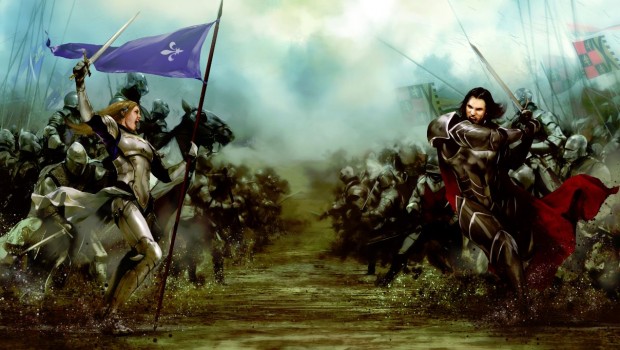 19 February 2015- Koei Tecmo is pleased to confirm the launch of a demo version for historical Troop Command Action title ‘Bladestorm: Nightmare’.  The demo will include a battle tutorial showcasing a variety of troops the lead character can command, squad attack actions, different weapons and the tactic of zapping between units. Playing this short demo will enable the player to get an early start in mastering the flow of battle during a mission, and give them a deeper understanding of the various tactical and strategic options available to them. The Demo will be available on PSN for Playstation®4 and PlayStation®3 and on XBL for Xbox One in early March 2015.

In addition, Koei Tecmo also released information about bonus content that will be made available with pre-orders of Bladestorm: Nightmare. Those who pre-order through selected game retailers will receive a dragon mask & staff item set and a special costume set for the Black Prince and Joan of Arc.

‘Bladestorm: Nightmare’ is a strategy game where the player takes the role of a mercenary and chooses to fight either for England or for France in missions inspired by real events and battles of the era dubbed the Hundred Years War (1337-1453). Revisiting one of the lengthiest and most politically unstable periods in European history, Omega Force has developed this title in a way that allows the player to assume command of different kinds of army units, while it also offers them the opportunity to develop their own unique character, increase their fame, gold, and army and complete various missions irrespective of sides and loyalty.