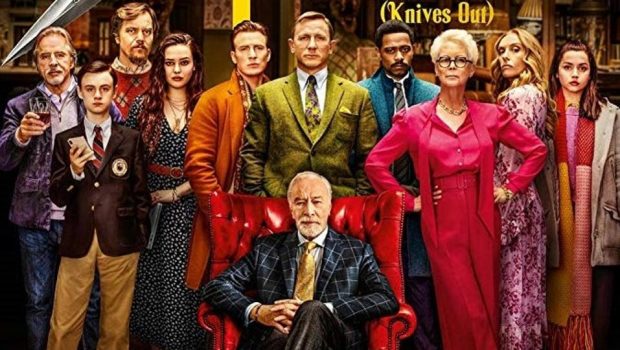 Murder mysteries are one of my favourite genres throughout cinema. Yet it is also one of the hardest genres to achieve successfully. Everything must fit in place like a jigsaw puzzle or a well-structured house of cards. Whether it is the plot mechanics, character dynamics, performances, motivations, or the tonal balance, to succeed the murder mystery must be more synchronised than any other genre.

What is special about murder mysteries is the level of audience anticipation. Great filmmakers trust the audience by letting them in on the fun of uncovering the murderer’s identity while also keeping them on the edge and staying one step ahead of them. Prime examples include Herbert Ross’ cult classic The Last of Sheila (1973) and Sidney Lumet’s Murder on the Orient Express (1974). Some films, such as Wes Craven’s Scream movies (1996–2011), branch out into other genres and meld the murder mystery with slasher films.

Now we have the comedy whodunnit Knives Out, the latest film by acclaimed director Rian Johnson. Fresh from his big blockbuster effort, The Last Jedi (2017), Johnson is back to mid‑budget filmmaking. The scale is comparable to his previous films The Brothers Bloom (2008) and Looper (2012), where he is free from studio restraints and the fandom of a popular franchise. Backed by an embarrassment of riches in talent and a sense of creative freedom, will Johnson make Knives Out a sterling example of the murder mystery genre?

Daniel Craig stars as Benoit Blanc, an experienced private eye hired (unbeknownst to him) to investigate the mysterious death of a family patriarch, Harlan Thrombey (Christopher Plummer). Harlan was found lying in his bedroom with his throat slit. Assisting Blanc on the investigation are Detective Lieutenant Elliot (Lakeith Stanfield) and Trooper Wagner (Noah Segan).

The death occurred after a planned family gathering and the prime suspects are the entire Thrombey family and the help. The film’s cast includes Chris Evans, Ana de Armas, Jamie Lee Curtis, Michael Shannon, Don Johnson, Toni Collette, Katherine Langford, Jaeden Martell, Edi Patterson, Riki Lindhome, and K Callan. Who could be the perpetrator of such a sickening crime? What could be the motive? Money? Crime of passion? The more thorough the investigation grows, the more the knives gradually come out.

Knives Out is one of the most entertaining films of 2019. It is a fantastic throwback to classic murder mystery whodunnits that honour and subvert the genre in a refreshing manner. It is also supported by a brilliant ensemble cast who are having lots of fun. In these types of films, there are always opportunities for established actors to chew the scenery. Knives Out is no exception. What makes their presence work exceptionally well is Johnson’s handling of characterisation in his marvelous script. He has made his characters distinct with economy and efficiency through moments of witty interplay and focused character moments. 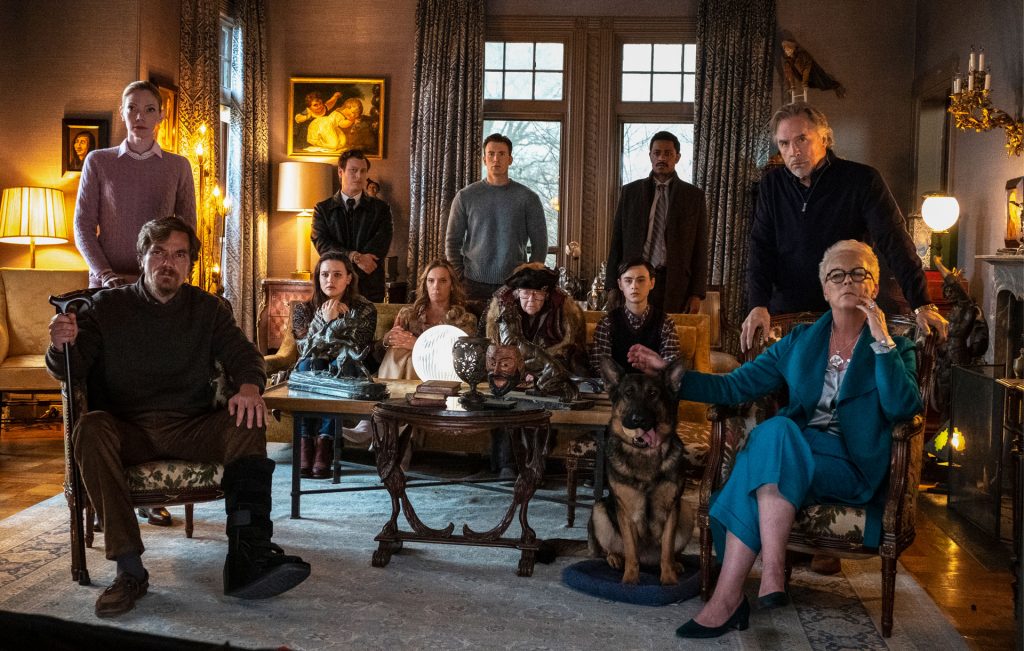 Speaking of efficiency, Johnson refreshes the genre with strong storytelling chops, topical and postmodern humour, and fast pacing. Editor Bob Duscay and cinematographer Steve Yedlin deserve credit for lending the film a dynamic but never ostentatious feel to the proceedings. The tropes of the genre are present and honoured right down to the climactic pantomime expository monologues. However, Johnson also subverts conventional genre staples too. In a classic whodunnit, the storytelling and investigations usually convey a gradual build to the culprit’s identity. In Knives Out, the three-act storytelling is handled in a way that when a new act starts, a major plot curveball is revealed. The audience is kept on the edge of what proceeds next and the film remains one step ahead of them.

While the curveballs are clever due to the misdirection, red herrings, and different points-of-view, they never feel smug or self-satisfied. They feel low-key to the story. What makes them work is that the audience cares about the protagonists and how easily that sympathy can change. Apart from Blanc, we follow Harlan’s nurse, Marta (Armas), and her perspective as an outsider of the Thrombey family. Her bond with the patriarch, beautifully played by Armas and Plummer, and her outsider status makes Marta a character with whom it is easy to identify and sympathise. Considering the genre, these ideas create unease as these could easily inform her motives if she was hypothetically the killer.

The comedy earns big laughs from the character interplay, the topicality of the themes, and the bombast of the performances. Johnson does not contain the topicality, especially regarding the current generation on social media, current politics, and differences in ideologies. The Thrombey family bicker about how immigrants are treated with Marta in the middle of their conversations. Nor does Johnson reserve something basic such as funny accents or bodily gags; they offer great payoffs and deftly inform the characterisations. The striking musical score by Nathan Johnson benefits the film by smoothly juggling the tones of tension, joviality, and drama.

Traits as simple as passive-aggressiveness and pure ignorance from the characters speak volumes. One example is how the family repeatedly states the nationality of Arma’s character incorrectly. There are also many references to early works of the whodunnit genre. Murder She Wrote plays on the television, the Cluedo board game is mentioned, and there are very funny literary references, including one involving author Thomas Pynchon that is guffaw-worthy.

The ensemble deserves credit for never acting above the material and being committed to Johnson’s vision. Some are engagingly hiss-worthy and enjoyable to hate (Curtis, Evans and Johnson) and some are hilariously loopy (Patterson, Lindhome, and Callan). Meanwhile, Collette gives a great Gwyneth Paltrow entrepreneur impression that is sincere, laughably fake, and desperate all at once. Others react to the crazy situations beautifully (Stansfield and especially Segan, who is amusing as the cop/murder fiction fanatic). Others are effective at being conflicted by the family bonds and doing what is right (Langford, Armas, and Plummer).

Craig, Evans, and Armas are the standouts. Craig, no stranger to comedy thanks to his wonderful appearance in Steven Soderbergh’s Logan Lucky (2017), is brilliant as Benoit Blanc. He goes big with his Southern Foghorn Leghorn accent and engages the audience with his enthusiasm for the material. Evans, who has been playing straight-shooters for years particularly in Marvel’s Captain America films, is hilariously acerbic and bitter as Ransom. He also adds a layer of humanity that makes him more complicated to decipher under the surface. 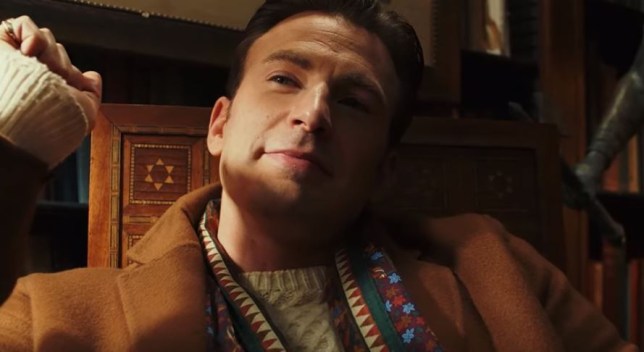 Armas is the film’s MVP. Talented from the start thanks to her roles in Knock Knock (2015) and Blade Runner 2049 (2017), Armas brings depth and heart to what is essentially the audience proxy. She continues to grow as the film changes acts and her eventual character arc is revealed, thereby allowing her to relish the comedic and dramatic opportunities with verve.

Knives Out is a wonderful reminder that films do not have to have big budgets and expensive bells and whistles to thrill audiences. Everything old can be new again, and Knives Out demonstrates this brilliantly due to Johnson’s airtight script, assured direction, and the commitment from the crazily talented cast. Foul play has never been this much fun.

Summary: Knives Out is one of the most entertaining films of 2019. Foul play has never been this much fun.