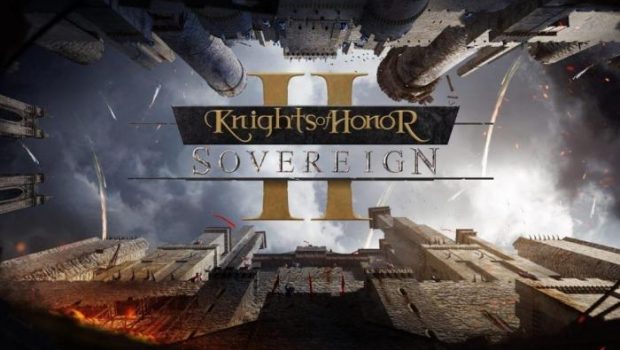 Summary: Conquer the world via any means possible.

I won’t lie… I grabbed the chance to review Knights of Honor 2: Sovereign because I wanted another game with some large scale historic battles. So my disappointment is my own fault there… this isn’t that game. There is a battle element but it’s arguably not a main focus. 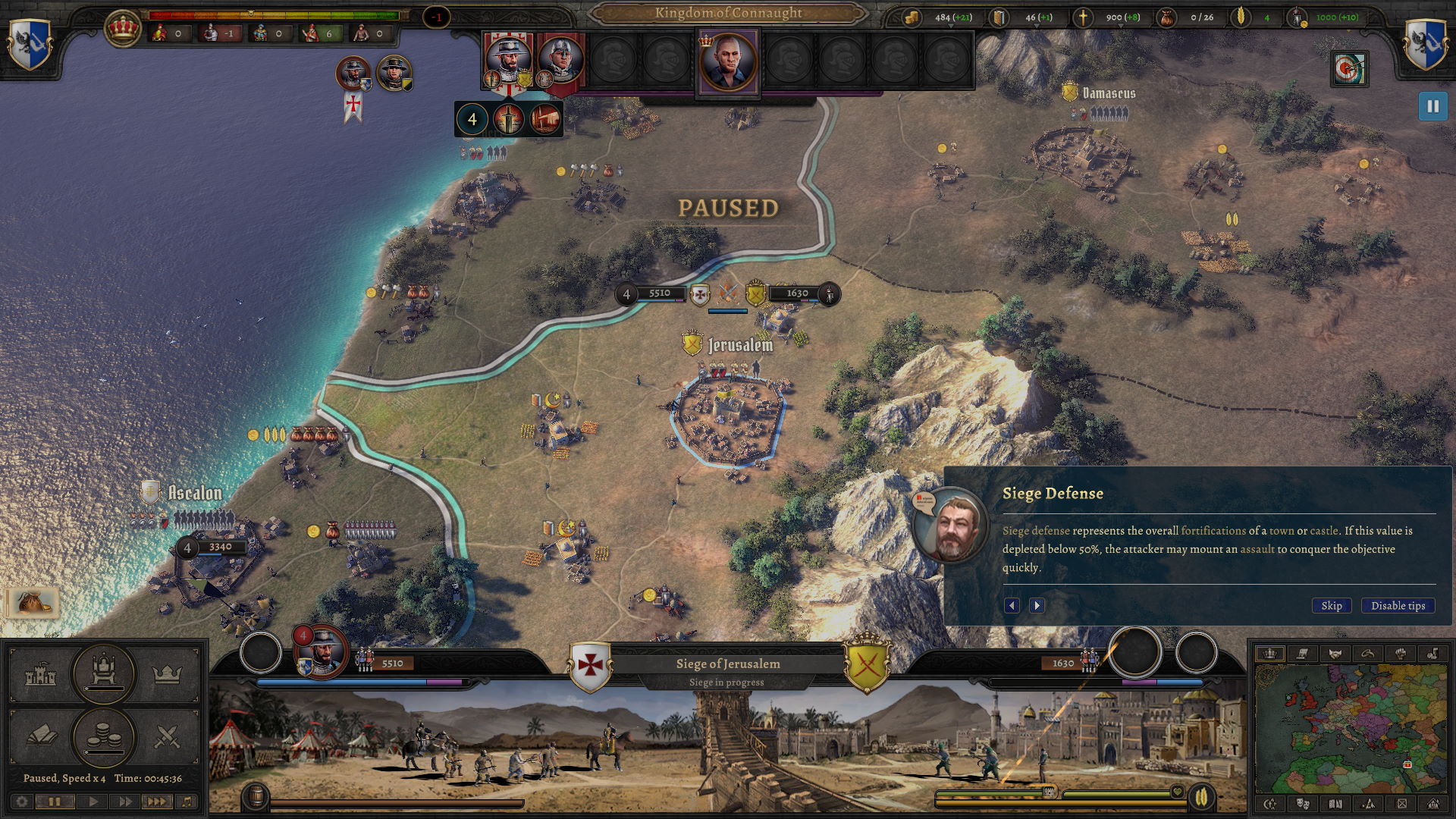 So what is Knights of Honor 2: Sovereign… well for those who’ve played the first game it seems it is essentially just an updated version of the original with added complexity and multiplayer. For those who didn’t play the first game, it’s essentially a grand strategy game that tasks you with becoming the king of Europe via whatever path you can… that might be diplomacy, war, espionage etc. 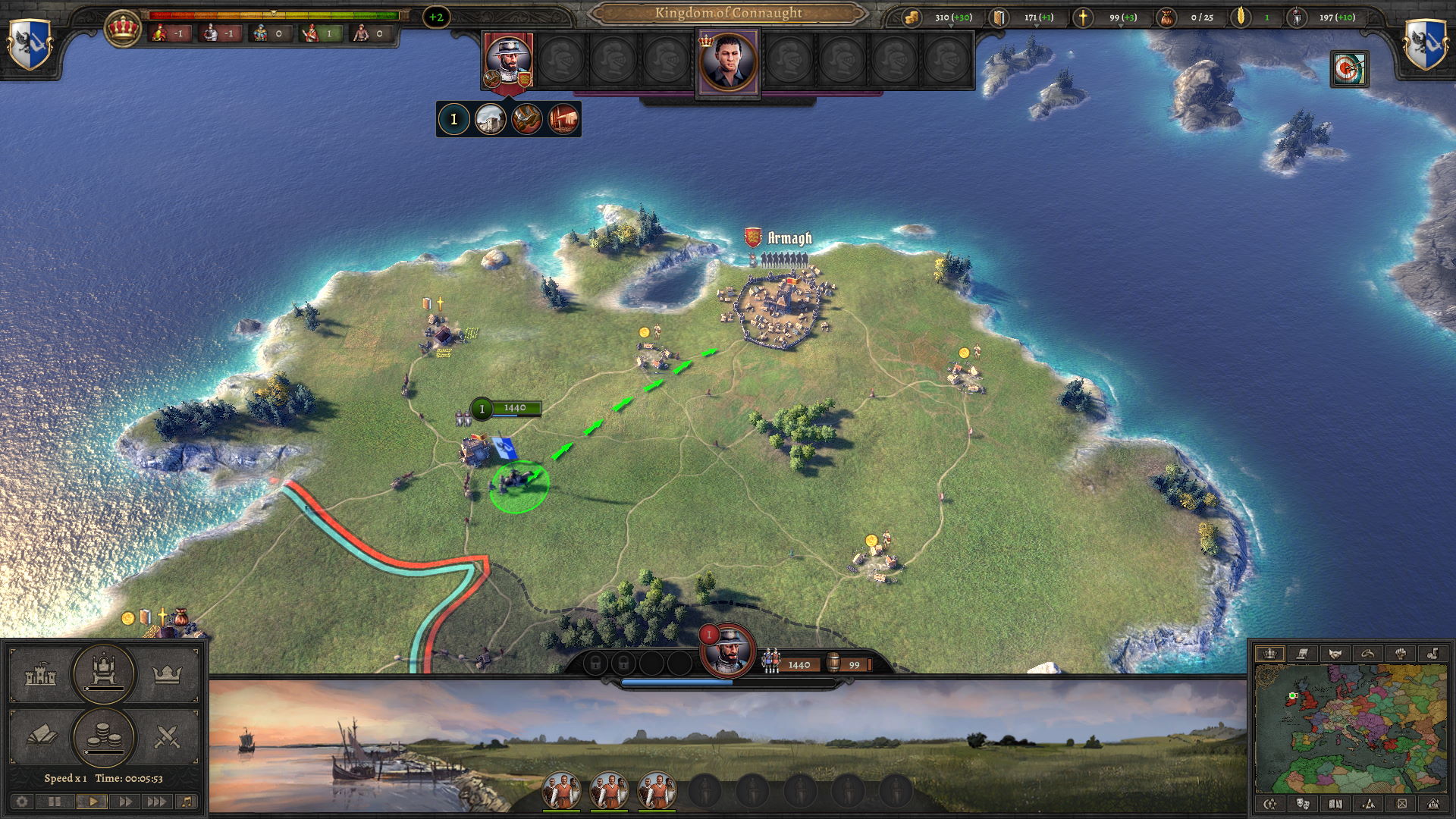 Unfortunately (for me at least), the game is not easy to get into… when you first begin it seems like you are provided with a tutorial but it’s really just showing you what the different elements of the UI are… so not only does that not help with getting a feel for how to play the game… but it gets really tedious really quickly. After finally getting through the bulk of the UI guide I picked my starting location and tried to feel my way into the game. 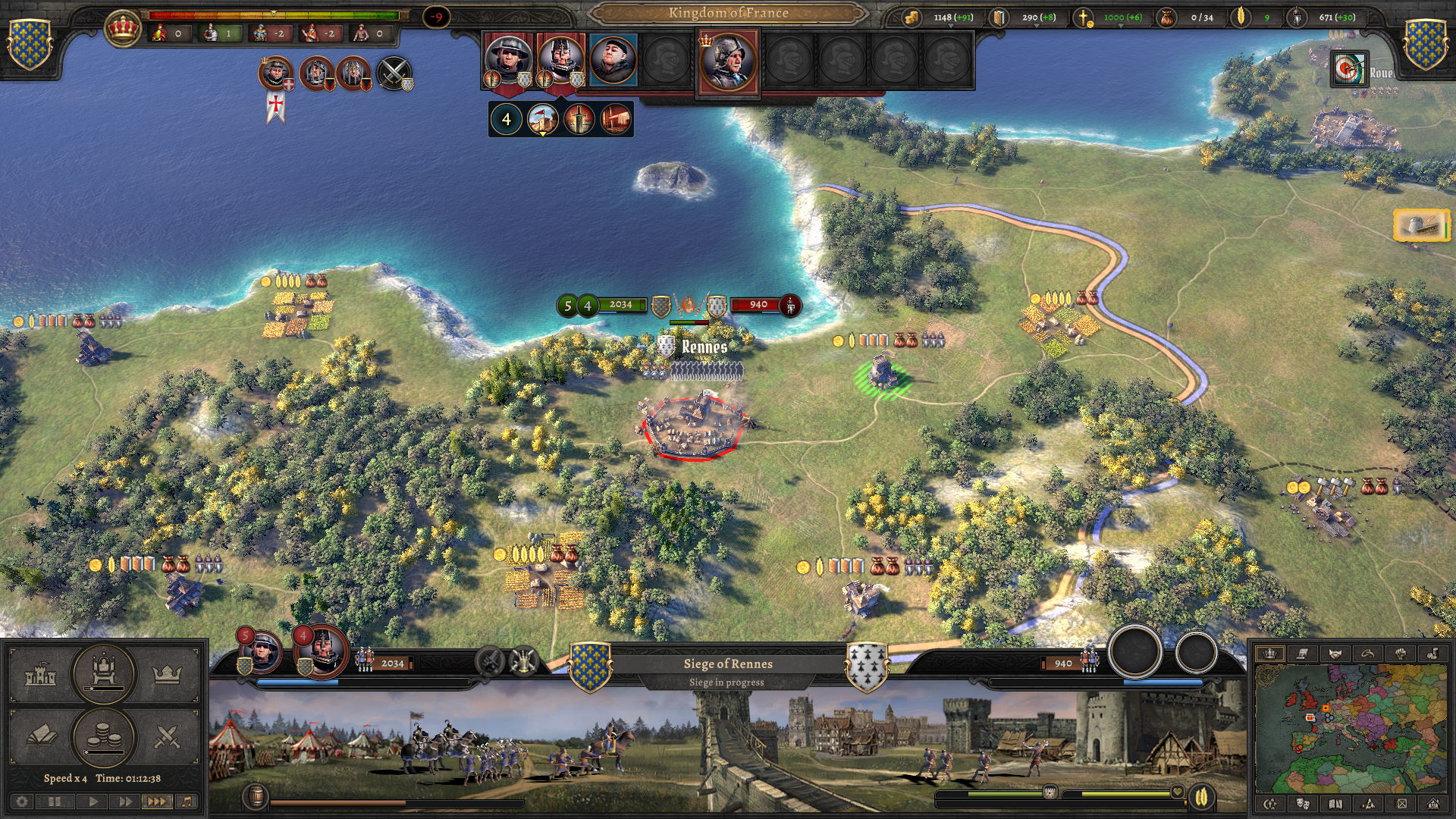 Let me say that it makes a huge difference where you choose to start. I wanted to go with ancestral pride and picked Ireland… I did not set myself up with a solid starting base to progress. Now don’t get me wrong… I’m sure once you have a good feel for the mechanics of the game you can turn any area into a dominant force… but when the game hasn’t exactly explained how best to get a foot hold and move on… it’s a bit tricky to keep your head above water. 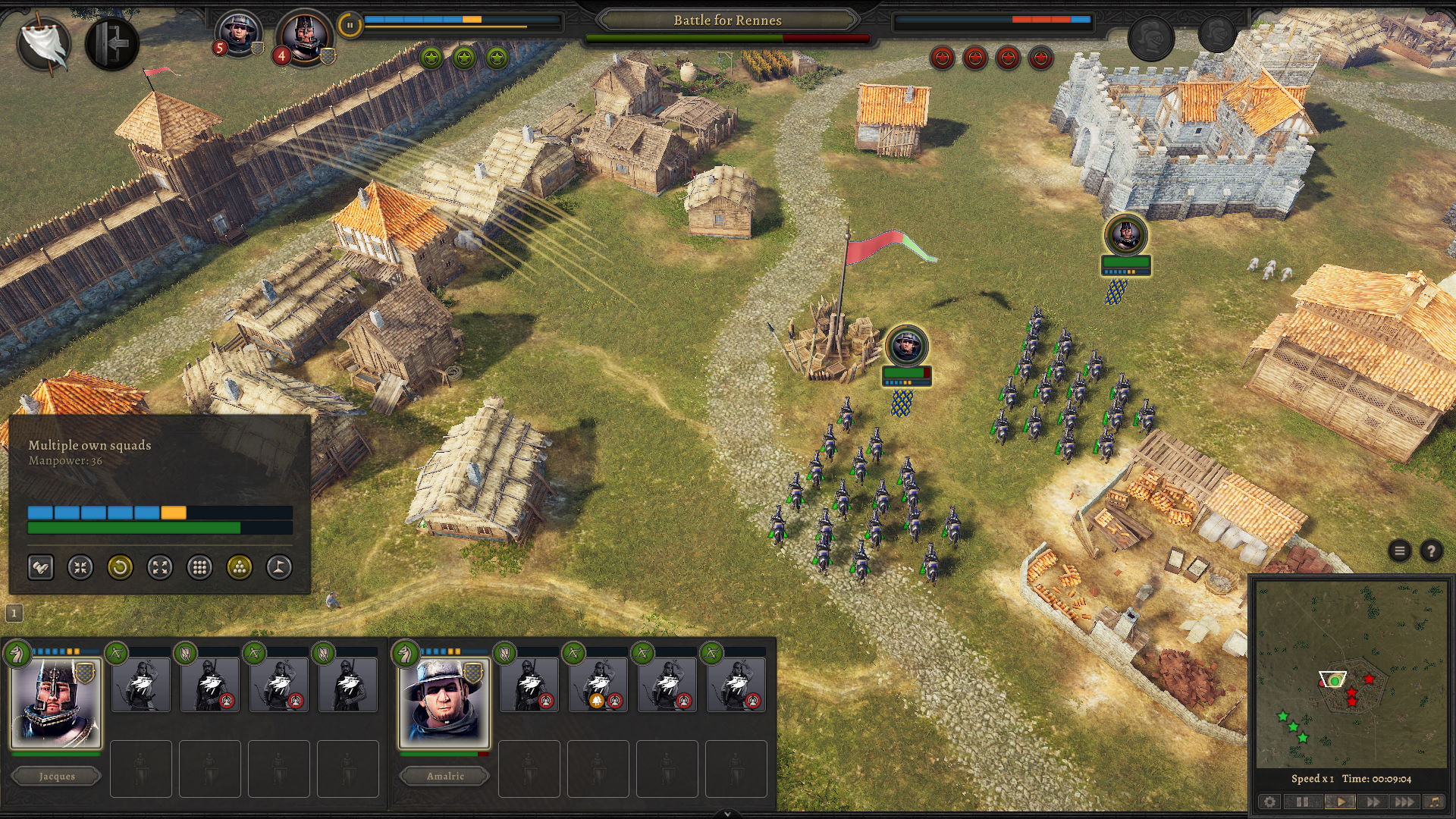 You have areas that you can build in and upgrade… but these are somewhat limited. Before long you are likely to have a visitor, perhaps an emissary from Rome requesting you assist with a Holy Crusade… how you respond will impact how you are perceived and could lead to you being targeted yourself. You can forge alliances via marriage of your offspring and a foreign powers. You can establish trade agreements, military partnerships and a myriad of other ways to rise to ruler of Europe. If you are into the grand scale of things then you may well love what is on offer. 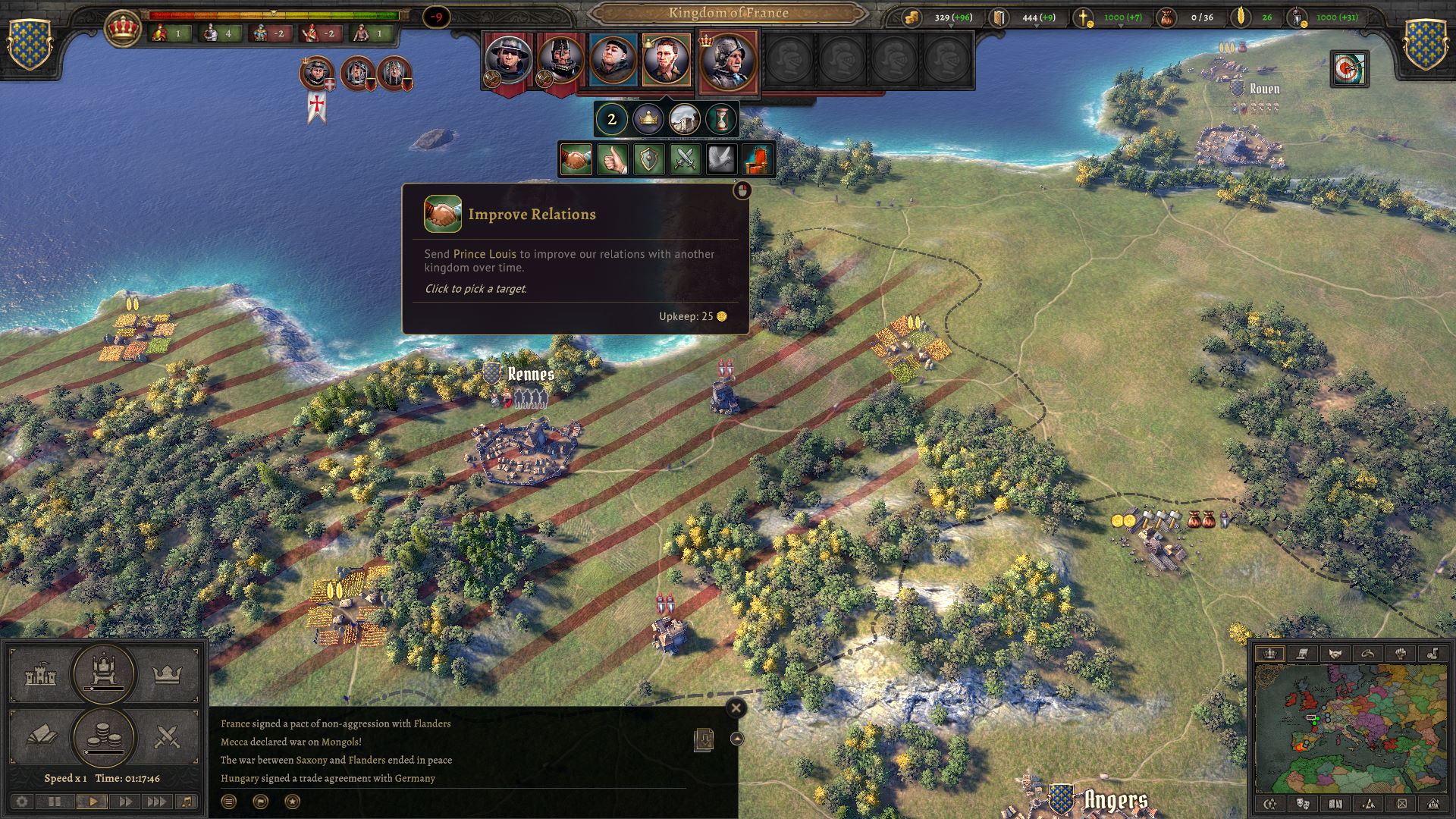 There is a lot of depth here for players who want to get into every little part of their kingdom ruling, send spies, choose from different types of Knights to determine how you will rule your lands. When it comes to combat you can either let it auto play out or you can take direct control of your armies (arguably the element I was most looking forward to)… given the large variety of troops you can develop in the game (depending on what area you are from and what technologies you develop/buildings you enhance) you might think that there’s scope for the battles to be quite nuanced… but they don’t feel as fully fleshed out as might be expected… I would imagine creating a completely immersive real time battle simulator on top of a global conquest game would be a herculean effort.

I think as long as you know what to expect going in… this could well be a fantastic game. If you like fiddling over the minutia of your empire then you will probably love this game. If like me you’d prefer a bit less worrying about the small stuff to your rule… perhaps give it a miss.