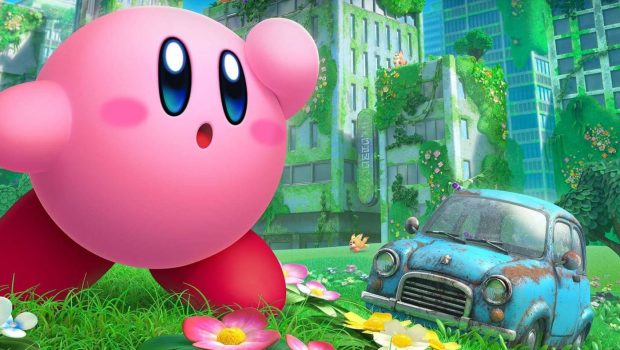 Kirby and the Forgotten Land Review

Summary: A great game filled with the cutest adventurer in the Nintendo Universe for the first time in 3D

I was so excited to review this game! For quite a while I had watched the trailer and wondered if it could live up to the hype, and now I am so pleased to tell you that it does! Kirby is such a wholesome game that it is near impossible to put it down once you get going. I for one did so begrudgingly.

The story is simple enough, Kirby is ripped from his world Planet Popstar and taken to a strange world that looks as though civilization has finally gone to ruin. Whilst not as perilous as the world in The Last of Us, this world has seen better days and with your help Kirby will do his best to make sure that the inhabitants are happy and safe! 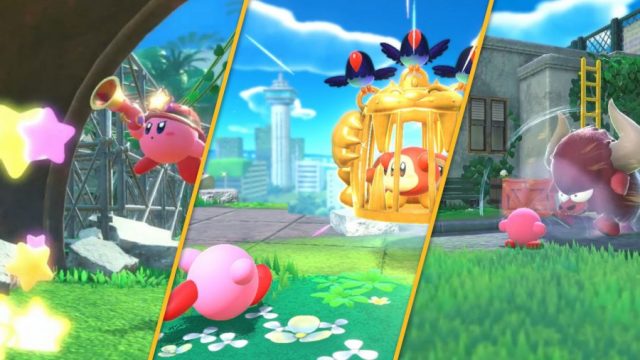 The friendly natives of this world; the Waddle Dees have been captured by the Beast Pack. When we say Beast Pack, bear in mind that these are some of the cutest beasties that you are going to lay eyes on for some time! Everything in the game looks stunning and is a joy to look at. Frankly it is an overload of CUTE packed with some amazing gameplay.

Wandering from area to area in the world, this is the first time that Kirby has been in a 3D world and sometimes that shows with very mild issues with the camera, particularly when he is running toward the screen as you bring him forward. The distance is a bit off as is the feeling of control. Ultimately it is not something that detracts too much, but I do wish we had a bit more control over the camera to swing it behind Kirby as he races at the screen. 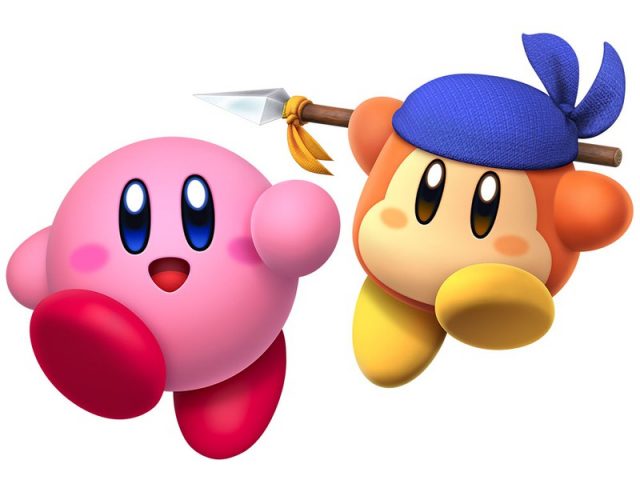 Each level in the world has a certain amount of objectives and one of these is saving the Waddle Dees. Each little creature you save goes back and builds up their village which is your home base for the game and where you essentially get things to assist you in your quest. It is gratifying to get everything in a level done, but on occasion a repeat might be required as some ways to your objective will stop you from going back and completing tasks.

It is such a joy working your way around this game and combine the stunning visuals with the jubilant soundtrack and it is just a recipe for a good time. If you are new to Kirby and just what he can do, get ready to become some of the zaniest things you can imagine, and laugh out loud at just how cool he looks doing it. 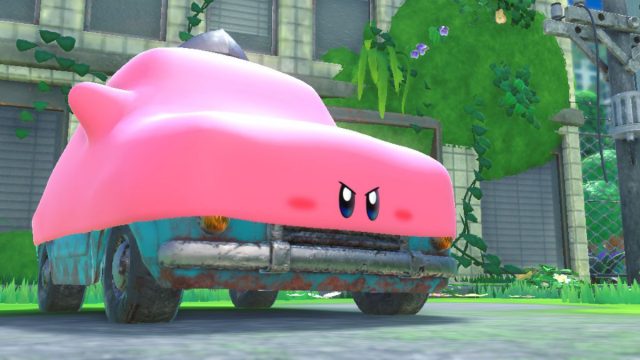 Kirby has the ability to become other items by inhaling them. This leads to some many wacky combinations. I won’t give them all away here but the very first one is a car and even I laughed when i saw that transformation. It’s just too cute for words and the ability leads to even more gameplay options. Speaking of gameplay, this game is accessible to almost everyone. Kirby is easy to control with only a couple of exceptions regarding steering him over narrow ledges or bridges. The small faults with the camera also saw me misjudge jumps which made him fall.

This is a short game if you just want to plow through it. I was able to finish it in 15 hours and that was me going back to complete things. The variety of the levels and their environments make it easy to forgive the short time though as it is pure fun from start to finish. Most of the things you do in the game are actually optional if you are wanting to play through it quickly. Why you would want to hurry the experience  though is beyond me. 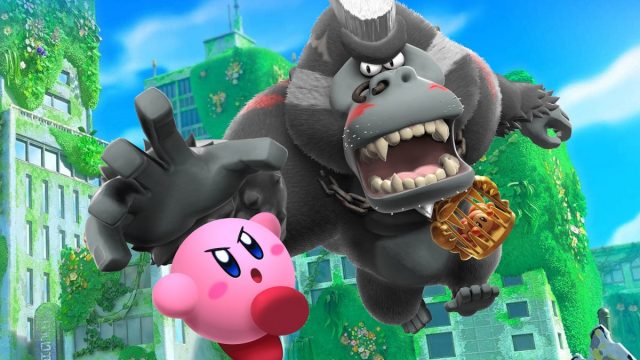 Graphically it is a bright and well realised world you are playing in. Handheld mode looks good, and even docked doesn’t look too shabby all things considered. For most of the time I played with the Switch docked. The puzzles that you need to solve to get around keep you guessing and the fighting is fun. Usually whatever ability Kirby has at the time will be more than sufficient to get you through.

Interspersed through the game are levels called Treasure Roads. These are fun levels designed for you to put Kirby to the test with the abilities you have. They can be time or accuracy based and whilst they have no real outcome on the game itself, they are fun enough you will go back and see just how well you can do.

Coins, treasure and stars can be used to upgrade your Mouthful abilities. Make sure you check just how crazy you can go with these! It won’t impact your game too much if you don’t but it is still a lot of fun. Two player local coop has also been included and leads to a lot of fun. Player two plays as Bandana Waddle Dee and whilst not as cool as Kirby, can also get in the mix  with their spear. He has no abilities really beyond this point, it would have been neat if there was another colour Kirby’ish character that both gamers could have had the same level of fun. This is not to be, however, and I was still happy that someone could jump in and play at any stage of my game. There does need to be a tweak done to the camera as it remains on Kirby constantly and rubber bands the second player.

Kirby and the Forgotten Land is a fantastic game to play that gamers of all ages will rip into and have a great time. I recommend it to you all and I am sure that the graphics, sounds and clever innovations will have you in fits of laughter as you play your way through the cutest post apocalypse ever.