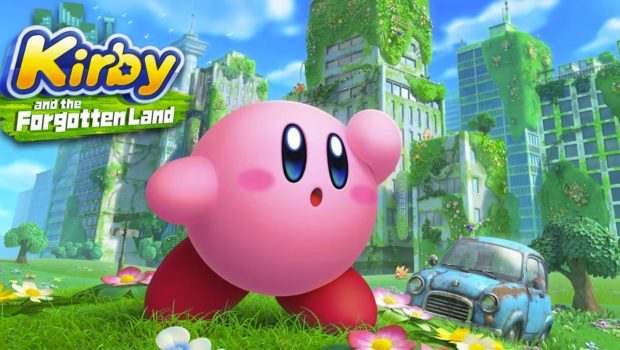 Kirby And The Forgotten Land Out Now For Nintendo Switch

Kirby and the Forgotten Land for Nintendo Switch is out now.

In this new 3D platforming adventure, players can freely navigate stages in a vibrant world devoid of civilization using Kirby’s familiar copy abilities as well as the brand-new Mouthful Mode.

What lies in store for Kirby and his new friend, the curious Elfilin, as they explore a mysterious setting filled with abandoned structures from a past civilisation? When setting out to free the Waddle Dees, it can be useful to explore every nook and cranny along the way.

Players can make use of a range of Kirby’s abilities against his foes – and they will put up a challenge, so along with Kirby’s iconic copy abilities there are new ones as well. Additionally, with the new Mouthful Mode, the latest addition to his powerful repertoire, Kirby can inhale real-world objects to assume unique transformations that help the pink puffball tackle obstacles or solve puzzles.

Kirby can also be joined by a co-star on his adventure. A second player can take part in the fun as Bandana Waddle Dee. Jumping into two-player co-op play on the same console is as easy as sharing a Joy-Con.

Time for a break? Kick back between stages in Waddle Dee Town, which serves as the central hub of the adventure. The town will develop based on the number of rescued Waddle Dees, with different shops and games opening along the way as the player progresses. Wise Waddle Dee can also be found in Waddle Dee Town and will pass along helpful hints. By going online*, it’s possible to learn details based on global player data, such as the total number of Waddle Dees rescued around the world and the current most popular copy ability.

Anyone who wants to get a taste of Kirby’s various copy abilities and the new Mouthful Mode ahead of the game’s launch, can check out the free demo available in Nintendo eShop.

Kirby and the Forgotten Land is out now on Nintendo Switch. In this 3D platforming adventure, Kirby sets out to rescue Waddle Dees in a mysterious world. A second player can join the journey as Bandana Waddle Dee in two-player co-op on one console. For anyone who wants to get a taste of the game, a free demo featuring three levels from the first world is available in Nintendo eShop.