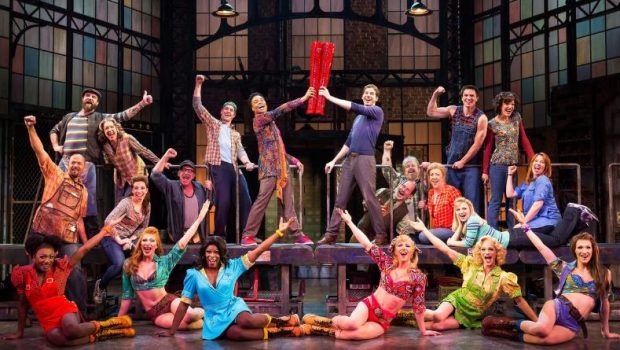 Don’t miss the most uplifting, sassiest new musical to strut into Australia! Kinky Boots must leave Melbourne’s Her Majesty’s Theatre on March 26 before its sparkling arrival at Sydney’s Capitol Theatre on April 12.

Final tickets are now on sale in Melbourne while the Sydney season has just been extended until June 25. Amex Card Members can jump the queue with access to pre-sale tickets from 9am today, before they go on general sale next Monday.

Kinky Boots, the multi-award winning production with songs by pop icon Cyndi Lauper, takes audiences on a hilarious journey from a working class shoe factory to the runways of Milan.

The feel-good musical has played to packed houses and nightly standing ovations since its glittering Australian premiere in October last year. Audiences have fallen head over heels for the smash-hit show and its red-hot Australian cast, led by principals Callum Francis (Lola) andToby Francis(Charlie).

Tickets are available from kinkybootsthemusical.com.au.

“A HEAD OVER HEELS DELIGHT”
The Guardian

“SHINY, SASSY AND FULL OF HEART”
The Herald Sun

“FOR ALL AGES; ABSOLUTELY BRILLIANT”
Gold104.3