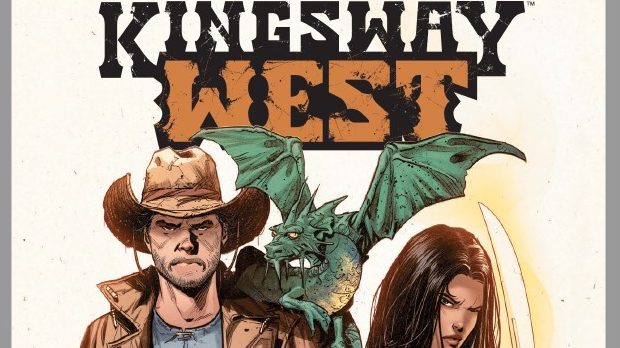 There used to be an ad on tv with what you could call a catch phrase that was “Western science meets Eastern tradition”… that could almost be used as a summary for Kingsway West. The Wild West has long been a wealth of story material… but every now and then someone takes the standard line and gives it a twist, something to just add a new flavour to spike new interest. Greg Pak has thrown magic into the mix to develop a whole new layer in the otherwise familiar Western genre. 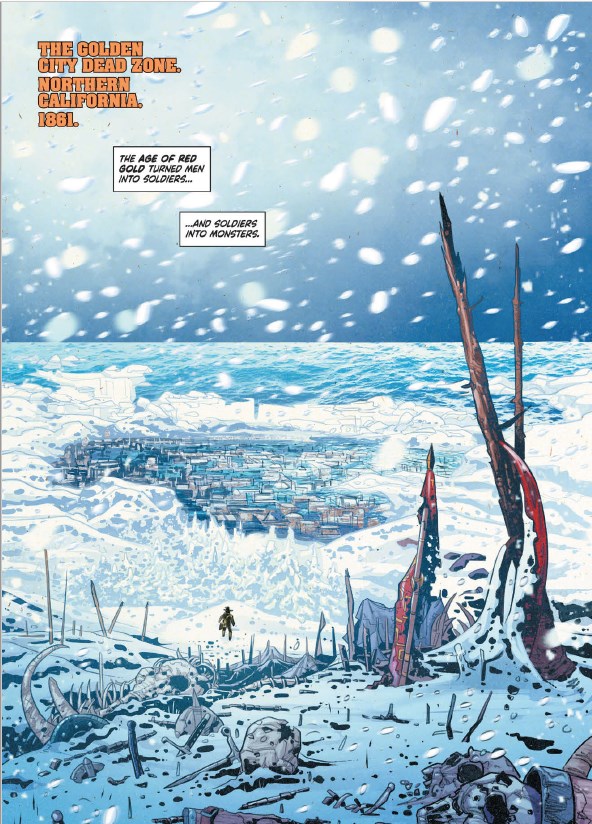 You basically can’t have a Western without a Gunslinger, Greg Pak doesn’t go against the grain here but as mentioned above… this West is not like the one we know, a substance known as Red gold gives magical abilities and is the cause for conflict between the powerful and those just trying to get by. The core of the story isn’t entirely new, the notion that someone who has lived a life of questionable moral value just wants to settle down and put their killing ways behind them. Events will conspire against them to force them to return to that which they arguably do best. Kingsway’s legend precedes him… even when he would rather become a nobody. There’s a major conflict on the horizon and he can’t stop from being drawn into it… just when the thought he was out, they pull him back in. Though not new… it is an effective way to add drama. The question can someone who has spent their life as a gunslinger, killing people as their main way of making a “living” find peace… can they possibly find redemption on the way? 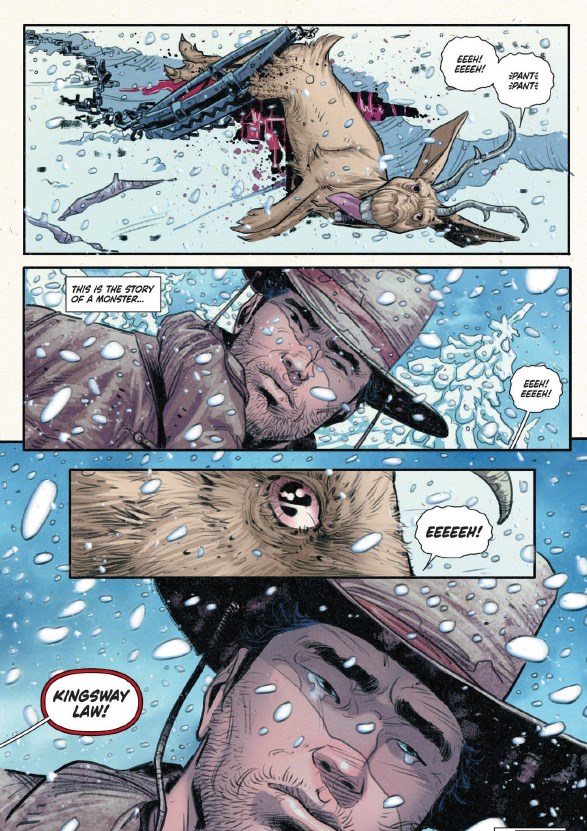 There are some nice gritty images in here that look as though they could have been from the dime novels of the era (or the alternate era in this case). The depictions of the countryside do a great job of really emphasizing the scale of the landscape and the space between settlements… essentially the Wild of the Wild West. You can get a real sense of the hostile nature of not just the people and animals of this world but the landscape itself. Mirco has done a great job fleshing out this Westworld and Wil Quintana’s colours just make those scenes pop. 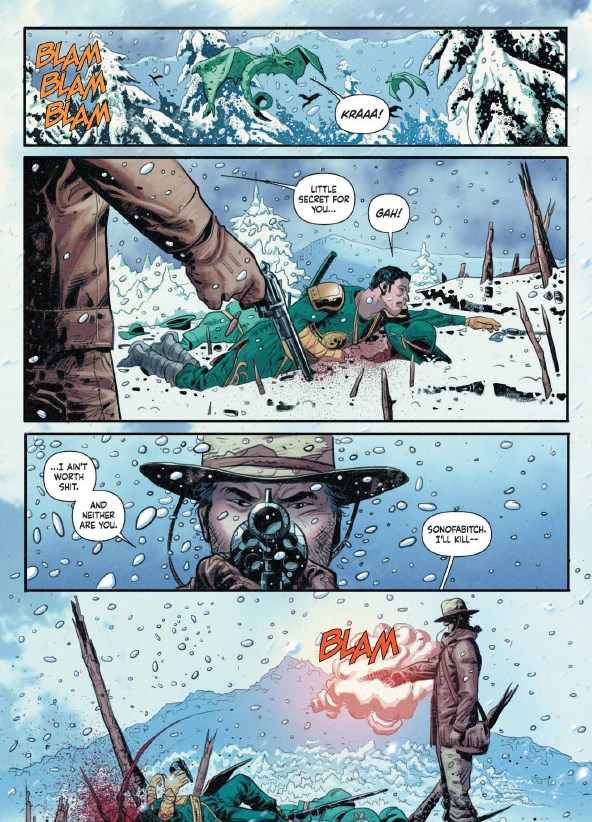 I’m not alone in being a big fan of the Western genre… I’m quite partial to tales of magic as well so combining the two seems a great way to double the fun. There’s quite a bit here but I get the feeling we are only just scratching the surface at this point. It’s done what it needs to… it’s whet my appetite for what is to come. 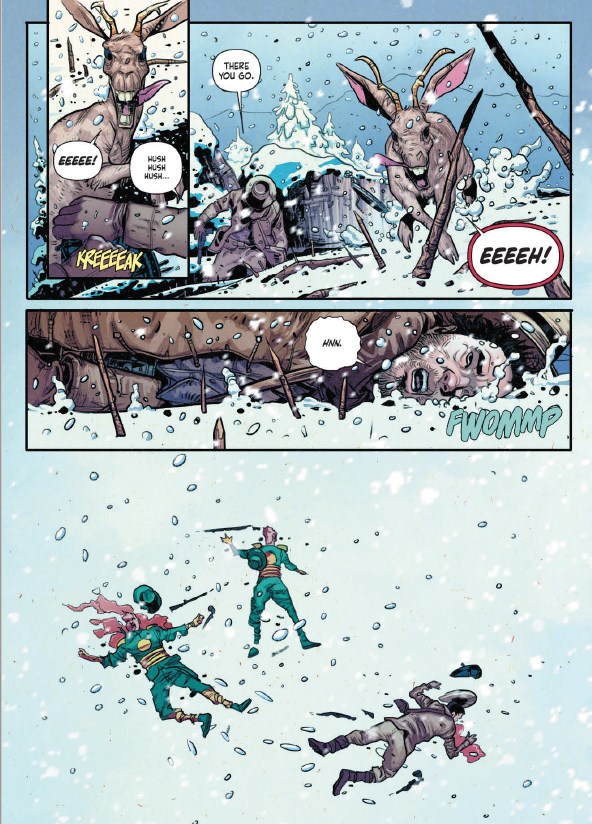