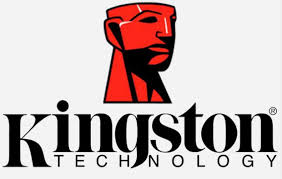 Sydney, Australia – October 8, 2013 − Kingston Technology Company Inc., the independent world leader in memory products, will soon begin two global competitions to further show its support and commitment to the eSports and the enthusiast community. The HyperX® DotA 2 League features 16 of the world’s top professional DotA 2 gaming teams battling for a large cash prize. On October 7, HyperX will begin an open global overclocking competition. The finals for both competitions will be held during 2014 International CES® in Las Vegas, Nevada.

The HyperX DotA 2 League tournament begins later this month with 16 teams competing for a total of $50,000 USD (AUD$53,265) in prize money. An additional $40,000 USD (AUD$43,600 ) will be offered to cover flight and hotel for the top four teams that advance to battle each other in Las Vegas for the championship. Each match is a best-of-three maps and all matches will be broadcast live so fans can follow the progress of their favourite team. The format and complete competition details can be found here.

Working together with HWBOT, the premier informational website for overclockers and performance enthusiasts, contestants will compete to post the highest benchmarks for Maximum Memory Frequency, Super PI and Intel® XTU. Beginning October 8, there will be an open online qualifying competition lasting four weeks. Winners will be determined weekly with the five final contestants competing in January 2014 during CES. For the finals, components will be supplied by Kingston and its partners: ASUS, Cooler Master and Intel®. Complete rules can be found here.

“The HyperX 2013 DotA 2 tournament will be epic as the best professional gaming teams in the world battle each other and fans will be able to watch every minute live online,” said Kingston. “We are also very excited to hold an overclocking competition globally to see how far HyperX memory can be pushed. Both events will be fun and exciting for gamers and enthusiasts.”
Please visit the Kingston HyperX Website for more information.