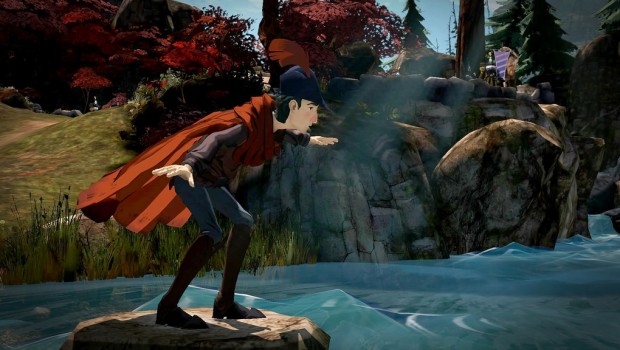 King’s Quest Behind The Scenes Video

Sydney, Tuesday, June 2 – Sierra™ today released a new video in its developer diary series with developer, The Odd Gentlemen for King’s Quest™, the upcoming reimagining of one of adventure gaming’s most influential franchises.

“King’s Quest – Music with Character” goes inside the studio for a listen at how story sets the tone for King’s Quest’s new soundtrack. For composer David Stanton, scoring a world teeming with as many fantastic creatures and strange personalities as King’s Quest demanded a thematic approach, one in which the unique essences of the characters inform the music that accompanies them. As an aging King Graham guides players back through the lost tales of his youth, those recurring motifs will be critical to exploring the people and events that shaped his destiny from humble beginnings to heroic nobility.

And if you missed them previously, check out Sierra’s other recent King’s Quest developer features, which go into the trenches with The Odd Gentlemen for a closer look at the game’s beginnings, incredible voiceover cast and hand-drawn art design.