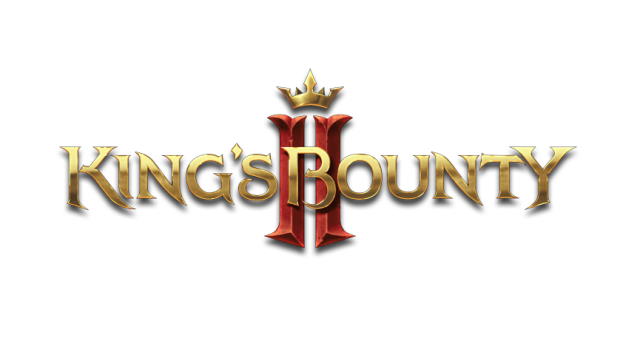 I don’t know when I first started playing the King’s’s Bounty games but it feels like quite a few years ago now. As stated in my preview for King’s Bounty II, I’ve played all but I think one of the games in the series (my Steam Wishlist tells me it’s Crossworlds that I haven’t played yet) but I’ve loved every one that I have played… that remains the case after playing King’s Bounty II.

The world of Nostria is shrouded in darkness. Conspiracies are afoot, blighted creatures plague the lands, bandits seek prey on the roads and counties are demanding independence. The only hope for salvation may lie in the hands of someone thought to be a criminal. 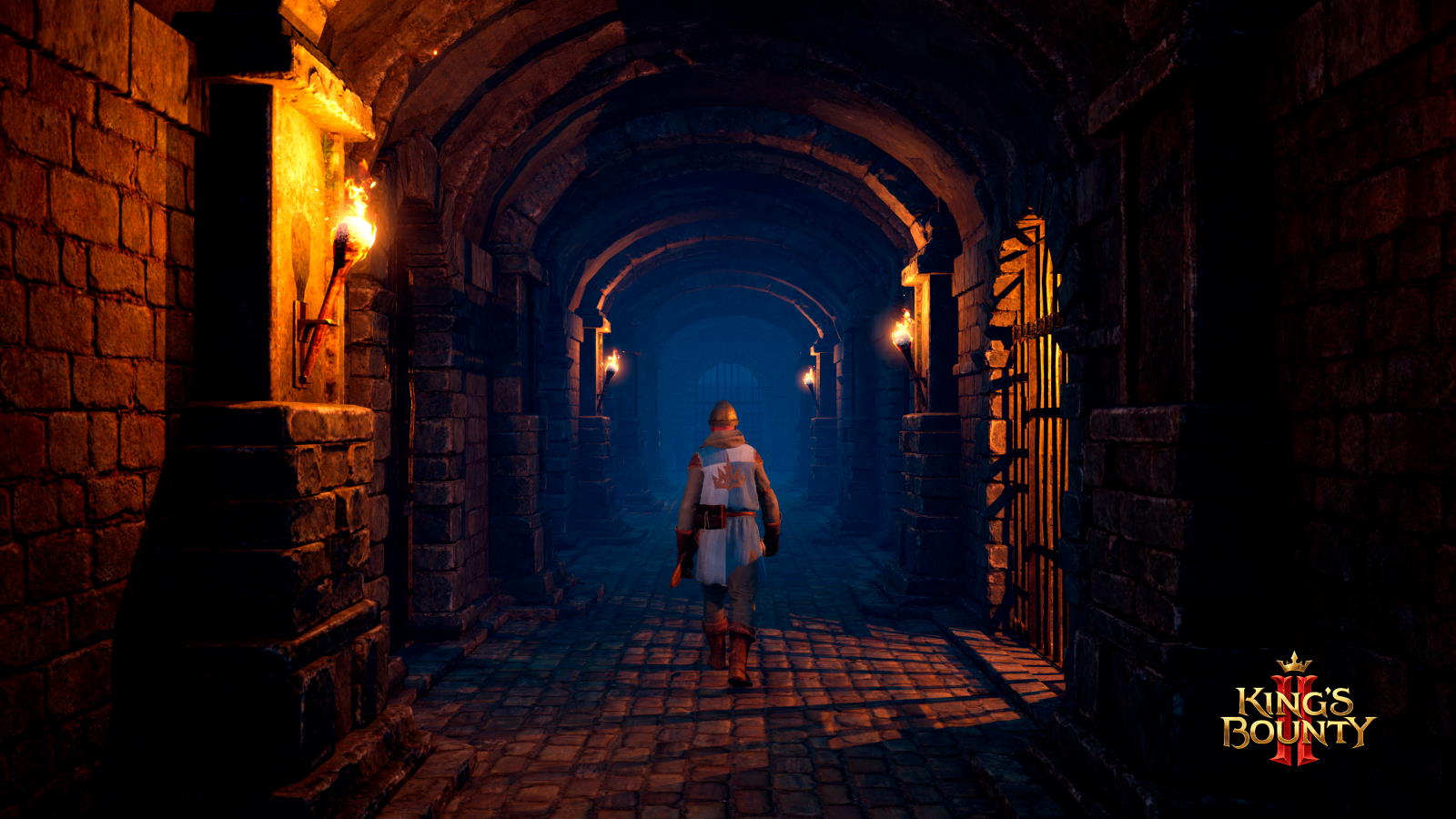 You begin your journey being released from jail and tasked with trying to unravel what is going on (a thread that as you keep pulling will reveal more and more layers of plot and intrigue). You are given a handful of supplies and sent on your quest to learn who or what is behind the threats to the kingdom. 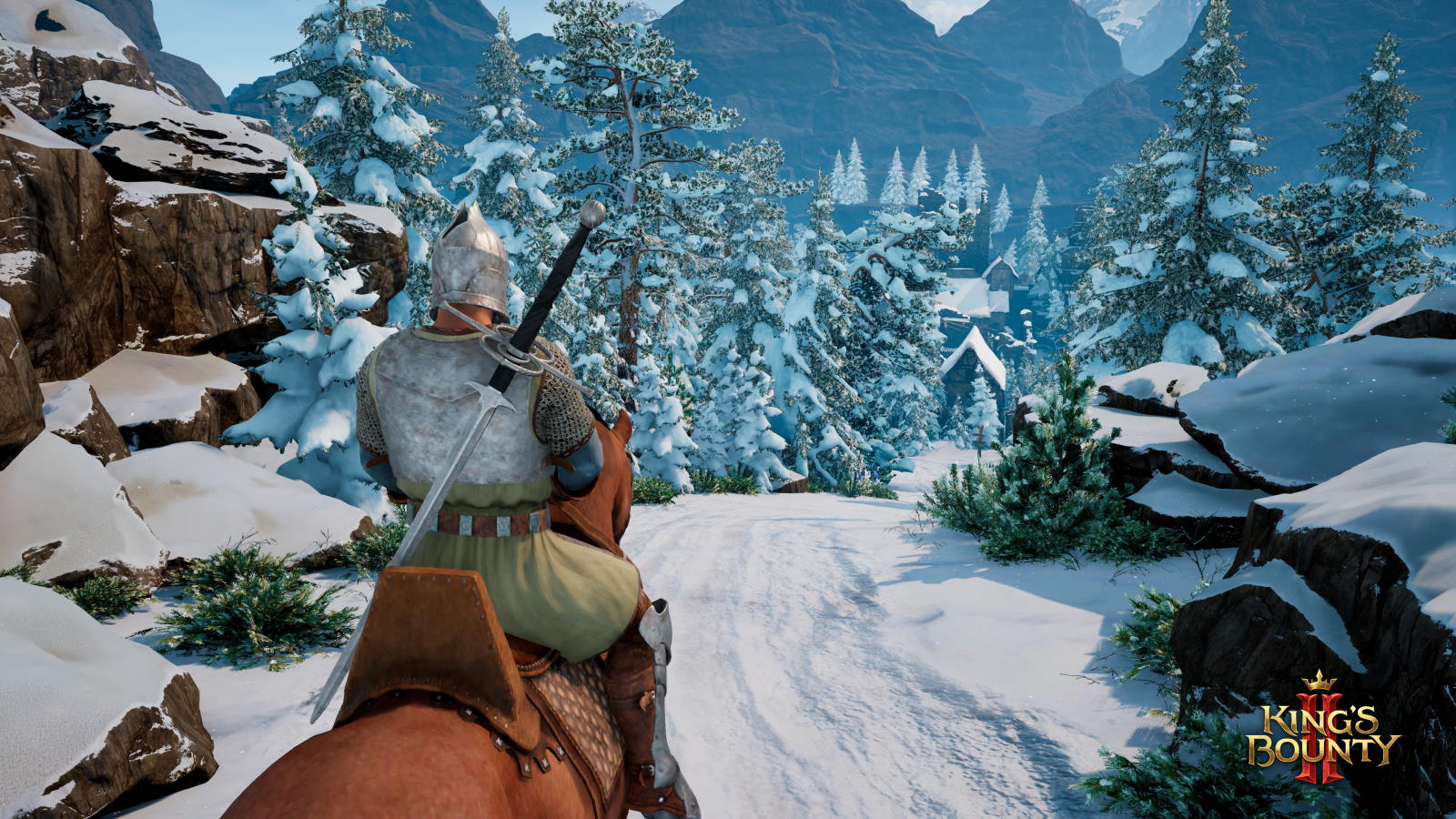 So how does it compare to former games in the series? The core is the same… you have a force that you can build up and shuffle around, mixing and matching troops as you see fit. You can acquire and learn spells and gain artifacts/items to increase your powers/talents. The differences are, well, the most obvious is the view. Rarther than being a more or less isometric view, your view is now basically third person, primarily over the shoulder (or hovering a little behind) of the main character. You can move the camera around the character though… but I wouldn’t want to do it too much while moving. Stats are slightly different in that now we have four “trees” or strengths. As you complete quests, some will give you a choice between two approaches… the more quests you complete with a given method (say finesse rather than force) the more points you will obtain in that element. Each of those elements have their boosts that you can unlock and level up as you yourself level up. Complete enough quests, reach the next level of skill and you are given points to assign to characteristics. These characteristics can give you or your troops buffs, increase the amount of loot for winning battle, allow extra spell usage etc. 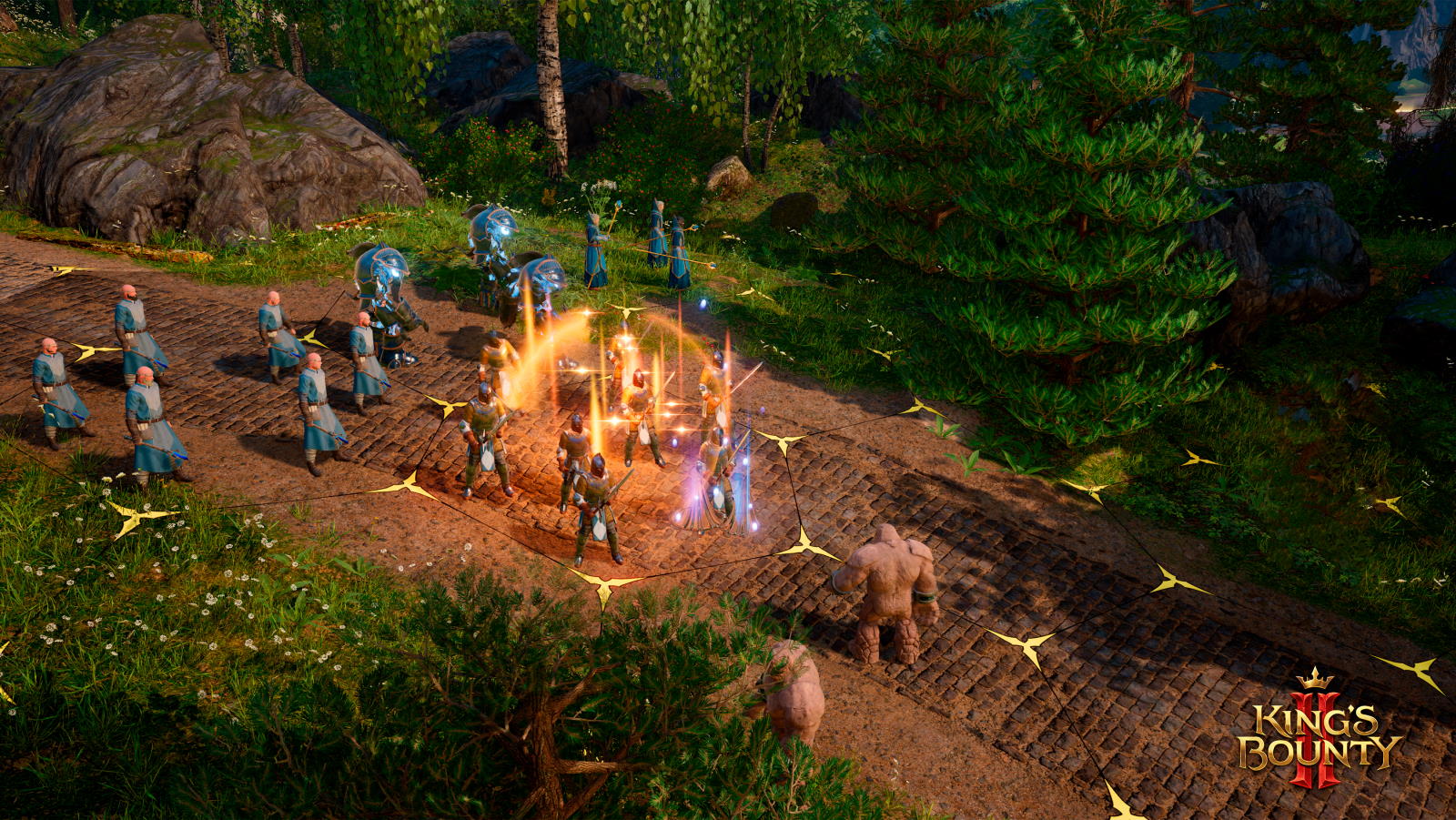 Speaking of spell usage… no longer can you wander around waiting for your mana to built up… now mana is a found item or a boosted item at certain points around the map (but these are once off boosts as once they have been used they are no longer available for future top ups). It takes a little to get used to but you get some mana topped back up after a battle and so you just have to learn to balance between learning new spells, levelling up spells and making sure you have enough mana to actually use spells in battle. 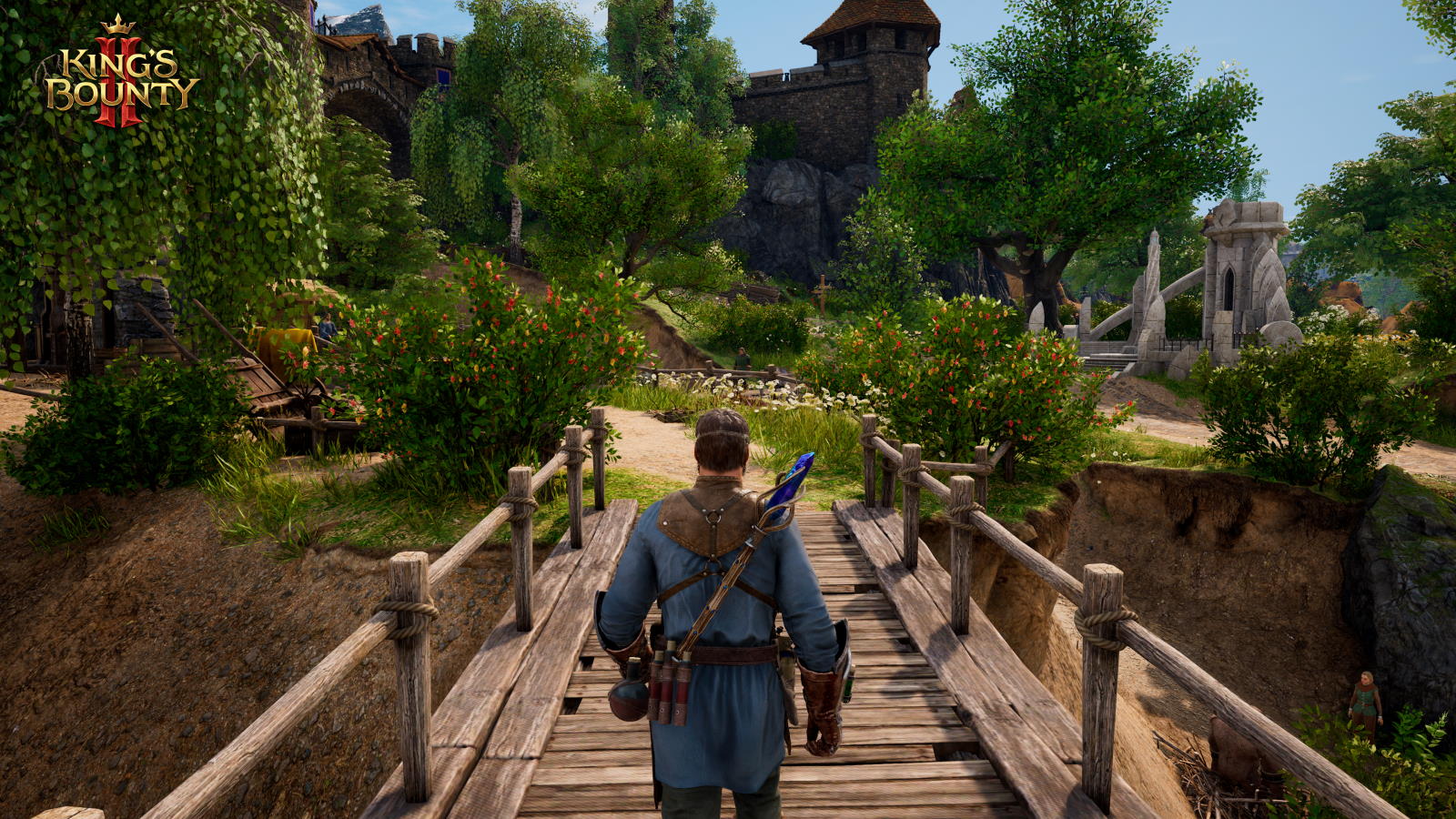 Those quest choices you make to unlock different talent tree points, also come with an impact on the people of Nostria. Your interactions seem to have a much greater impact on the story now than they used to… or to put it another way, things seem slightly less linear (I say slightly because ultimately you are still going to be following the main storyline… but at least now you seem to have a few choices for how that story falls together). Much like the earlier games in the series… you can try and run straight from the beginning to the end only completing the main quest line… but you would be far better off spending time completing side quests as these will lead to far more skill points being awarded and subsequently being able to level up to a much more powerful character. Speaking of characters… you can now choose from one of three. Essentially you have a Melee hero, a magic user hero (whose a bit snobbish for my liking… but she does get a bit nicer as things go on)… then we have a Paladin… an all rounder who can hold her own in a fight but also has a touch of magic to fall back on.

So there are certainly changes over the original series but they aren’t changes that really change the heart of the game… at it’s mana filled middle this is still the same King’s Bounty series you’ve come to know and love… just now a lot prettier! 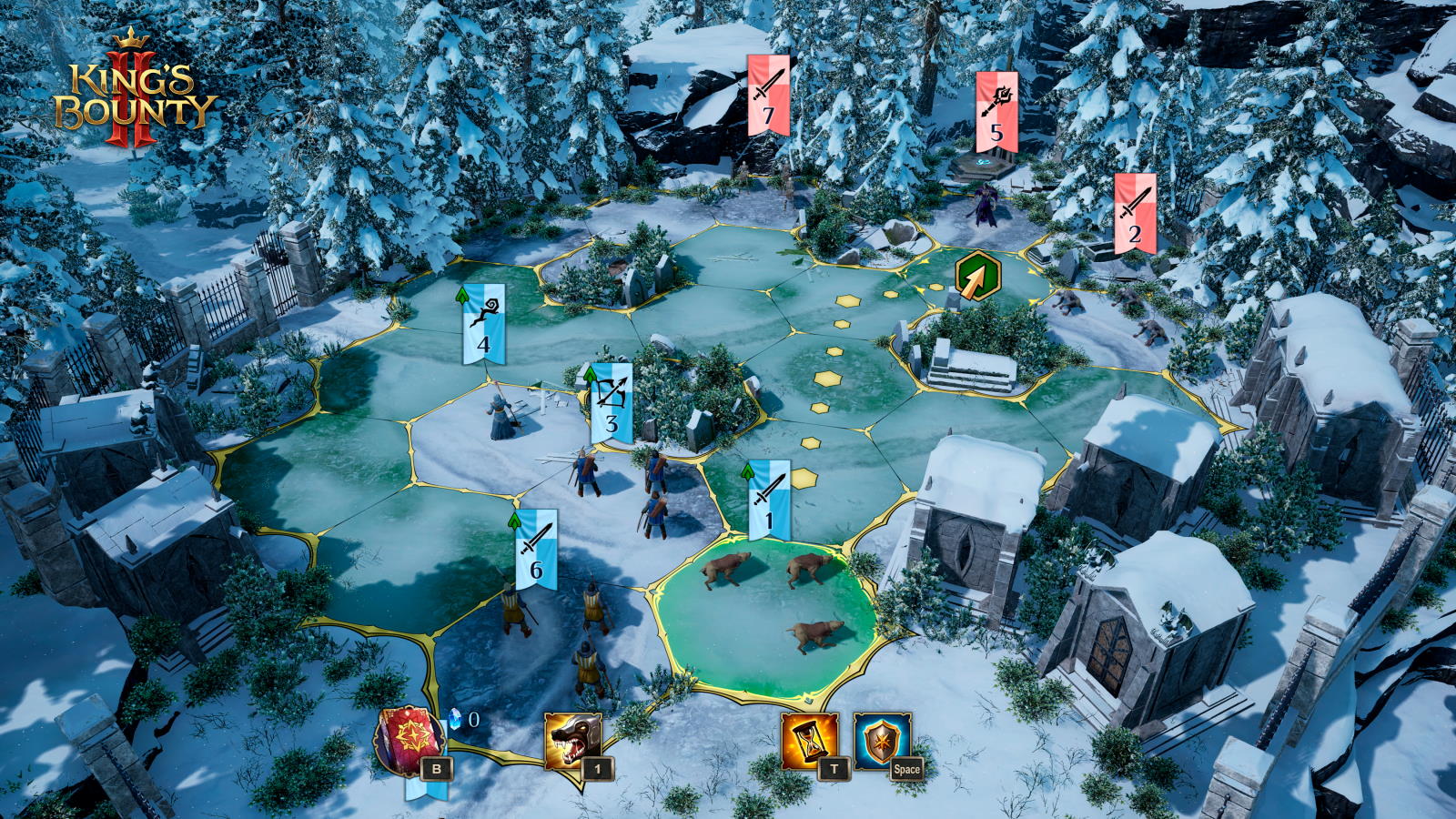 I’m enjoying it as much as I have any of the previous games and I’m nearly 70 hours in so I’d say it’s pretty decent value for money. I suspect most people (certainly myself) have become used to being able to pick up the other games in the series for about $5 or so on special… so having a new game in the series come out at full price seems a bit harsh… but it’s pretty reasonable considering how much gameplay there is here and how much of a technological advancement it is (but yes… you can still get a bit stuck on scenery if you walk/ride the wrong way on/off something… so some things never change).

I’d certainly recommend grabbing King’s Bounty II… if in doubt, wait for a sale… but as I mentioned… I’m nearly 70 hours in and still have some questing to do.