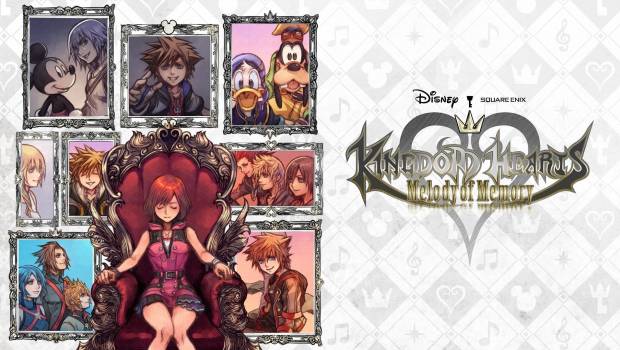 Summary: Kingdom Hearts Melody of Memory is a nostalgic trip down memory lane while also offering a well-crafted rhythm game that is absolutely addicting.

Kingdom Hearts Melody of Memory is the follow up to Kingdom Hearts III but serves as a recap than a brand-new story. Kingdom Hearts III ended a long saga known as the Xehanort Saga that has been ongoing since the release of the first game back in 2002. Melody of Memory is here to remind us what has occurred in the past 18 years since the release of the first game and it does it in the form of a rhythm game. A rhythm game has always made sense for this franchise as it has been known to have a superb soundtrack led by composer Yoko Shimomura.

Square Enix has made their fair share of rhythm games in the past, namely the Theatrhythm franchise which I am a huge fan of. They brought that team over to work on this game and that made the most sense. Melody of Memory does not give you any kind of story when you begin, it just throws you right in. As previously mentioned, this game mostly has recaps of past games and has Kairi narrating over them. The only new bit of story we get is at the very end of the game which can lead to many people being disappointed. I did not mind this myself since I was more so focused on the gameplay. I did like the recaps though, they were well-done summaries of the past games without being too long and intrusive.  This also makes it very nostalgic to me as someone who grew up playing this franchise since I was 5. 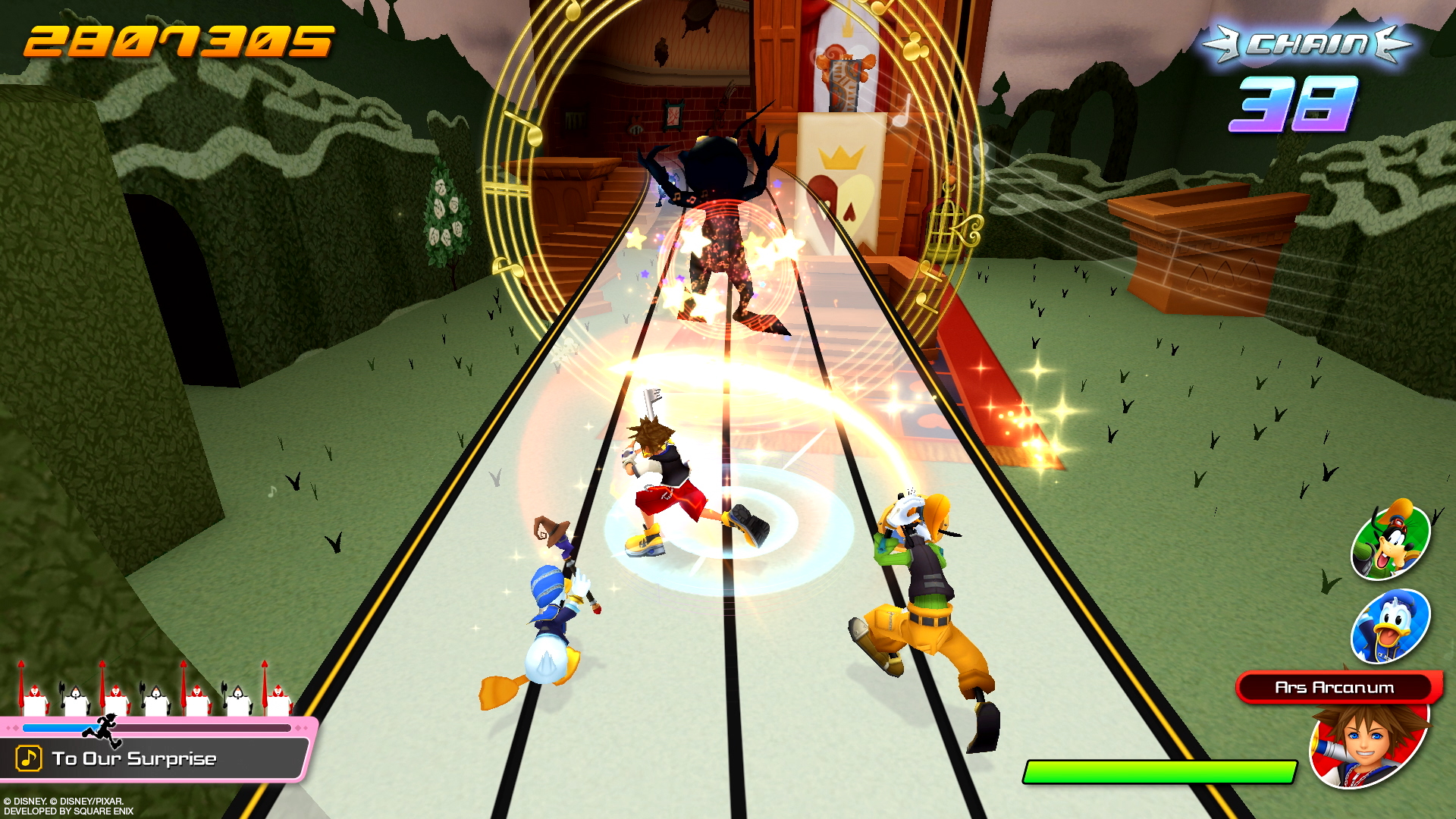 The game itself is filled with lots to do. You get a world map that is honestly a mess. There is just too much here. Although you can zoom out, it is still cluttered. This world map is where you will be spending most of your time since it is how you progress through the game. There are over a hundred different tracks here each with three different difficulty modes. This makes it so new rhythm game players can have a fun time while experts can also have a fun time. At first, I thought this game might be too easy, but a lot of these tracks can be a tough time on proud mode.

The game has three types of tracks. Field battle, which is the standard track type. Memory dive, which is your team flying over a movie playing in the background. And boss battles, which is exactly as it sounds. They are battles where you fight a boss to the rhythm which feels amazing. I tend to retry repeatedly till I perfect tracks, so I have a blast playing the proud mode levels. They are exhilarating and addicting. This also means that there is a lot of replayability in this game and you can pour hours into it without even noticing. Some tracks like “Fate of the Unknown” and “Darkness of the Unknown” start awkwardly since they cut the beginning. This may be due to the original tracks being too long. Some other tracks end at an awkward spot and others feel a bit short. They usually loop the track twice but some tracks are only played once, throwing me off.

There are 354 total stars in this game to collect. You get these stars when you fulfil challenges on a track you are playing. Each track has 3 stars to collect and the challenges are specific to each track. At the moment I have 285 stars and have unlocked every track. I found this to be fun as it gives you the initiative to get better at the game. The game gives you four different teams to choose from that unlock as you progress through the map. The team I have stuck with is the Days team just because they are my favourite trio in the franchise. The main menu also changes at random between these teams just relaxing with music from their respective games. I found this to be nice. 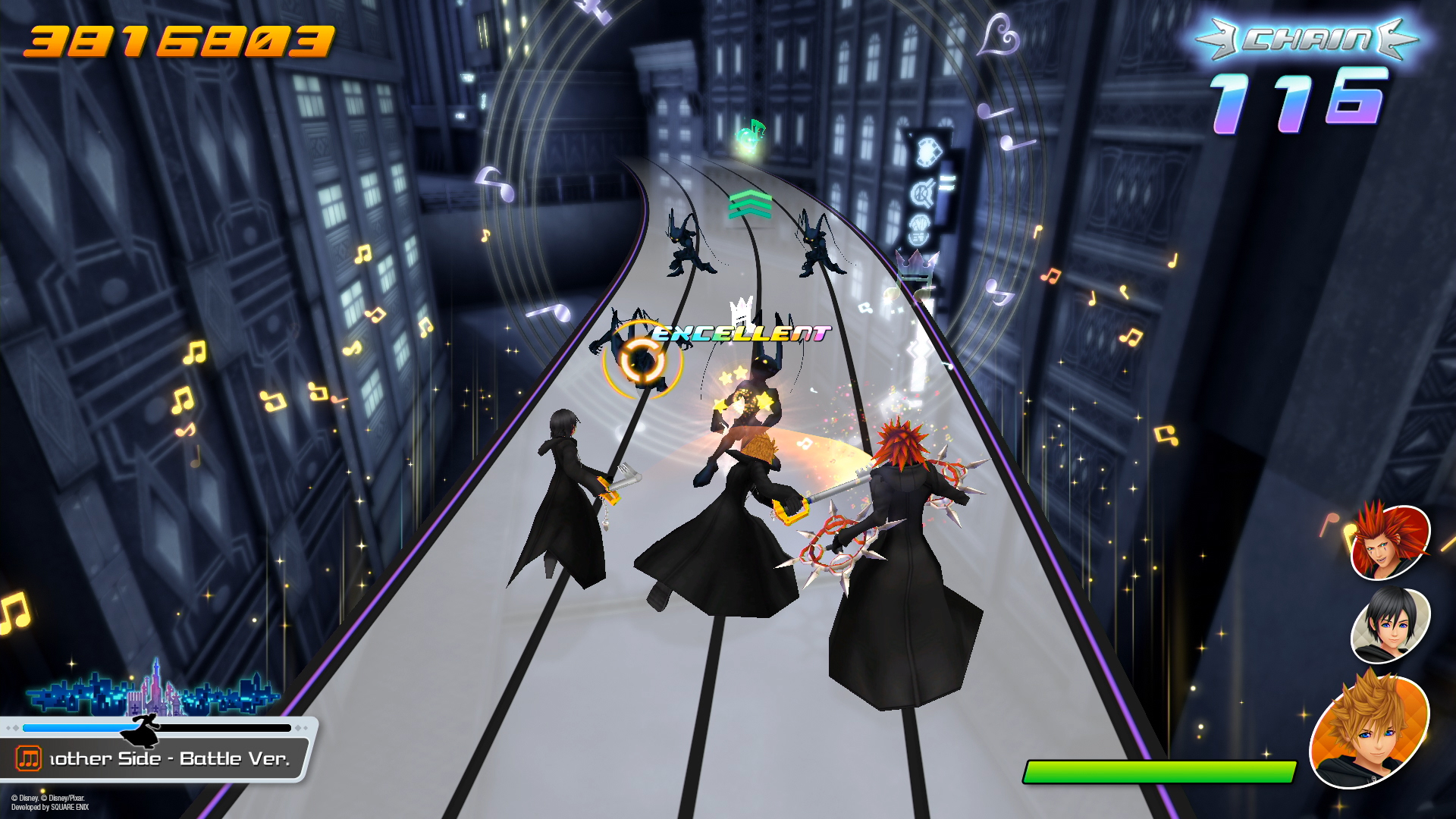 Melody of Memory also comes with two other modes. Co-op for when you have a friend to play with at home. And VS Battles where you can go against other players online or a computer. This is essentially a ranked mode since the more you win the higher you go up the ranks. You can even make a custom profile card. You unlock the icons you use for the profile card as you progress through the game. You can also synthesis them using the Moogle. I love this game mode because it brings some healthy competition between players while trying to get to the top rank. 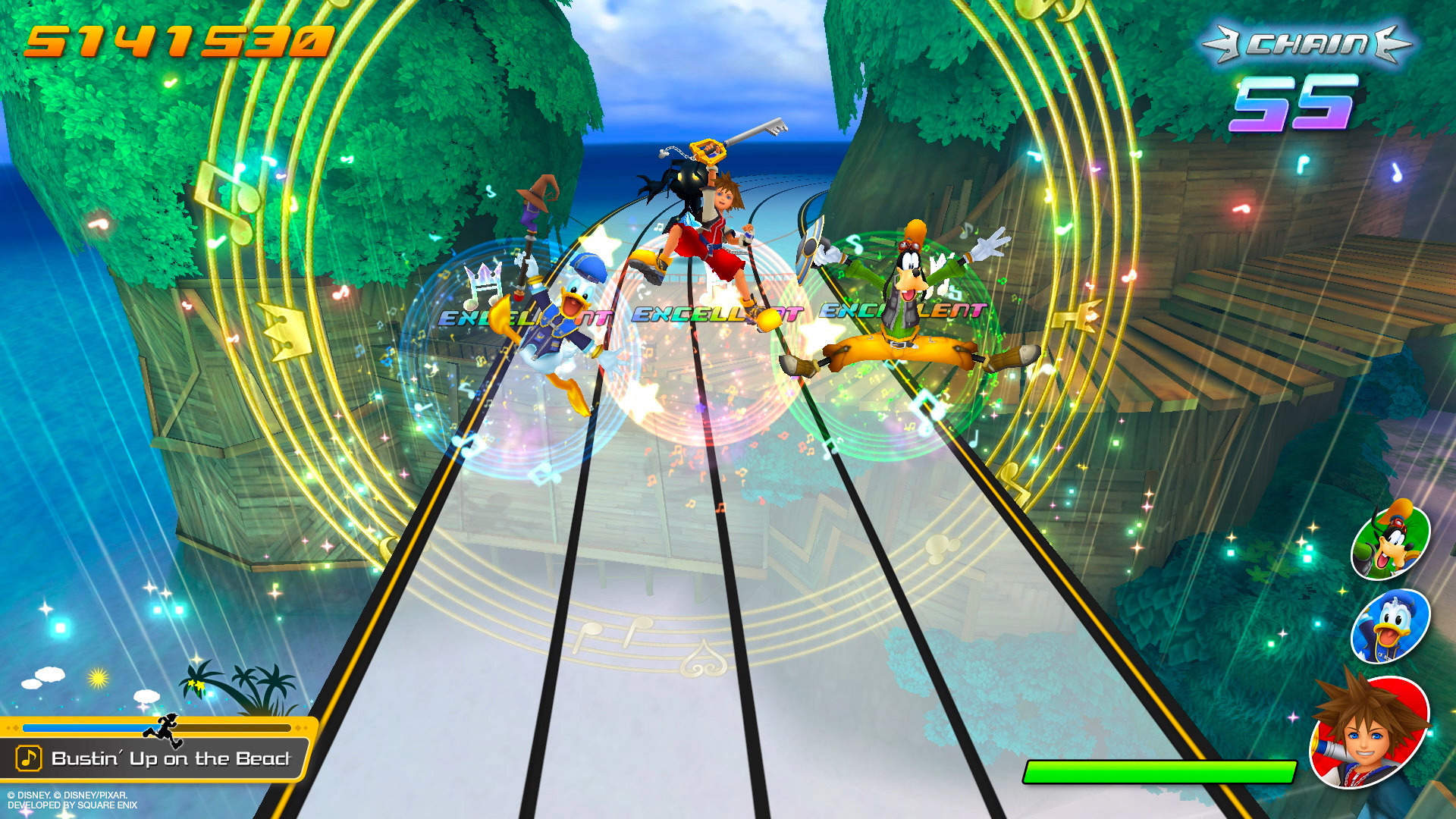 The graphics for this game look great! The art style from the games predating Kingdom Hearts III is used for this game and it looks better than ever. I feel this was the right move as it would take an absurd amount of time to redo all the assets used in this game from the older games. And as beautiful as Kingdom Hearts III is, I feel this art style has much more personality. Going through the levels with assets used from the older games also gets me nostalgic. I found myself smiling on many occasions.

The audio is just as good as every Kingdom Hearts game. And since this game is music focused, they picked the best of the best. They chose amazing tracks for this game like “Lord of the Castle” from Re:Chain of Memories and “Rage Awakened” from Kingdom Hearts II Final Mix. I do feel there were some tracks that they should have included though. The whole end section of Kingdom Hearts III as well as Re:Mind has phenomenal music and I wish they included those tracks. “Dark Impetus” from Birth By Sleep is another one I wish they included. The sound effects are well done. They work great during gameplay and if you do not like them you can turn them down or off in the settings. The same can be done for voice and music. 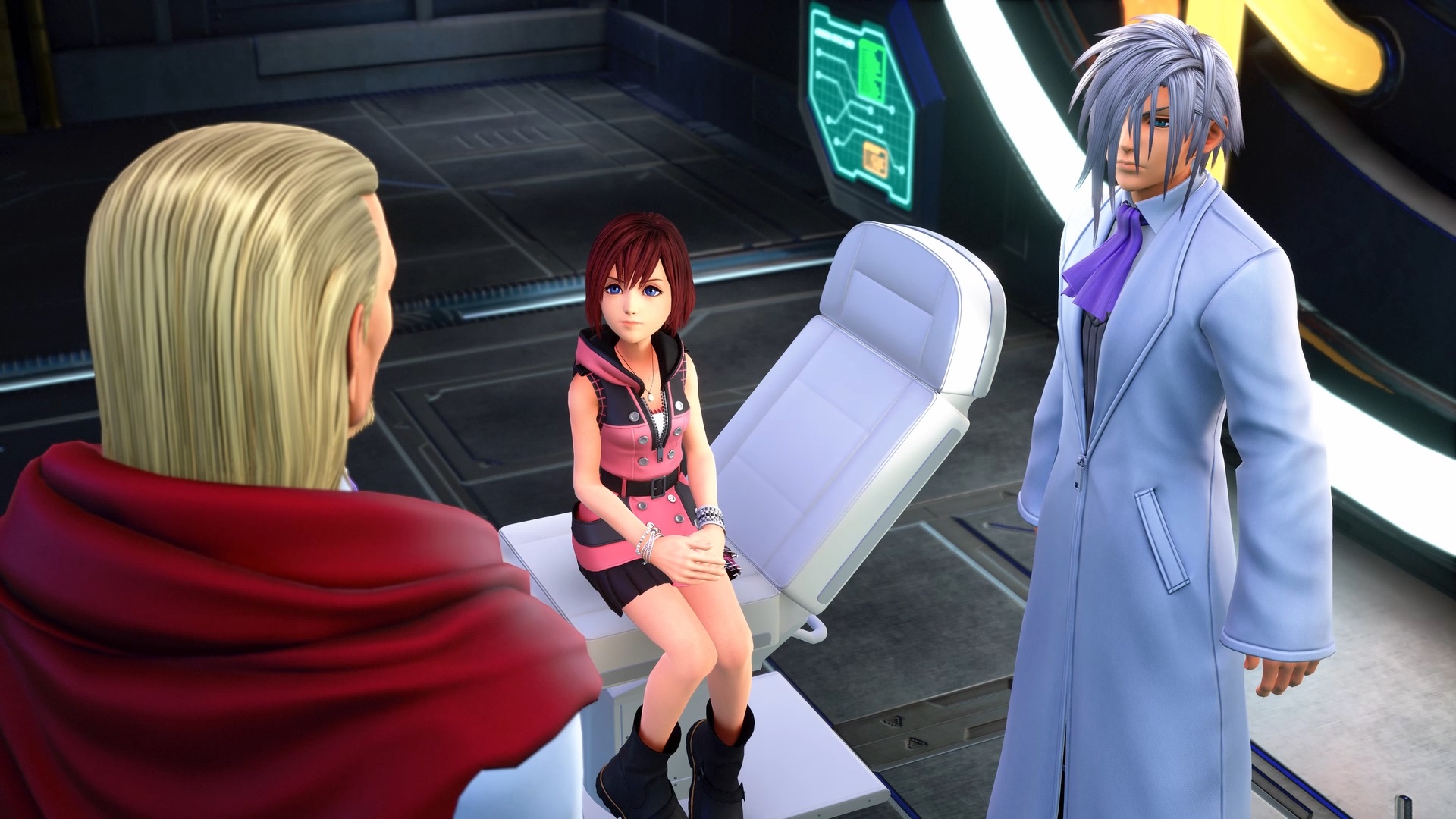 Kingdom Hearts Melody of Memory is a nostalgic trip down memory lane while also offering a well-crafted rhythm game that is absolutely addicting. While there is barely any new story in the game, it offers well-summarised recaps of past games without feeling intrusive. The game gives you a lot to do. There are many well-made tracks and levels, many game modes that will appeal to certain audiences, many collectibles that are fun to get, and much more. The game is pretty and the audio is superb. I do wish some more tracks from Kingdom Hearts III were in this game but other than that and some other minor problems, this game is wonderful. I will definitely be playing more of this as the months go by.

Reviewed on a standard PS4