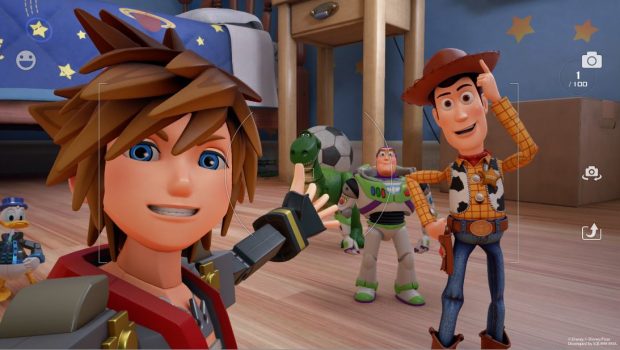 “Face My Fears” is the soundtrack to the game’s opening movie, which sets up players for the events to come in KINGDOM HEARTS III as the ultimate battle for light and life comes to an epic conclusion. With the help of his loyal companions Donald and Goofy, Sora will team up with iconic Disney and Pixar characters in an attempt to defeat the darkness and save the universe.

To watch the Opening Movie trailer and hear “Face My Fears,” visit:  https://youtu.be/2VawSnaxtSI

“Face My Fears” is available today in English and Japanese as part of the “Face My Fears” four-track EP. The EP also features “Don’t Think Twice,” another song by Utada and featured in KINGDOM HEARTS III.

To watch the many iconic Disney and Pixar characters in action in KINGDOM HEARTS III visit: https://youtu.be/a-fmsw5m0Ag

KINGDOM HEARTS III will be available for the PlayStation®4 computer entertainment system and Xbox One family of devices, including Xbox One X on the 29th January 2019. For more information, visit http://www.kingdomhearts.com/