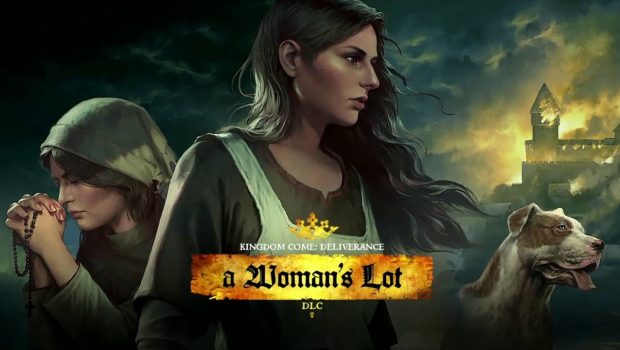 In A Woman’s Lot you play as Theresa accompanied by her loyal dog Tinker in a standalone questline. You will experience the ordinary life in Skalitz and later witness fateful events of Sigismund’s raid from a completely  different perspective. A Woman’s Lot provides the last puzzle of the Skalitz story, as you find out what happened just before Henry was found unconscious.

–      15cm tall Polyresin Figurine of Theresa, painted in silver and with an antique finish

–      Selection of the official Kingdom Come: Deliverance soundtrack on Audio-CD

–      Deliverance – Making of Kingdom Come and Fechtbuch: The Real Swordfighting behind Kingdom Come on Blu-Ray

About Kingdom Come: Deliverance Kingdom Come: Deliverance is a story-driven open-world RPG that immerses you in an epic adventure in the Holy Roman Empire. Avenge your parents’ death as you battle invading forces, go on game-changing quests, and make influential choices. Explore majestic castles, deep forests, thriving villages and countless other realistic settings in medieval Bohemia!