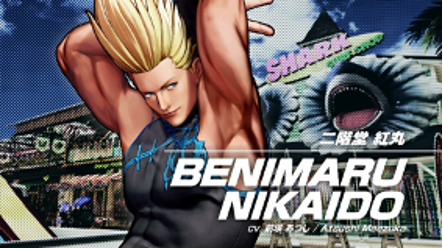 Born into a rich family and raised by his Japanese father and American mother, this shooting star takes fighting to a shocking level. His slender frame enhances his electrostatics and his chiseled legs (built from years of shoot boxing) allow him to land kicks that hit like bolts of lightning. During this tournament, Benimaru’s friend and rival, Kyo Kusanagi, forces him into a position where he must watch over Shun’ei and Meitenkun.