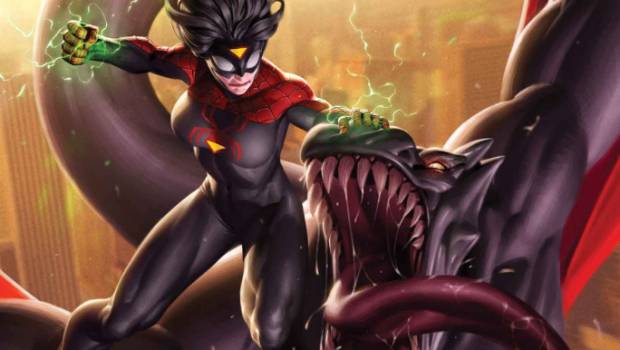 KING IN BLACK DESCENDS ON THE MARVEL UNIVERSE THIS DECEMBER!

\The long-dreaded arrival of Knull, god of the symbiotes, is almost at hand. Backed by a massive army of symbiotic monsters, the terrifying new villain poses a threat unlike any the Marvel Universe has ever seen. The latest chapter in writer Donny Cates and artist Ryan Stegman’s radical reshaping of the Venom mythos, KING IN BLACK is an event years in the making that will change everything you thought you knew about symbiotes.

Eddie Brock has already seen the chaos that Knull will bring firsthand in the pages of VENOM, but he won’t be facing him alone. Knull’s unrelenting darkness will enshroud every corner of the Marvel Universe in various titles debuting this December! This past week saw announcements about new titles and tie-ins showcasing how Knull’s unrelenting darkness will enshroud every corner of the Marvel Universe! Bruce Banner will have to fight through a planet of symbiotes in KING IN BLACK: IMMORTAL HULK #1 by writer Al Ewing and artist Aaron Kuder; writer Christopher Cantrell and artist Salvador Larroca will celebrate Knull-mas with a twisted yuletide tale of unlikely allies in KING IN BLACK: IRON MAN/DOCTOR DOOM #1; and Kurt Busiek, Ben Dewey, and Jonas Scharf’s KING IN BLACK: NAMOR #1 offers a deep dive into Marvel history to learn about Knull’s chilling connection to Atlantis. KING IN BLACK will also tie-in to ongoing titles such as SPIDER-WOMAN #7 by Karla Pacheco and Pere Pérez and the new BLACK CAT #1 by Jed MacKay and C.F. Villa. You also won’t want to miss Eddie coming face to face with the lord of the abyss for the first time in VENOM #31, written by Donny Cates with art by Iban Coello.

“As far as event books go, this is the coolest, darkest, most heavy metal, Cthulhu dark horror thing I’ve ever been able to do,” Cates promised in a recent video announcement. “I still can’t believe that Marvel is letting us go as dark and scary as we’re going.”

Check out Ryan Stegman’s cover for KING IN BLACK #2, and keep an eye out for more announcements about what this epic event has in store for the Marvel Universe when it launches this December! For more information, visit marvel.com.