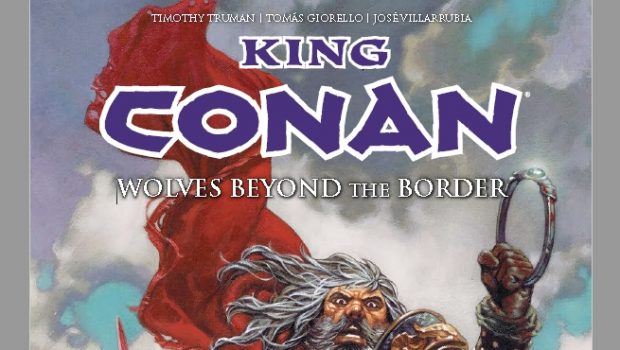 Summary: Conan tires of being a King on a throne and yearns to return to adventuring, chance would have it the opportunity to do just that presents itself.

King Conan lets us see what has become of the once great warrior Conan, perched upon his throne he grows tired of courtly life. An old soldier comes before Conan with stories of Pictish tribes preparing for an invasion of Aquilonian borders. The opportunity to return to adventuring is too great for the former Barbarian and he sets off on what could be his last adventure! 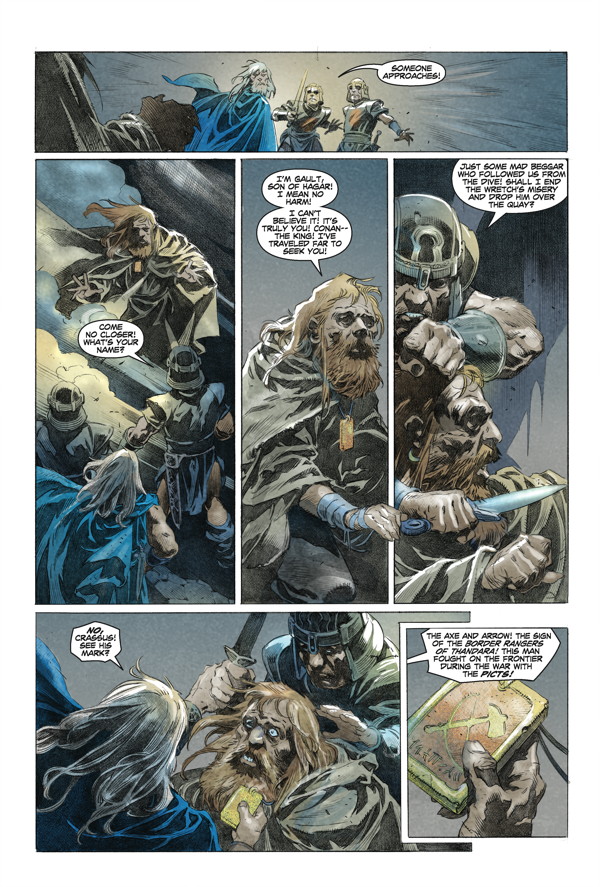 Timothy Truman picks up here were Robert E. Howard left off… or more correctly, he takes inspiration from Robert’s unfinished “Wolves at the border” tale. Even those readers who have only really known of Conan as a king through the cinematic hints (at the end of Conan the Barbarian), the notion of this fierce warrior and hero being content to sit in one place and rule has always been an intriguing one. Wolves Beyond The Border shows us Conan after he has been King for many years. Mixing with the common folk in bars (whilst disguised) is evidence enough that he is not content to simply enjoy his later years in the comfort of his throne. Not just the opportunity to have one last adventure but one that involves the Picts is too much of an allure for Conan and he can not help but set out to once more adventure. 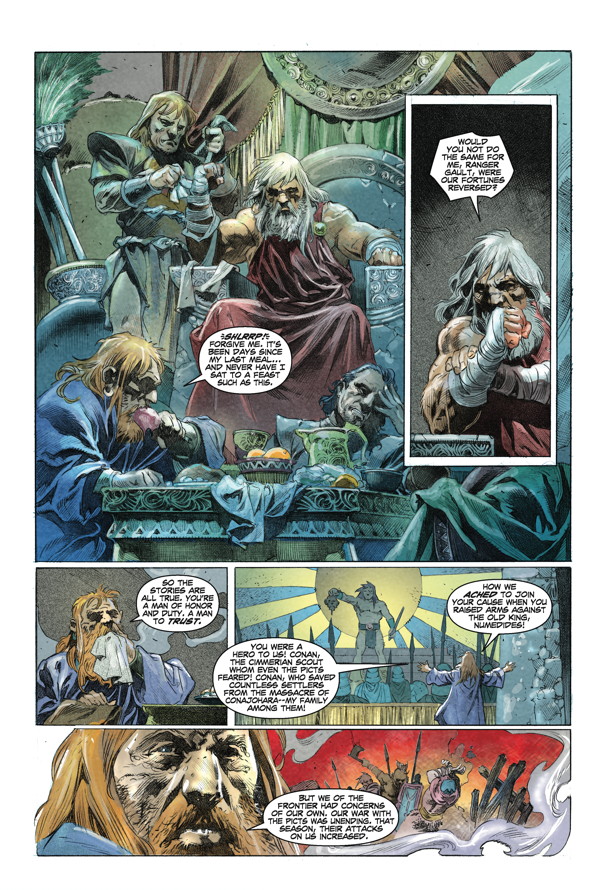 It is clear from the very cover of this comic that great love and care has been put into presenting this Conan story in a very visually stunning way. The detail and colouring is superb and whilst it is not uncommon to have a very detailed and impressive cover that is followed by more modest pages between, King Conan: Wolves Beyond The Border maintains a very high quality of artwork throughout. The first element is without question the detailed artworks of Tomas Giorello but it would be criminal not to also make note of the wonderful colouring of Jose Villarrubia, the subtle shading and tones used through really bring the images to life. Even those who aren’t strictly fans of Conan would have to appreciate such beautiful artwork and it may well be a great lure for readers to enter the world of Conan. 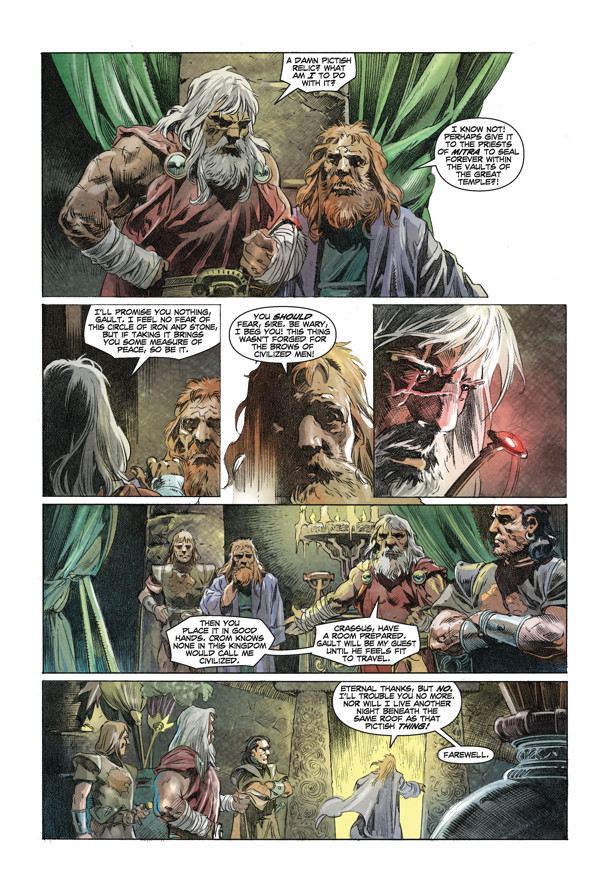 I have long had a desire to learn what Conan would be like as a king, how he would handle the more sedentary lifestyle. King Conan: Wolves Beyond The Border shows me that not only is Conan not really content being an inactive king… but he has maintained his fierceness and remains a formidable foe for any who would stand in his way. 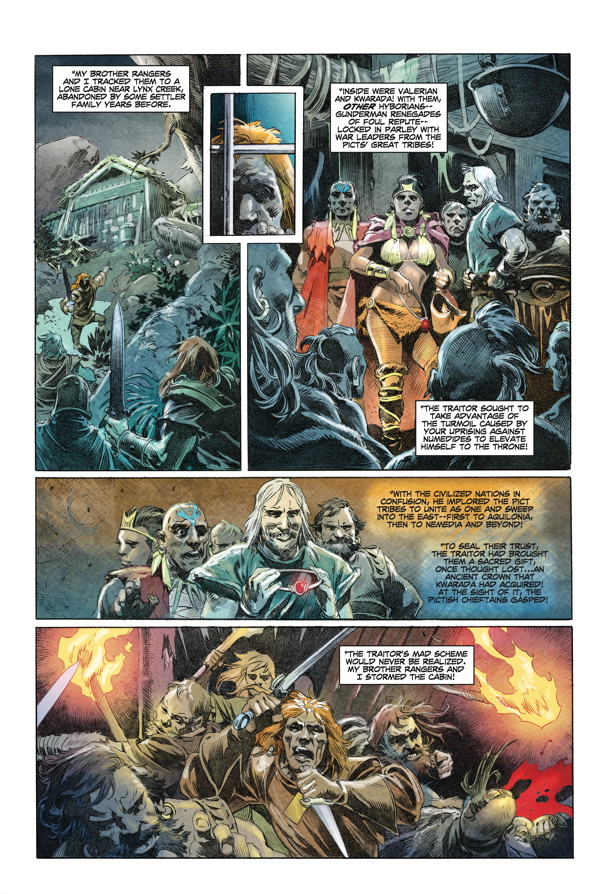