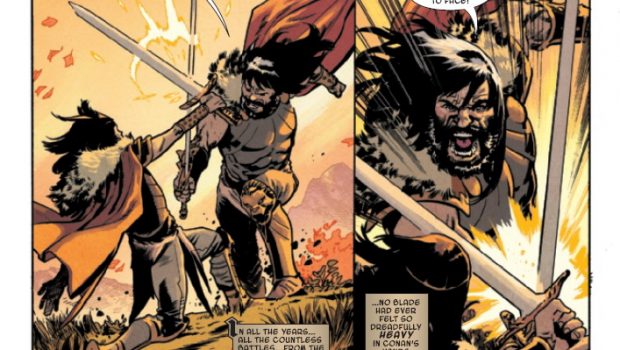 Summary: This took a while to get the point but it worked out well in the end. Would have a lot more impact if you have been on board for the story so far.

Conan is still stuck on the island with the wizard who has betrayed him to try and get away from the undead of the island but has to team up again to get away from another being that has been fighting them. He flashes back to his greatest battle, the one that he had with his son that led him to being in the place he is now.

This did take a while to get to the point and I had dipped out of this series for a few issues only to come back and he was still on the island. If you have still been following the series until now it would have more impact I am sure but it was still good to see in this issue by itself.

As you would expect with a Conan story there is a lot of action including marauding apes and the battle between the two Conans is handled well with a lot of double page spreads.

Another one that will probably be better when it is released as a trade paperback but still worth checking out if you are into Conan. 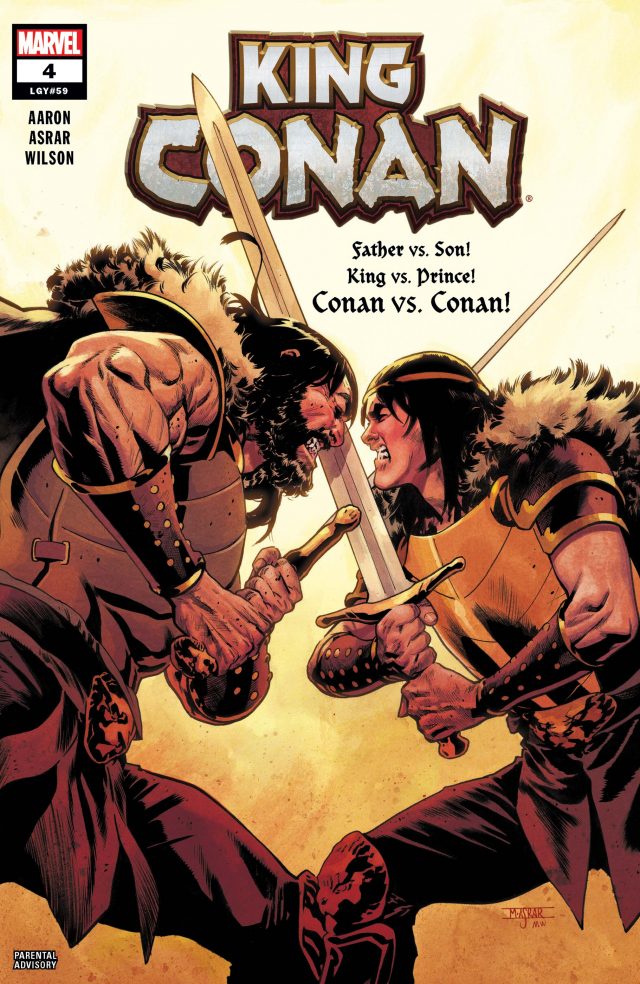