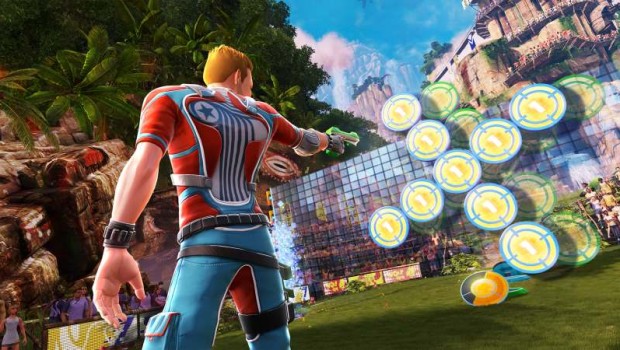 Summary: Kinect Sports Rivals is a good game on the Xbox One but it's not the game that successfully turns Kinect into a true gaming medium.

The Xbox One has almost been with us for 6 months now and apart from fitness games, there really hasn’t been too many games that have made full use of the new Kinect system until now. Kinect Sports Rivals is the game that turns things around thanks to its decent motion control supports which has never been better as you embark on bowling, climbing, football, jet-ski racing, shooting and tennis. Developed by Rare, they successfully recreate these real world sports rather well on the Xbox One. Sure, a couple of the games are a little dull with fiddle some motion controls but others such as jet ski racing and tennis work well. 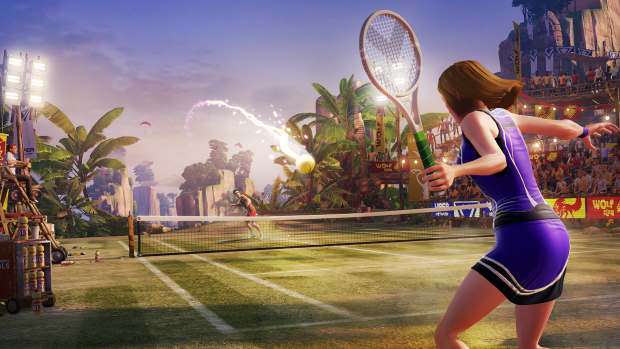 When it comes to motion control, there are a plethora of factors that do come into play such as lighting, space and accuracy. Kinect Sports Rival is effected by this but gamers can address a few of these issues. Accuracy is still a bit of a mixed bag but it’s getting better. I also love how the game scans your face and creates a virtual avatar in this colourful gaming world. Once you have been scanned into the title, the game will teach you the basics of the Kinect mechanisms behind Sports Rivals and for the most part, the accuracy was quite good.

For me, the best game in Sports Rivals was jet-ski racing as you pretend to ride a virtual jet-ski by making a fist to increase speed, using your arms to steer or opening your hand to reduce your speed. This control system worked quite well. In terms of the jet-ski, the game is very reminiscent of the Wave Race on the Nintendo 64, especially with it’s fun power-ups and tropical level design. I would love to hand a standalone jet-ski game with a fixed controller. 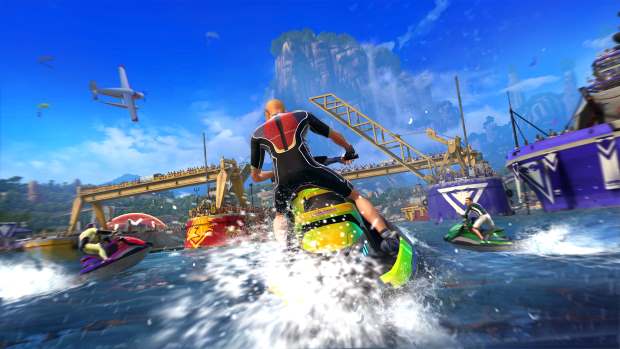 Games such as Tennis and Bowling have been done before but unlike the original Wii Sports, these titles mimic the real world well, especially where you want to either hit or bowl your ball. Other games such as rock climbing or football are also quite realistic and the Kinect motions mirrored these real world activities well. Sure, it may look a little odd to someone coming into your lounge room but if you get them involved, they’ll be having a blast.

Unfortunately at times the accuracy is missing such as hitting the tennis ball or trying to kick the soccer ball for a goal. Also, timing definitely plays a key component and for games such as soccer, you really need quite a bit of room in your lounge. I was actually quite surprised at how in-depth soccer was, especially as both teams get the chance to play offense and defense but unfortunately Rare were a little too clever for their own good as it’s a little too complicated. Shooting was a little dull as you shoot targets with your hand to mimic a gun. Climbing, although with a simplistic premise was quite fun as you attempted to climb this virtual environment 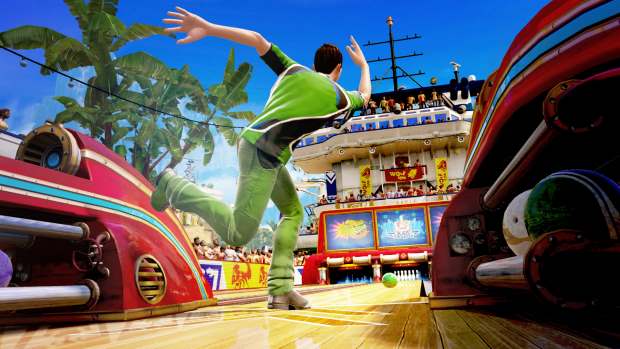 The game also has a great hub which allows you to post your scores to online leaderboards and the hub will give players new challenges for them to complete which in turn increases your points. The game supports an XP system which allows you to unlock equipment and new power-ups. Coins are also earned in Sports Rivals which allows you to purchase new clothes and equipment plus your character gets a fan base as well. Add in multiplayer for both local and online and there’s quite a bit of fun to be found in Sports Rivals. However if you want some hardcore fun, the Rivals Leagues is where you compete against players from around the globe for true competition.

Graphically, Kinect Sports Rivals looks fantastic on the Xbox One thanks to its detailed and cartoon inspired graphics which actually suits the premise perfectly. Characters are modeled well and move with this human like grace. Environments are detailed, although a little Spartan and there’s some great special effects and lighting used in the game. Given that, the water effects of Kinect Sports are truly to die for. I also love the summer feel of the game. In terms of audio, the soundtrack is a little generic but it does suit the sports theme and overall, sound effects and voice acting go hand in hand with the gameplay. 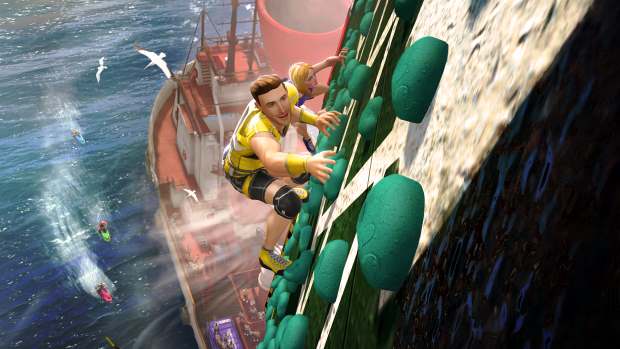 Kinect Sports Rivals is a good game on the Xbox One but it’s not the game that successfully turns Kinect into a true gaming medium. I’m sure this will come but for now, it is easily the best motion controlled game on any console and developers RARE have really thought outside the square in terms of translating these real world games onto the Xbox One console. Some games such as a soccer were a little too complicated, especially with the accuracy of the motion controls but other titles such as bowling and jet ski racing almost felt like the real thing.