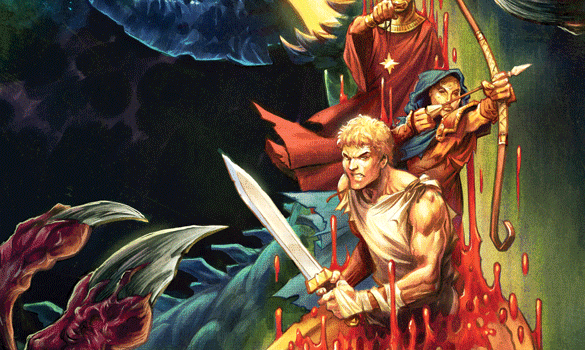 Summary: This was an interesting take on the Greek myth of Theseus and the Minotaur.

I have been a big fan of Greek Mythology since I was a kid. One of my favorites of the myths is the myth of Theseus and the Minotaur and I have read countless takes on it. I was very excited going into this graphic novel. This take on the myth is different but was an interesting way of twisting it. Athens lost a long war against Crete and now are forced to a pay a large tribute to King Minos. Every year, King Minos has the Athenians choose their best citizens to sacrifice to the labyrinth. It is rumored that the labyrinth holds a beast that the gods have sent to earth, the minotaur. The young prince of Athens, Theseus is thought to be the only person who can save Athens from these sacrifices.

The overall story was definitely different than I was expecting. I was originally figuring on this being a close retelling of the original myth but was surprised to see that a lot of it was different. For instance, Minos worships the Minotaur in this instead of thinking of him as an abomination. This is just one of the many changes to the plot. Some were quite interesting to see and made it a different read but then there were others that just didn’t make sense to the story. The major focus of this is on Theseus who desperately wants to be considered a hero. Even if people die for him to get this fame. This plot point becomes heavy-handed throughout because it keeps getting repeated over and over. There was also somewhat a science-fiction vibe to this that stood out.

The illustrations and coloring in this were the best part. It was at times stunning to look at and other times gruesome and gory. My favorites were of the labyrinth at the beginning and throughout the entire volume. It really did a great job of showing the scale of it and was beautiful. I felt that the illustrations fit perfectly with this story and were great to look at the entire time. There were some that I did not fully enjoy but that was sort of the point.

Overall, this was a volume that I did enjoy reading to see what would happen next. I was not a fan of Theseus’s attitude towards the want of fame. That is probably because of the repetition of it throughout the volume. I loved the illustrations and felt that they were the best part of the entire story. The changes were interesting to experience and did keep me intrigued by the story. 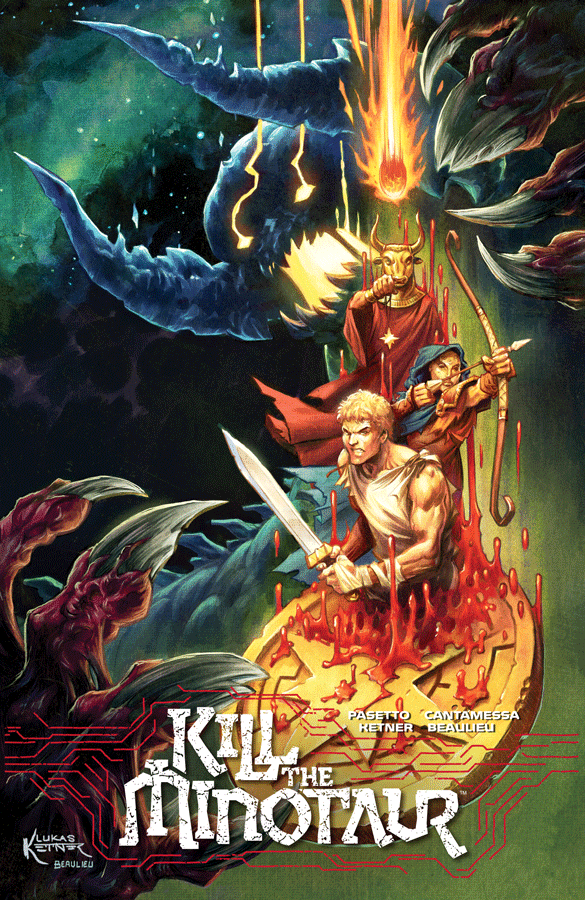