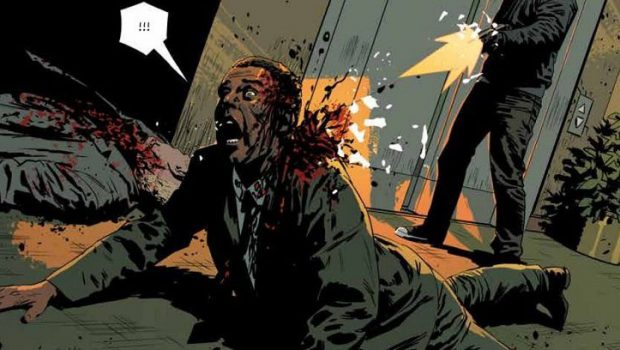 Summary: A unique thriller with an unexpected plot twist

What if living your life wasn’t free and you were charged a rental fee? In Ed Brubaker and Sean Phillips new comic series, Kill or be Killed, we explore exactly that concept. For one unfortunate soul, the cost of living is high and like the name suggests, there is a lot at stake! 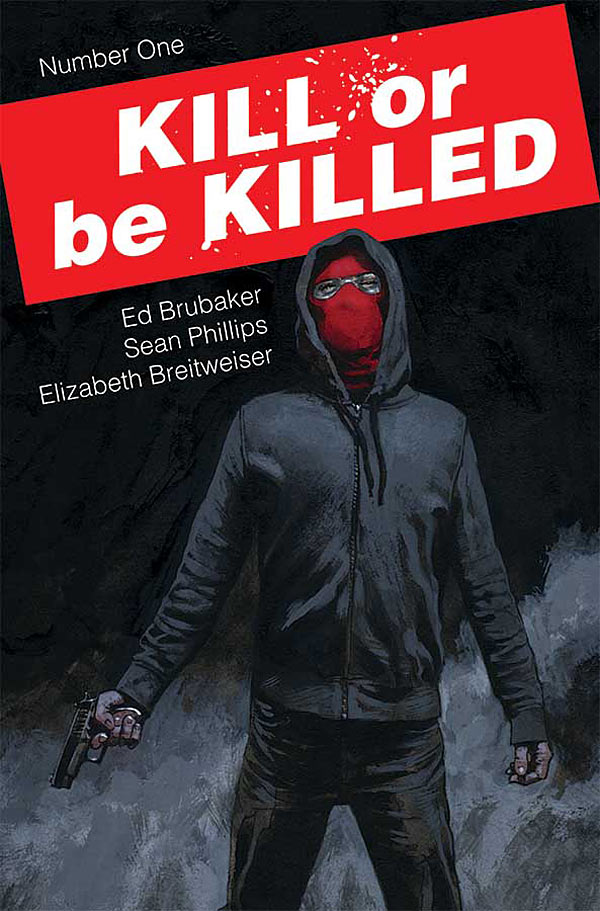 The story follows Dylan, a lonely and hopeless guy who is forced to murder one bad person a month, as a form of payment for his life after a failed suicide attempt. Throughout the first two issues we see Dylan’s transformation from being a soft pushover to a brutal vigilante and the very strange set of circumstances that led him to this transition. Isolated and lonely, Dylan’s life has been a pretty uneventful one, up until the point where he decides to take his own life. Overdosing on pills, being a twenty-eight-year-old Grad student and having the girl you love date your roommate, makes for one pretty depressed and lonely guy. A massive upheaval in Dylan’s life occurs when he decides to take his own life and fails at the attempt. With a new lease on life and filled with adrenaline, he begins to plan a new and exciting life with a new beginning and a new Dylan. However that all comes to a halt with the unexpected arrival of a demon who delivers the unfortunate news that Dylan must now pay rent for the life that he so wanted to throw away. The only problem is that the rent is incredibly high! 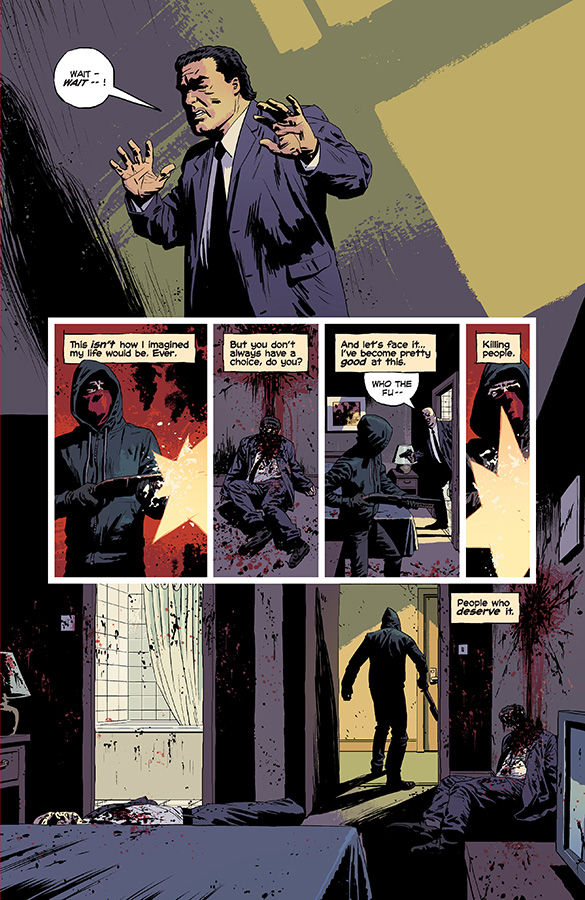 Ed Brubaker has created a unique story and he’s used some curious plot devices to move the narrative forward. We quickly determine that Dylan is bumbling through life and this is heightened through Dylan’s first-person storytelling and disjointed backtracking, as he recalls moments from his past. This technique just reinforces Dylan as an awkward and inept kind of guy who struggles with making sense of his life and the events that have led him up to this point. Dylan’s personal transformation from awkward loser to an established and ruthless killer is mainly seen through his inner dialogue. It is through this that we see the true Dylan and learn about his inner conflicts and his personal reflections on his life and what he is doing. All of this is pretty horrific in itself but the truly scary part about Dylan’s transformation is that he honestly enjoys what he has been forced to do and this is something that he confesses scares him as well. I also enjoyed the subtle mention of topical subjects in the background, like the current Presidential election and Trump. It cements the story in the present, which is always interesting for the reader as it immediately makes it more relatable. 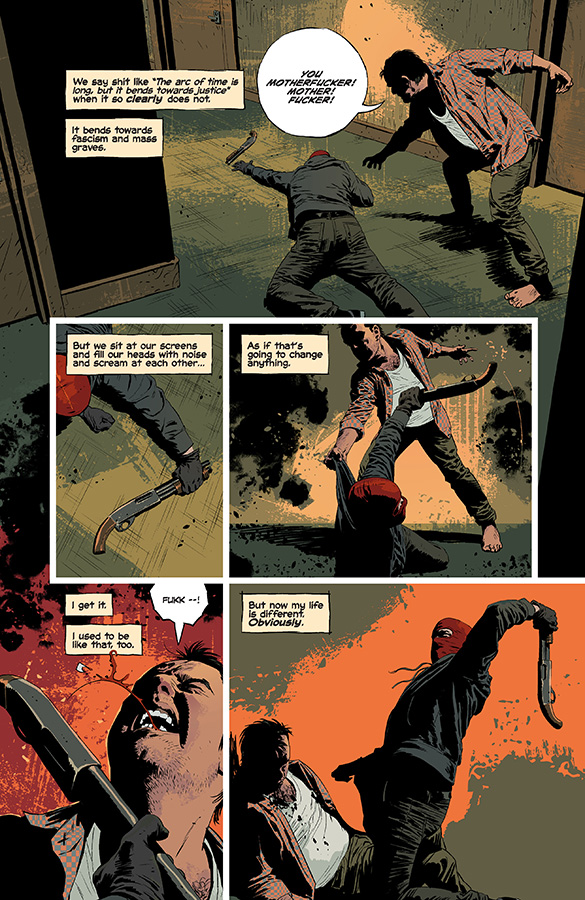 Sean Phillips’ art is dark and gritty. There is an edginess there that works really well with this kind of story. During the action scenes, the background is featureless and almost absent, which really draws your eyes to the action, allowing you to only focus of these scenes and the fight sequences. The graphic nature of these scenes is disturbing and Phillips’ has cleverly disguised some of this detail in a pulpy mess of gore, which makes some of those graphic details hard to distinguish. Phillips wastes no space and his art takes up the entire page, filling up each panel with detail. Everything is there for a reason and it’s important to take it all in, so as to not miss any of those finer details. Colourist, Elizabeth Breitweiser, has done an effective job at establishing the overall mood of the story. The colours are dark and muted, which reflects the disturbing emotional tone of the story. The colouring also helps to amplify the haunted nature of some of the faces. There are scenes where Dylan’s fear and trauma are truly evident, and the dark colours and shading really heightens his torment. 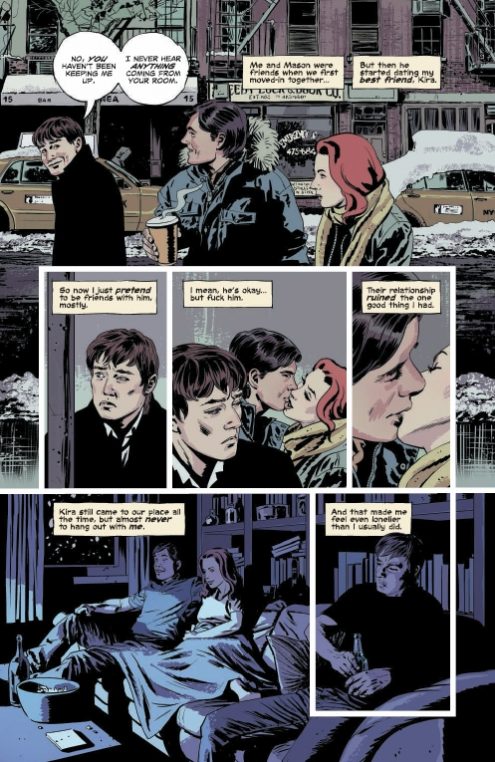 The first two issues of Kill or be Killed so far have given us a tantalising taste of things to come. The dark and unexpected plot twist has added a whole new and interesting dimension to this story of murder. I’m curious to see where we will be taken and what we will see Dylan do and his transformative evolution as the story progresses. Kill or be Killed is a unique thriller and I’m looking forward to seeing where this wicked story is headed.