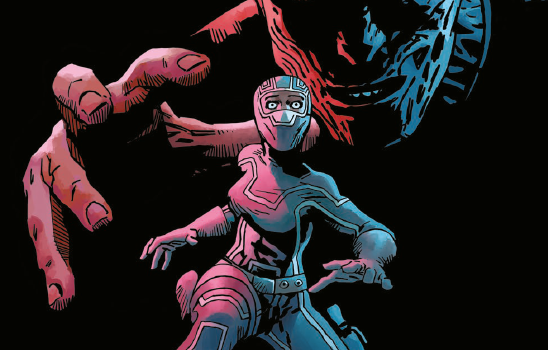 Summary: A slow build that feels like the calm before the storm.

Written by Steve Niles, and with art by Marcelo Frusin, Kick-Ass #10 picks up right where the previous issue left off. After her harrowing experience in the restaurant, Patience seeks medical attention for her stab wound. This fresh injury is just one more thing from her life as a superhero that bleeds into her everyday world. It’s one more thing she’s forced to lie about to friends and family, and it leaves one to wonder just how much longer she’ll be able to maintain the facade. Meanwhile, Violencia meets with Santos, who has some ideas of his own on how to deal with their mutual problem.

This issue is less about high impact action and more about the things going on both in Patience’s life and things lurking in the background. She’s injured from her previous struggle, and badly enough that she chose to seek out professional medical assistance. Rightfully so, the doctor doesn’t believe her when she tells him it was just a gardening accident. The rigors of superhero life are cutting into her every day existence and Patience is forced to try and find reasonable excuses to cover up what’s really going on. Now that she’s starting college in addition to everything else, it feels like watching a very tenuous balancing act.

The story is broken up with glimpses into Santos’ scheming, and focuses on him bringing Violencia into the fold. Not wanting to spoil anything, I’ll just say that it seems inevitable that Kick-Ass is about to come face to face with her first real super villain in the not so distant future.

The art has a very gritty, realistic feel and really helps to support the story. The shading is impressive and detailed. The lighting effects create immersive and atmospheric effects, from the illumination cast by police sirens to the lonely glow of the diner’s neon lights after hours.

The expressiveness of the characters easily conveys their emotions. Even in full costume, from the way Patience’s eyes are drawn it’s easy see her sense of panic and urgency. Violencia remains as creepy as ever, with his almost ghoul-like complexion resultant from his previous confrontation with Patience.

Though this issue throttles back the action a bit, it more than makes up for it with what it sets up. Patience and her gang continue to hunt for Santos, and it’s obvious that he’s not just going to sit back and wait for her to come. This issue brings with it pacing and tension that lead to anticipation for what’s to come. The story had me compelled to keep flipping pages, and once I started I couldn’t put it down. Can’t wait to see what happens next! 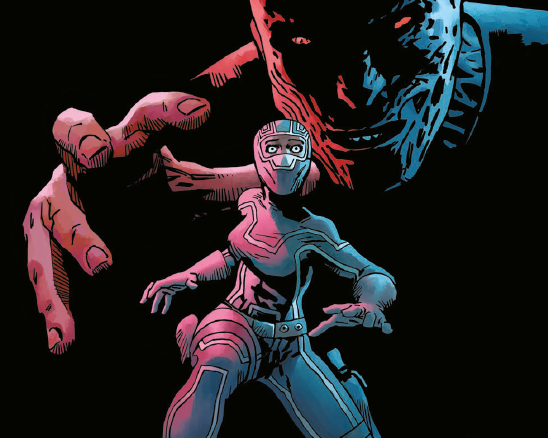 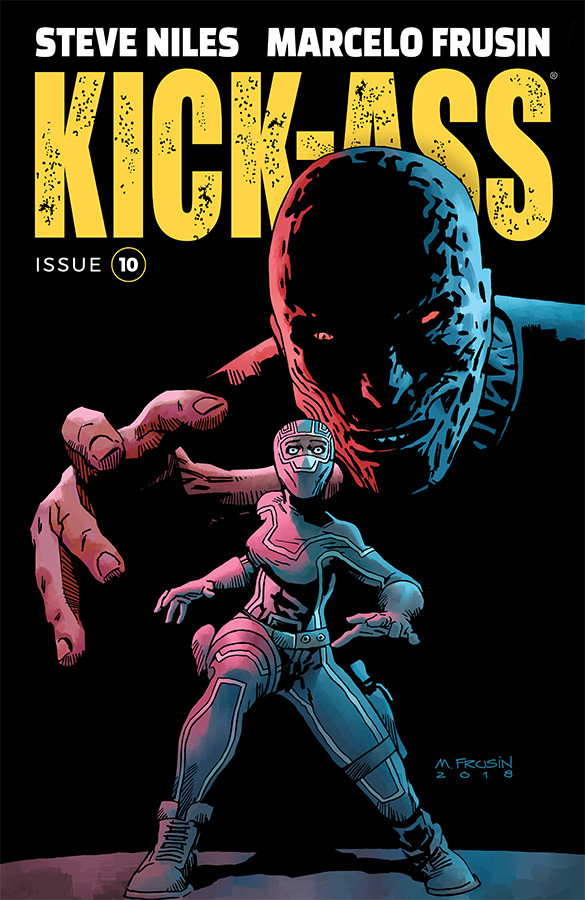