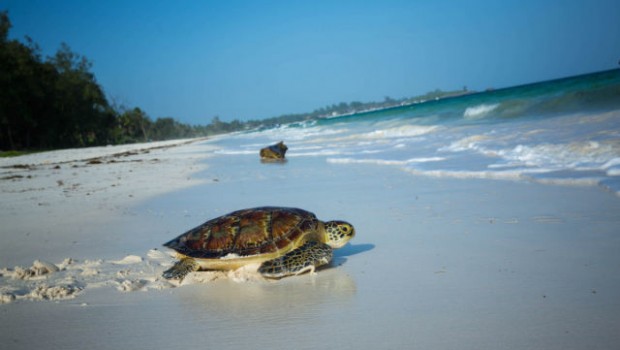 Make It Kenya will live broadcast two world firsts: lion interaction at night via starlight camera, and the release of rehabilitated turtles back into the Indian Ocean in Watamu – live via underwater camera for the first time ever!
Broadcasts available to view across the world via Periscope app from 7-18 January
Broadcast live by Herdtracker in partnership with Make It Kenya – #KENYALIVE

Kenya’s stunning wildlife is set to be showcased with two world firsts in a series of live web broadcasts using new state-of–the-art technology. #KenyaLive will enable people to witness the excitement of a night safari in the Mara – as well as Kenya’s coastal underwater treasures – as the action happens in real time.

Building on the success of #MaraLive – the world’s first live web broadcast of the great wildebeest migration – Make It Kenya has once again partnered with HerdTrackerto use a combination of the most innovative filming technology, and Twitter’s Periscope app, to give people around the world unprecedented access to some of the most exciting and rare animal behaviours, with 50 live broadcasts over 11 days.

The broadcast team, led by safari hosts Carel Verhoef and Andre Van Kets of DiscoverAfrica.com and co-creaters of HerdTracker, will use cutting edge technology – including the incredible new starlight camera; underwater live periscope and 360-degree video, to capture the exclusive content – available to viewers via their mobile phones, tablets or computers via Periscope and MakeItKenya.com.

Mara Conservancy Lion Interaction
The first of the live broadcasts will offer an unprecedented view of the lions in the Olare Motorogi and Naboisho Conservancies of the Maasai Mara, and what the conservancies have to offer: off-road game drives, fly camping, night game drive safaris as well as walking safaris. Viewers will be treated to a series of live night broadcasts – the very first of their kind!

The team behind the broadcast will be staying at the Olare Mara Kempinski Hotel, Asilia Africa’s Encounter Mara and Naboishocamps as well as Sir Richard Branson’s Virgin Mahali Mzuri luxury safari camp from 7-13 January.

The project protects nesting sea turtles, rehabilitating sick and injured sea turtles before sending them back into their natural habitat. One very special broadcast will even involve live footage captured via “TurtleCam”, using a GoPro strapped to a turtle’s back.

#KenyaLive will also demonstrate what Watamu has to offer as a fantastic holiday destination, with exclusive live broadcasts of some of the activities available, such as a dhow cruise, treetop yoga and kite surfing. Viewers may even be able to spot dolphins in the area during a live stand up paddleboard broadcast.

Updates of the live broadcasts will also be posted to Make It Kenya’s Facebookand Twitter,and HerdTracker’s Twitterand Facebookpages.