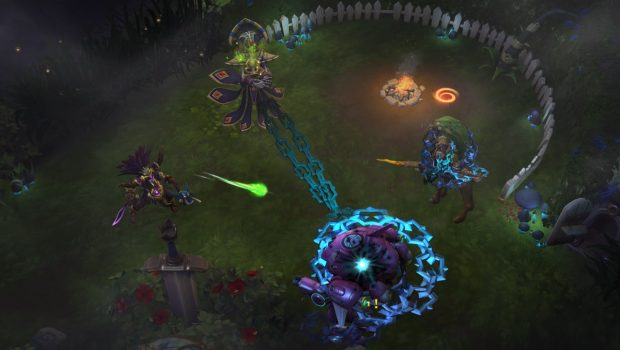 Kel’Thuzad, is finally making his debut in Heroes of the Storm, and is now available to test on the PTR!

Kel’Thuzad has faithfully served the Lich King both in life and after death. Reanimated as the Archlich of the Scourge and given domain of the Dread Necropolis, Naxxramas, Kel’Thuzad remains Arthas’s most trusted advisor and master of the cold dark.

We’ve also released a new five-part video series, Resurrecting Kel’Thuzad, which follows designers, artists, writers, and developers from around Blizzard in a behind-the-scenes look at the process behind bringing one of the most memorable villains from Warcraft history into the Nexus.