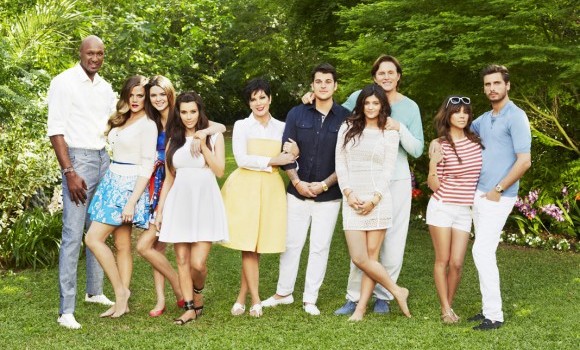 Universal Sony Pictures Home Entertainment is releasing Keeping Up with the Kardashians Season 8 Part 1 – available to own on DVD from  December 5, 2013.

Hollywood’s most-watched family is back with another season of kraziness that only they can brew up in Keeping Up with the Kardashians Season 8 Part 1, available to own on DVD from 5 December, 2013.

In Season 8 Part 1, we take a look into Kim’s new life as she prepares to give birth to her first child with Kanye West. The pregnancy that captivated the world is now yours to watch back to back with all the ups and downs poignantly captured.

This new release also checks in on Khloe’s turbulent life alongside Lamar Odom; Kendall and Kylie as they come of age, and Kourtney as she keeps busy with two children and boyfriend Scott.

(Tune in for the Christmas Special and Season 9 coming to E! January 2014)

Keeping Up with the Kardashians Season 8 Part 1

Disc 1: We’re Having a Baby, Enough is Enough, Agree to Disagree, Papa Can You Hear Me?

Disc 2: I Will Fix You, Some Moms Just Wanna Have Fun, Home is Where Your Mom is, Greece is the Word