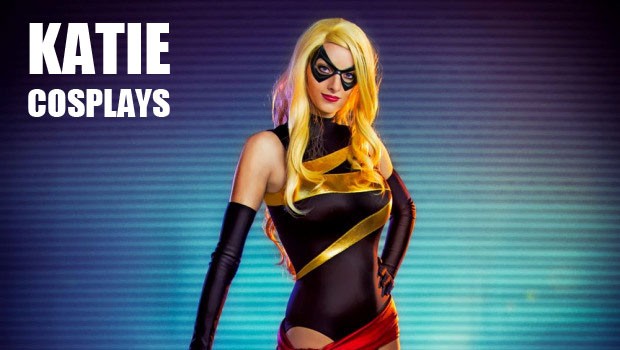 Welcome to Impulse Gamer Katie! How is 2015 so far?

Pretty good! I’ve been taking it pretty easy this year and have been somewhat sticking to my resolutions so far, so that’s something! 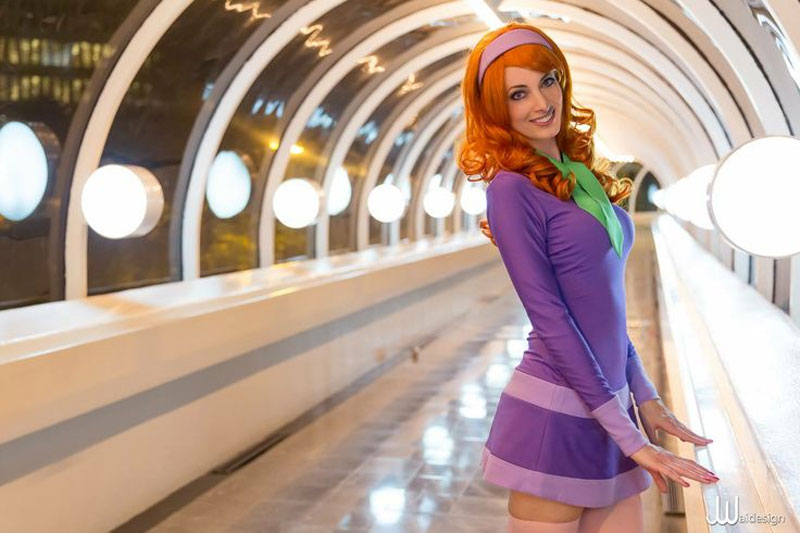 According to Google and we all know that the internet doesn’t lie… your alter ego is Wonder Woman. Can you tell us what draws you to this character and why you enjoy being the Princess of Themyscira?

I love Wonder Woman because she’s a universal symbol for a strong, powerful, fearless woman. Everyone loves her, whether they’re comic book fans or not simply because of what she stands for. Superman is the same way, but I’d make a pretty terrible superman. Plus, as an Amazon, I feel a connection to her physically. Haha! 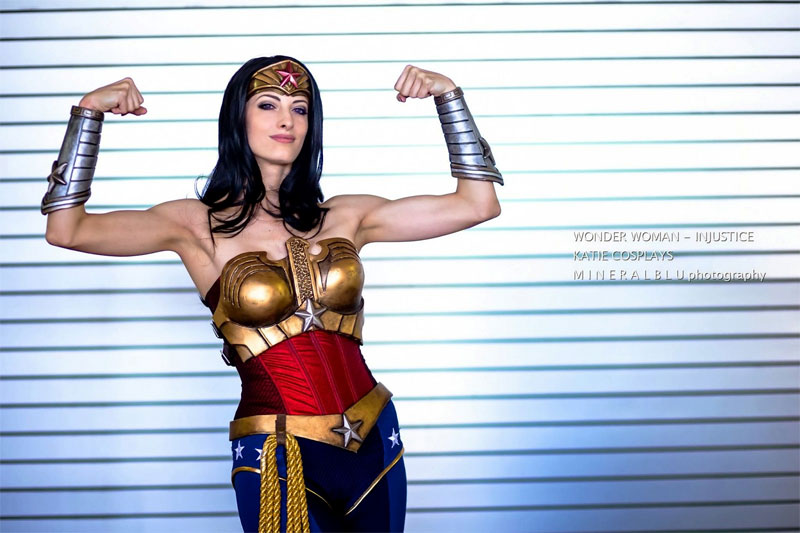 Besides Wonder Woman, what have been some of your favourite cosplay characters and why?

Sailor Jupiter, for the feels. I honestly don’t think I would’ve gotten into cosplay were it not for Sailor Moon.

We need to ask this question… even though you’ve probably been asked a million times but why did you get into cosplay and who was your first cosplay character?

I saw photos of Sailor Moon cosplayers online at an impressionable age (11 or 12) and said that one day, that would be me. Fast forward to age 16, and I was driving with my mom to Atlanta to my first anime con with a Haruko costume from FLCL that we had made together. 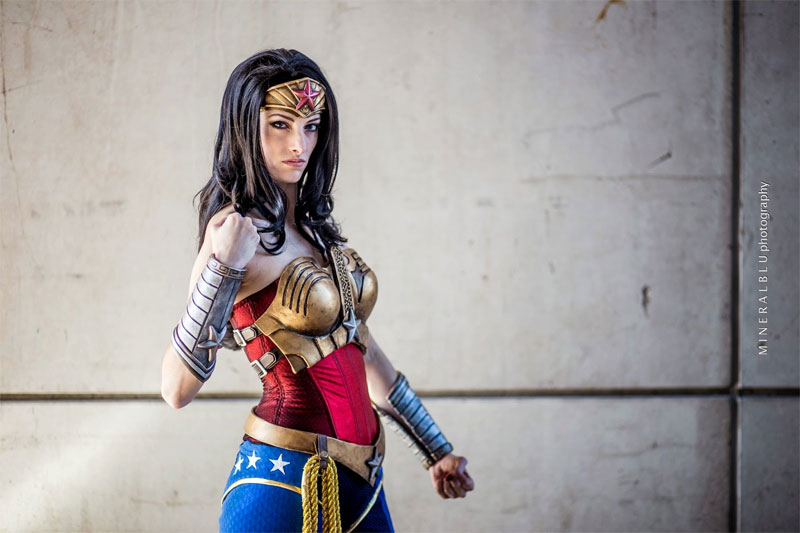 To date, what’s been the most challenging costume to make?

Injustice Wonder Woman because I wanted to capture every detail of her costume down to the texture on her pants (plus it was my first time making armor) and Granado Espada Wizard because it took 2 years to make.

If you had an unlimited budget, what character would you make and why?

Budget is never a problem for me because I’m so incredibly thrifty, it just always comes down to time. I look at a character and go “Damn, I totally want to make that, but I would have to dedicate the next 9 months of my life to one costume, so I think I’ll pass…” One good example would be a dozen different Granado Espada designs that I have saved.

We’ve heard you enjoy a good karaoke and if the world was ending, which cosplay character would you be and what would be your last song?

Haha, what an eccentric question… Should the cosplay be related to the song? I feel like it should. So maybe it’d be one of Sheryl Nome’s more intricate costumes from Macross Frontier and I’d sing “Northern Cross.” If they need not be related, my last cosplay would be TDKR Catwoman (that costume has been in progress for 2 years, ughhhh) and I’d sing “Total Eclipse of the Heart” because I think I’d want to go out on my favorite 80s power ballad.

But seriously, if the world was ending from some kind of zombie apocalypse, what would be on your bucket list?

A zombie apocalypse? Uhhh, building a bunker?? I mean, if it were an impending comet or something, I’d maybe want to travel the world… But then again, who would keep going to work if the world were ending, so there’s no point in traveling… This is a bit of a downer question, when you think about it… 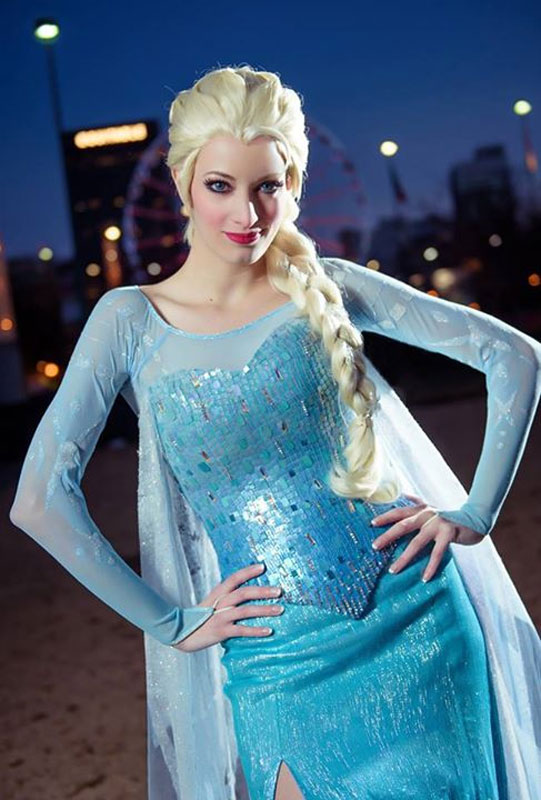 The only comic series I await with bated breath is Saga. I am OBSESSED. Everything else I kind of get to when I get to it.

Convergence or Secret Wars… which one are you most looking forward to?

Ugh, neither. Every major event in DC or Marvel just kind of makes me roll my eyes with how they have to shoehorn it into every storyline, rather than letting writers do their own thing and worry instead about doing it well. But that’s a rant I’ll save for another day…

Probably going to an HBO viewing party because I don’t have HBO myself.

Who is your favourite Game of Thrones character and why?

Tyrion because no explanation needed. Olenna Tyrell is a close second. Cersei Lannister is my favorite character to hate. She’s so awful, it’s wonderful. She gives me chills.

Okay.. what’s the geekiest or coolest thing you own?

I’m not much of a collector, but the coolest geek replica/“toy” I own is definitely my Sophitia sword made by Volpin Props. It looks so legit, it might as well be from a Soul Calibur movie. 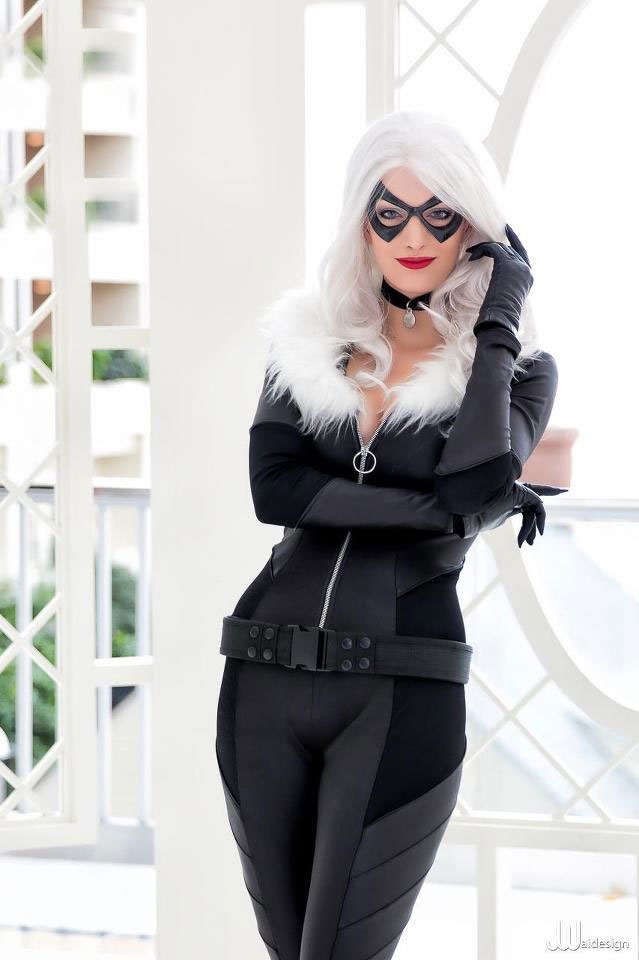 You’ve travelled around the globe but we’ve noticed that Australia is on your wish list. When do you think you’ll be coming to Australia to visit koalas, dangerous spiders, kangaroos and poisonous snakes?

Darn good question. Trips to Australia are definitely not cheap, so unless a con invites me out (not likely) or I get a massive raise (also not likely), it might be a while! 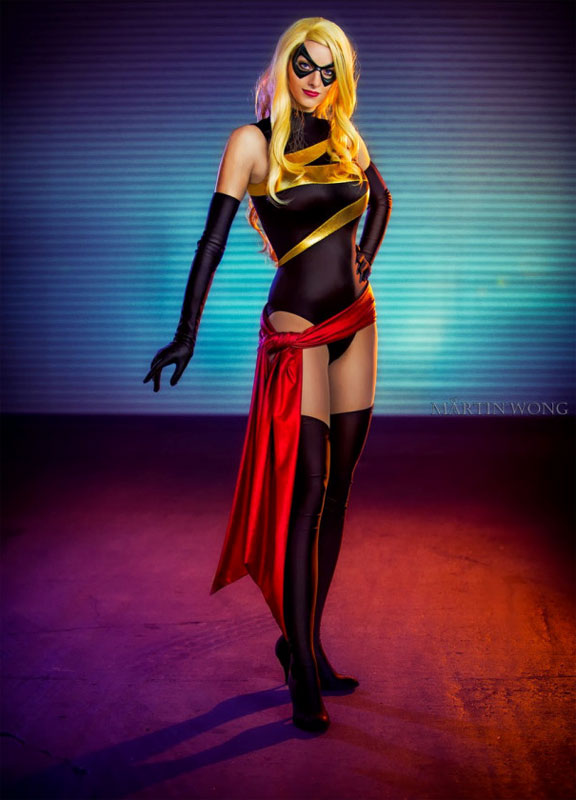 But seriously, when you do make it to Australia, what cons would you like to visit?

I don’t discriminate. I would visit ANY con in Australia. I’ve met so many awesome Aussie nerds that I’m pretty convinced that no con would disappoint because the people are so damn nice. But again, it might be a while before anyone has to worry about living up to my expectations! lol

Thanks again Katie and all the best for 2015!