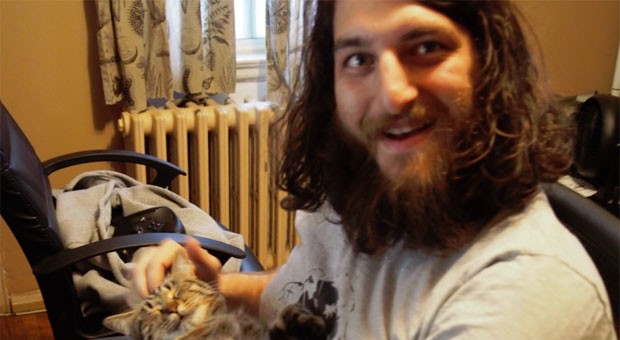 Welcome to Impulse Gamer Justin and tell us how you became involved in Vagabond Dog?

Some years ago I was doing a game journalism project called Gamer Unplugged where I took buses and hitch-hiked across North America visiting game developers and interviewing them about happiness. Along the way I became inspired to create a game of my own, and with some minor encouragement from the folks I’d met on the way I started the company with my friend Jake Reardon shortly after I returned home.

It would take us a few months before we’d officially be called Vagabond Dog, but the company spirit has definitely been there since before we even began. 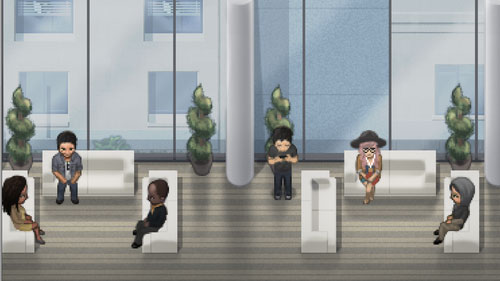 So what drew you to the gaming industry?

Different things have kept me in this business at different stages of my life. Be it the community, the technology, the fun, or the challenge, I’ve always found something of unique value in games.

As an artist, I’m primarily engaged with the idea of free will. Games are the medium of choice, and so my involvement with them seems inevitable. 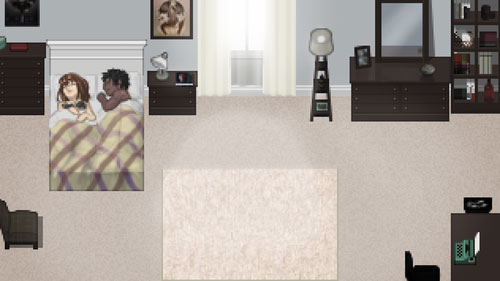 I’m just finishing the final boss of Assault Android Cactus, while working my way through some co-op Broforce, and enjoying some casual falling with Downwell.

Outside of that, my house plays a lot of first-party Nintendo games.

You’re here in Australia to not only visit PAX AUS but also promote your new title Sometimes Always Monsters… can you tell us what this title is about?

Sometimes Always Monsters is the antithetical follow-up to our previous title, Always Sometimes Monsters. The game is about our life choices, the circumstances that lead us to them, and the consequences that follow.

You play a recently married author who’s at the peak of their career and trying to stay there. Your life gets thrown a curveball when your spouse loses their job and your collective future rests entirely on your ability to stay inspired. Without much to write about, you head out on the open road with a group of other scribes for a cross-country bus tour to promote your works. The misadventures you share will shape your fate as you balance your friendships, the relationship with your spouse, and your dwindling financial resources.

It’s a game about decision making and exploration that plays like a traditional JRPG without the stats and combat. You’ll choose who to spend time with, how to respond to situations, and how best to handle the life you’ve been chosen to live as the narrative is redefined by your actions.

How did you come up with the idea behind Sometimes Always Monsters?

When we finished Always Sometimes Monsters I felt like there was still another half of the story that needed to be told. Although the game did a very good job providing the hard climb up the mountain, it only glimpsed over the free fall down the other side. So, we endeavoured to create another game that took the principles of our first one and flipped them so that we could tell an almost opposite story.

Cyclical narrative is an idea that’s haunted me for a long time though, Sometimes Always Monsters just happens to be a really good means to explore the structure.

Can you walk us through some of the development process?

The “process” is kinda just managing craziness. We’ve got this core spine of what the game’s supposed to be, and it’s well documented. However, while building that road out we tend to find ourselves wandering off the main path. This is a game that thrives on offering the player as much freedom as possible, so we tend to find ourselves working on strange things few players will ever see.

We believe finding rare content validates players’ sense of exploration, and rewards them for disobeying the game. It might not always be beneficial to their character, but it allows players greater agency over their narrative. This is the most powerful thing we can provide our players, so we spend a lot of time making oddball things and hiding them in the world. We never feel too bad about straying from our plans because there will always be someone somewhere who follows us into waywardness, and has the time of their life doing it.

At some point though, reality calls us back to the main beat. Then it’s a struggle finding a way back home. That’s our least favourite part. 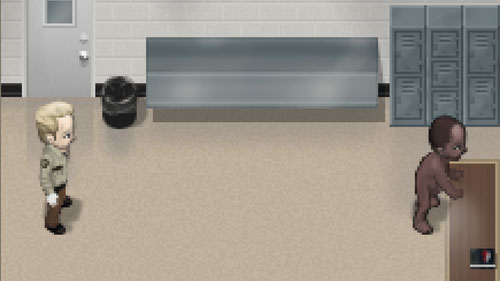 So far, what’s been the most challenging aspect about its creation?

We’ve had a few technical hurdles to jump as we’ve increased the game’s resolution, animation systems, and more of the core game engine. These however pale in comparison to the difficulty of managing the game’s infinite timelines. We’ve had some help from the members of Project Continuity who are sending their Always Sometimes Monsters save files to continuity@vagabonddog.com to help us with testing, but it’s still a monumental challenge.

With save imports enabled for Sometimes Always Monsters, we’re trying to keep it so that everyone’s universe remains cannon. This has increased our workload exponentially, and will continue to do so.

The validation that comes when you see a final working version of a crazy concept. When everything turns out as you imagined it, it makes you feel like you can see the future.

What advice would you give up and coming indie developers in Australia?

Don’t be afraid if it doesn’t look American. Some of my international friends have spent much effort trying to emulate popular developers from the states, but it’s not worth the time.

Being an indie developer is about letting people into who you are through your game, and you can’t do that if you’re pretending to be someone else. The whole world is waiting to play the by-product of your existence, let it be as authentic as possible. 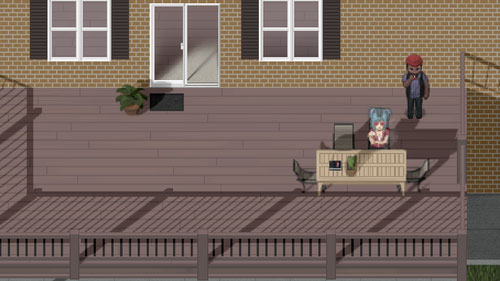 Besides the release of Sometimes Always Monsters… what are you most looking forward to in 2015 or 2016?

Who said we’re looking forward to release? Anticipation is the best part!

There’s a few projects we’ve had boiling in the background for a while, and we might be ready to share them with you by then. It’s very exciting for us because we’ll be moving into some very new territory, and that’s always a thrilling prospect. We’re looking forward to meeting all the newcomers to our clan in the process. By the end of next year, we’ll be working on something unlike anything in the Monsters series.

What are you most looking forward to about PAX AUS?

Believe it or not, but the developers you export to PAX USA happen to be really great people. We’re looking forward to meeting more local talent, as well as all the amazing Aussie fans that have written us and joined Project Continuity.