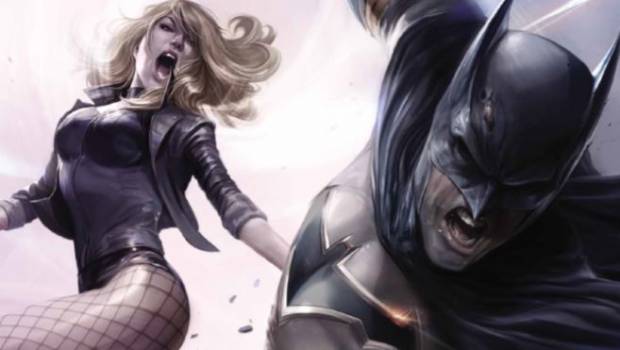 Summary: Justice League #26 continues the enjoyable run of Orlando with an unexpected twist!

After the epic conclusion in the previous issue, Lord Havok has been freed as he eloquently explains to the League that he spent years breaking Dreamslayer through his subconscious commands that allowed him to return to the broken world of Angor. Although he has the upper hand on both Batman and Black Canary, the seemingly defeated Dreamslayer makes a valiant effort to fight back.

This gives Batman enough time to literally get the upper hand as he fights Havok to a standstill and eventually defeats him while the powerful entity called the Adjudicator watches on before he casts his final judgement. Batman also realises that there is a way to save Angor, however is interrupted.

With the balance of Angor in the scales, the Adjudicator decides to let Angor live as Havok and Dreamslayer sacrifice themselves to return this world to before the disaster as Batman and Black Canary watch this world get rebuilt in seconds around them. Elsewhere and more specifically 20 years from now, the reader is taken to Ivy Town, where the Ray (Ryan Choi) is battling Chronos who vows revenge on a supposedly dead Ray Palmer, the original Silver Age Atom.

Justice League of America #26 was a satisfying conclusion to this small story arc and there was some great moments between Batman and Black Canary with an amusing scene where Batman acknowledges to her that he was wrong. Havok was a little cliched but this is comics and I like my stories to be a little less dark and more heroic which is where Steve Orland succeeds.

Artist Miguel Mendonca draws an almost perfect Justice League with some great action scenes, including some emotional panels which draws this story together nicely. With the Justice League line-up coming to an end soon and then another rebirth, Orlando’s run has definitely been one enjoyable ride with more ups than downs. 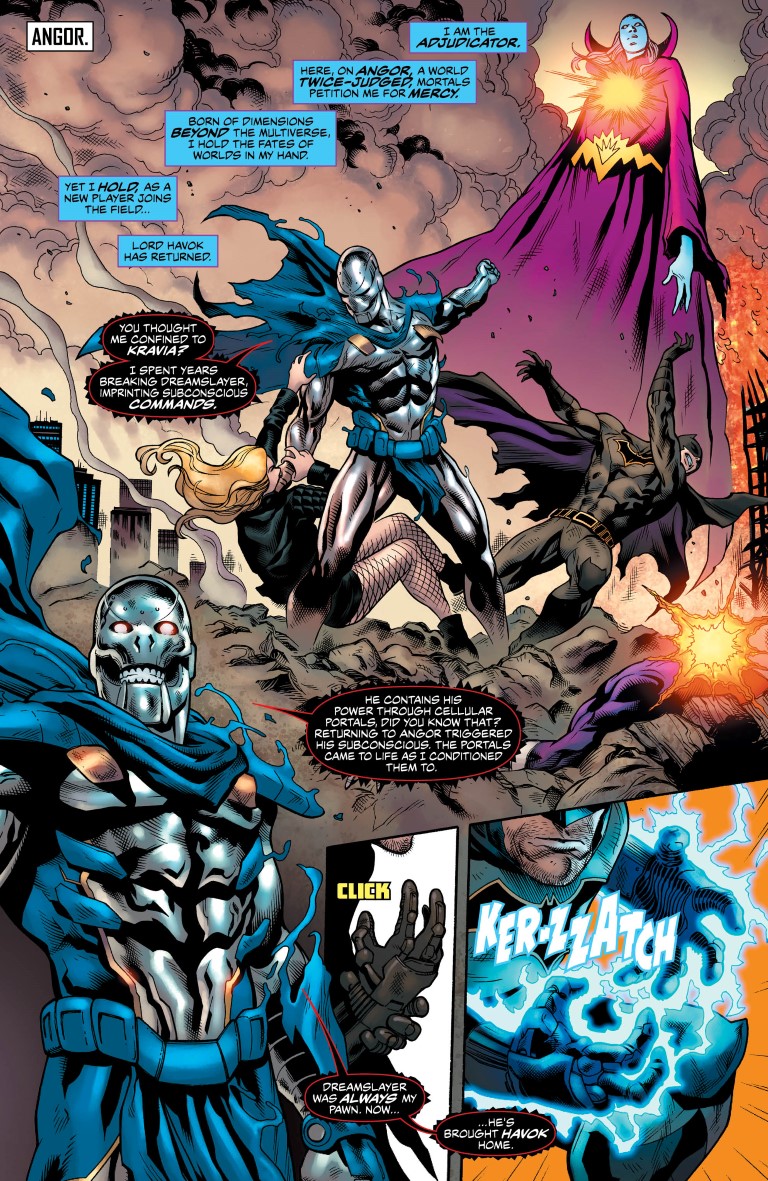 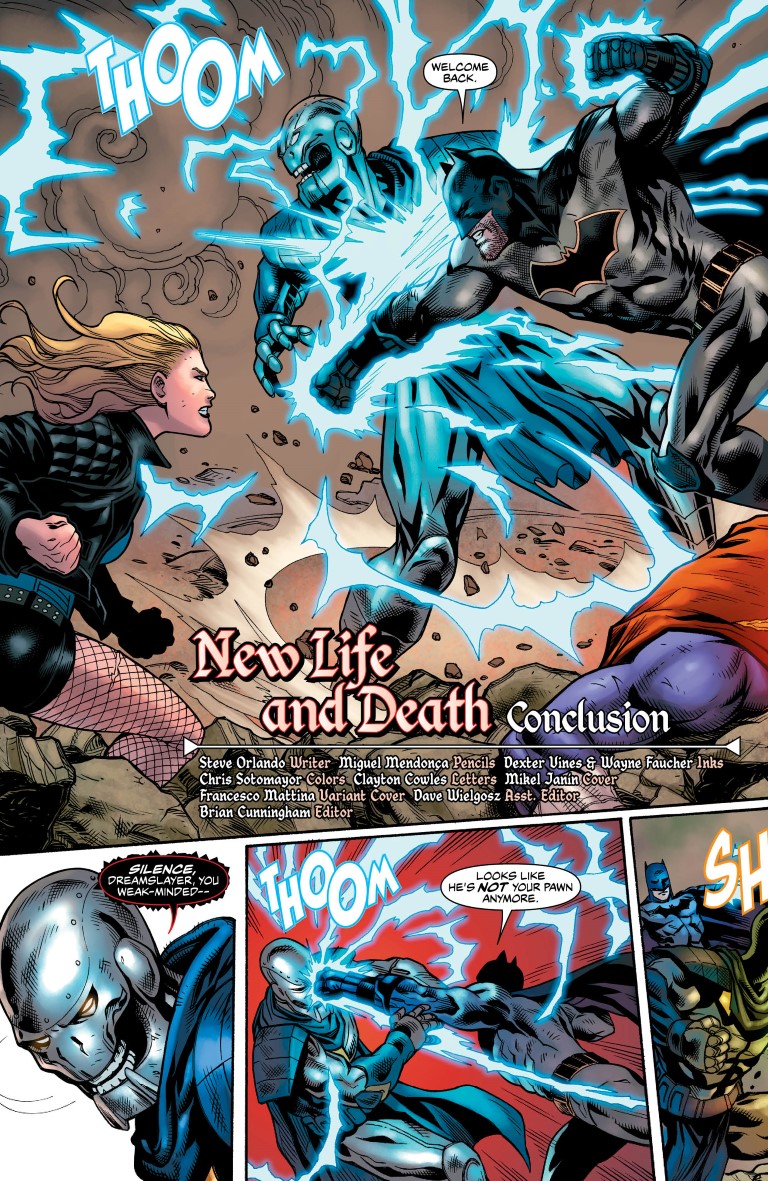 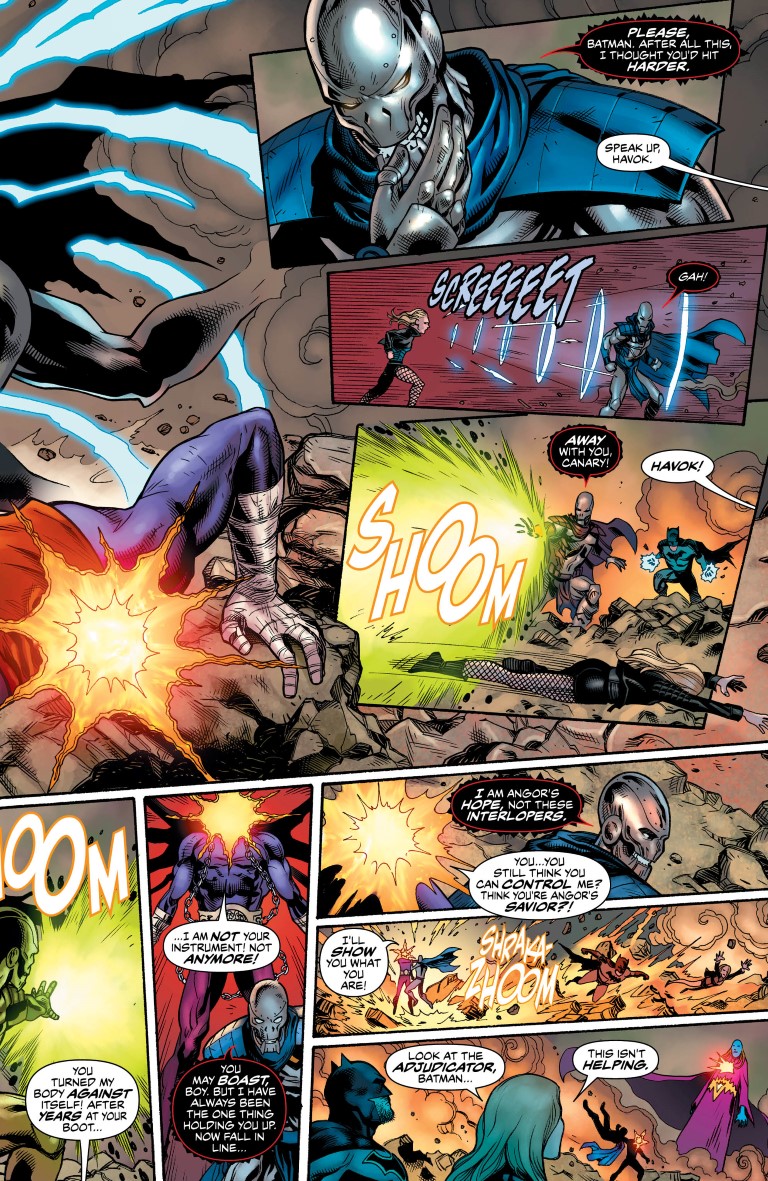 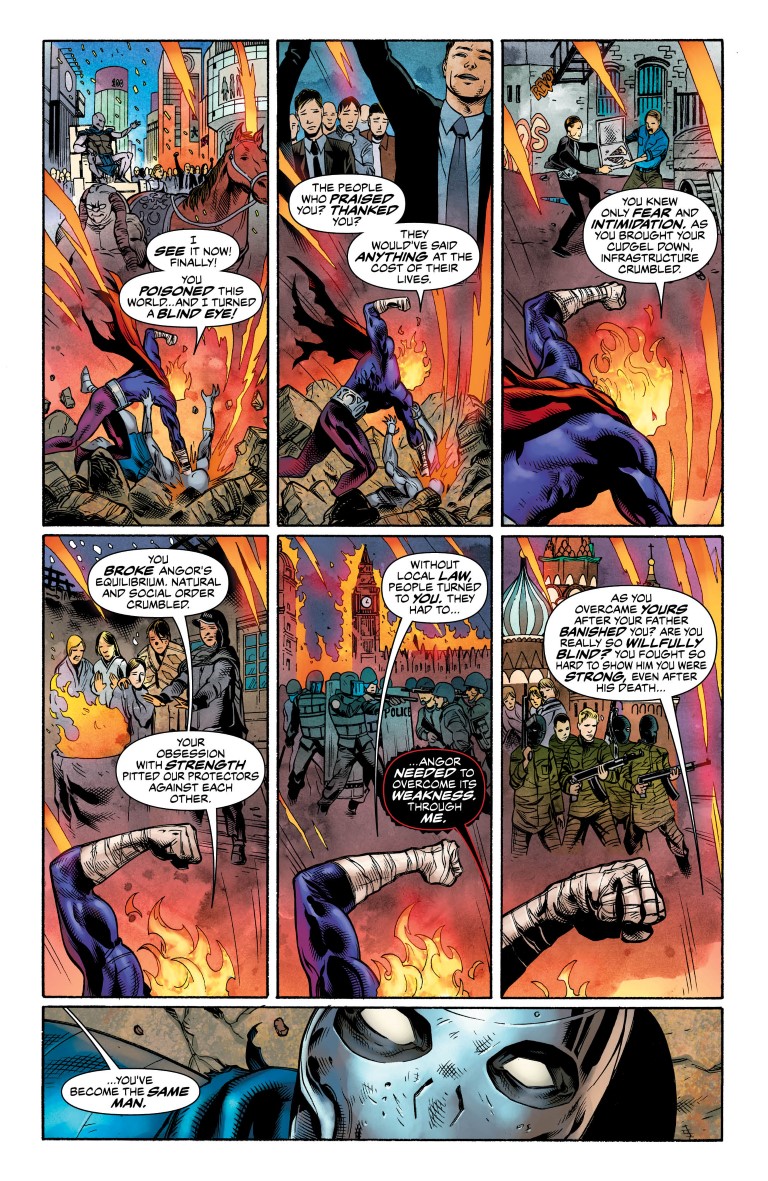 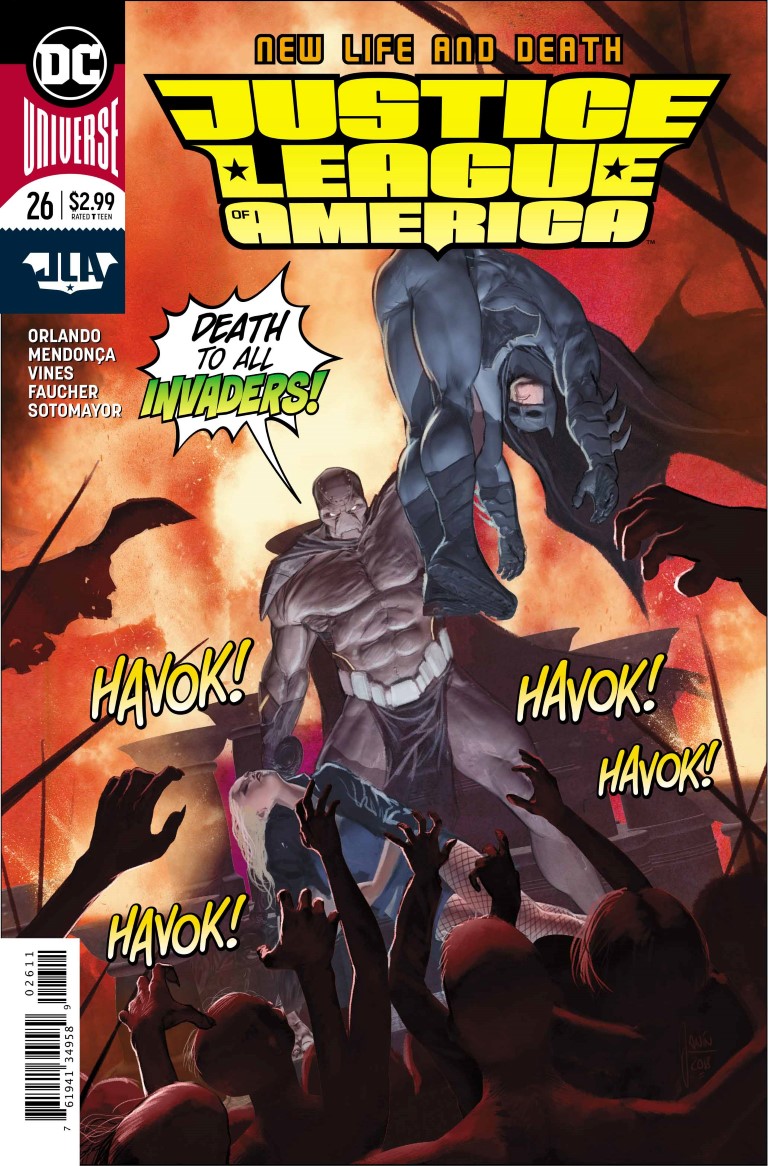 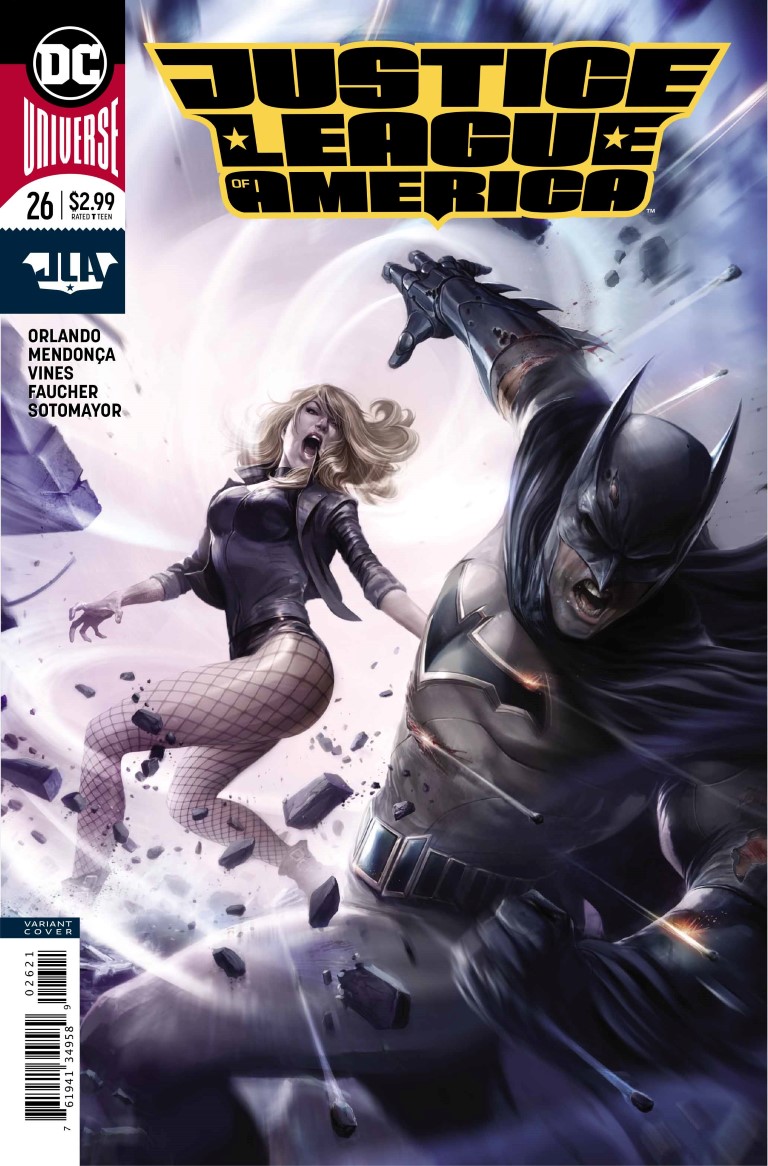