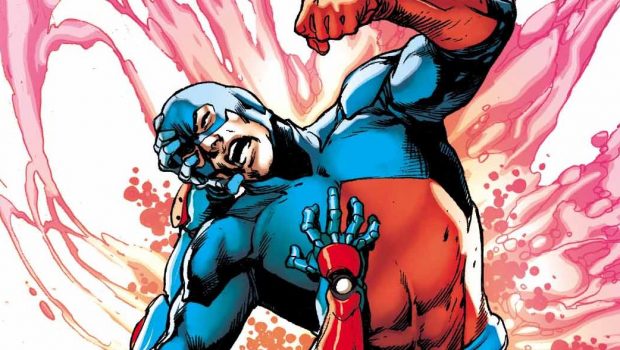 Justice League of America #17 (Panic in the Microverse)

Summary: Justice League of America #17 (Panic in the Microverse) concludes with a satisfying conclusion and a nice mantle handover.

It’s Ray vs Ryan as the two Atoms duke it out… or so we’re led to believe as the once noble scientist Aut continues his destruction of the microverse. Aut believes that his interference with ignition point will rebirth this universe, however Professor Ray Palmer, the silver age Atom knows better.

So as the Atoms team-up to stop Aut, a battle of dialogue commences as they attempt to get the upper hand on his mad scientist. It is also here where Ryan Choi learns the true meaning of being a hero and once again Steve Orlando produces some realistic and engaging dialogue, not to mention an interesting story, even though the Justice Leaugue of America takes a back seat in this story.

The issue also provides a link to Rebirth as Ray explains that he saw something come through into this universe… a giant blue hand which more than likely belongs to Dr Manhattan from Watchman fame. As Ray is reunited with his lover from the Microverse Preon, he officially gives the mantle of the Atom to Ryan with a classic Orlando pep talk, including a more traditional uniform for this hero.

The issue ends with more clues about the Might Beyond the Mirror plus the next villain that the league will face, the infamous Prometheus who has been trapped in the Ghost Zone and needless to say, things are about to his the fan.

All in all, a good conclusion of Panic in the Microverse with some blockbuster art from Ivan Reis. 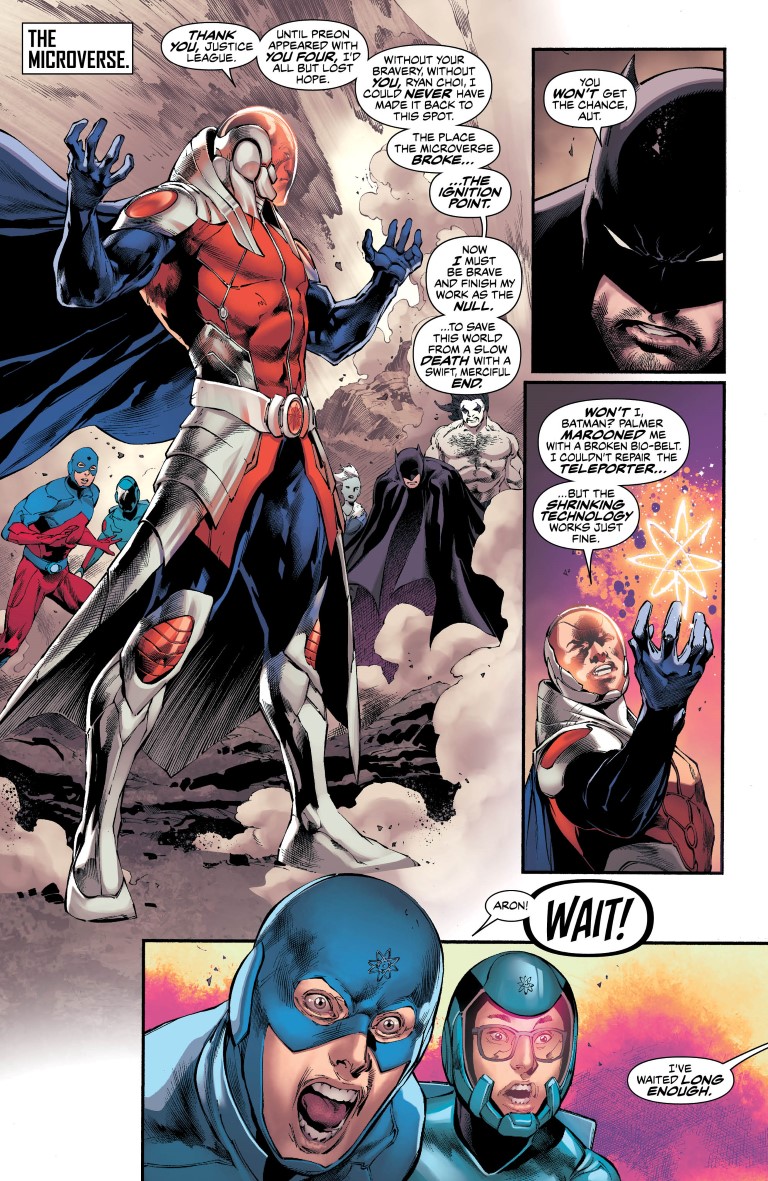 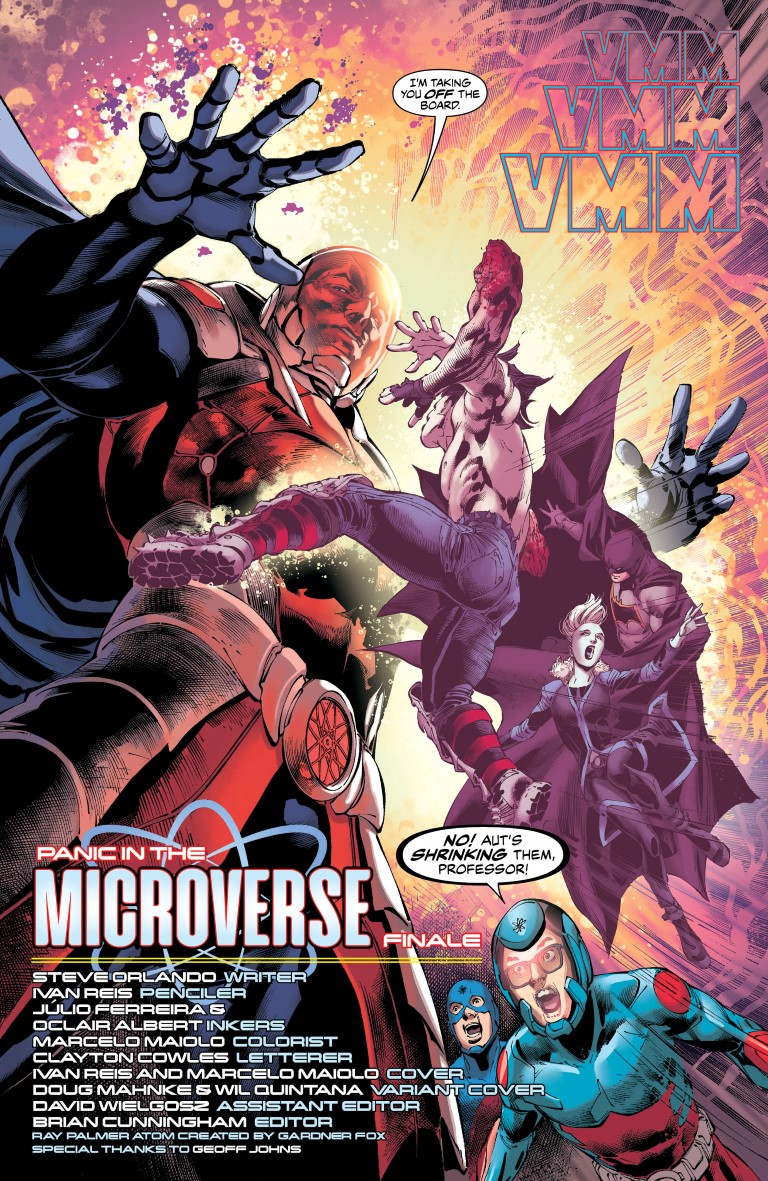 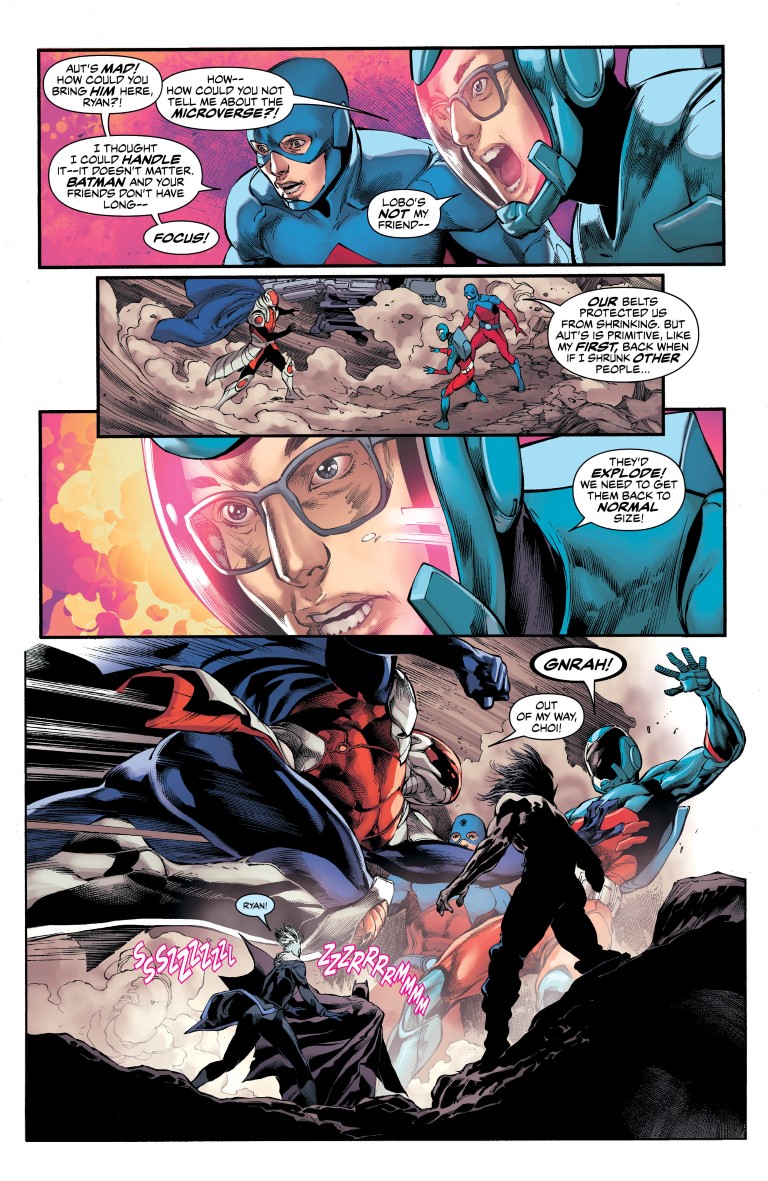 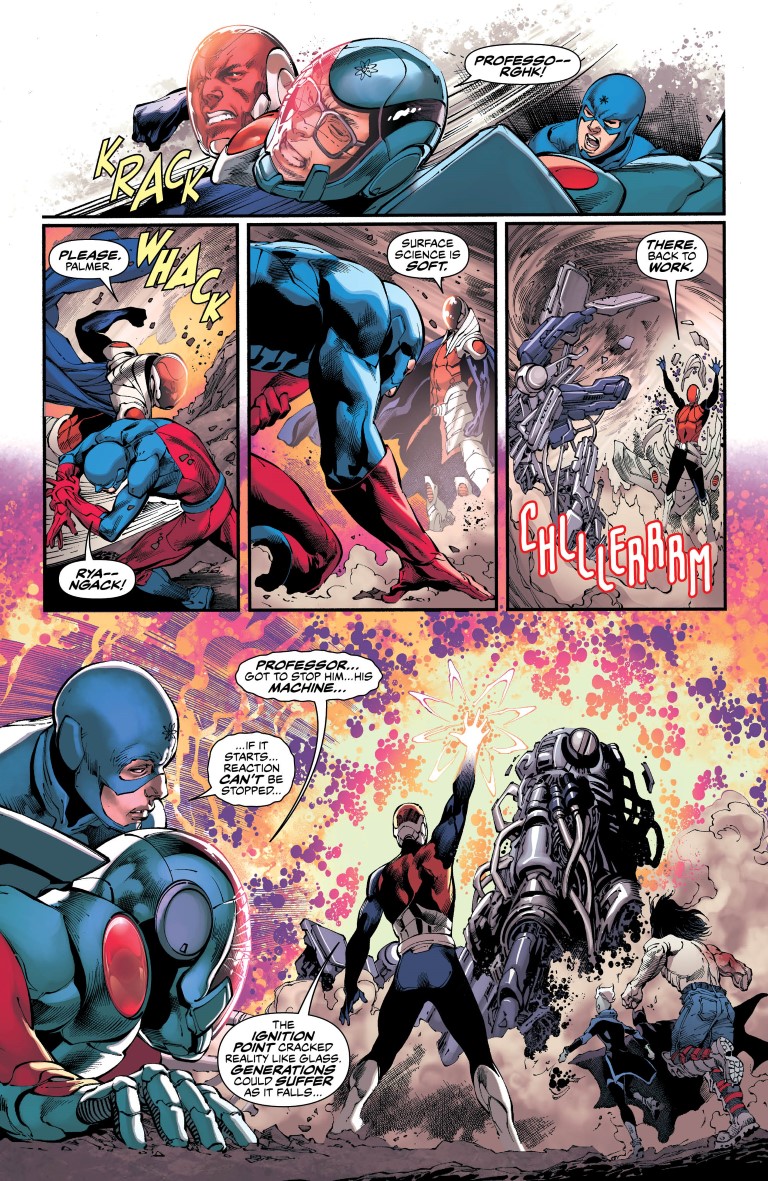 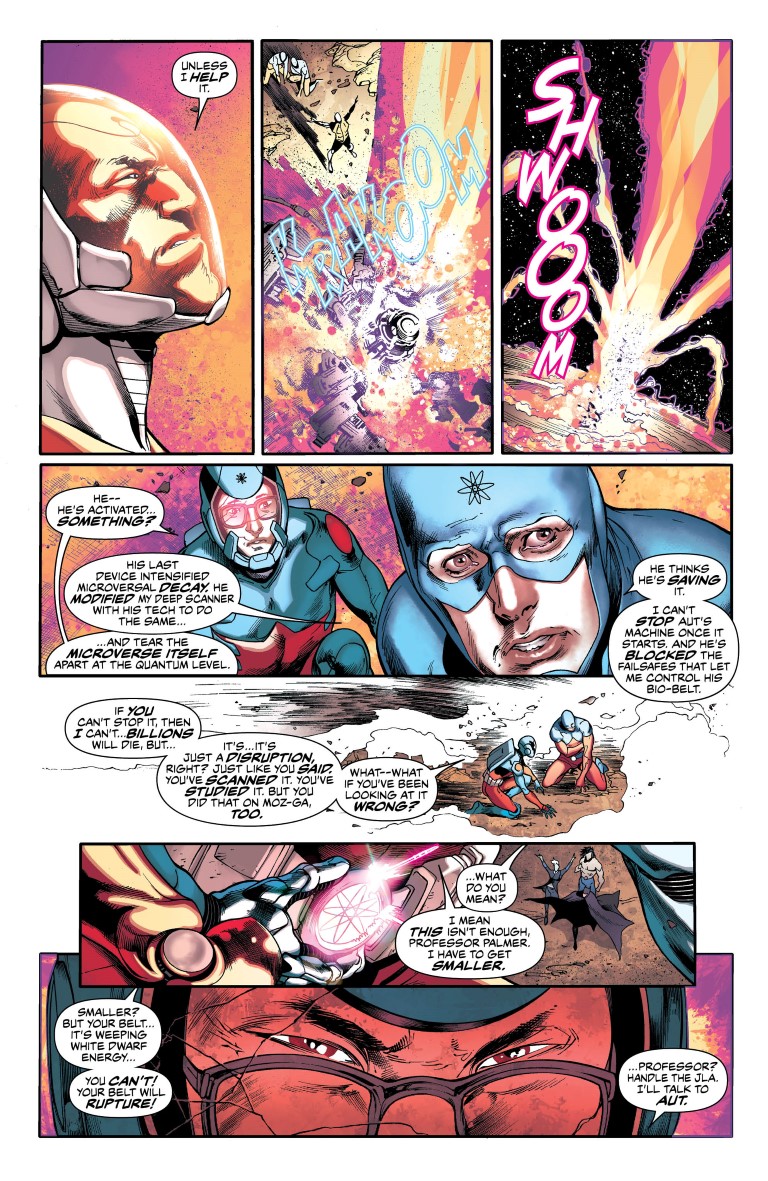 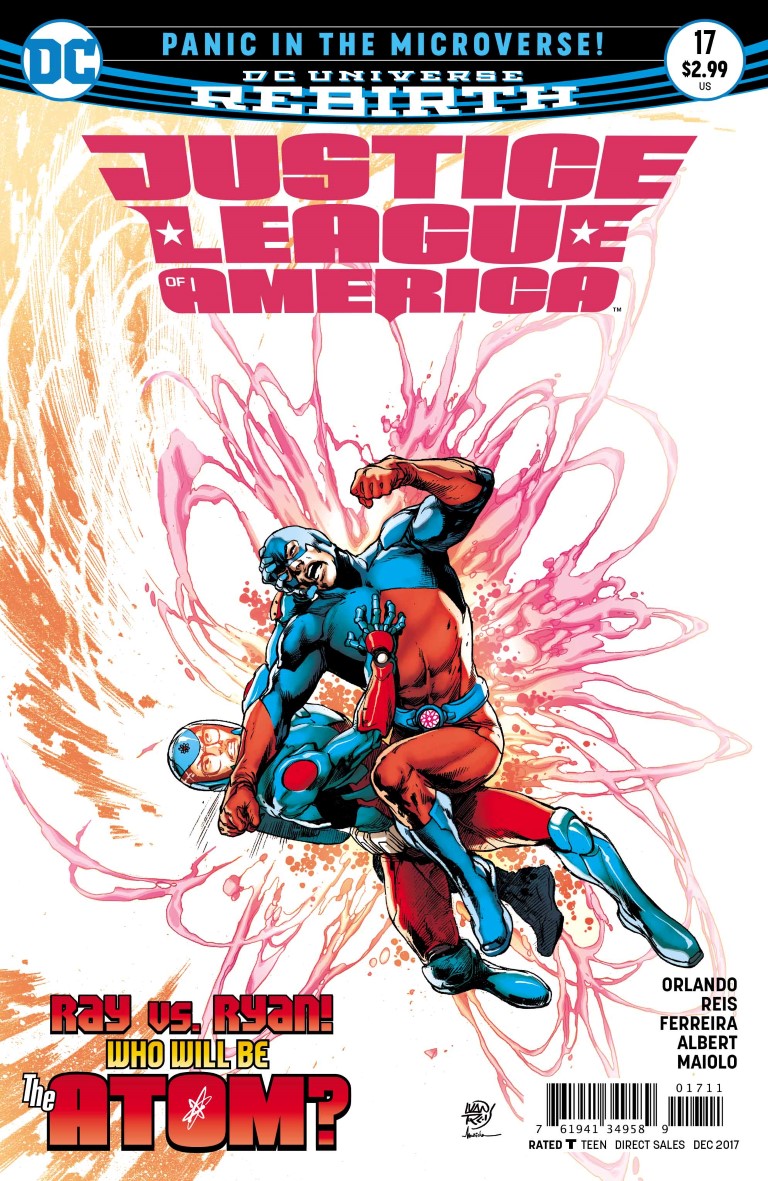 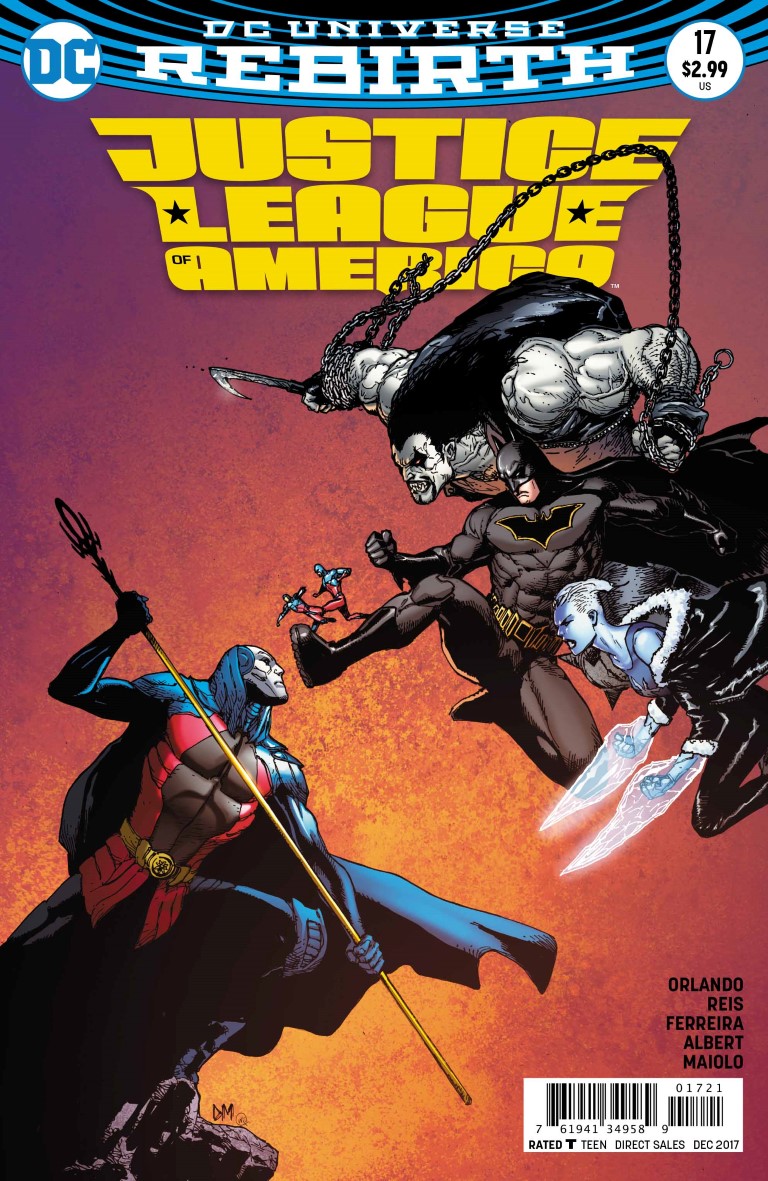