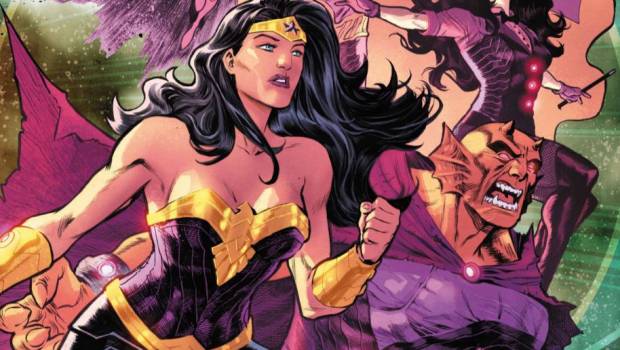 As we return to issue 3 of Justice League No Justice with some of the most bizarre leagues to date, Martian Manhunter and Starro share a moment as our favourite Martian gives this villain a pep talk as the Omega Titans continue their destruction of Braniac’s homeworld which will have huge ramifications for the universe. This conversation alone is almost worth the admission price and Starro is definitely an unexpected treat in this series.

We also learn that the son of Braniac, Vril Dox believes that his father was using the Justice League and their villains as pawns in order to not only save his planet from the Omega Titans but also become its conqueror. However without his involvement, they are doomed to fail as their success is now missing a key component, Braniac. While the various leagues attempt to figure out a solution and protect the respective trees of mystery, wonder, wisdom and entropy from the godlike Titans, Martian Manhunter unleashes his plan withStarro which ends in devastating results.

I’m enjoying Justice League No Justice, particularly between the interaction with the characters and there was some fun banter in this issue, especially from Starro and his new buddy Marty (aka Martian Manhunter). The creative team led by Scott Snyder with James Tynion IV, Joshua Williamon, Riley Rossmo and Marcus To continue giving us both answers and more questions in this epic Justice League story that transverses the universe(s) which has created an uneasy truce between the villains and heroes as the challenge the unbeatable. 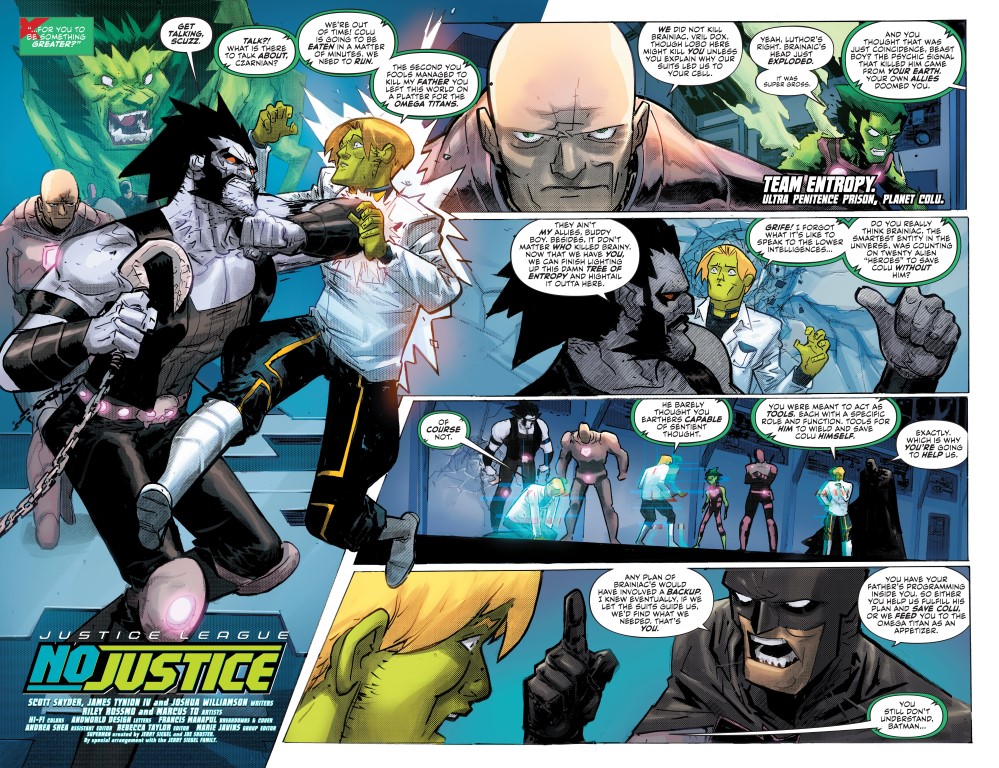 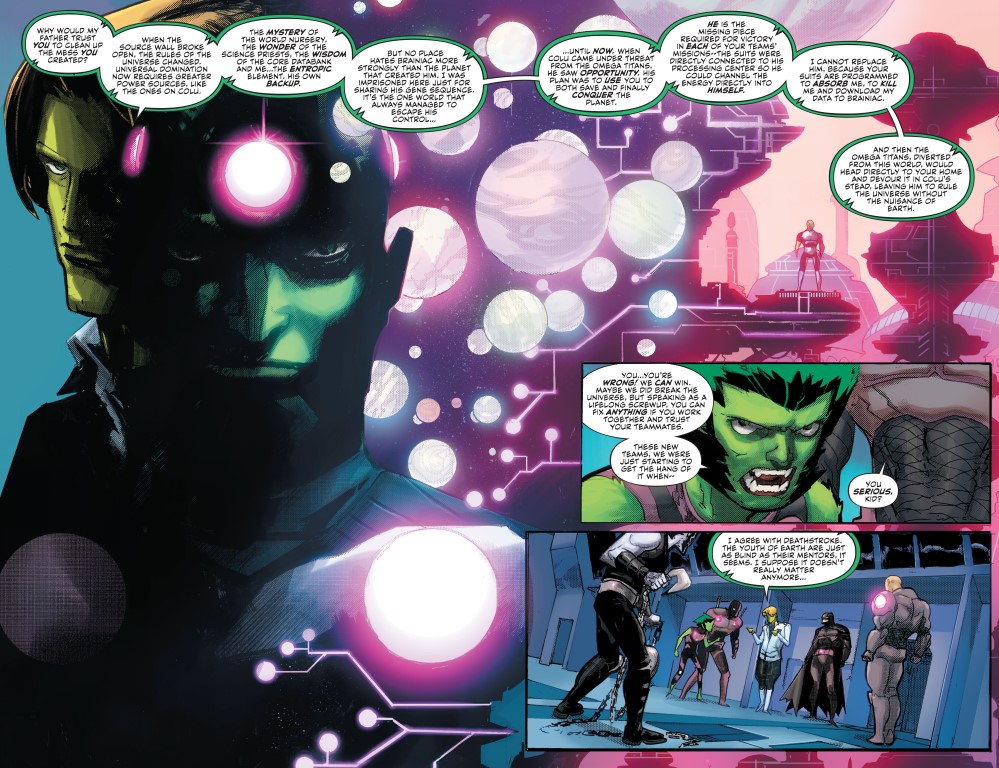 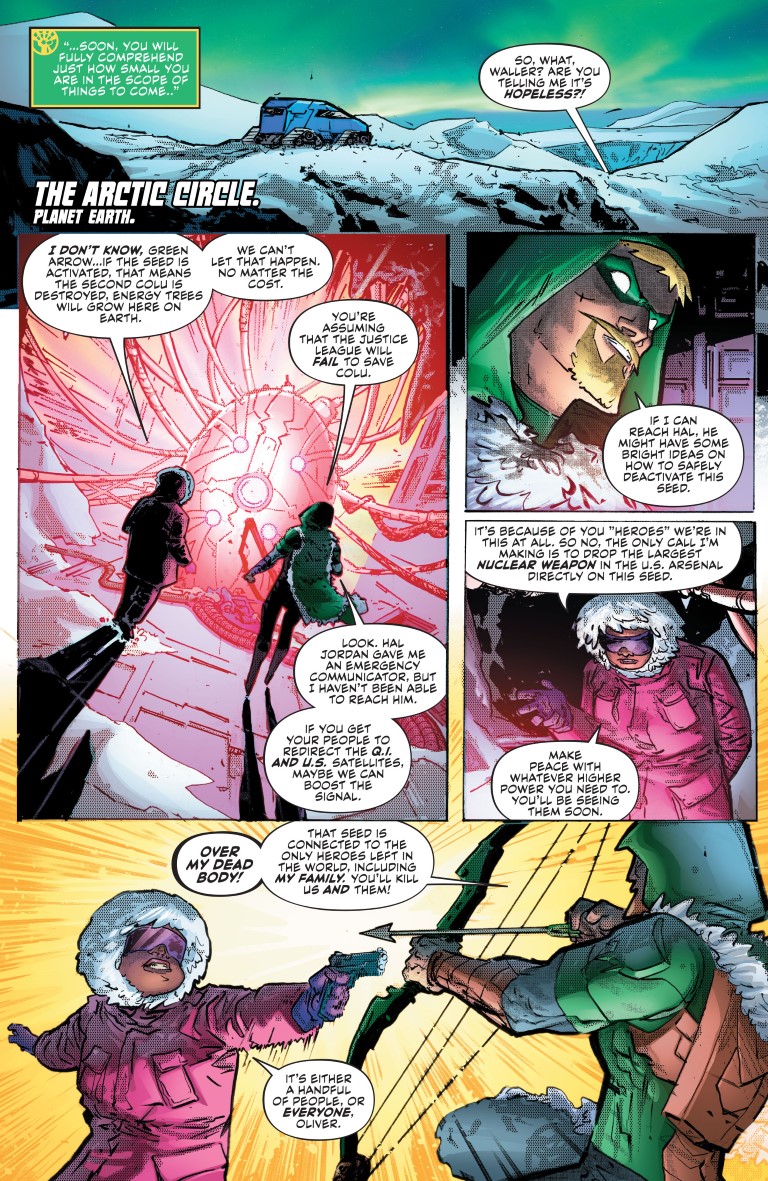 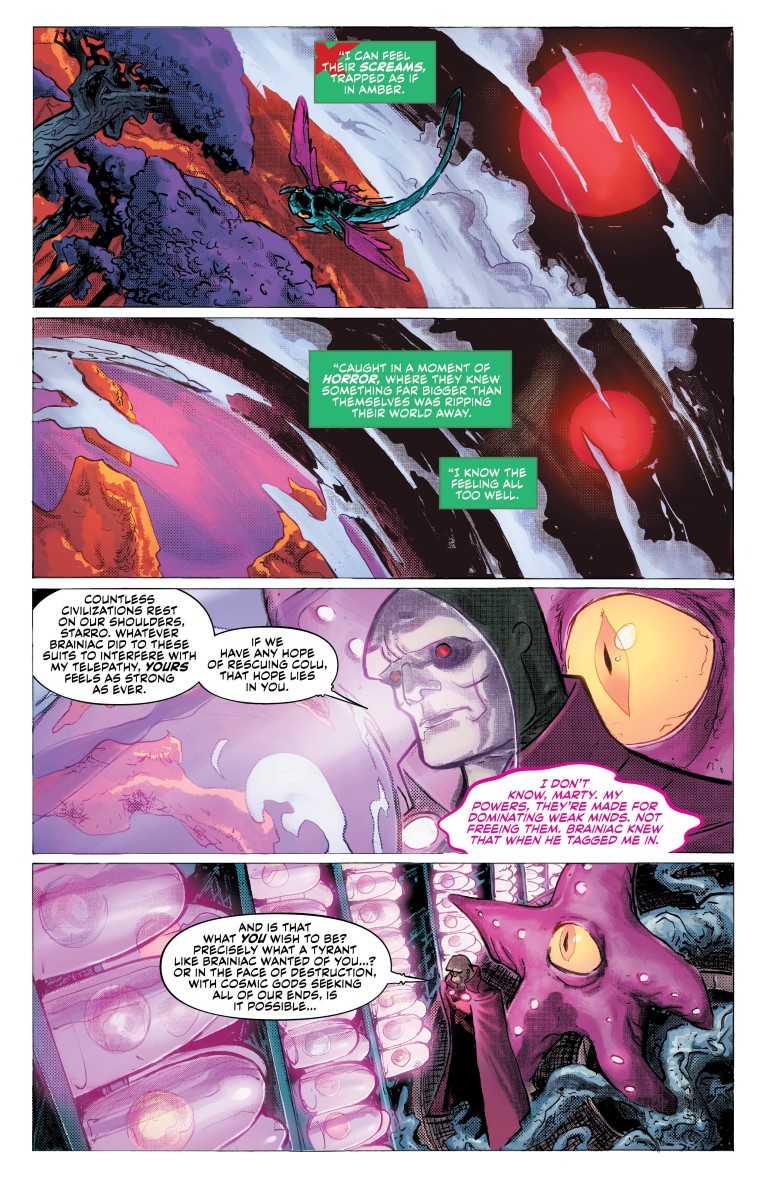 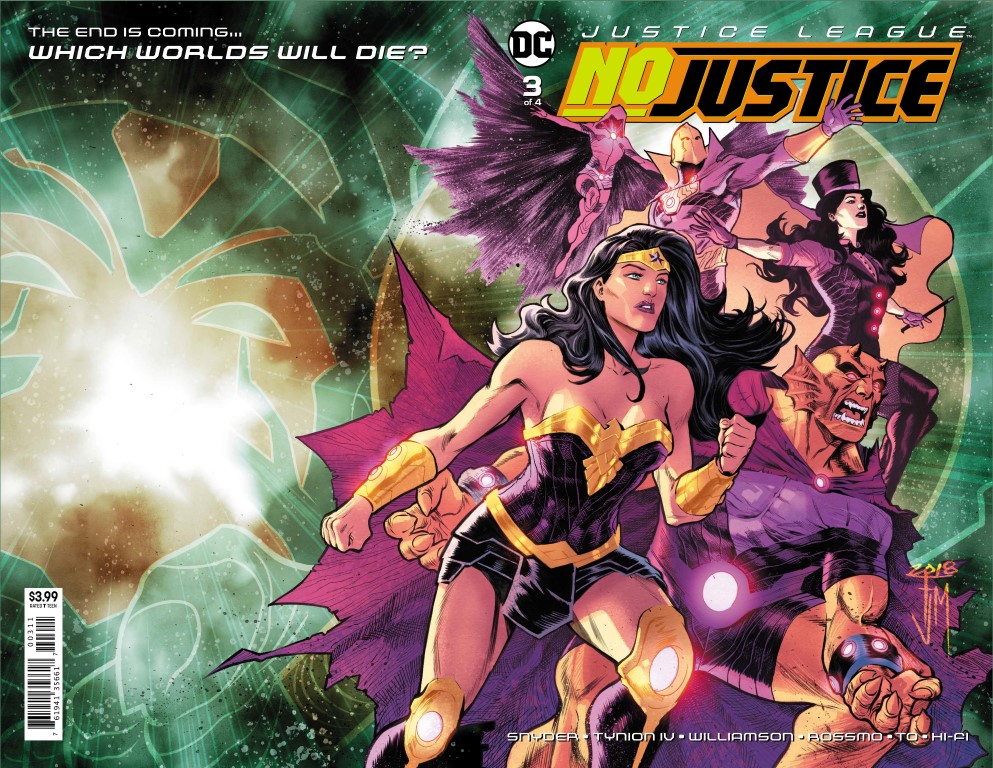