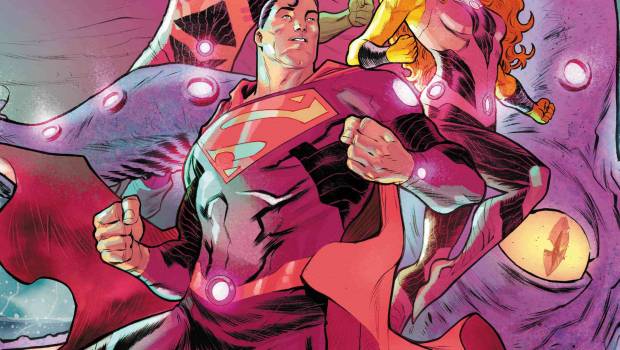 Summary: The Justice League must team together with the enemy to up against a far greater threat.

Following the events of the DC Comics event Metal, we are left on a new frontier of the universe. The Source Wall has been torn asunder and our universe is now at the mercy of only gods know what. This brings us to Scott Snyder’s Justice League: No Justice, where our heroes will find themselves teaming up with villains to take on a threat the likes of which they have never seen.The story opens with the Guardians of the Green Lantern Corps calling every ring slinger in the universe to the Source wall to seal the breach that was torn open in Metal. Guy Gardner takes the time to throw blame at the Justice League for these series of events that caused the breach in the Wall. 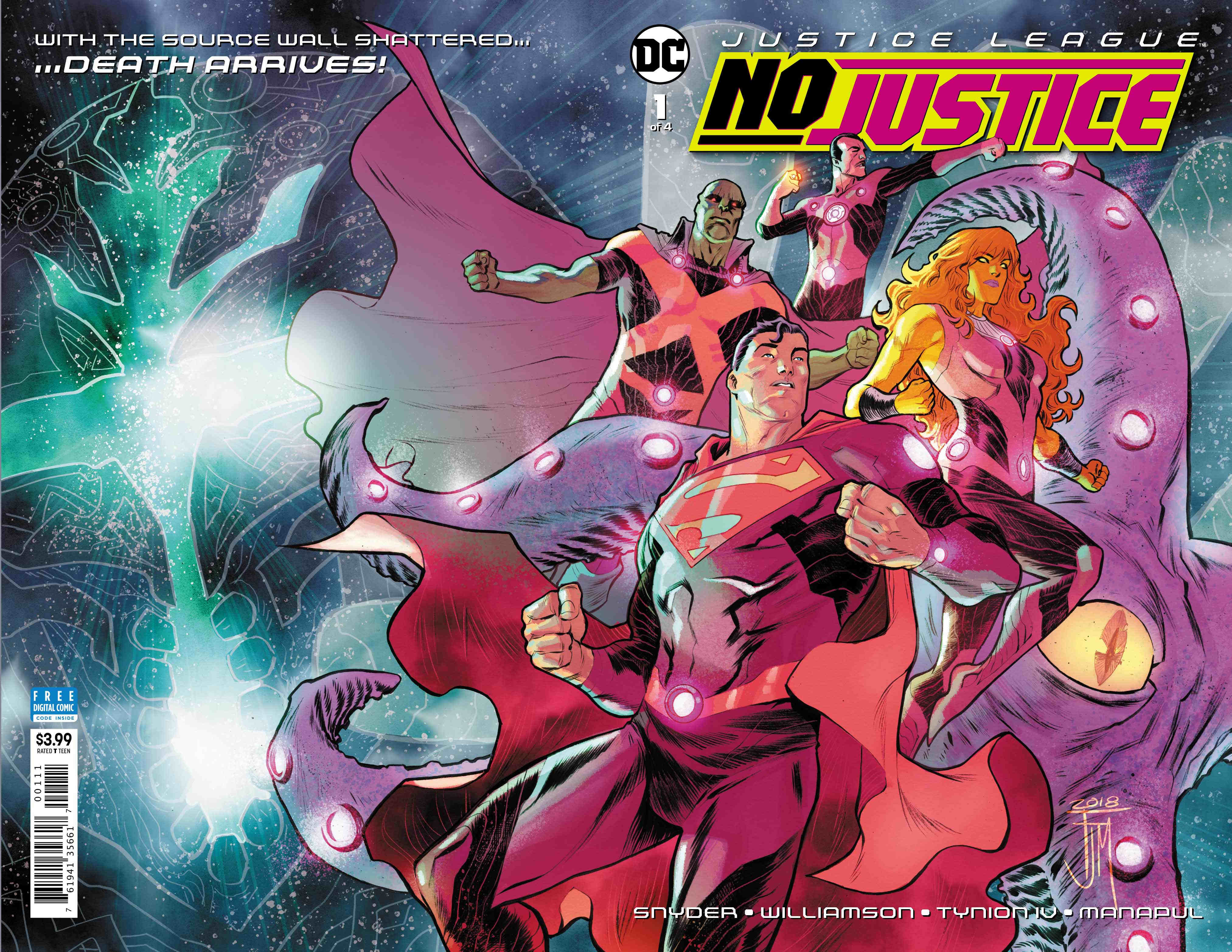 After this short lived moment in the issue, it turns into a mess that is all over the place for the next few pages or so. Things are happening everywhere with no real back story behind it, and honestly I started to lose interest at this point. It isn’t until Brainiac takes control of all the heroes that the story actually starts to resemble something that is readable. About half way through this issue, it finally felt like this hurried mess was able to put on the brakes and course correct to save the issue. 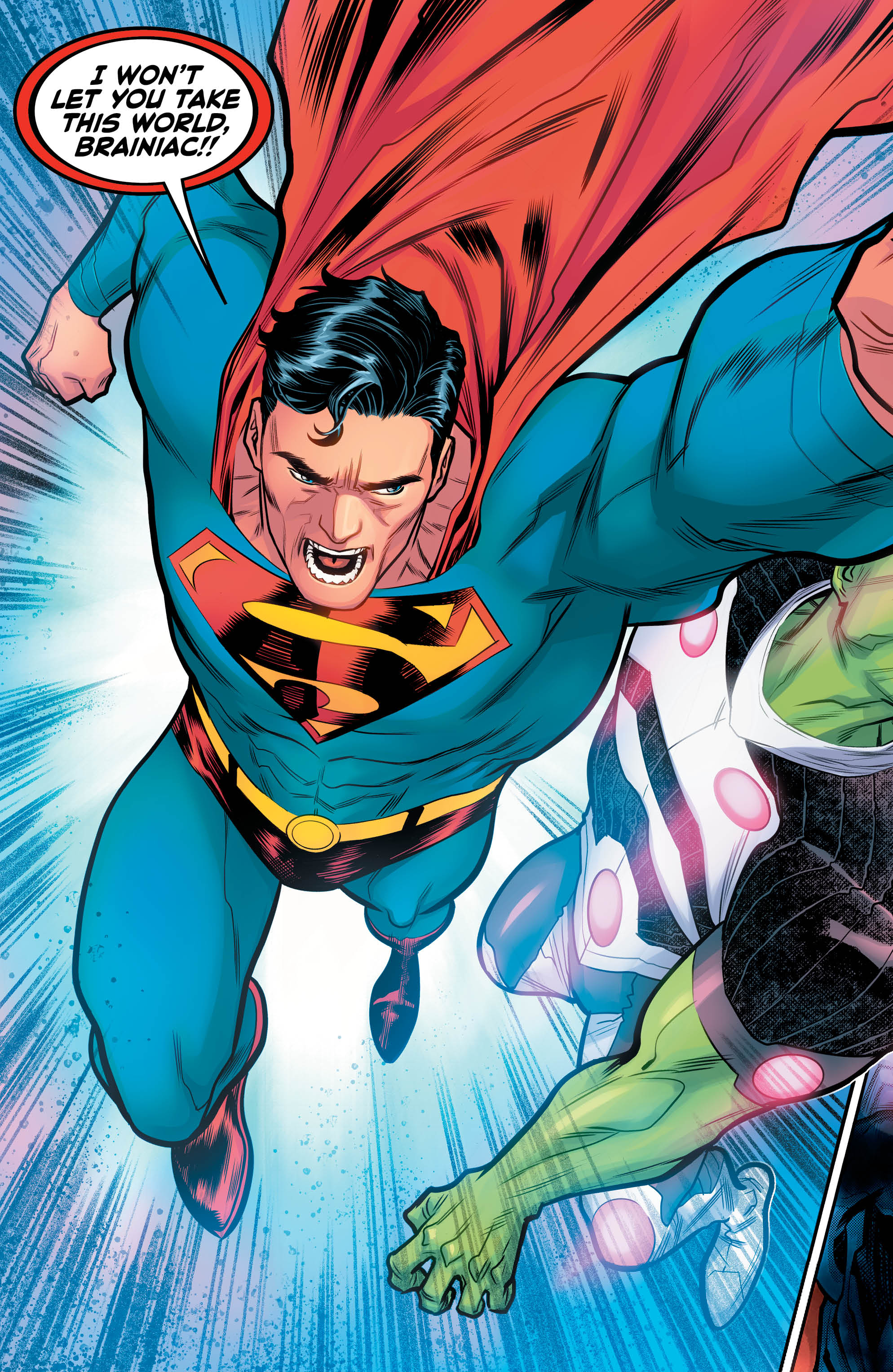 This story has Brainiac bringing heroes and villains together to fight a common enemy, which I will leave unnamed for this review; however, it kind of feels like the story currently being told in Hal Jordan and the Green Lantern Corps. Though this issue isn’t terrible, I feel like Hal Jordan and the Green Lantern Corps is doing a better job of the team up style story. We also get to see Amanda Waller up to her same tricks, meddling where she doesn’t belong. That’s good ole Amanda for you. 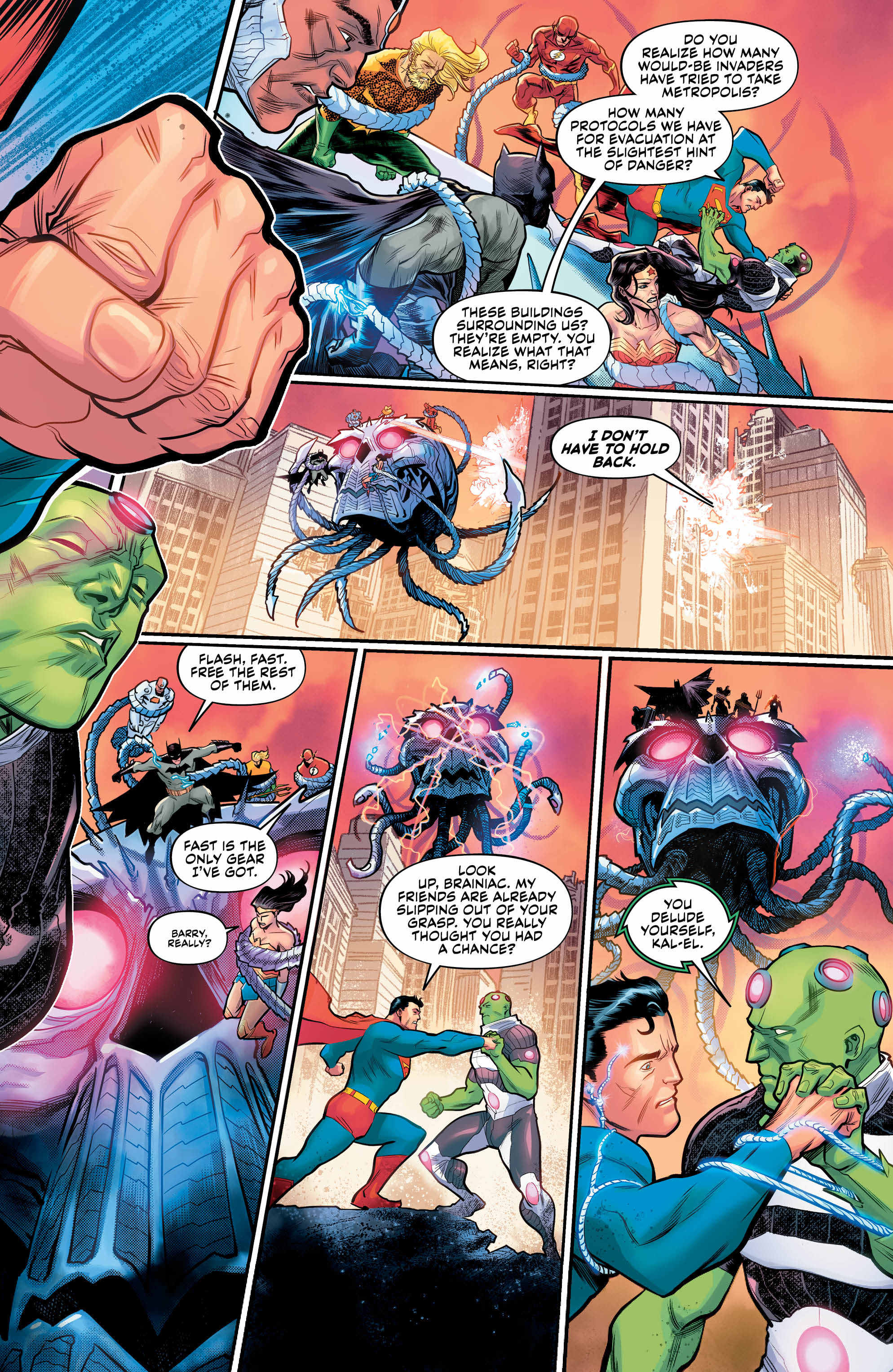 The art in this issue really seemed off and inconsistent to me through the entire issue. It’s not to say the art is bad, it just looks like two different styles that shouldn’t be together. The best way to explain it is hazy mixed with little moments of brilliance. It’s very odd and to me it really took away from this issue. 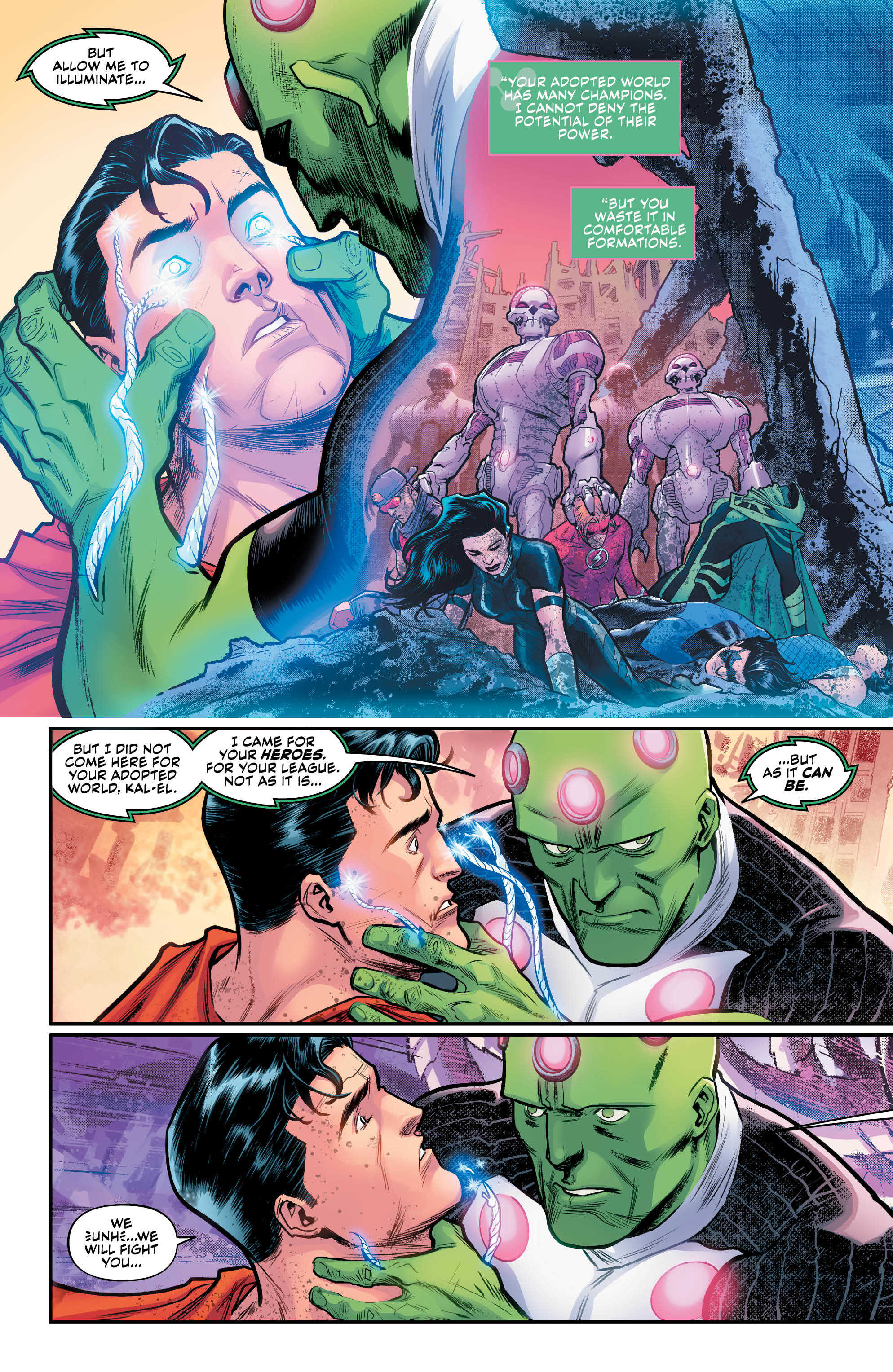 After this issue took the chance to course correct and slow things down, it really got interesting and I will continue to see where this story is headed. It looks like it could really amount to something epic being the first threat out of this new unknown part of space, but they will need to work on the pacing to really make this story work. I’m giving this issue 3 stars out of 5, with hopes that the next issue can address some of these issues. 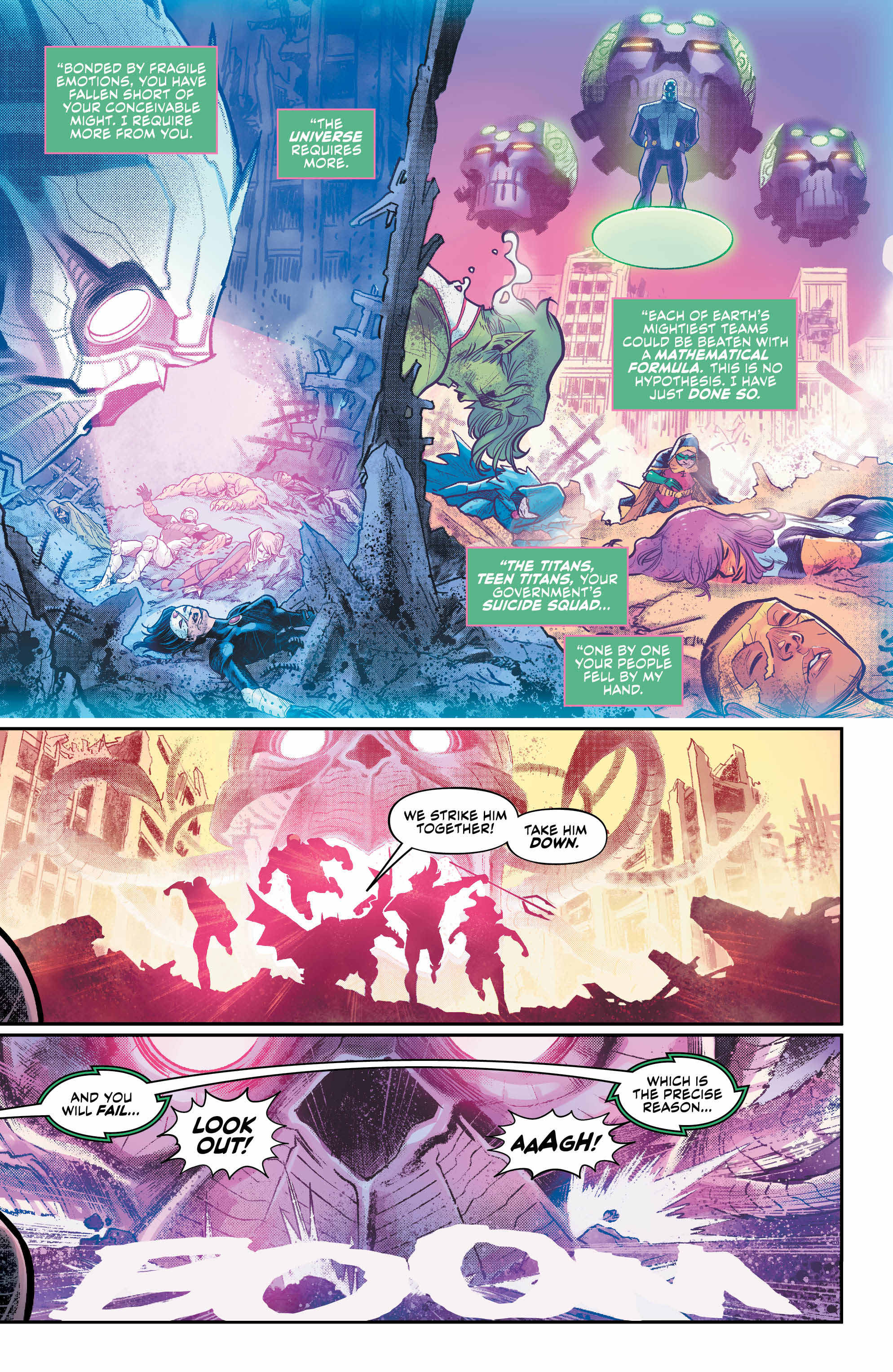