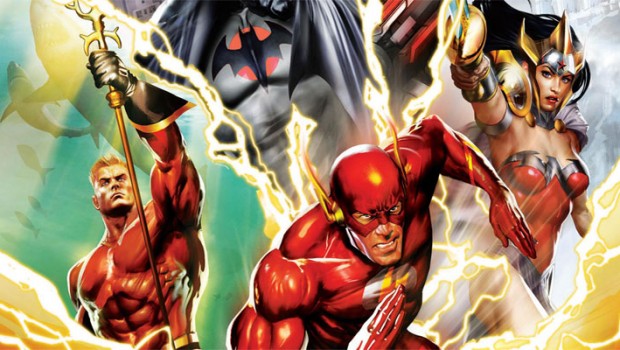 Summary: Justice League Flashpoint highlights to the world that the comic medium has changed and for the better. In Flashpoint, it is a darker version of the heroes that we all know and love which works superbly. The story is interesting and characterisation is brilliant, especially the new version of Captain Thunder (aka Shazam) and Thomas Wayne as The Batman.

In 2011, DC Comics done the unthinkable and rebooted their entire comic line. The catalyst of this reboot was the mini-series called Flashpoint that saw the Flash aka Barry Allen create an alternative timeline that had the world on the brink of total destruction. Bruce Wayne never became The Batman, Aquaman and Wonder Woman have warred their kingdoms against each other… Superman never existed and Barry Allen never became the Flash. It was a dark new world! 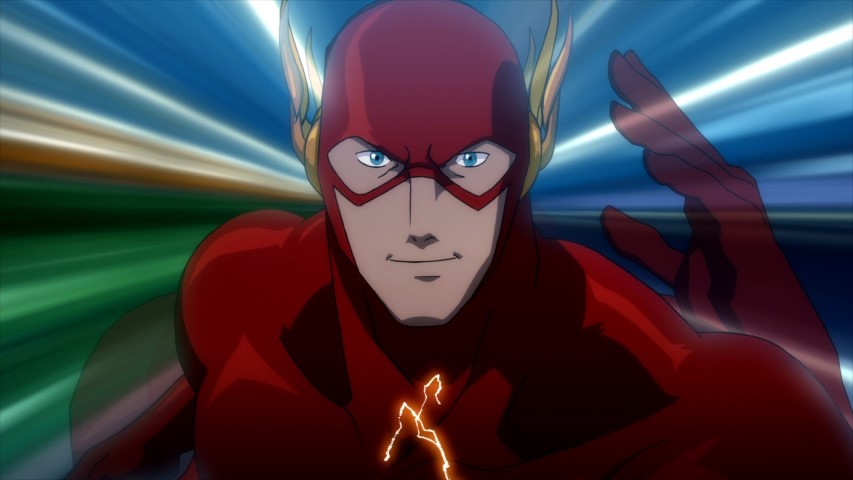 This 81 minute DC Comics movie is based on that series and successfully recreates the story on the small screen. The story commences with the Flash being captured by his Rogue’s Gallery and his arch-nemesis Professor Zoom. Thankfully the Flash knew that something was amiss and signalled the Justice League before his capture. As the Justice League came to his rescue, the rogues are once again incarcerated and Zoom vows revenge against the Flash. 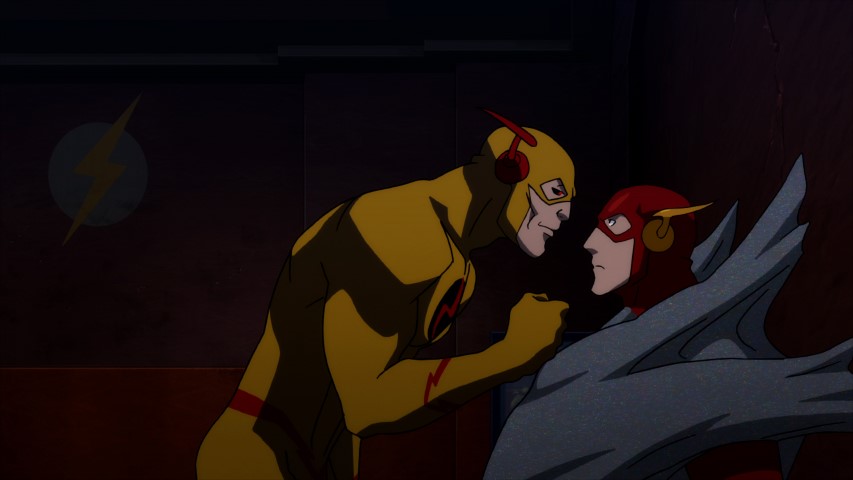 The next day, Barry Allen awakes but something is amiss with the world that he lives in. He soon realises that his mother is alive but he is no longer the Flash and as he explores this strange world, he discovers that Amazonians lead by Wonder Woman have devastated the planet with their war against the Atlanteans. The only man that Barry can turn too is Batman but when he discovers this strange version of the caped crusader, he is considerably darker and his alter ego is Thomas Wayne, the father of Bruce Wayne. In this dark world, Bruce Wayne was killed as a boy, Superman’s ship never crashed in Kansas and a variety of heroes never came to be. Barry must somehow right the wrong that Zoom created. 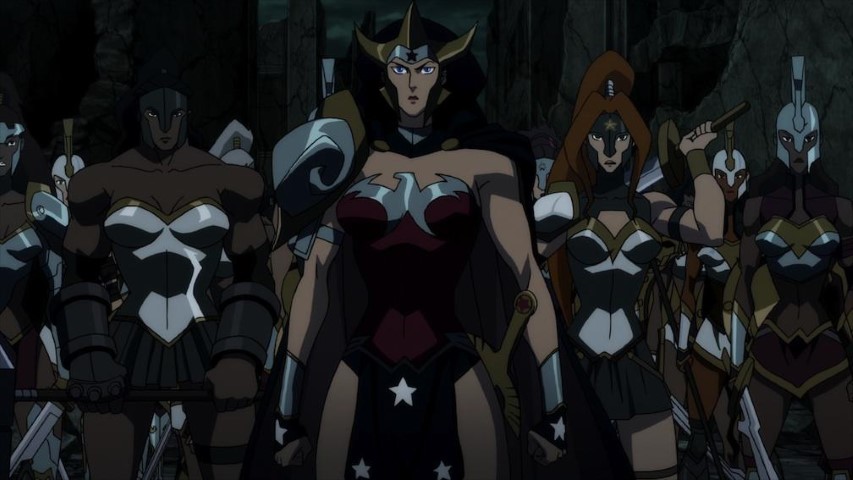 In a desperate effort to reclaim his former world, he recruits Thomas Wayne to assist him in becoming the Flash again in a very gruesome scene. With that said, Flashpoint is definitely not for children and is quite violent, gory and at times a little over the top but given that, comics have grown and more adults read this medium now than children.

Even so, Flashpoint is a fascinating insight into the world of DC Comics and that not everything is always black and white. The movie finishes with a brilliant scene between the Flash and Batman that was also used in the comic. The animation of Flashpoint is interesting due to the stylisation as everyone looks tall in it. This is not to say the animation is bad but something looks a little awry. 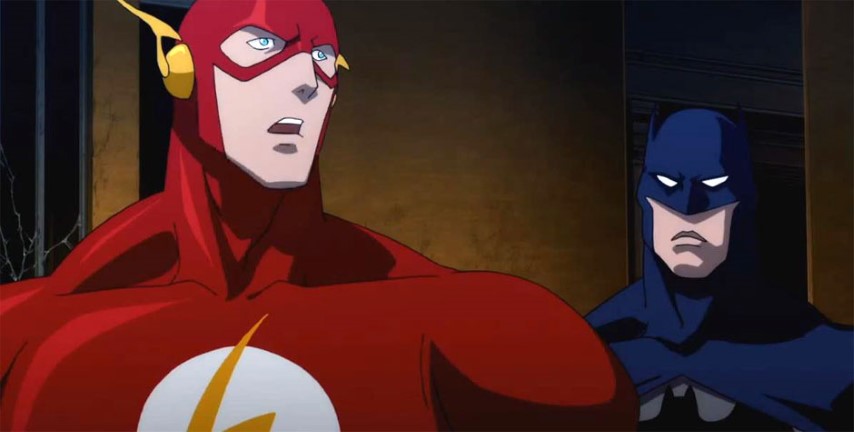 Nonetheless the animation looks superb on Blu-ray as is the Dolby Digital 5.1 audio track that really enhances the story of Flashpoint. To compliment this release, there are a ton of extras that include commentary by writer Geoff Johns, Producer James Tucker, Screenwriter Jim Krieg & Director Jay Olivia plus 4 cartoons featuring the Flash from the various cartoon TV series.

Add in an interesting documentary about time and the Flash plus a digital version of the comic Flashpoint #1 which was written by comic scribe Geoff Johns. Warner should once again be commended on the wealth of special features that are actually quite interesting and enjoyable to watch.  I really enjoyed these special features! 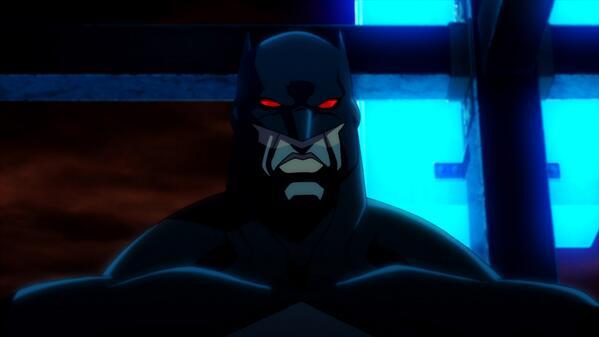 Justice League Flashpoint  highlights to the world that the comic medium has changed and for the better. In Flashpoint, it is a darker version of the heroes that we all know and love which works superbly.  The story is interesting and characterisation is brilliant, especially the new version of Captain Thunder (aka Shazam) and Thomas Wayne as The Batman. What a ride! 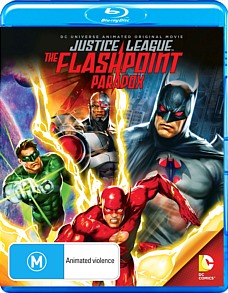