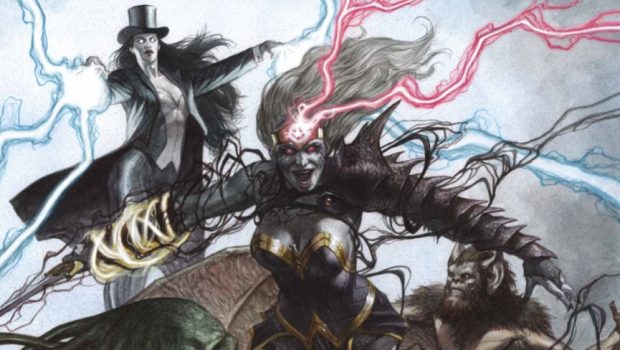 With magic dying around the world, writer James Tynion IV commences the final arc of the Witching Hour saga with a perspective from other magic users in this universe. As Etrigan gags on blood as he attempts to transform into Jason Blood, Solomon Grundy feels himself dying, however his brain is unable to register what is happening. Elsewhere and high above the Earth, Dr. Fate, now controlled by Nabu (again) hears the Earth scream that does shake him to the core. [#: Theory… maybe Dr. Fate started this catalyst to stop the Otherkind?]

Back on Earth, the Swamp Thing has captured a now un-possessed Black Orchid as he informs her that the Parliament of Trees is gone and that the Green is dying. As Black Orchid apologies, she informs Swamp Thing that it was the Hectate, however the goddess informs him that with her power, the Green will turn into something special under her auspice and then like a nightmare, she adds that for the Parliament of Flowers to grow, the old must be pruned away.

At the Oblivion Bar, a now free Manitou Dawn informs Detective Chimp and the other magic users here that she was was shaken free of this dark goddess’ hold courtesy of the events of Nanda Parbat te in the previous issue. Manitou Dawn also surmises that if Black Orchid and herself are free, this means that Wonder Woman is the last of the magic users under the control of Hectate. In another place, more specifically the collective unconscious where Wonder Woman’s free will is held, she makes one last ditch effort to break control from Hectate as Witchfire watches on.

This issue also explores the origin of Hectate and before there was magic on Earth, she was the light and the Upside-down Man is darkness as she bestowed magic on the world as a gift. Unfortunately mankind became jealous of her power and turned on Hectate where she imprisoned. As an act of revenge, she pulled a piece of dark magic from the dark multiverse that would corrupt the magic of man and would lead to unstability.

With Diana back in control of her possessed form, she banishes Hectate to the other Otherkind where the Upside-man begins consuming the powers of this fallen goddess. So while the repercussions of this battle subside, we discover that the Otherkind are closer to this reality than ever before and that Circe ascends into a new goddess of magic as the laughter of evil can be heard.

Justice League Dark Wonder Woman Witching Hour #1 nicely concludes this story and although some parts felt slightly rushed, writer James Tynion IV nicely linked the story to the first arc and it was great seeing Dr Fate again, although I’m guessing his part in all this has just begun as with the Justice League Dark. The story has also resulted in some new players in the world of magic as artist Jesus Merino successfully brings it all together as the first blockbuster event of Justice League Dark finishes. 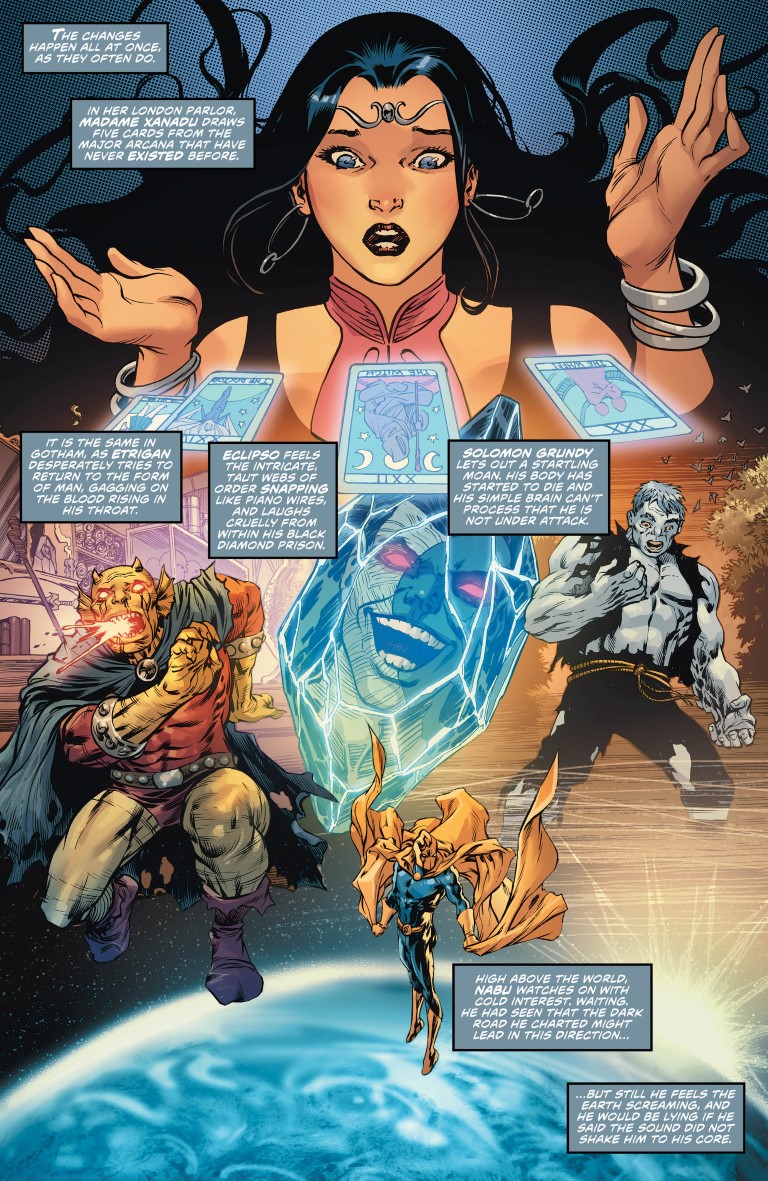 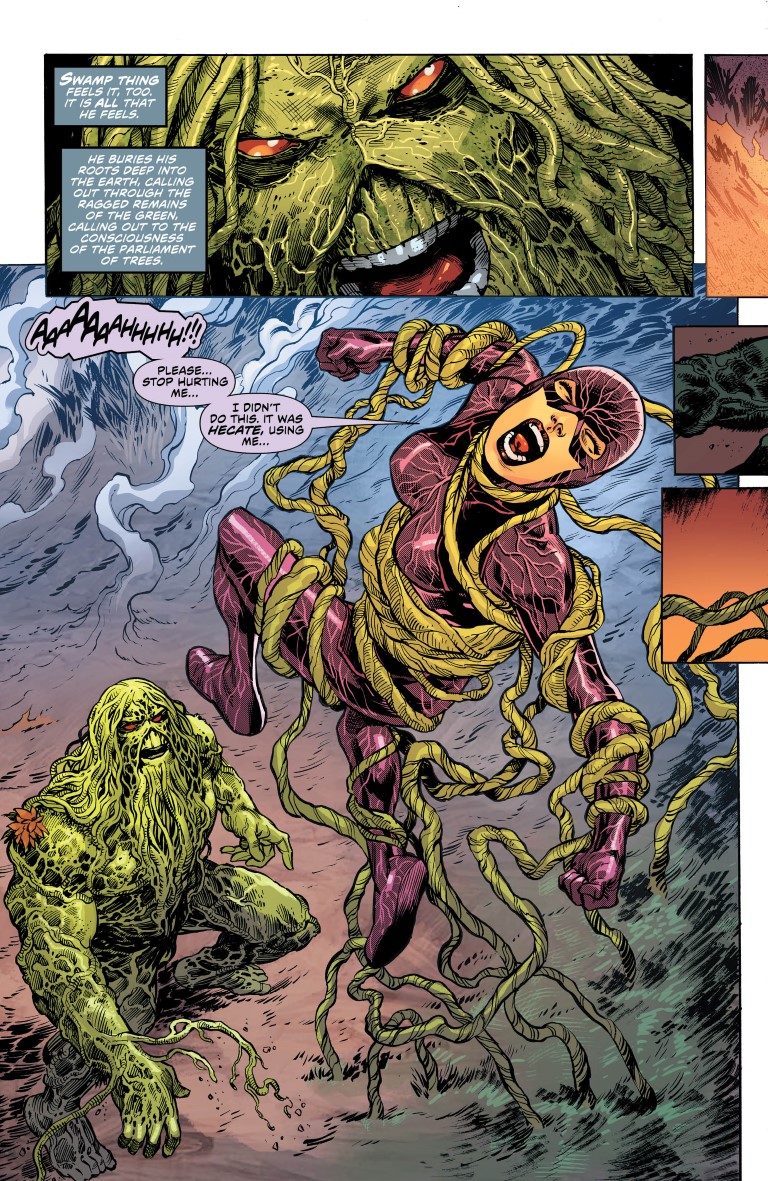 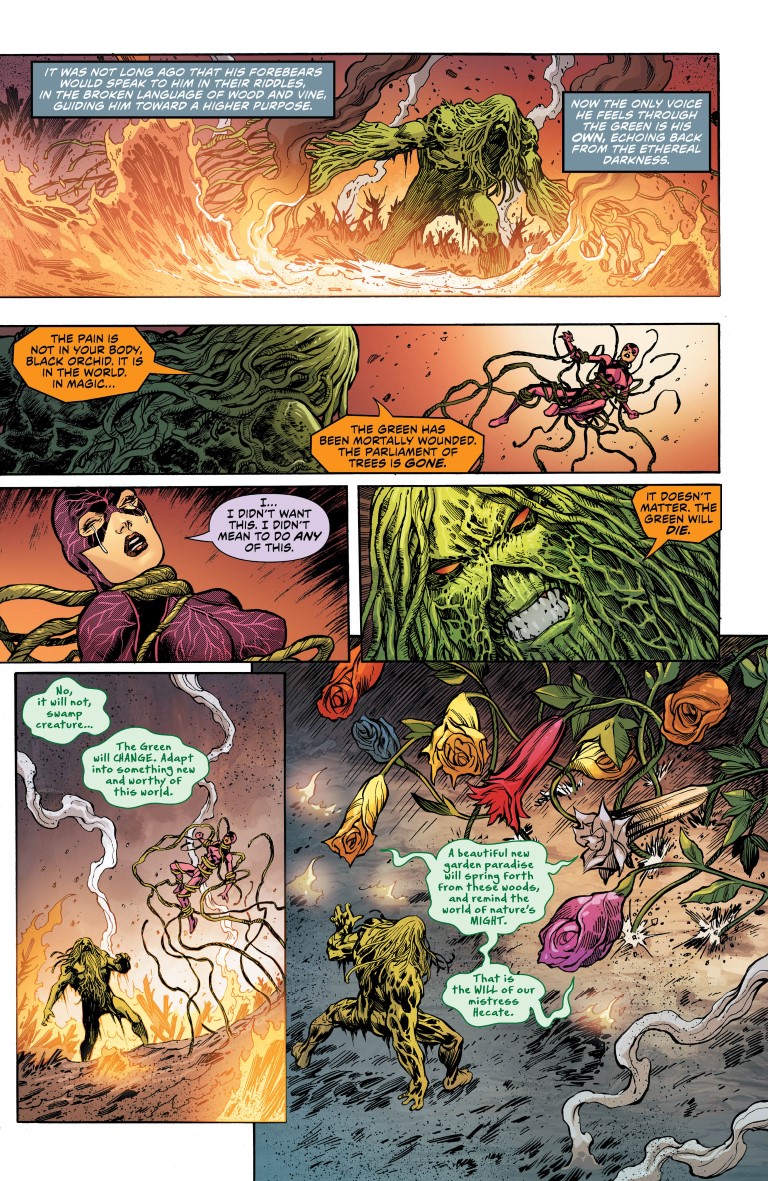 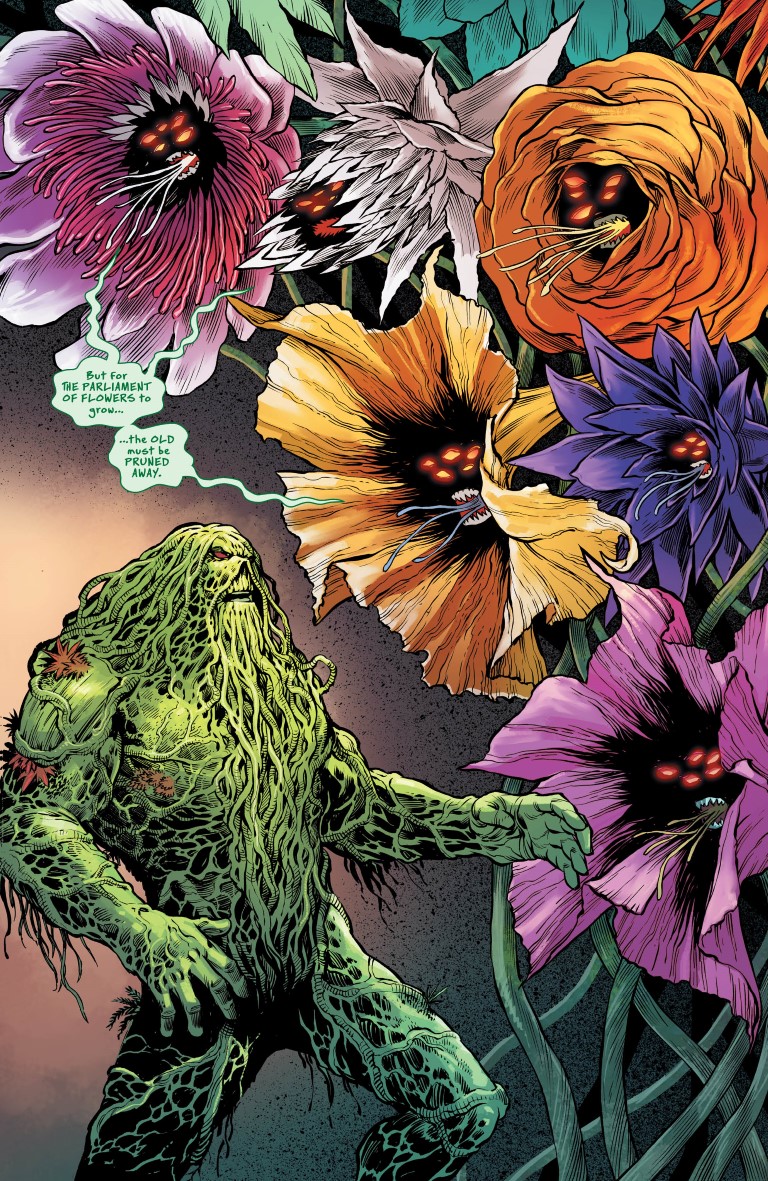 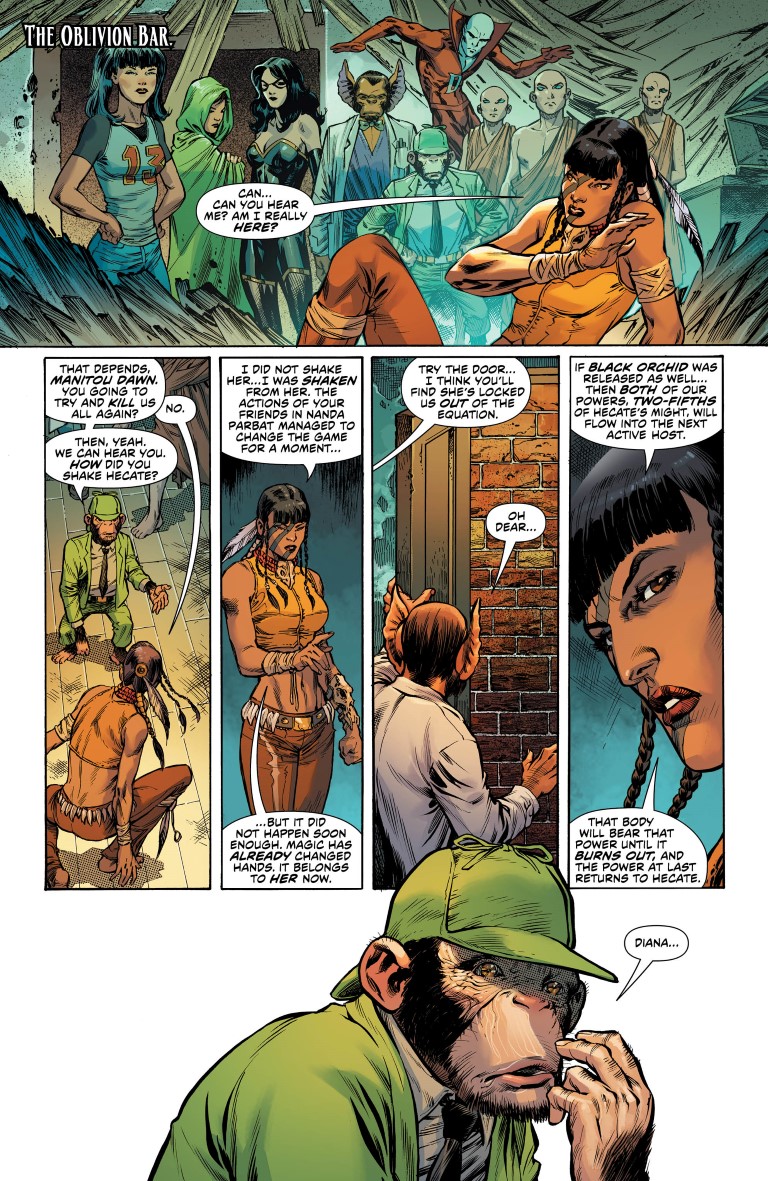 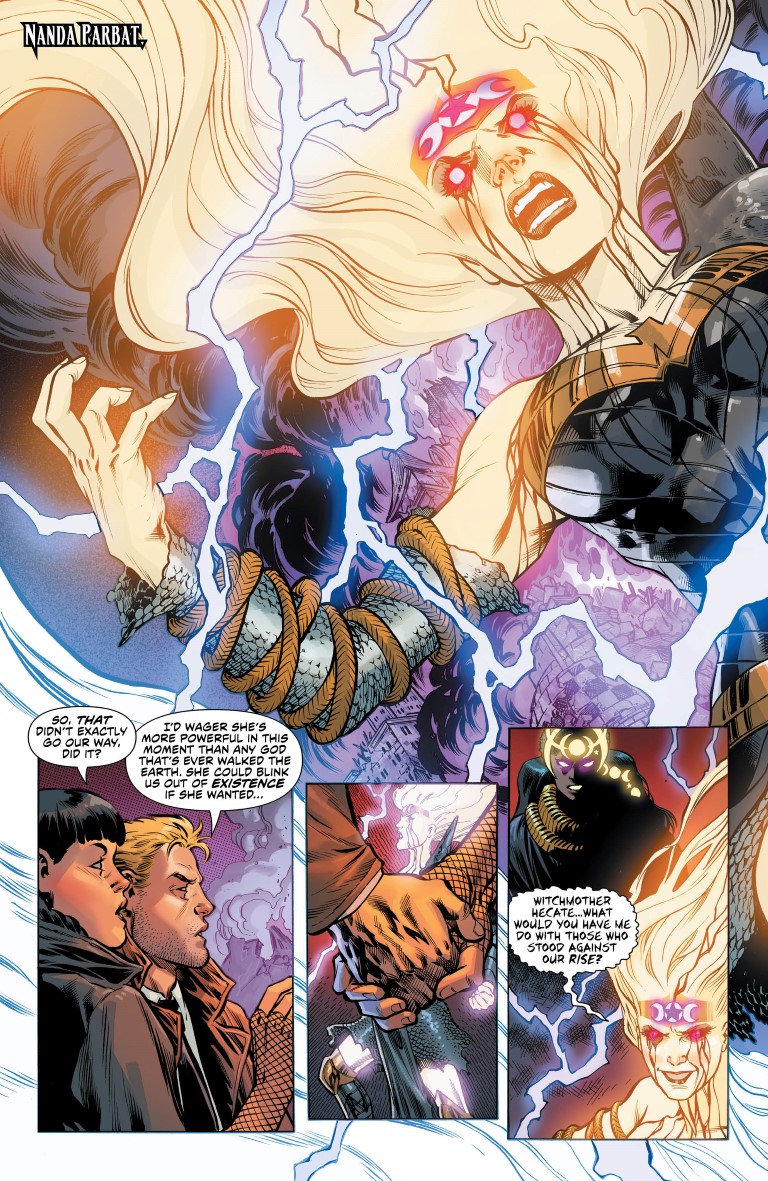 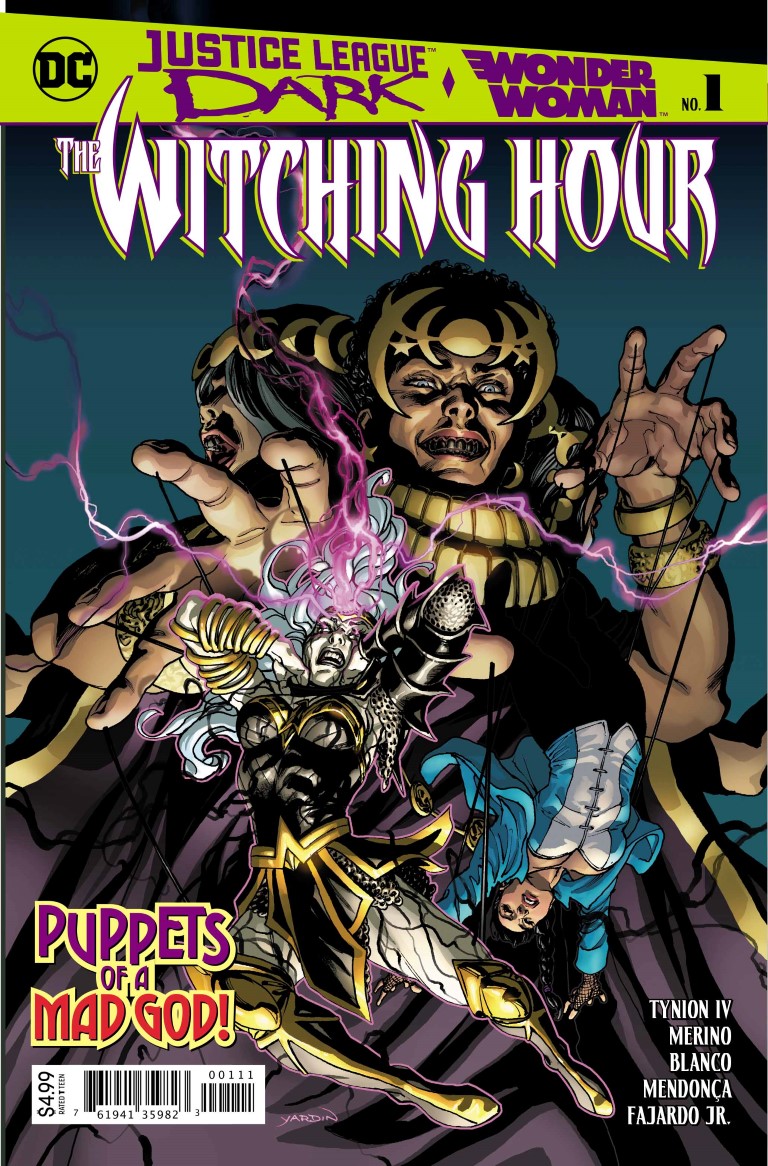 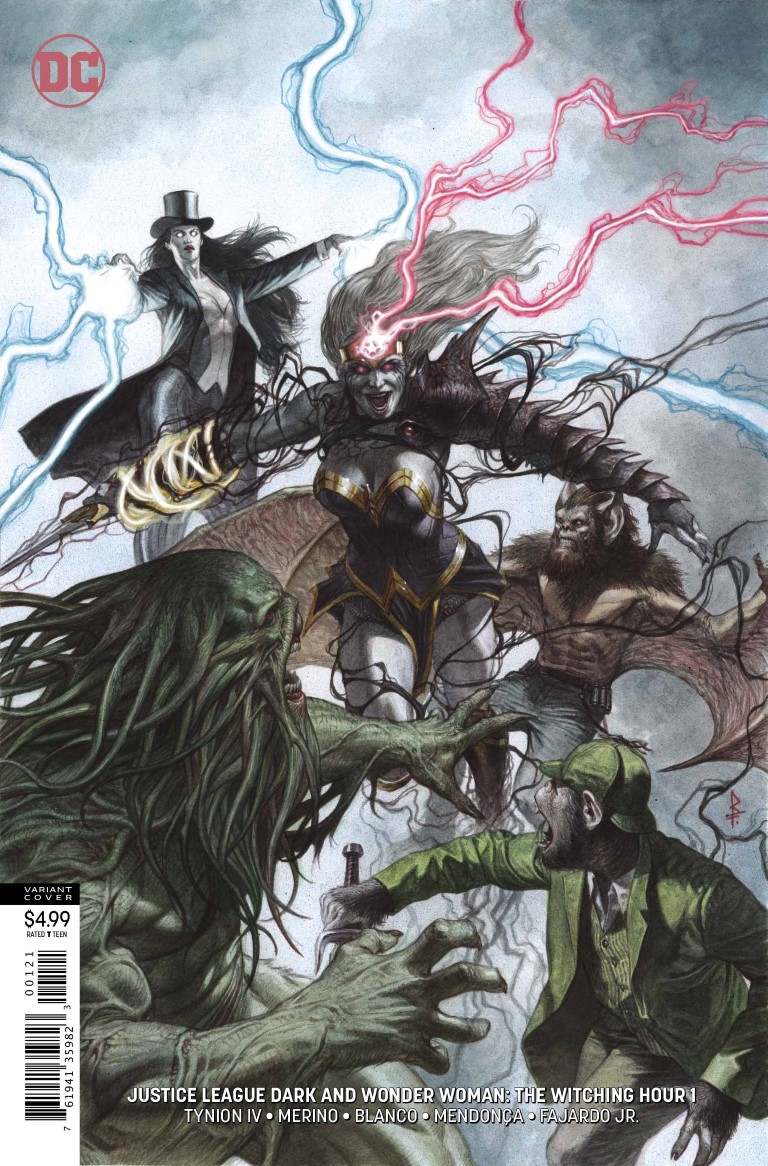 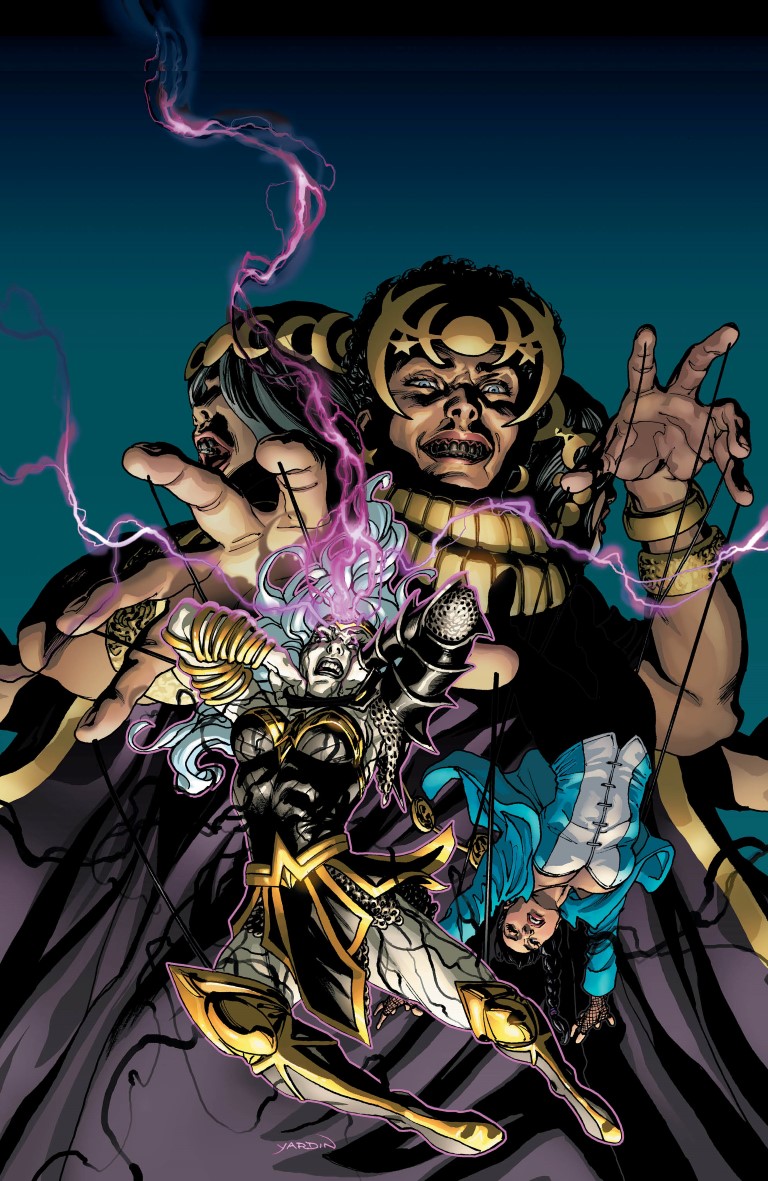