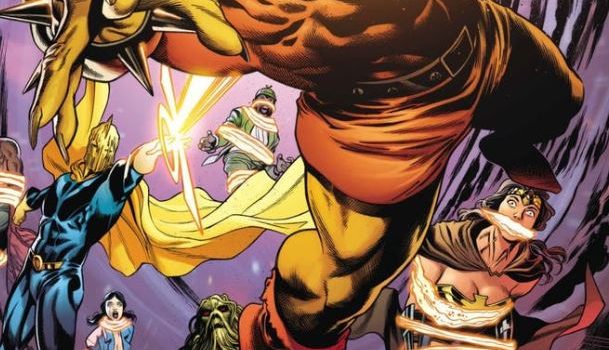 Summary: Justice League Dark #9 gives us a glimpse into the tarnished helmet of Nabu!

Writer James Tynion IV gives us the biggest piece of the Doctor Fate puzzle yet as to why the Lord of Order known as Nabu has become tarnished and has become an “anti-hero” as this godling now walks a darker path. The issue opens with Khalid Nassour, the pupil of Kent Nelson and former Doctor Fate explaining to Man-Bat the catalyst of Nabu turning bad which commenced during the invasion from the Dark Multiverse and how he fell and became trapped in his helmet as the Source Wall fell which was the birth of a dangerous idea, including the appearance of the Tree of Wonder. While Kent Nelson, the original wielder of artifacts of Fate debated with Nabu, the ancient Lord of Order who finally got the upper hand over his host and his wish, to unleash the Otherkind on Earth to purify the world of magic.

Back of Myrra, Nabu and his newly formed Lords of Order are about to engage Bobo and his Justice League Dark as Jason Blood turns into The Demon in “hope” of stopping this unstoppable force. We also learn who the hosts for these new Lords of Order are that include Madame Xanadu now wearing the Cloak of Cyra, Ibis the Invincible unwittingly with the Breastplate of Hoku, Gregorio De La Vega (aka Exrano) forced to wear the Boots of Delphi and Mark Merlin wielding the Gauntlets of Myrath.

Just like Kent Nelson wields almost endless power courtesy of the Helmet of Nabu so do these other magic users who are now under the same influence of Nelson, possessed by a Lord of Order. As the Lords easily defeat The Demon and send him back to hell, Blue Devil arrives as he realizes that not only Bobo is in trouble (again) but so is the world of Myrra. Elsewhere, Zatanna and Wonder Woman have sought out Circe in order to seek out Modru, a Lord of Chaos who they believe may be able to stop Doctor Fate and his newly assembled Lords of Order.

Wow… this story is starting to intensify as magic is about to hts the proverbial fan and with the world of Myrra on verge of collapse, the Otherkind about to destroy magic on Earth and two of the Justice League Dark’s most powerful members absent from the team, things are not looking too good for Bobo and his champions. Further adding to the story is the great dialogue in this book which felt quite real, with nothing too forced or contrived.

Furthermore, it’s great that Tynion IV pays homage to his source material, particularly that of Doctor Fate with a great link to the Dark Multiverse. Add in the stellar art of Alvaro Martinez Beuno who successfully captures the world of DCU magic plus the characters with all their emotions perfectly, including the M.C Escher feel to the Tower of Fate and this was easily my favourite issue of Justice League Dark and I for one cannot wait to see how it all unfolds! 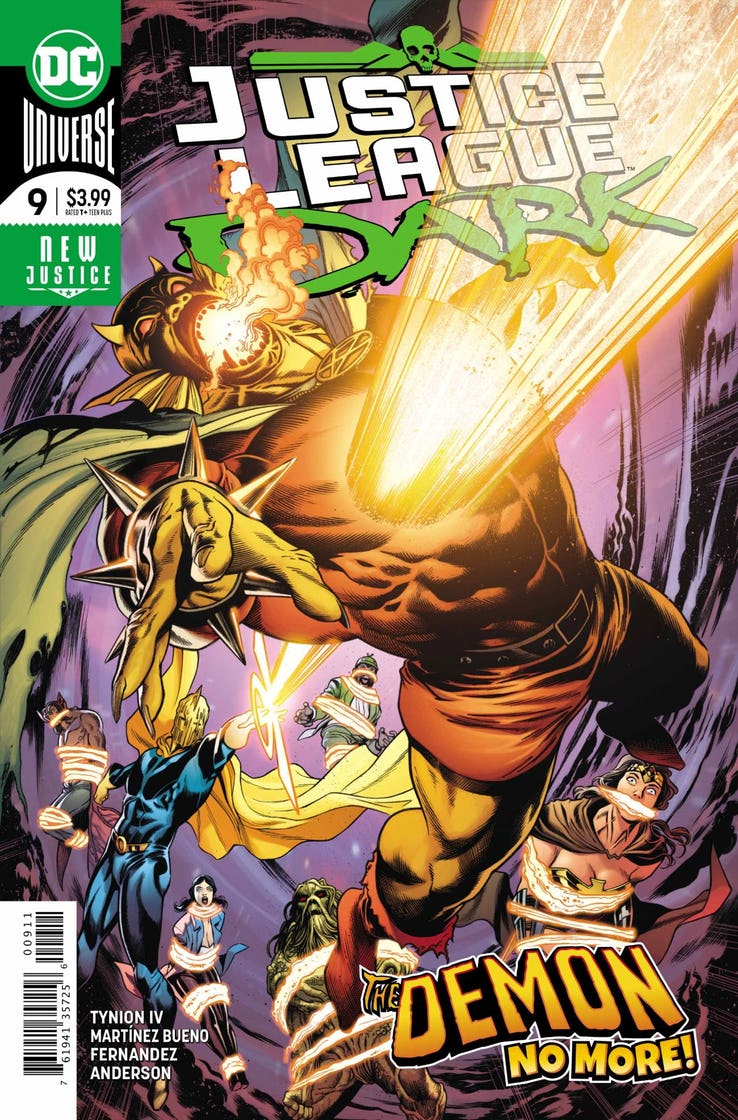 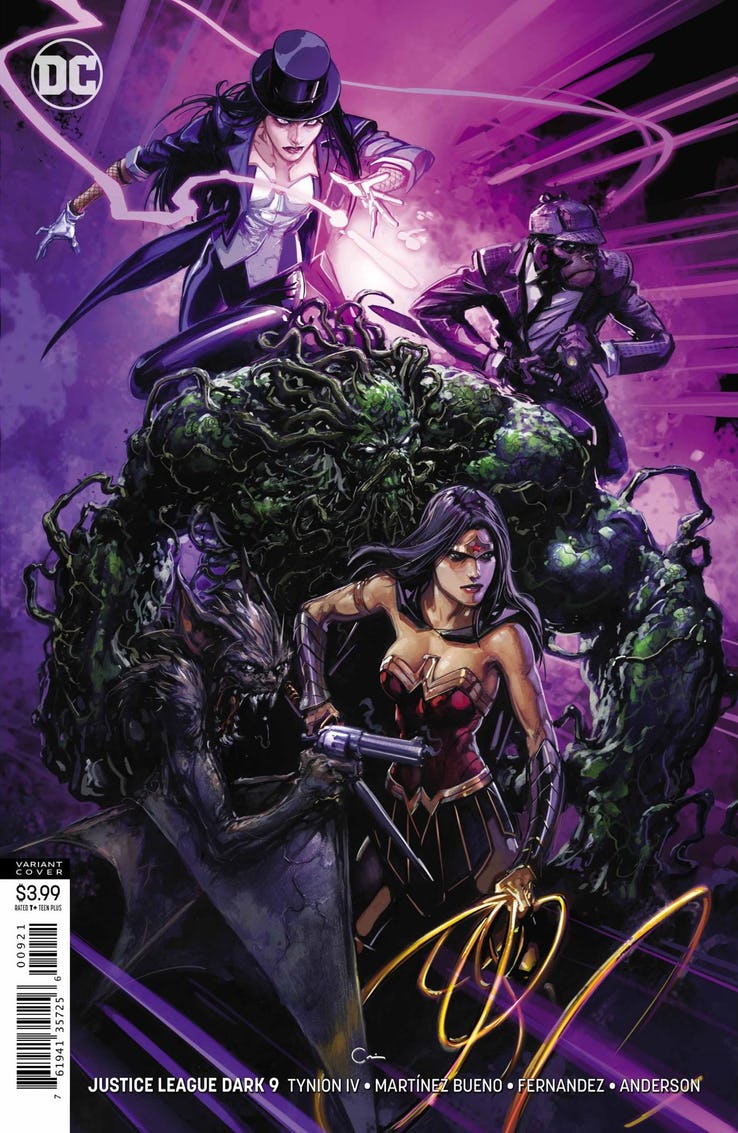 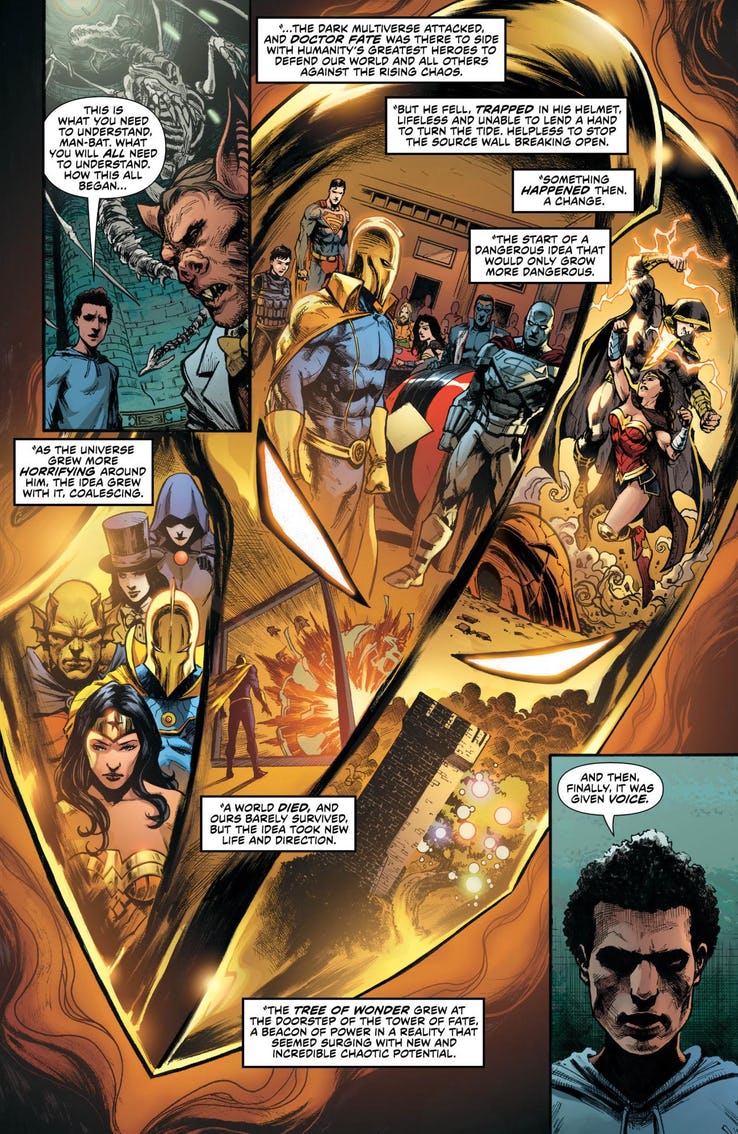 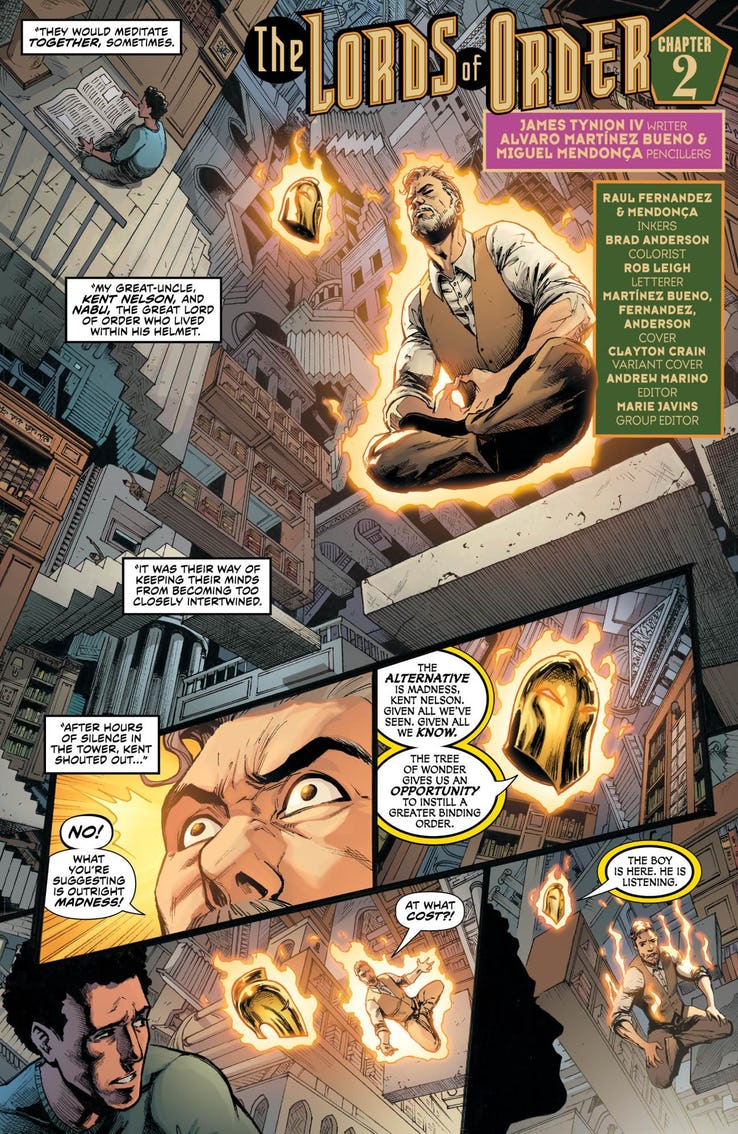 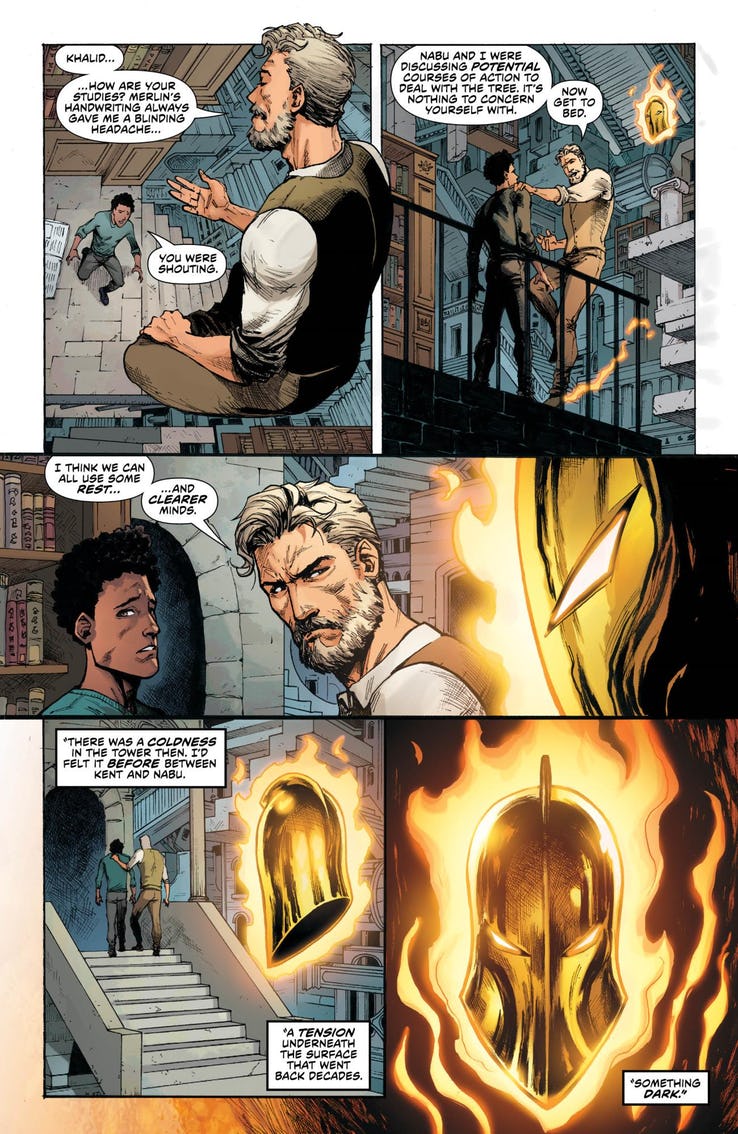 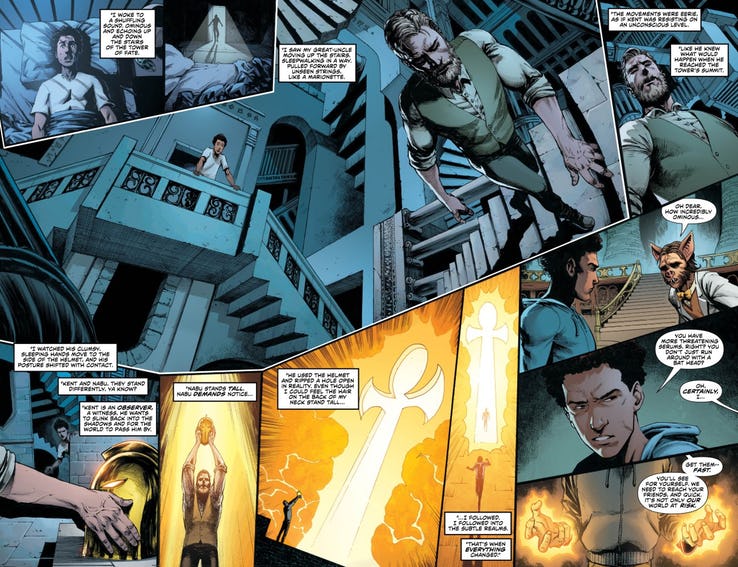