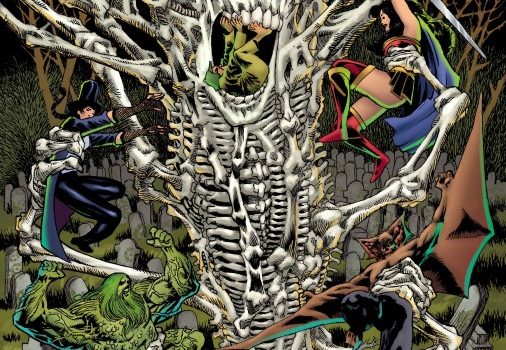 Writer James Tynion IV and artist Alvaro Martínez Bueno deliver a Man-bat centric story, including the heinous beings known as The Otherkind. So while this issue slightly deviates from the main characters, we get an interesting collection of stories that is told  by our second favourite bat which of course is Man-bat.

Furthermore, each of these stories has this great Lovecraftian re-imagining to them and Tynion successfully captures this uniqueness in its creepiness and strange characters that is aptly titled, the Tales from the Otherkind. The main aspect of this issue is how dangerous these magical creatures are and more importantly the threat they are about to unleash on the magical world of the DCU in this Tales of the Crypt type story.

So while all three stories are thoroughly enjoyable, Tynion perfectly  captures the voice of the magical world of the DCU, including two unexpected characters who make an appearance with Zatara and Sargon the Sorcerer as the threat of the Otherkind have always been tapping on the walls of this dimension. I also enjoyed the narrative of Man-bat who portrays a sense or nervousness, including his place in the team. Great stuff!

In the end, Justice League Dark #7 is probably my favourite issue so far due to the well-written elements of this story, exploration of the darker side of the DCU plus the truly beautiful art of Alvaro Martínez Bueno who creates a very dynamic and supernatural tale from start to finish and his pencils perfectly accompany the writer. All in all, another stunning issue. 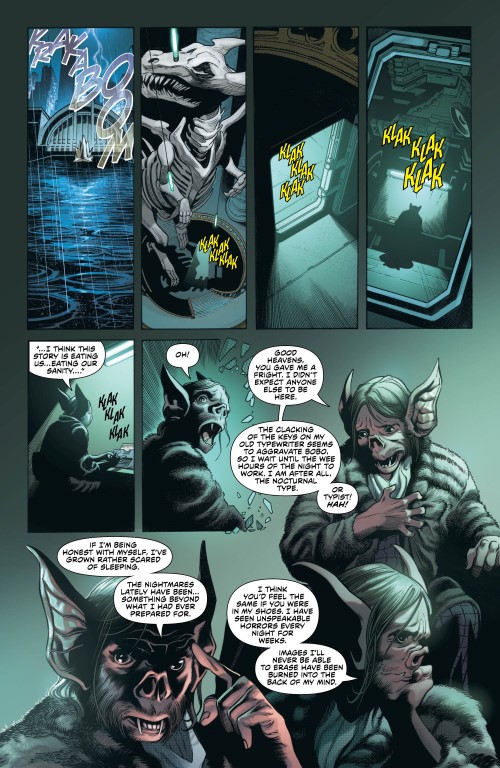 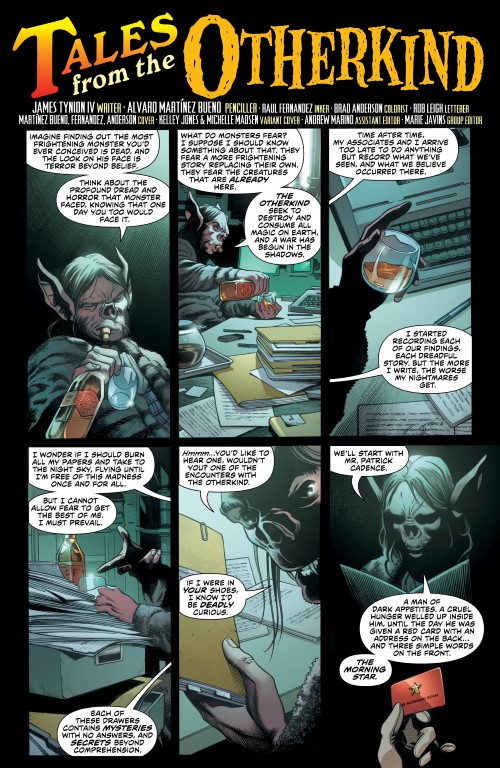 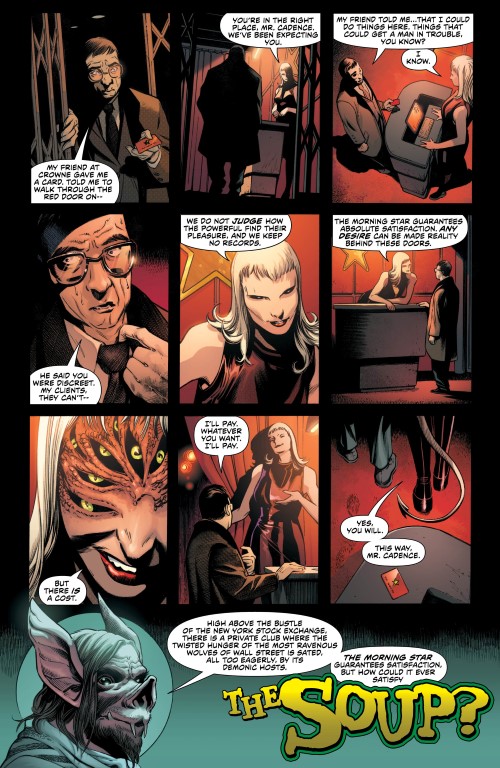 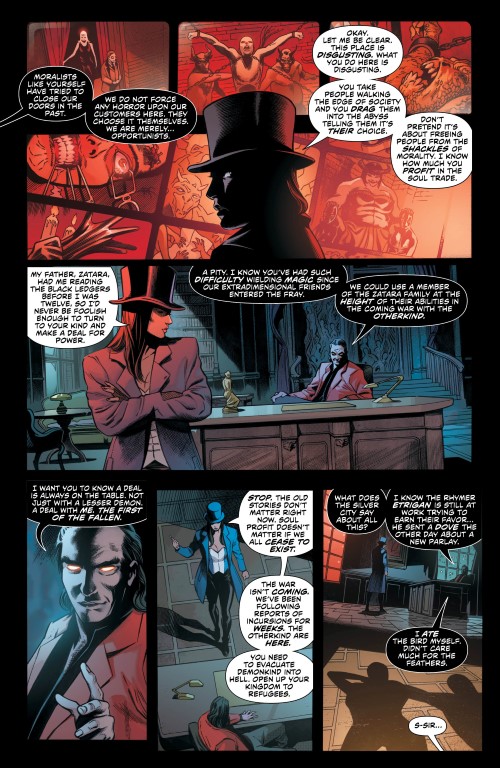 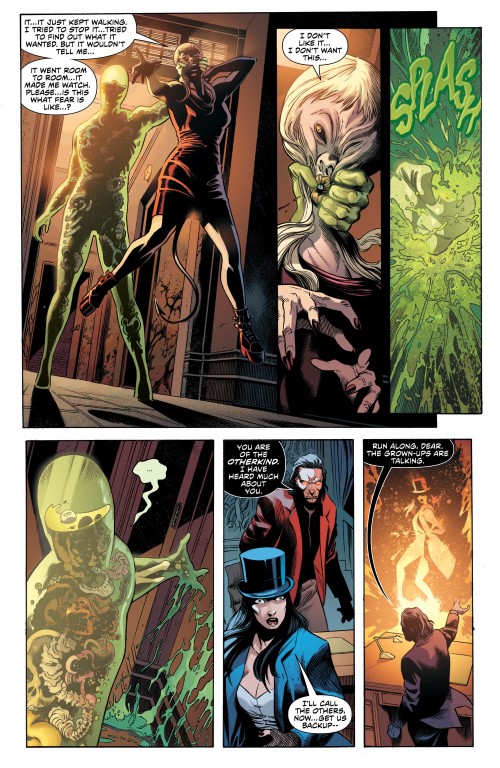 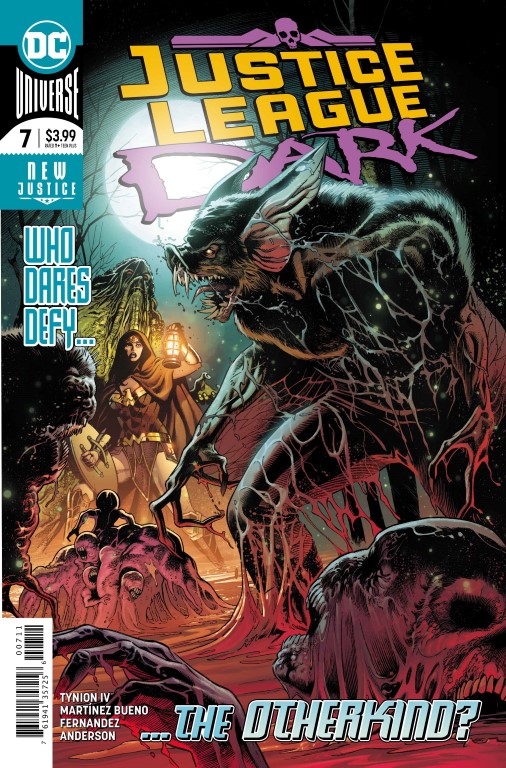 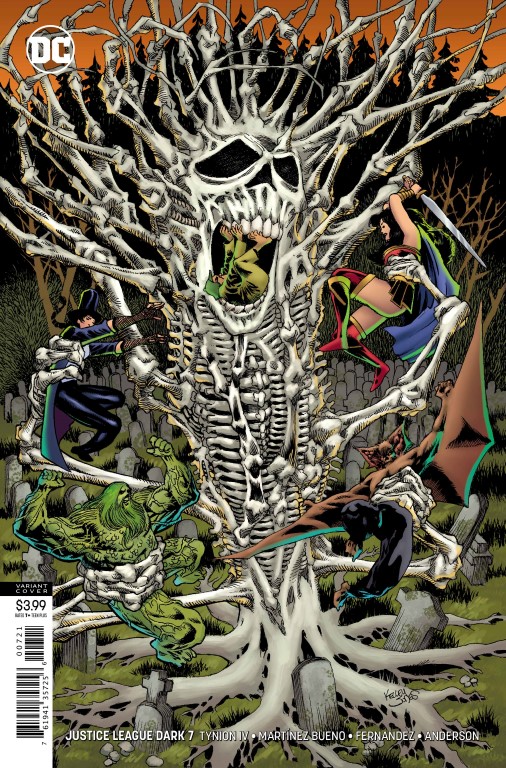