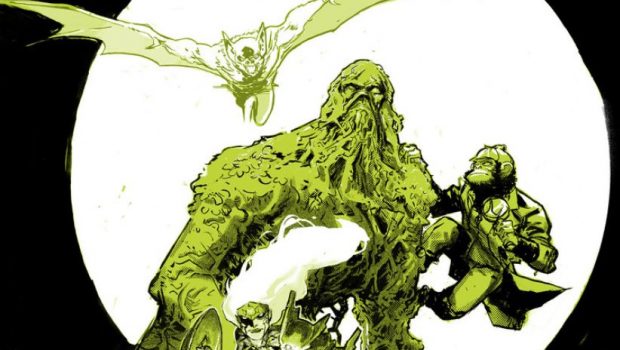 Summary: Justice League Dark #4 (The Witching Hour Part 3) adds another spanner in the works as one of their own falls.

In the previous arc of The Witching Hour, the powerful sorceress known as Circe told Wonder Woman what she needed to know in order to unleash the powers of the Goddess of Magic, Hectate. However her Justice League Dark teammate Zatanna is terrified of the transformation as this ancient power is needed to be taught, not given. Elsewhere in the holy city of Nanda Parbat, a place of magical power that was built over six millennia ago is now being torn apart by Manitou Dawn who also bears the same witch-mark of Wonder Woman. However not even the guardians of this city, the dead men can stop power of Hectate which fuels Manitou Dawn. So while she readies her final blow, Diana leading her Justice League Dark comrades have arrived as Wonder Woman hopes to use the power of Hectate against this goddess. To make matters worse, this cities protectors and its denizens are now in danger from this ancient power.

Detective Chimp who is wielding the Sword of Night cuts a portal through dimensions in order to help the monks of Nanda Parbat, including Rama Kushna who gave Boston Brand (aka the Deadman) another chance at life as they attempt to survive the cruel destruction caused by Hectate and her host Manitou Dawn. So while Swamp Thing attempts to hold the structure of this holy city together, he learns from the green that Black Widow is also witch-marked and has been ordered to destroy the Parliament of Trees. With the league now split, Zatanna and John Constantine now face one of their own who has fallen under the influence of Hectate with Wonder Woman being ordered to kill her friends as the issues on a classic comic cliff-hanger.

Beautifully illustrated by Alyaro Martinez, he really captures the world of magic in the DCU well and his interpretation of a possessed Wonder Woman is not only beautiful but quite creepy. More importantly Martinez creates this epic blockbuster feel with dynamic and emotion-packed panels that helps bring the words of James Tynion IV to life. Furthermore, Tynion IV successfully gets into the psyche of the characters and his world-building on the magical element of the DCU is quite interesting.

All in all, another interesting and very enjoyable issue from Tynion IV and his team. 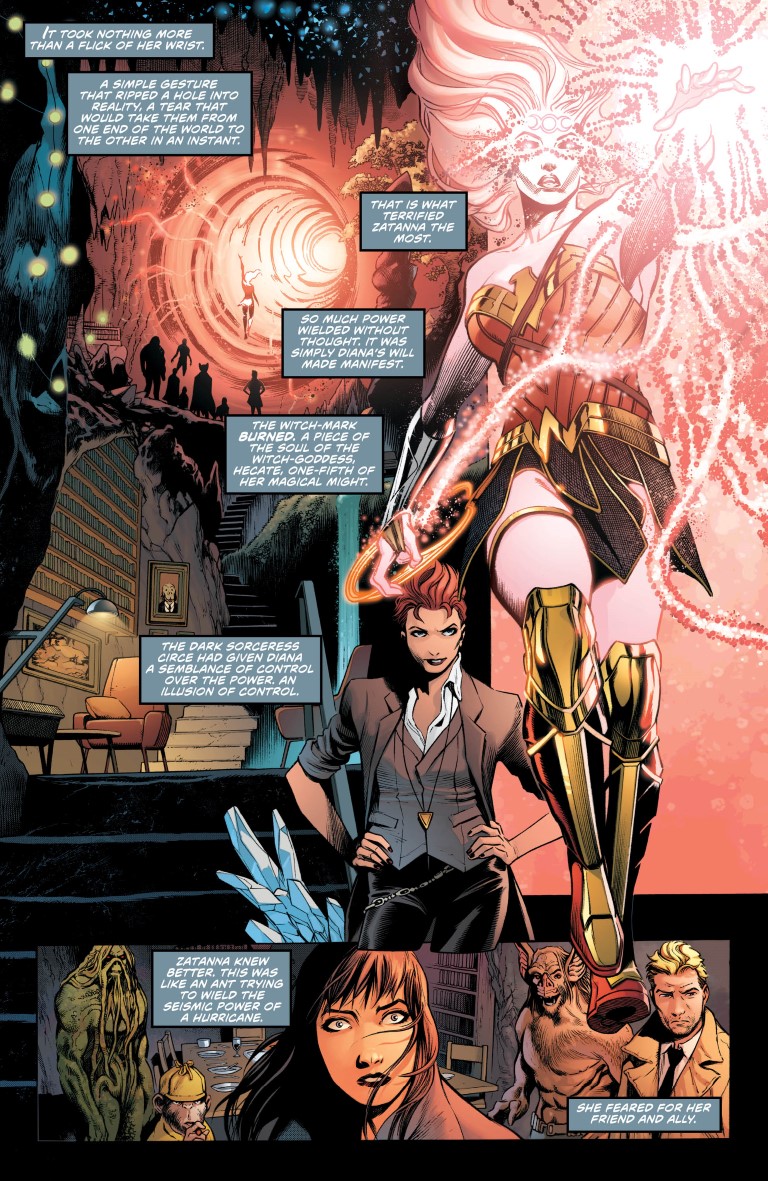 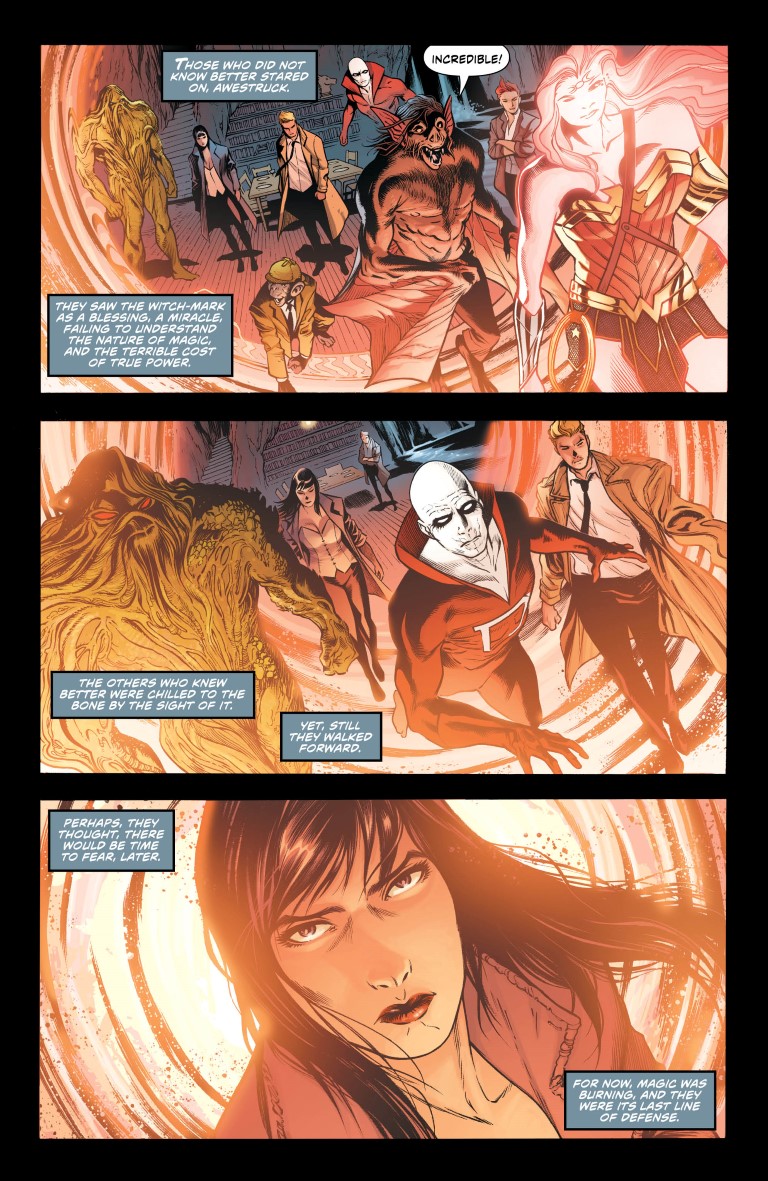 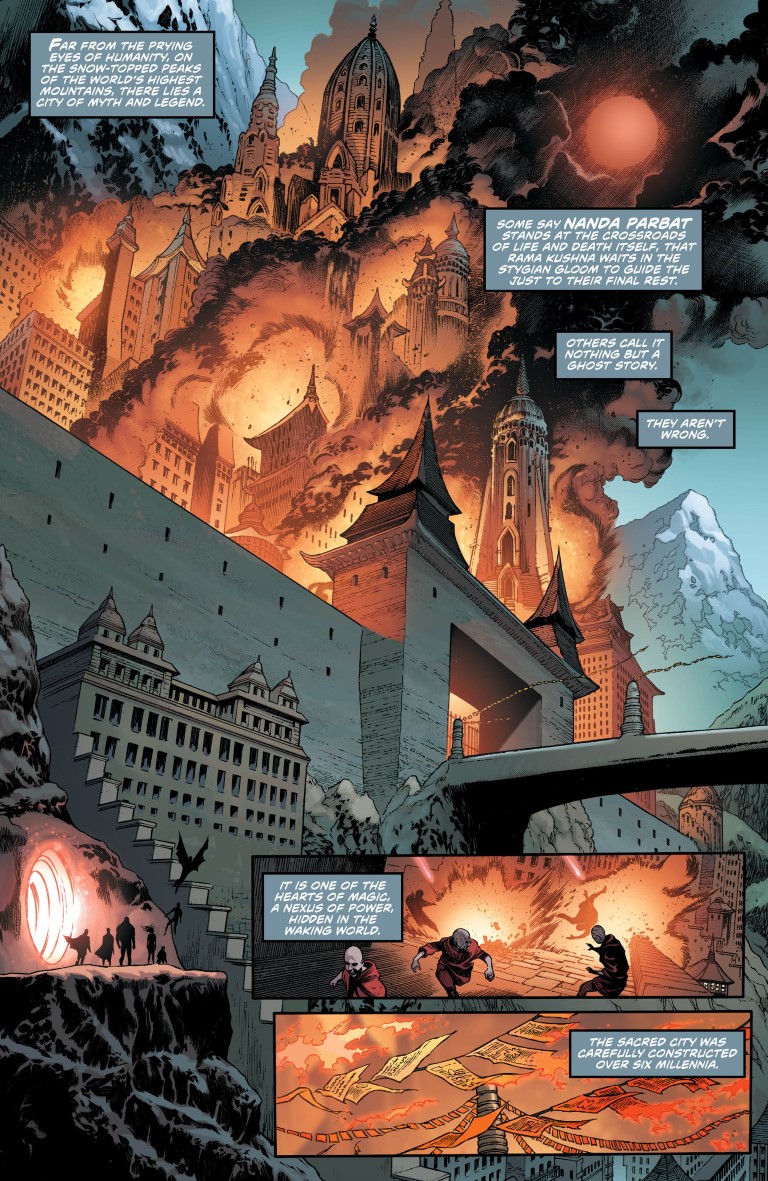 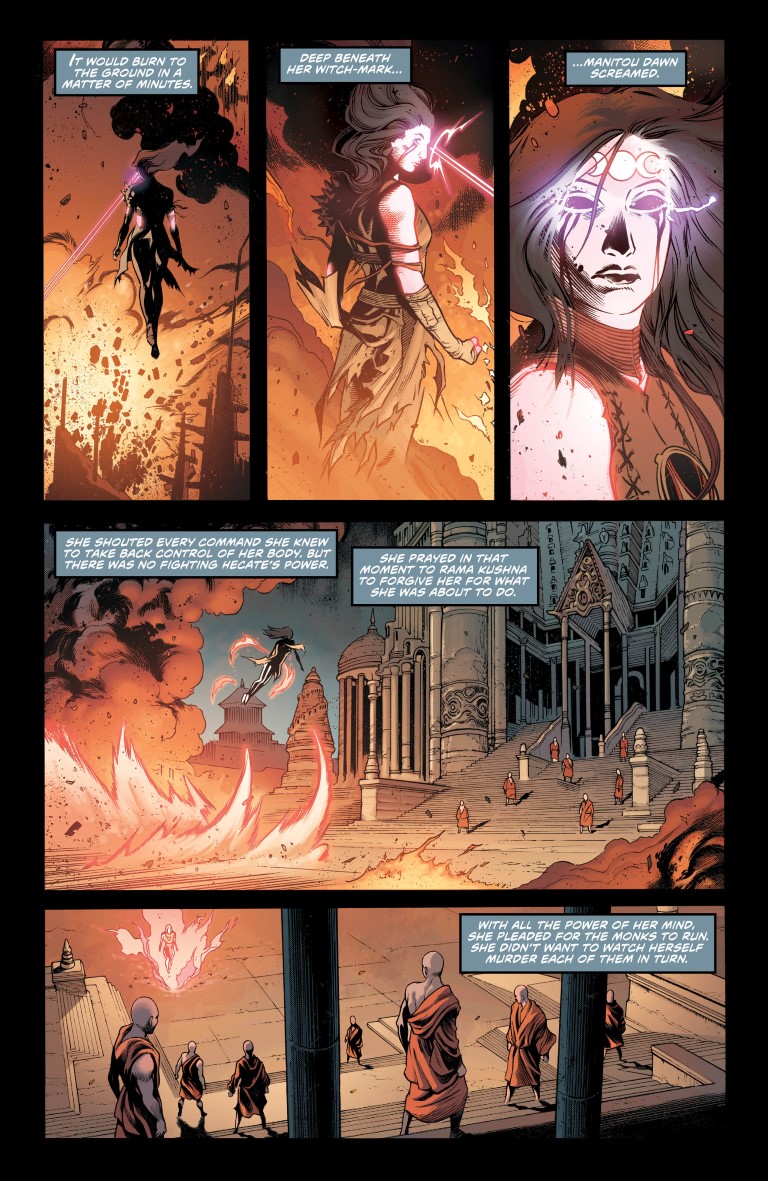 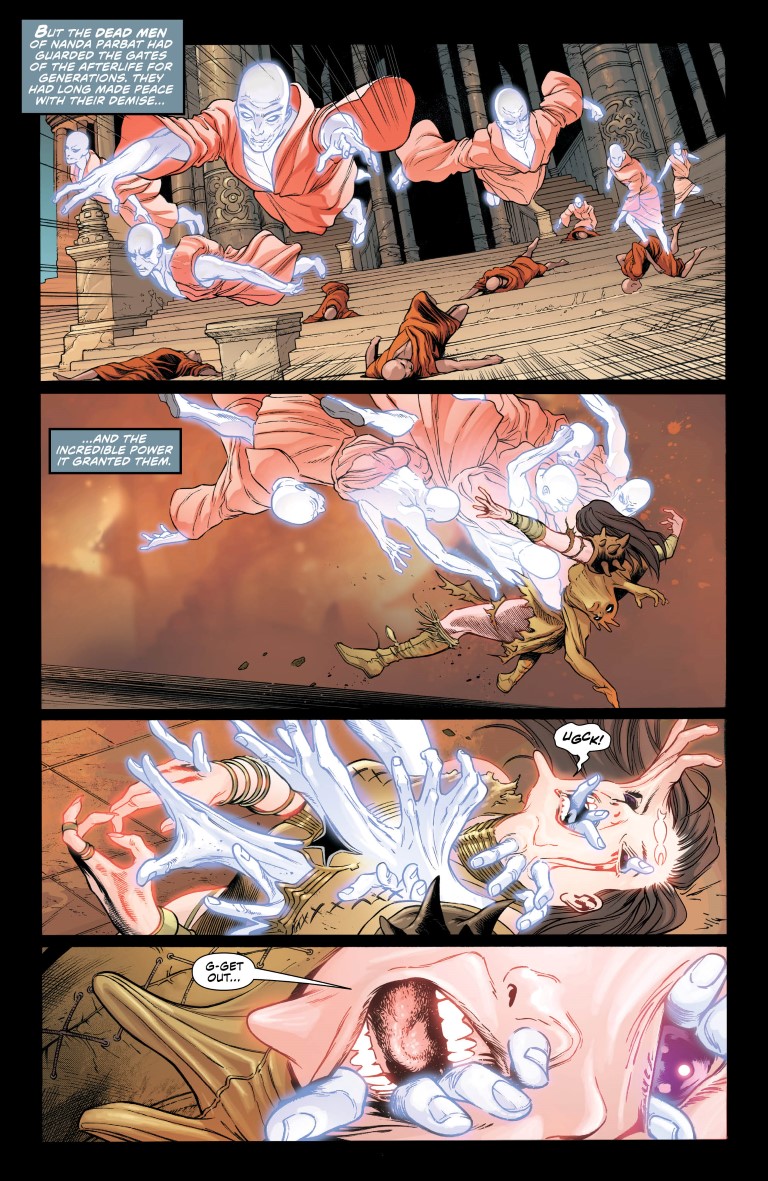 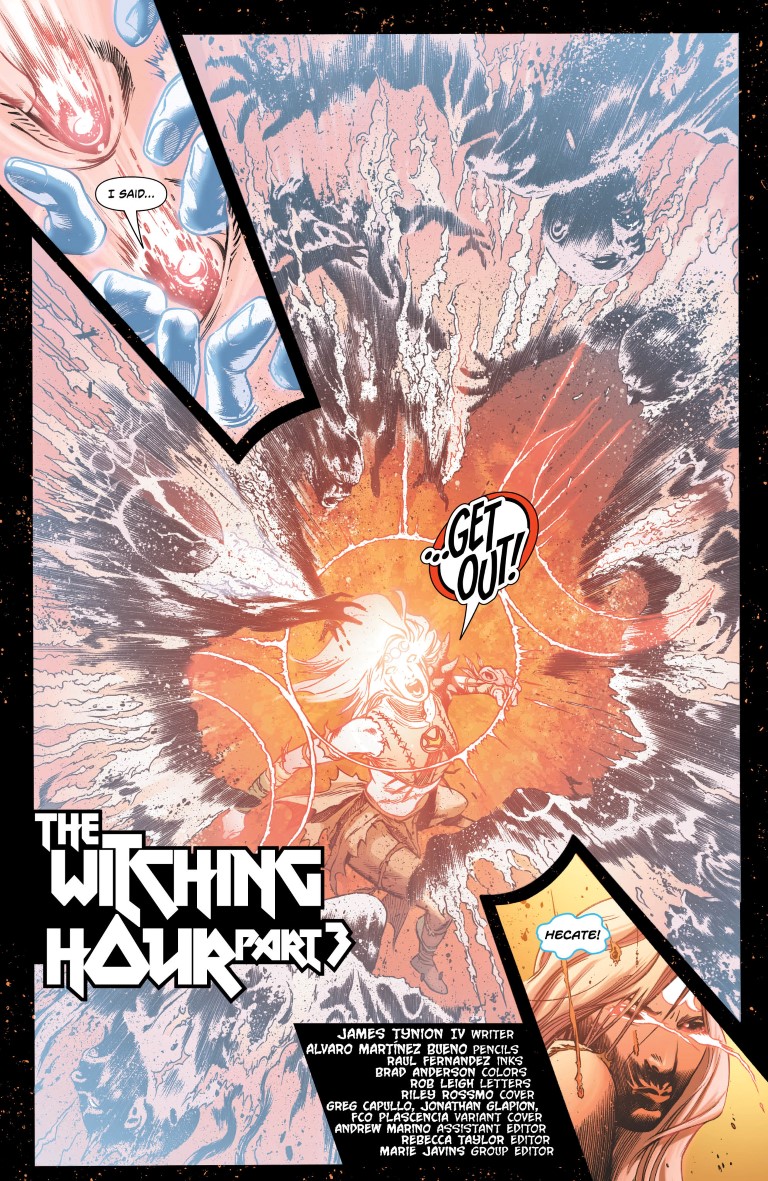 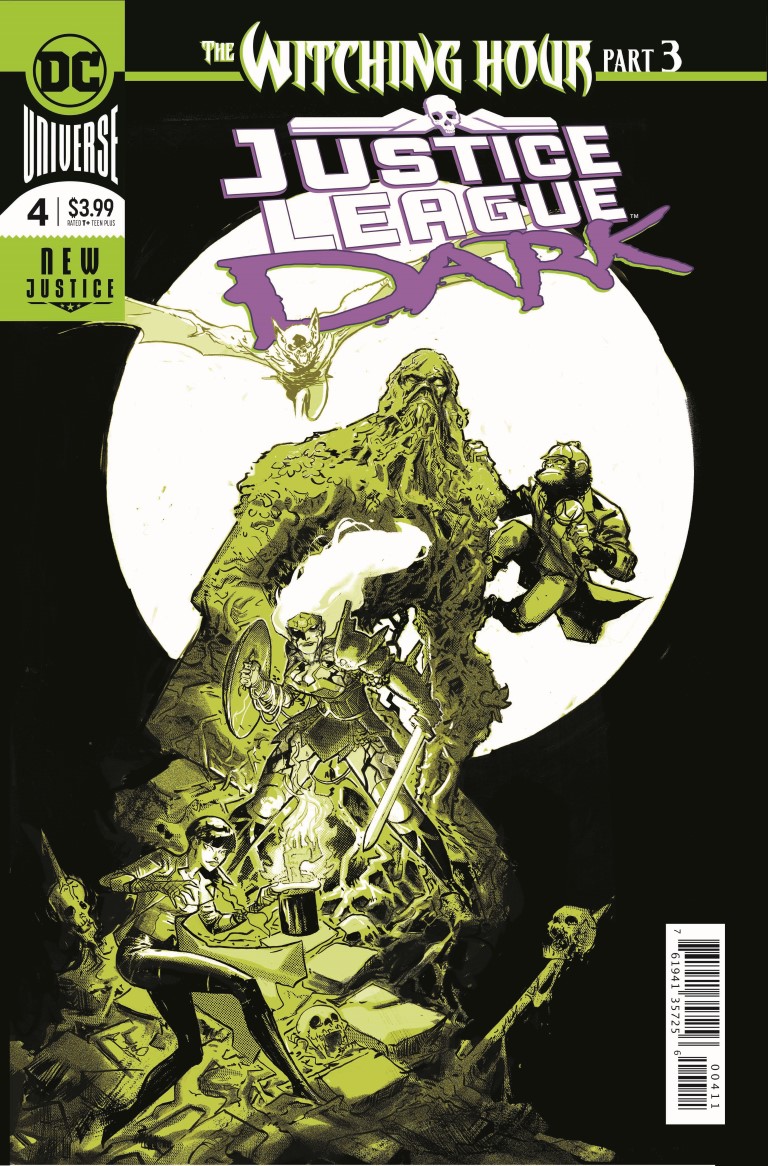 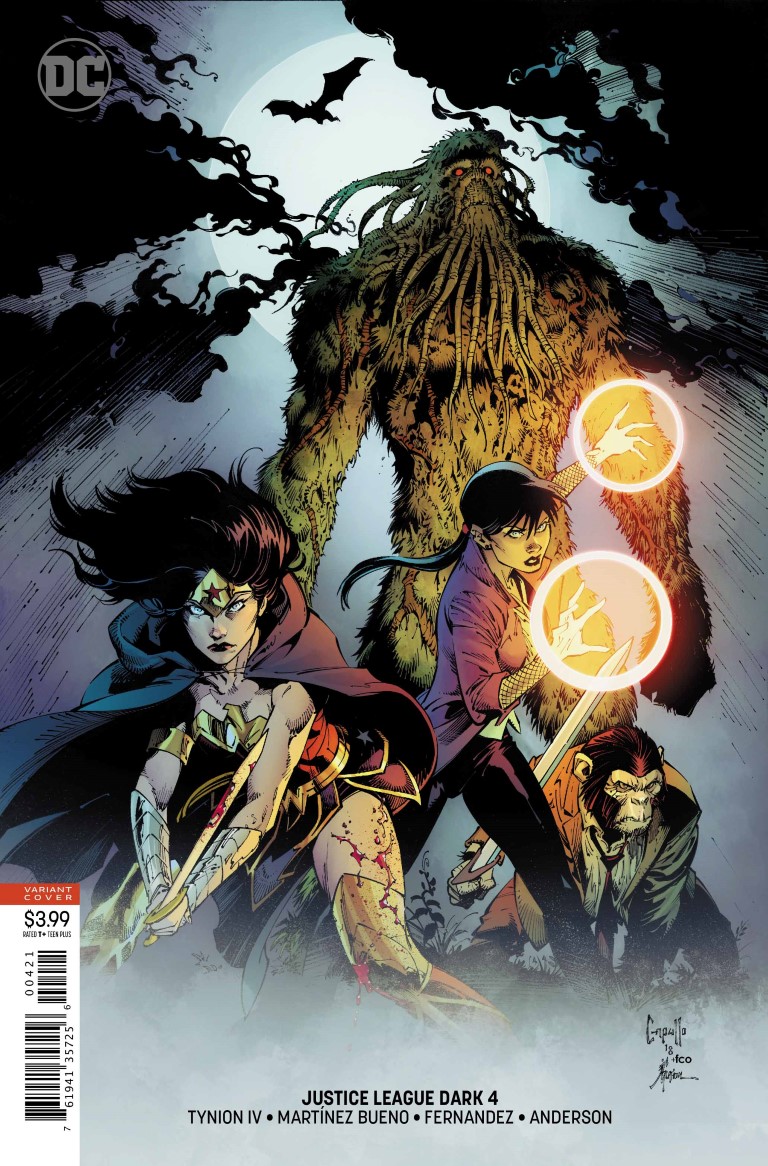 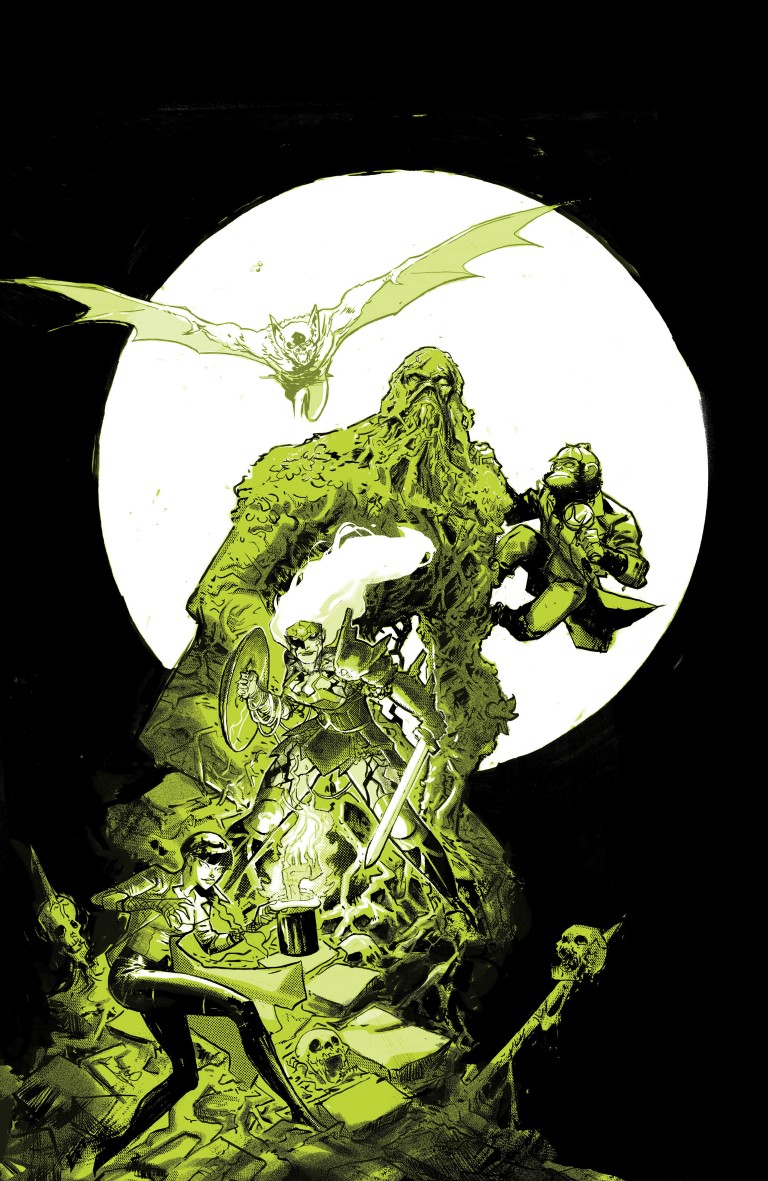