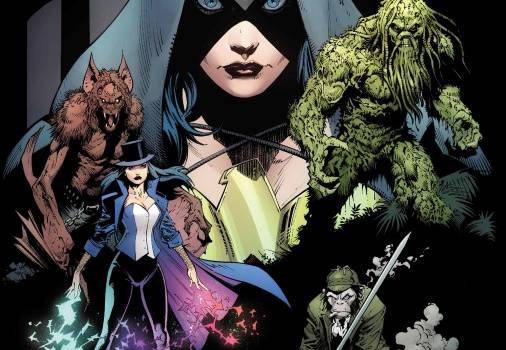 After the devastating revelation in the previous issue that saw a corrupted Doctor Fate unleash the Otherkind into the DCU in order to take back their stolen magic which is now being used by magicians, Diana and Zatanna are now facing the Upside-Down Man. This horrifying creature easily takes on both these heroes but not before the battle commences, we get a snapshot into the history of Zatanna.

As a child, Zatanna’s father Giovanni Zatara was a hard task master who taught his daughter to focus on speaking backwards in order to harness magic. We learn that this is a tradition in the Zatara family, whereas other magicians might use artifacts or even demon’s blood to control magic. Back in the present, the Upside-Down Man torments Zatanna by informing her that they are torturing Zatara in their realm and all he says is em esaeler (release me) which distracts this Mistress Magic as the Otherkind releases a powerful attack on her.

This attack is intercepted by Wonder Woman, however the Upside-Down Man sees something strange in Diana which is a pure power and as a result from the attack, this creates an awakening in her. As Diana is transformed into a goddess, her powers hurt the Upside-Down Man as they manage to send him back to the nightmare where he came from. So with one of the Otherkind defeated, Zatanna solemnly states that this is only the beginning as the issue ends.

Justice League Dark #3 was another strong issue from James Tynion IV who successfully captures the voices of Zatanna and Wonder Woman, including exploring the darker side of the DCU. Unfortunately this takes the focus from other characters like Man-Bat and Bobo (aka Detective Chimp) and hopefully as this series progresses, Tynion IV will include more airtime for these lesser characters.

The issue is also spectacularly drawn by Martinez Bueno who not only draws a perfect Zatanna and Wonder Woman but quite a terrifying Upside-Down Man. Add in some very dynamic and explosive panels and Justice League Dark #3 definitely has some stellar art that goes hand in hand with the words of Tynion IV. Further to this, I loved seeing Constantine and Swamp Thing working together.

So while we get some more answers, there’s plenty of more questions needing resolution but all in all, Justice League Dark is headed in an interesting direction… just don’t bench Kent Nelson after his 2016 return James or make him the new Nabu for Khalid Nassour. 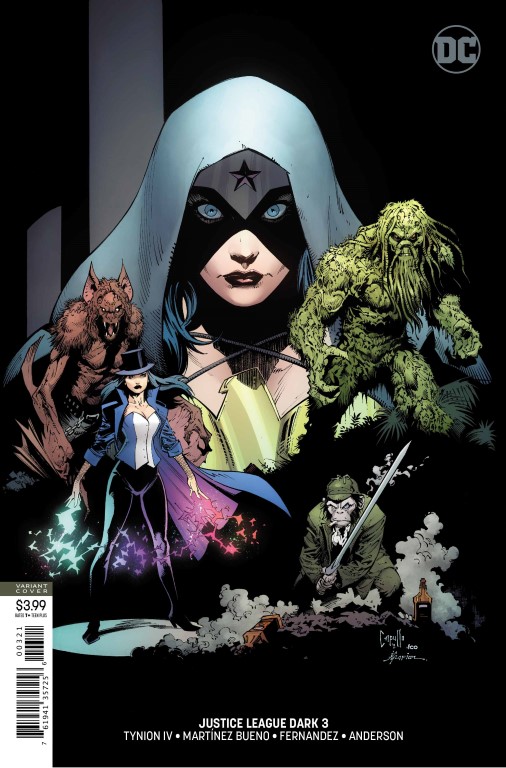 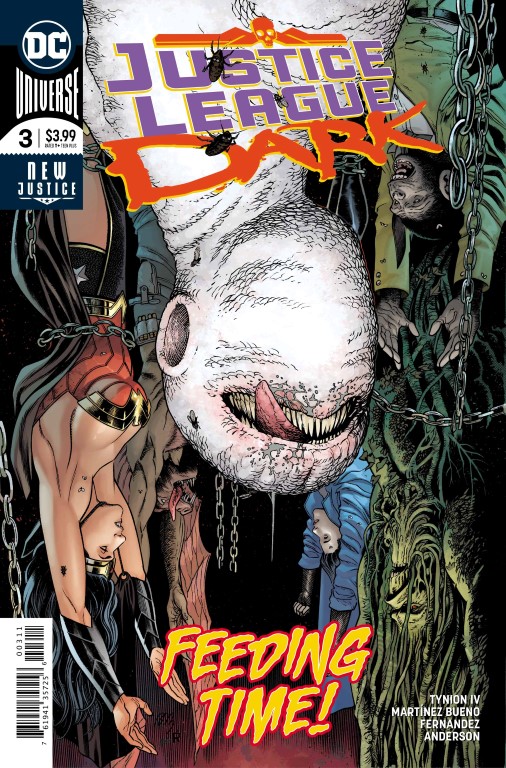 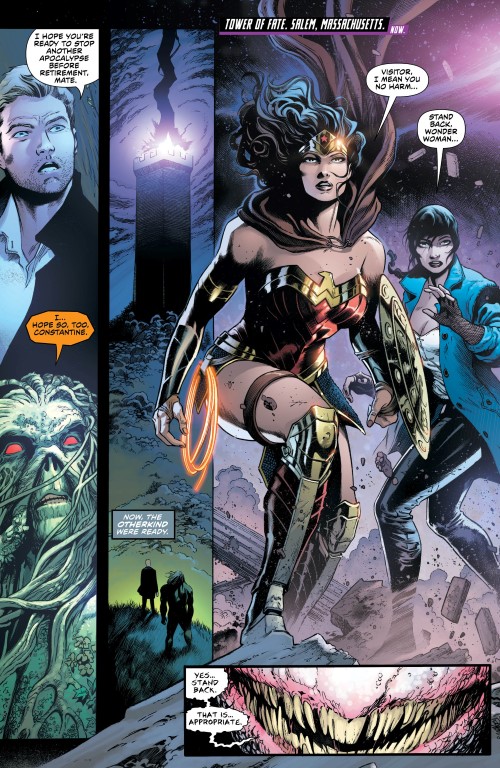 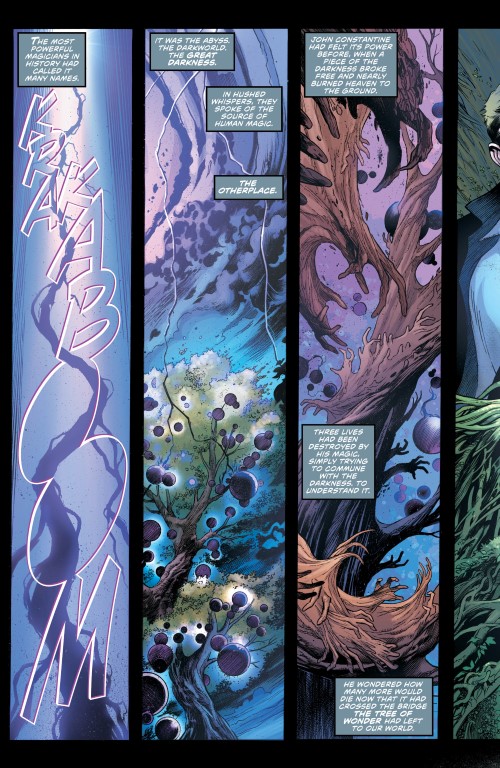 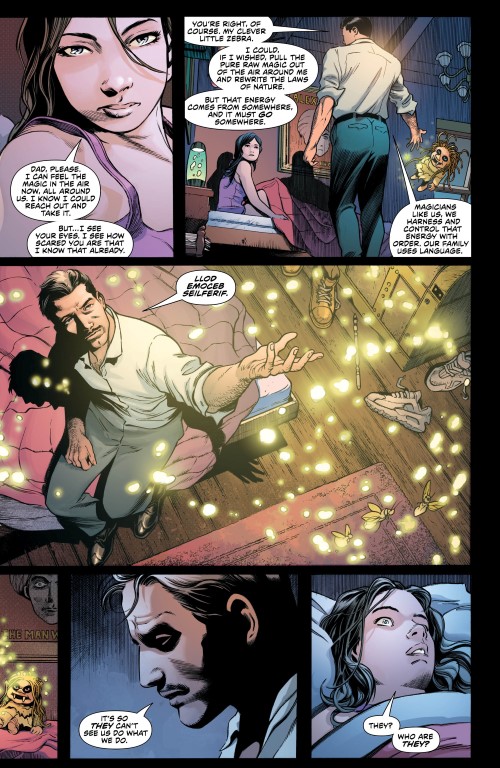 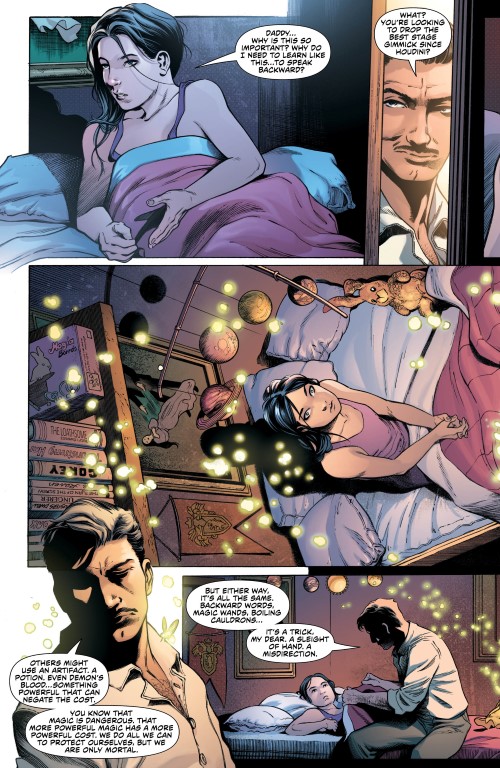 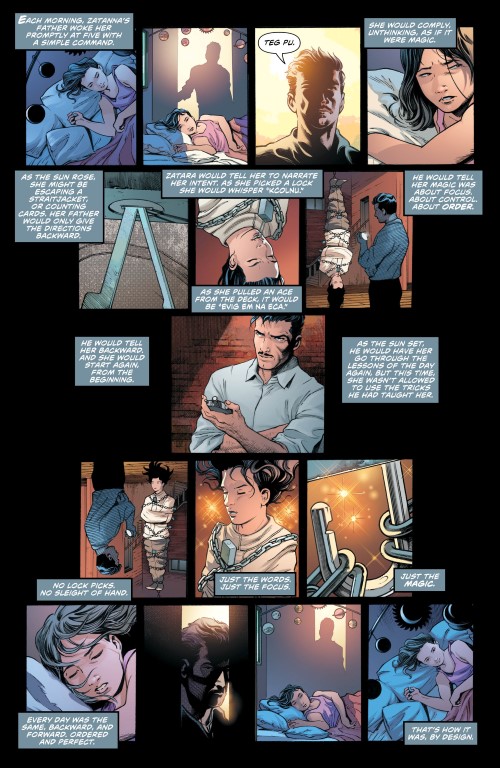