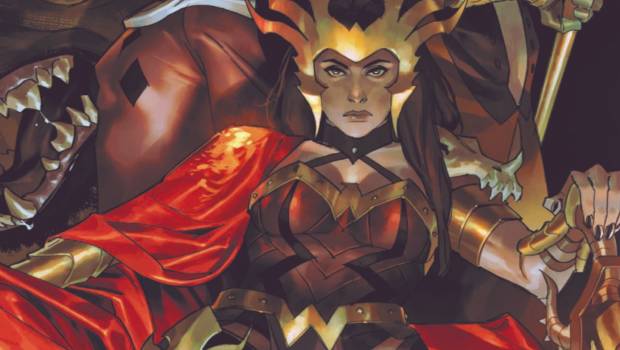 The battle with the otherworld entity, The Upside Man reaches a turning point for the Justice League Dark as they take a last stand against this creature who not only wants the magic of Earth but also revenge on these team of magic users. While John Constantine made a valiant effort to stop the Upside Man, he seemingly “dies” in the arms of his former lover Zatanna. It is also here where Wonder Woman requests the powers of Hectate from the Goddess Circe as the remaining team, Dr Fate, Detective Chimp, Swamp Thing, Man-Bat and Zatanna throw everything they have at the Upside Man.

The current wielder of the powers of Doctor, Khalid Nassour also draws as much as he can hold with an attempt to stop their foe. While he fails, he is rescued by Nabu, the Lord of Order inside the helmet and its former wielder Kent Nelson who channels the powers of Fate one last time to destroy the Upside Man, however they fail and Kent Nelson is seemingly dead from the attempt. In one last attempt, Wonder Woman uses her lasso to entrap the Upside Man as Zatanna does the unthinkable and merges with this creature. The issue ends with a hideous splash of a new Upside Man or Upside Zatanna as Detect Chimp asks her what she has done.

Beautifully drawn by Amancay Nahuelpan, this artist successfully captures the world of magic within the DCU but firmly from a heroic perspective. This definitely lends itself well to Ram V’s story telling with strong dialogue and an interesting plot. Of course, we all know that Justice League Dark will prevail and that John Constantine will not be dead. However Kent Nelson, I once again fear the worst for this character that has died multiple times before and hopefully Ram V is not using the original wielder of Doctor Fate as an emotional story point. 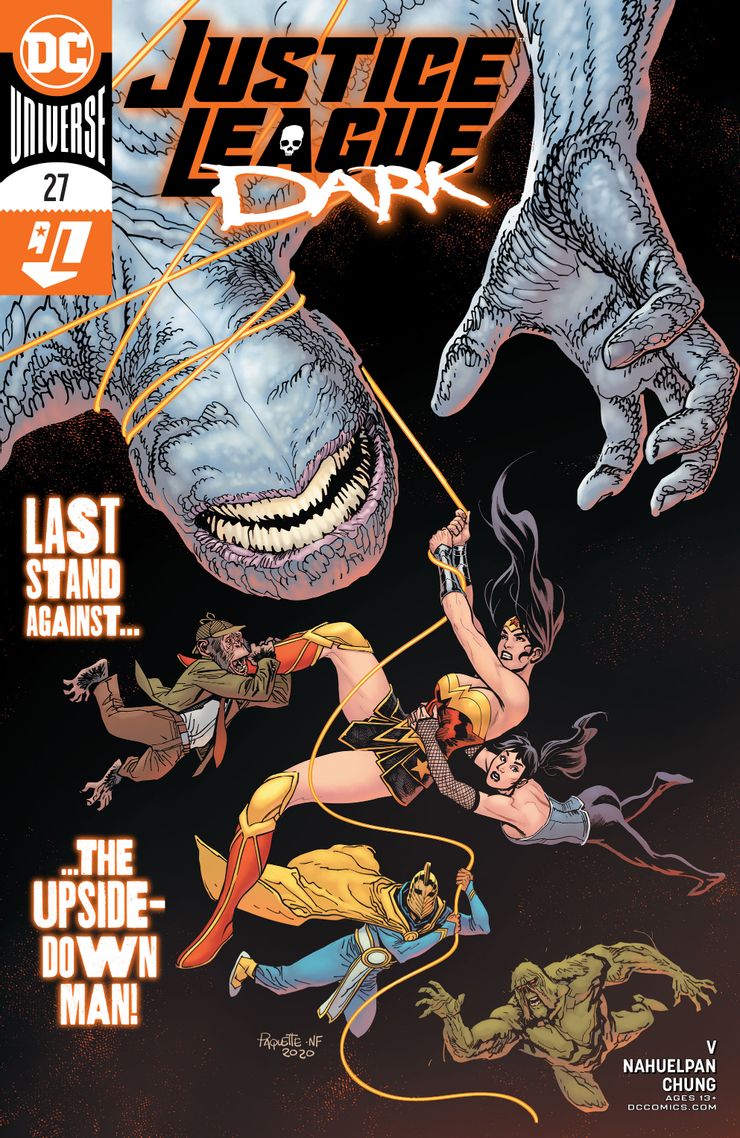 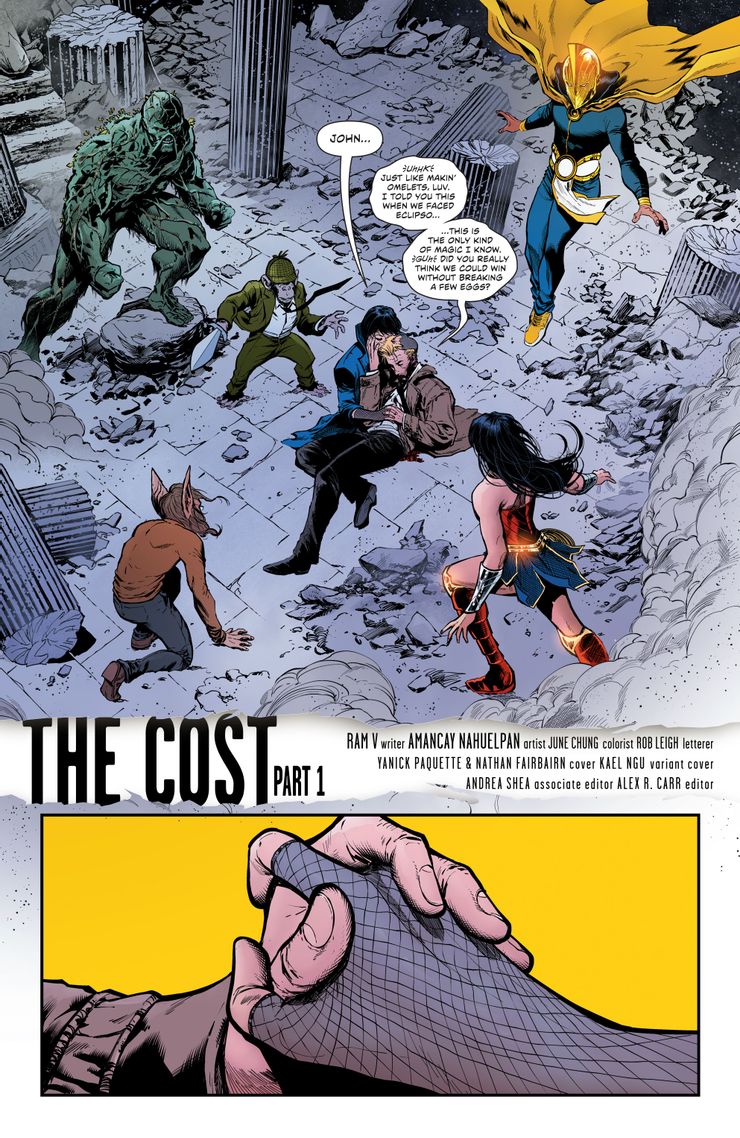 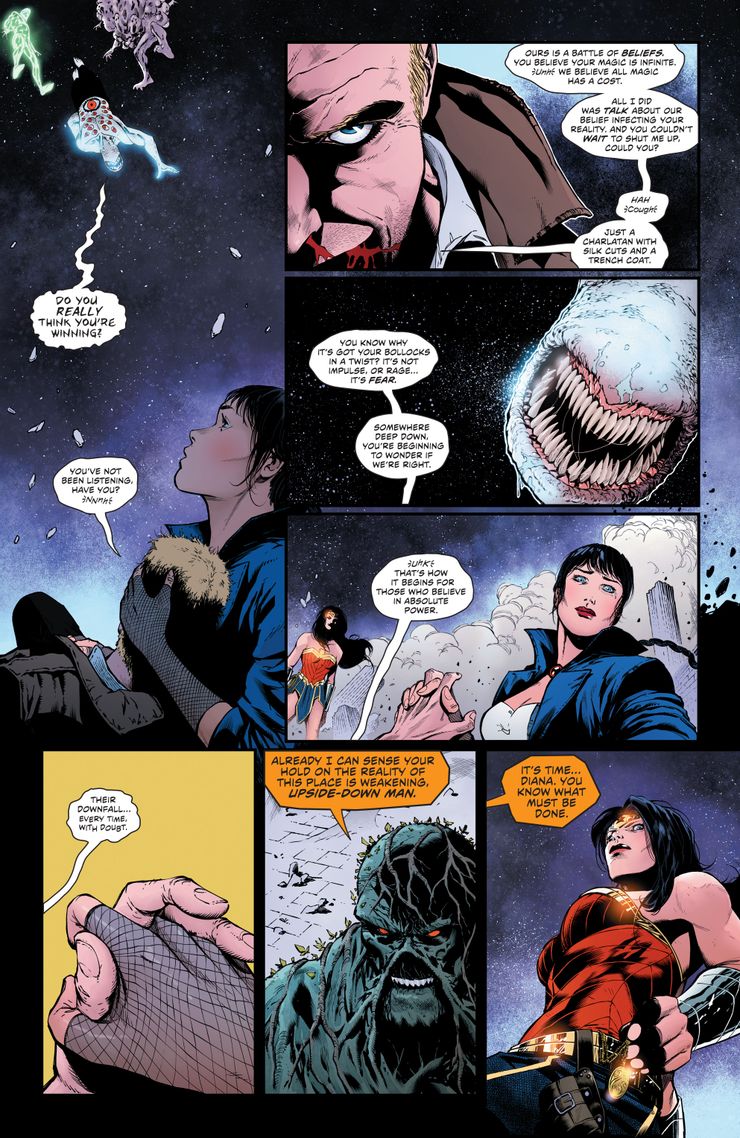 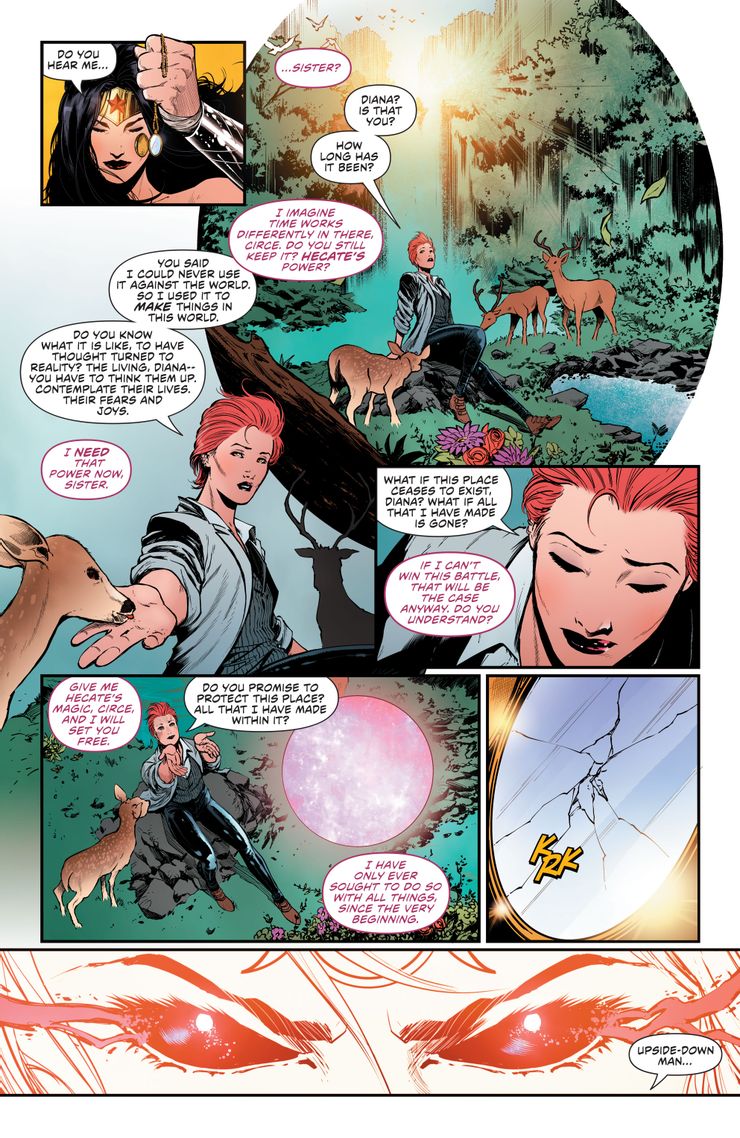 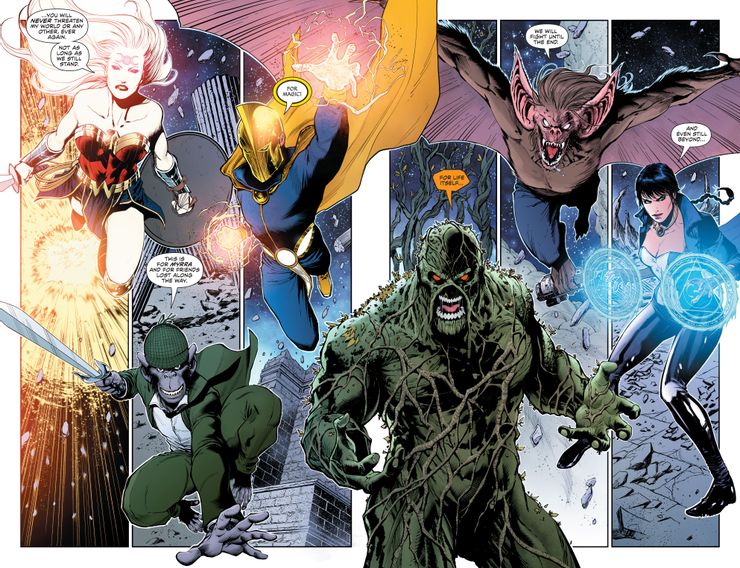