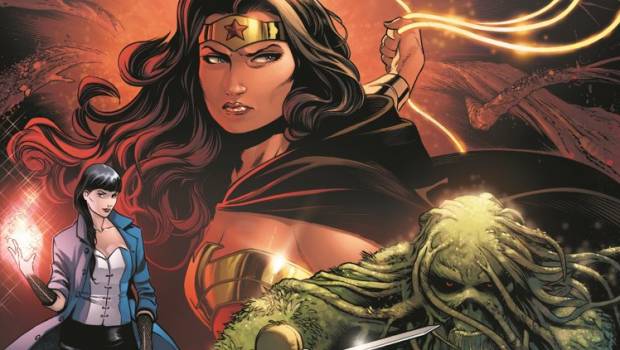 Summary: Magic is once again back in the DCU courtesy of Justice League Dark #1

The anticipated Justice League Dark #1 has just landed which builds on the story from Justice League: No Justice as writer James Tynion IV and artist Alvaro Martinez Bueno introduce us to the world of magic with Wonder Woman as the lead character. The issue starts with magician Zatanna performing one of her stage shows at her father’s old theatre, however when her magic goes AWOL, the audience and our Mistress of Magic are in trouble as the Amazon princess comes to the rescue. We also learn that Diana is here to investigate this magical anomaly at Zatara’s theatre and once again offers Zatanna a spot on her mysterious magic justice league which she declines again. 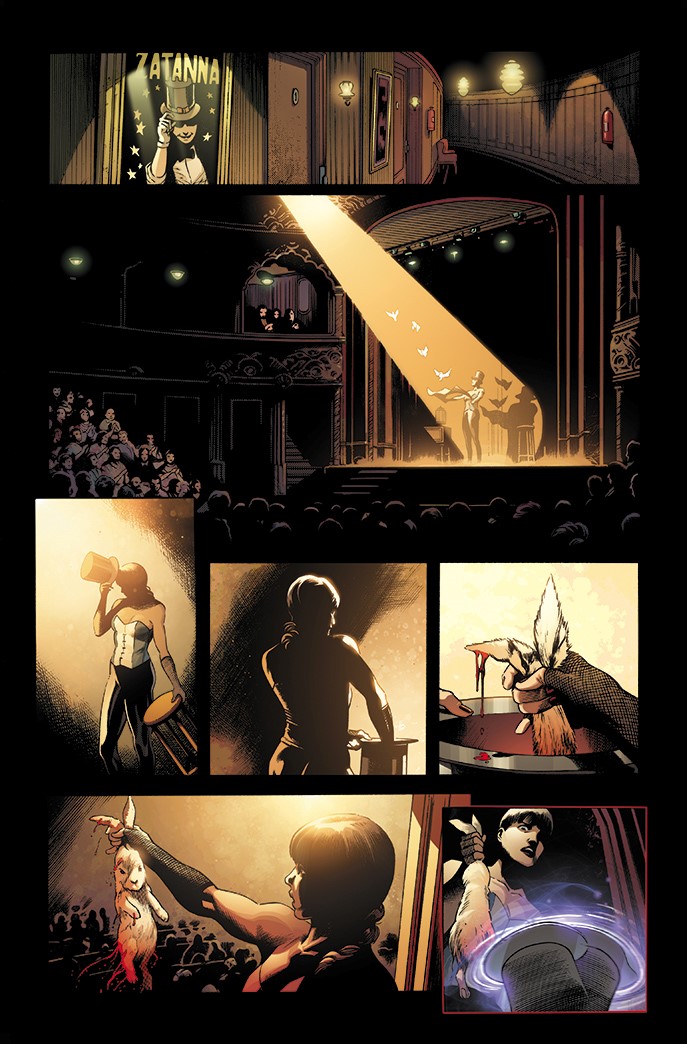 Wonder Woman also makes a trip to the Oblivion Bar, a place for magic users and while her hunt for heroes has come up empty, she shares a drink with Detective Chimp as she explains her battle with the Omega Titans and how the Tree of Wonder has risen in Salem. While the two share a moment, our talkative private agrees to help Wonder Woman investigate the magically twisted bodies now housed in the Hall of Justice. Elsewhere, Jason Blood has called a collective of both good and evil magic users and how the tear in the source wall (Batman Dark Knights Metal) has caused something evil to cross which is now targetting those who wield the ancient arts. 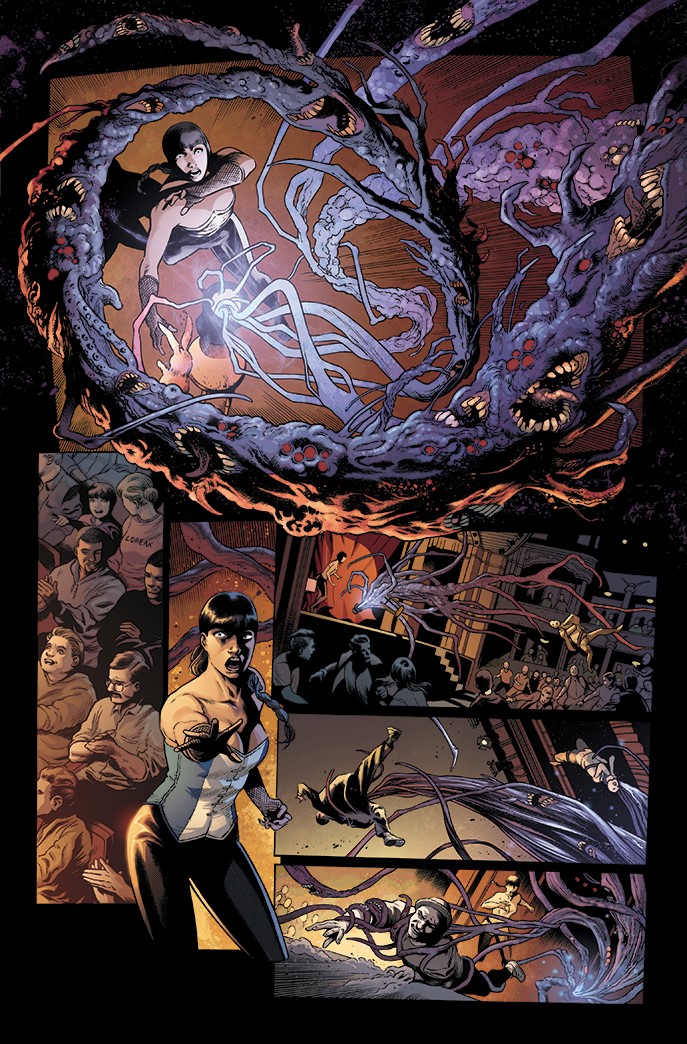 Interestingly, the Justice League Dark has their own headquarters a mile and a half beneath the Hall of Justice and that Manbat is a member of this new league. As Wonder Woman, Manbat and Detective Chimp investigate these cadavers, they suddenly come back from the dead as they eerily state that the otherkind are coming as they attack. Diana finally gets some more members when Zatanna and Swamp Thing arrive with a warning from the Tree of Wonder that magic is dying and when it does so will humanity as the issue ends with a tease that Fate (aka the Doctor) holds the Answers! 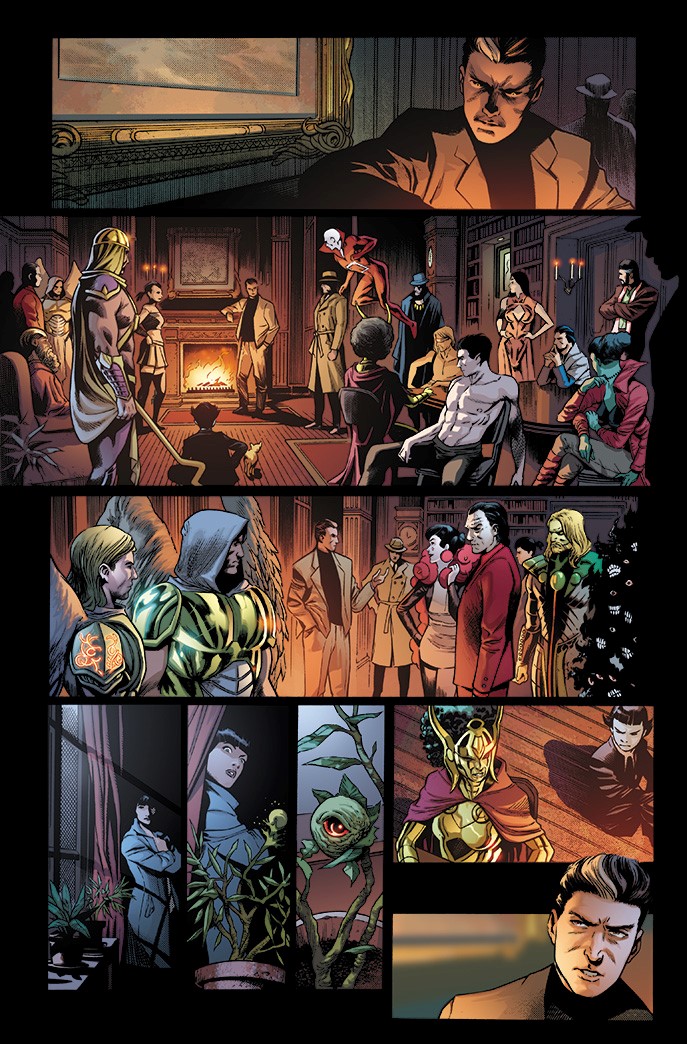 Having no idea what I was expecting, James Tynion IV delivered and he delivered he good. He created a gripping tale in the magical world of the DCU and more importantly successfully implemented Wonder Woman into the story, not to mention a wide gamut of cameos. Also, Tynion connects this issue to the classic Swamp Thing #50 which saw the death of Zatanna’s father, Zatara which is a nice nod of the hat to a classic DC magic story. 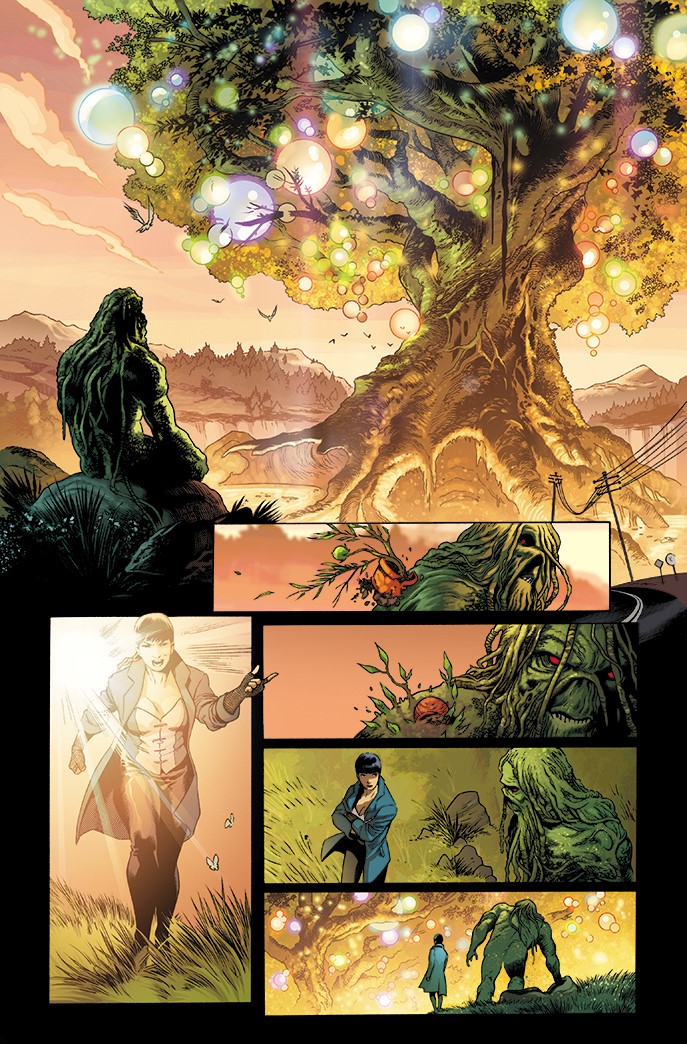 At the moment, this comic is a little dark in terms of the characters included on the team, however with Doctor Fate coming next issue, here’s hoping that he provides a much needed beacon to Wonder Woman as literally something evil comes this way. Complementing the story is the detailed and gorgeous art of Alvaro Martinez Bueno who captures all the characters well, including creating some spectacular and almost interactive panels that truly rock!

In the end, Justice League Dark #1 was a strong start and I’m eager for issue 2 and as the Tree of Wonder happens to be Salem, I’m looking forward to see how this all plays out and courtesy of the story, the dialogue and the art, I’m invested! 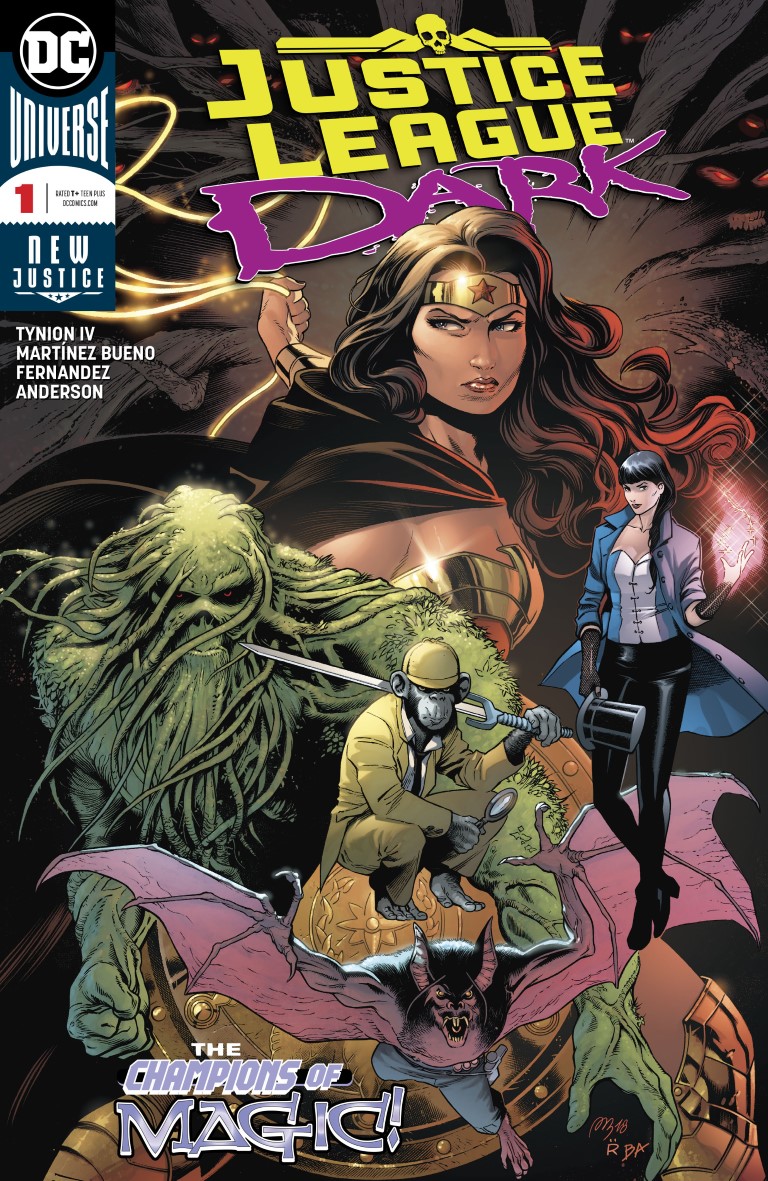 Next Issue… Plagued by a rash of otherworldly resurrections, the new JLD team begins scouring the shadowy corners of the DCU looking for leads. Turns out, this latest mystery ties back to the Tree of Wonder, last seen laying down roots in JUSTICE LEAGUE: NO JUSTICE—and it bears poisoned fruit to boot. The Tree serves as a doorway from the Realm of Magic to our world, and the Upside Down Man is just the first of many all-powerful mystic entities looking for a new haunt. It’s gonna take a major twist of fate for our heroes to get out of this one. 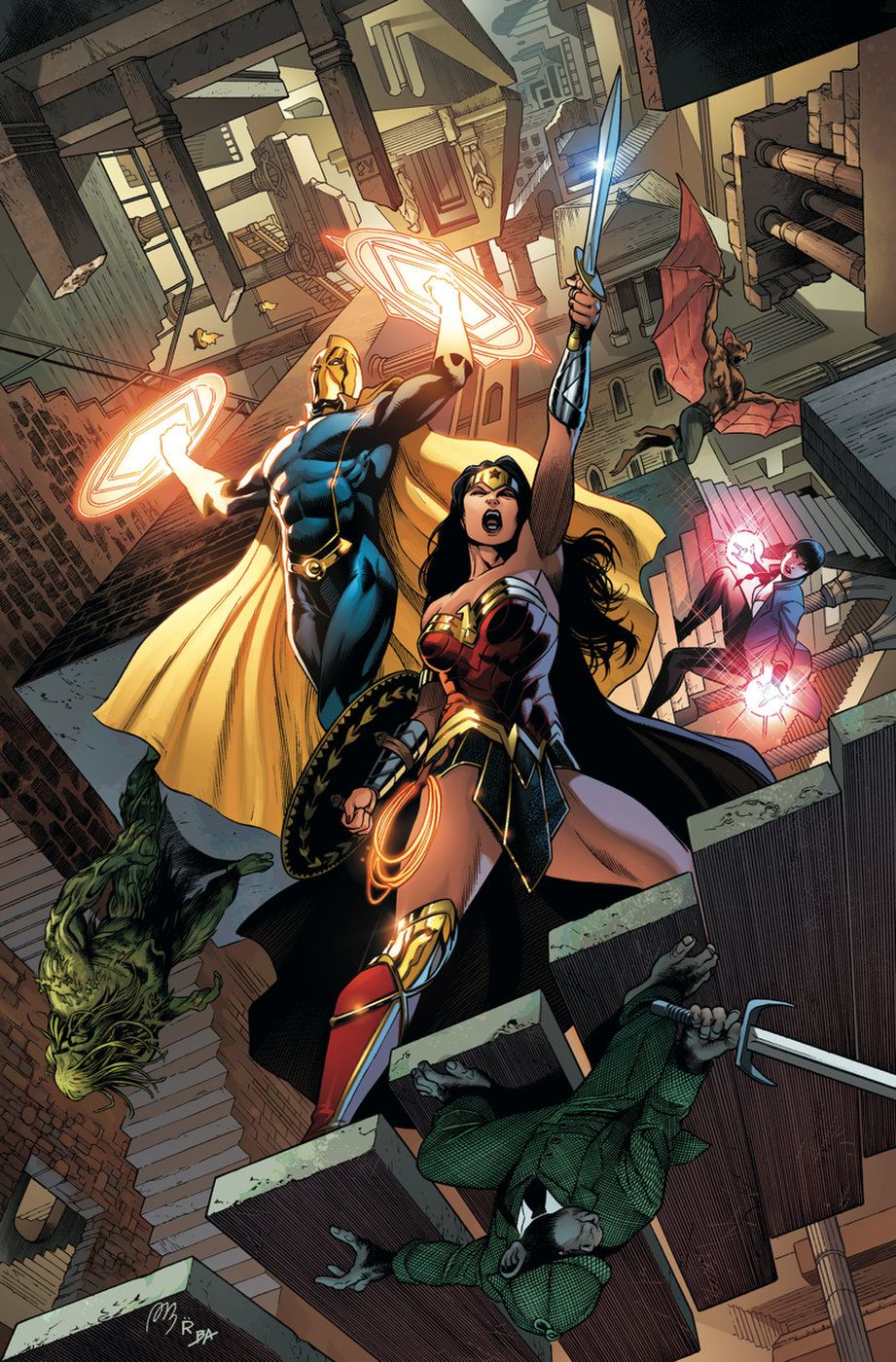 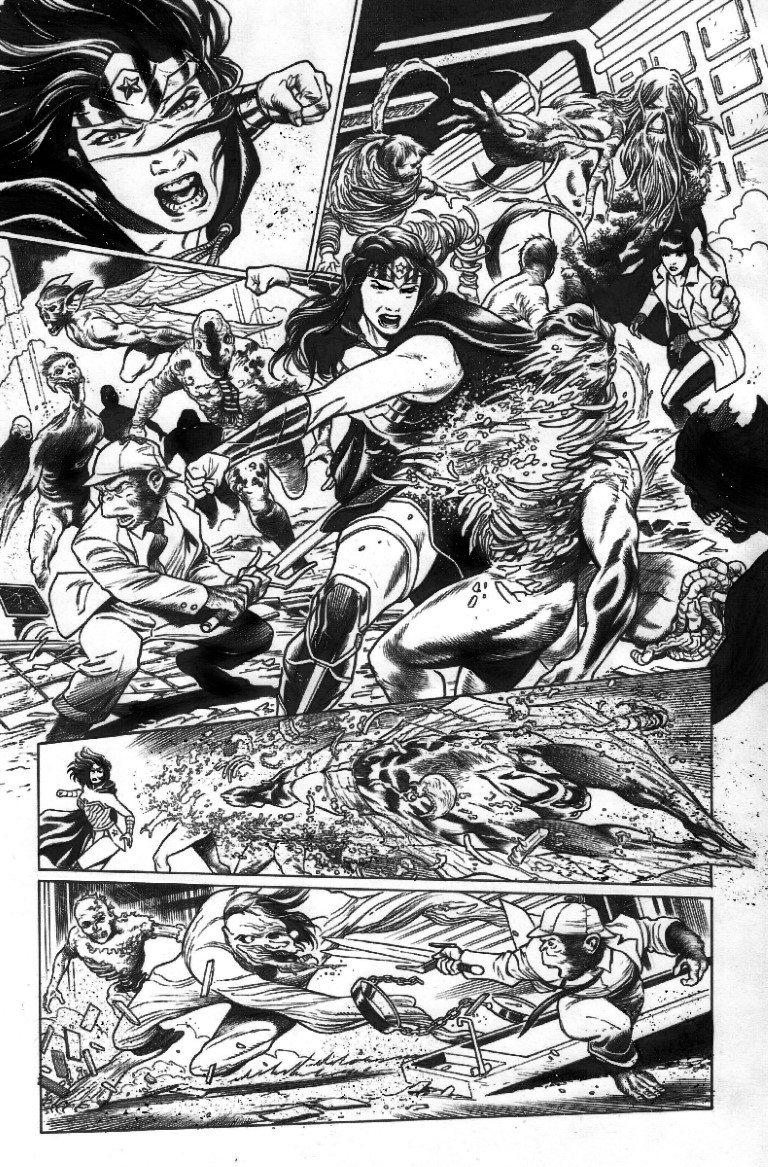 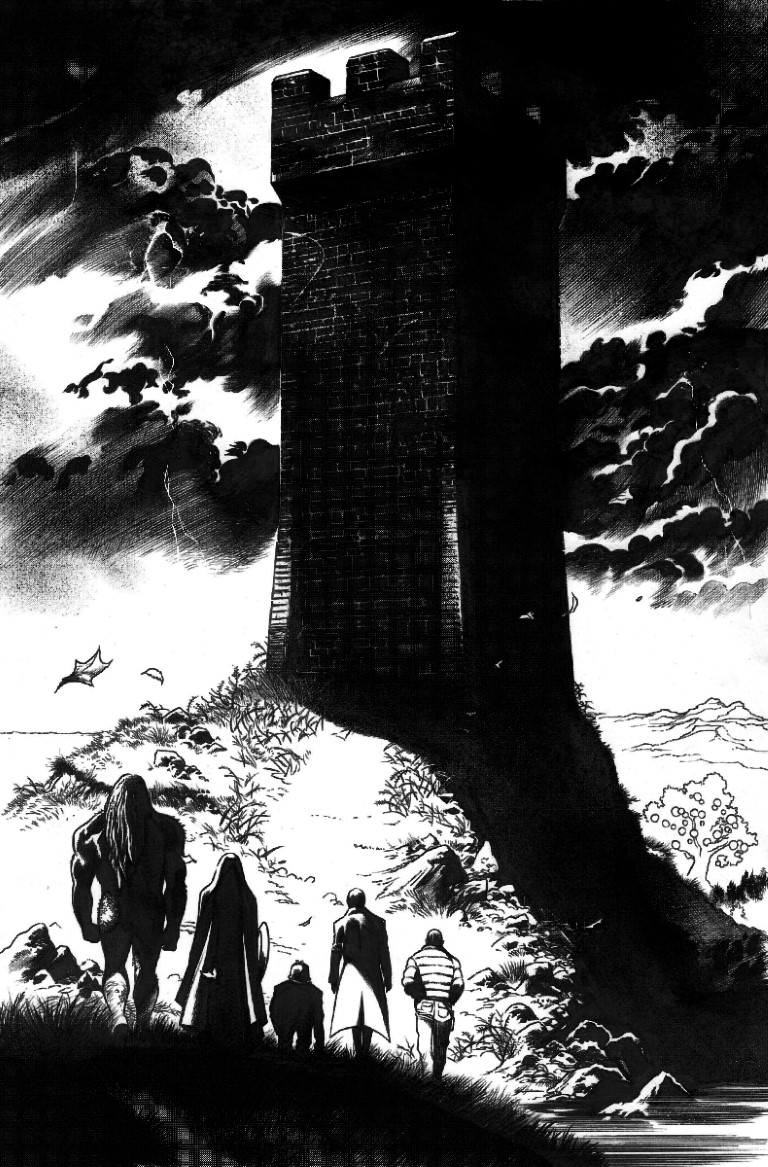 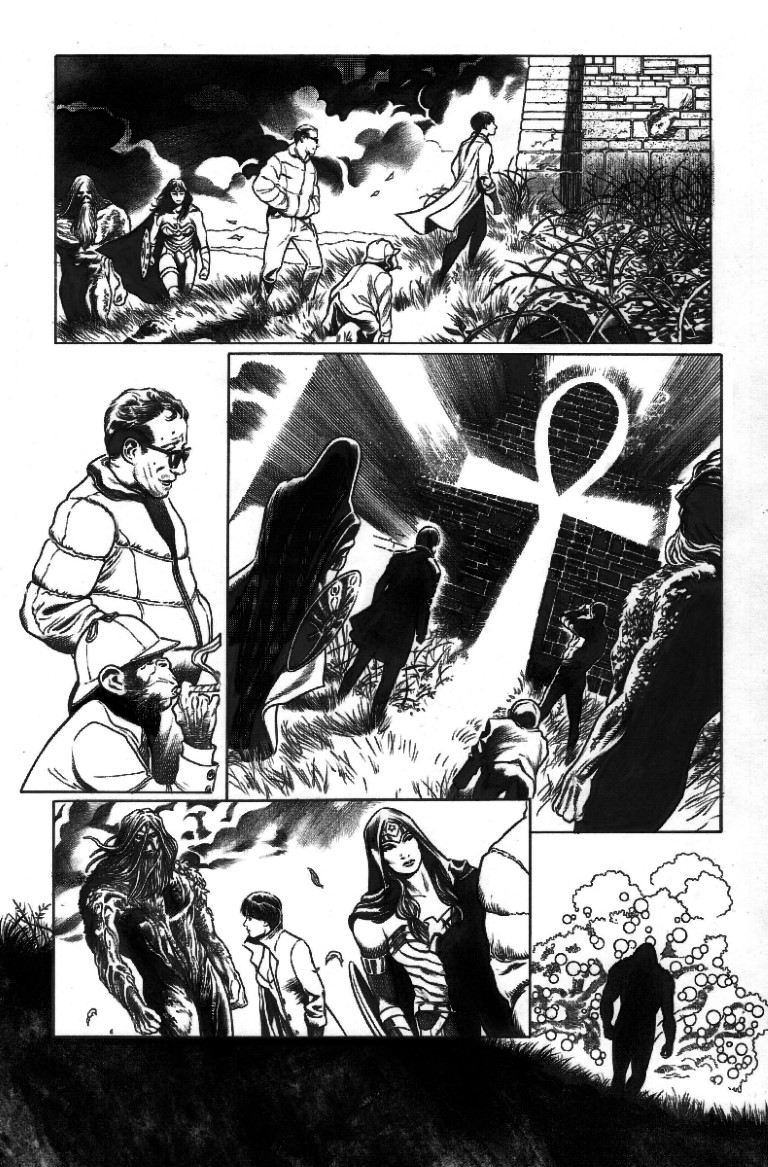 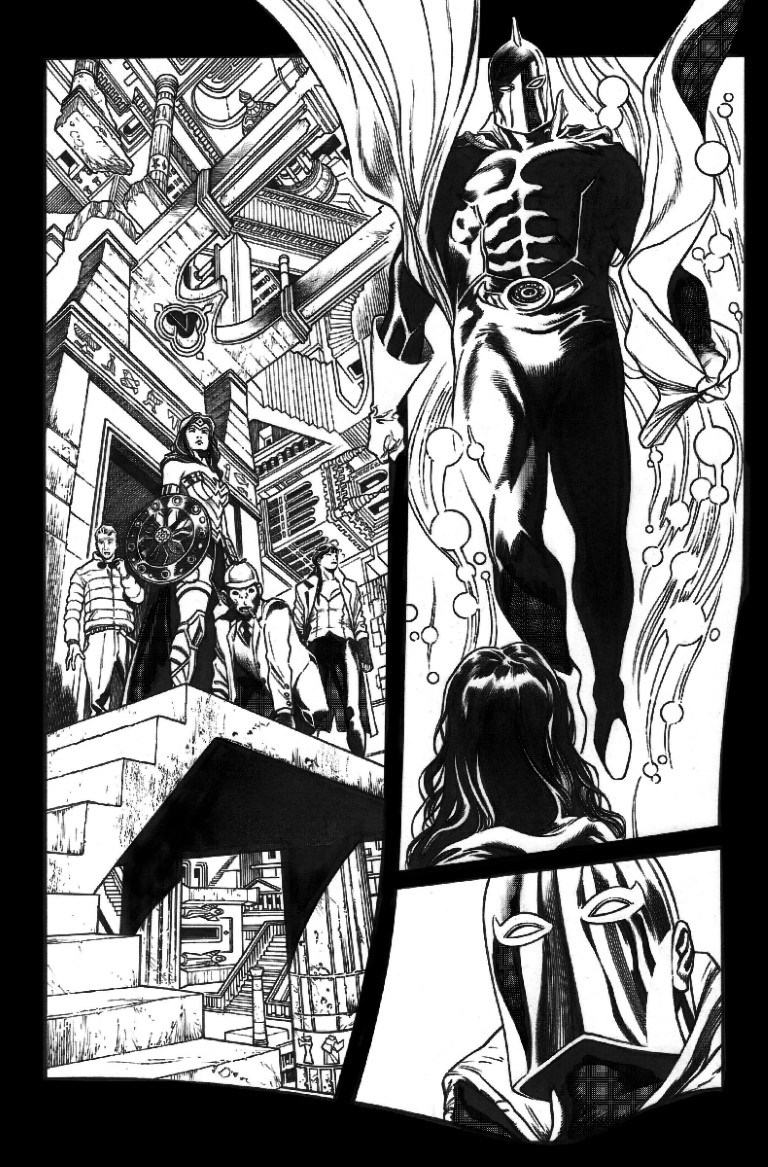