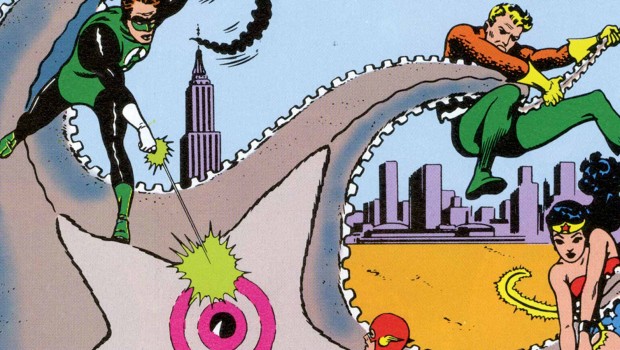 Summary: This omnibus is a must have to fans of the Justice League or for those comic connoisseurs who want to experience the Silver Age and the World's Greatest Superheroes in one accessible collection

Featuring the World’s Greatest Heroes, The Justice League of America Omnibus Volume 1 returns readers to a simpler time where superheroes were spectacular adventurers and villains would rather get up to mischief than murder. Based on the world’s first superhero team, the Justice Society of America, DC Comics editor Julius Schwartz helped launch the modern superhero teams thanks to legendary writer Gardner Fox and artists Mike Sekowsky and Bernard Sachs. 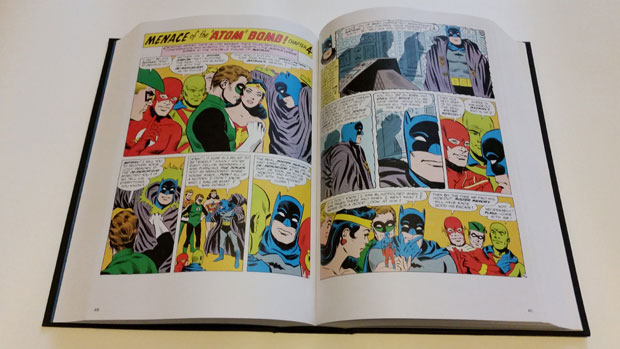 Together they banded DC Comics greatest superheroes that included Superman, Batman, Wonder Woman, The Flash, Green Lantern, Aquaman, Martian Manhunter and Green Arrow as they fought injustice on both Earth, throughout space and even on other worlds and universes. It would also become the blueprint of superhero teams for years to come and even 50-years later, the Justice League still exists in comics, animation and even a movie that has tentatively been slated for 2017. 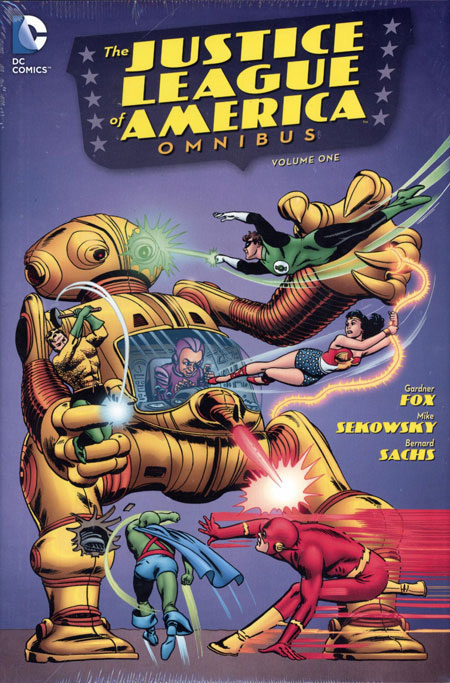 This gigantic omnibus from DC Comics, collects together The Brave and the Bold #28-30 and the Justice League of America, issues #1-30 with a whopping 896 pages of silver age content. The omnibus also features a forward by Roy Thomas and Marv Wolfman who not only read and became fans of the Justice League but would later write some of their most momentous stories. 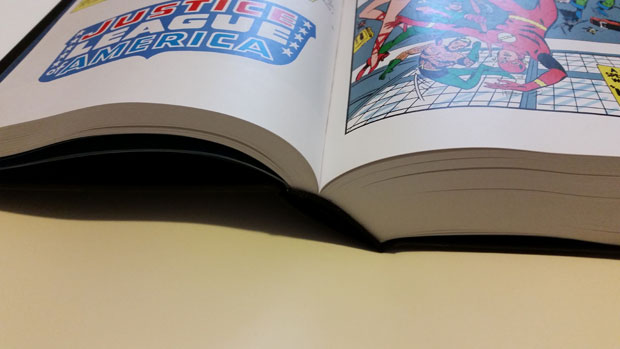 Although the writing of these collected comics is a little basic compared to the comics of today, Gardner Fox helped create an entire universe for DC Comics to explore from alien invaders such as Despero and Starro to the introduction of the Silver Age Green Arrow to the riddle of the robot Justice League that really pushed the boundaries of not just the comic world but the field of science fiction. Gardner also re-introduced the Justice Society of America into the cannon of the Justice League that resulted in the annual meetings between these two different teams from two different universes. Good times… 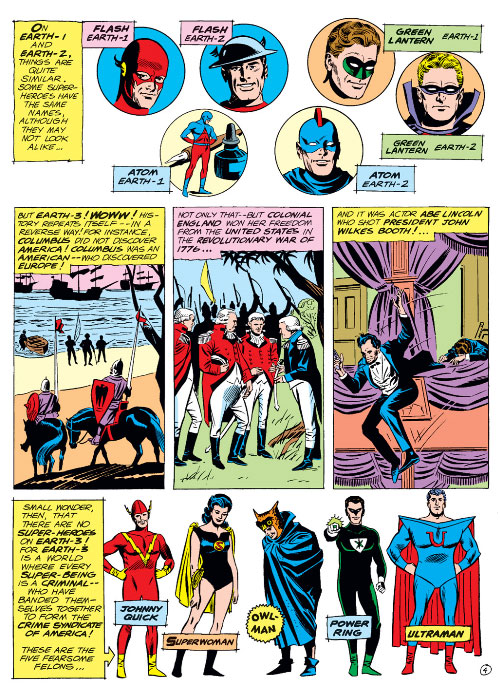 Also, unlike comics of today, each issue of the silver age Justice League was an in-depth read that didn’t take 5 or 10 minutes to finish but rather 20 to 30 minutes. Given that, the characters featured in this omnibus are definitely different from their modern counterparts and it seems that the heroes of yesterday talked quite  a bit compared to their incarnations today. As a result, it really helped flesh out their personalities, ambitions and personal struggles. Of course, these stories would serve as the archetype of just about all versions of the Justice Leagues throughout the ages. 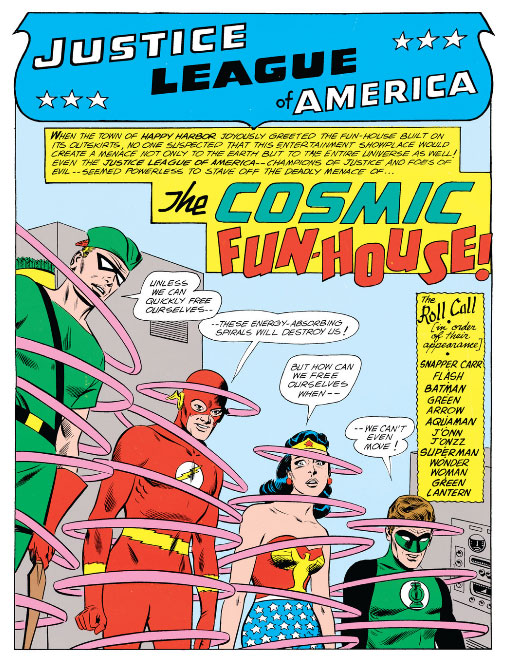 In terms of quality, this is one well presented omnibus that features a high quality paper stock that really pays homage to the artwork of the 60’s as everything feels quite vibrant and the characters almost jump out of the page. The binding looks quite sturdy and like other omnibuses, it doesn’t lay flat until you are a couple of hundred pages into the book. When you take the dust jacket off, the Justice League of America logo is engraved into the front of the omnibus that makes it look like some ancient tome of goodness.

The artwork in this omnibus really highlights the artistic skill of Sekowsky and Sachs who managed to bring the Justice League to life and unlike the art from the Golden Age, each issue seemed like a Hollywood blockbuster. With that said, the artwork does look a little flat compared to modern comics due to the limited colour palettes and colouring techniques of the era. Nonetheless, the artwork is quite detailed and the illustrators successfully managed to capture the various adventures of the Justice League and of course, those larger than life battles. 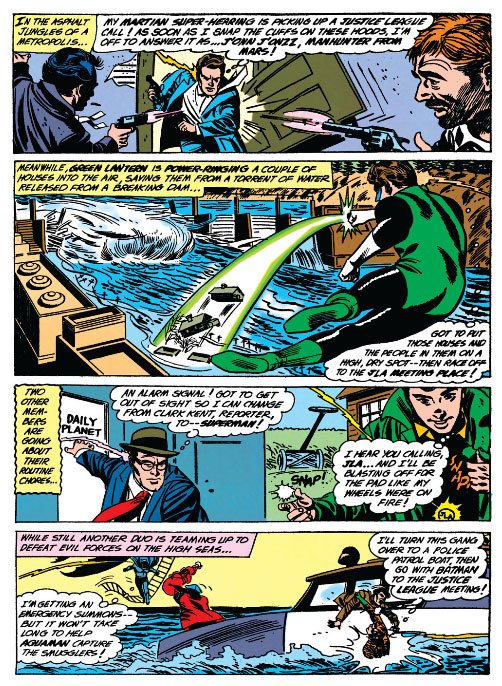 Even though I wasn’t born when these comics came out, I managed to read my brother’s Australian reprints and this omnibus definitely brought back special memories  and let my imagination go wild in a world where smart phones, social media and video games were not even conceived. This is true old-school entertainment and funny enough holds up well today. 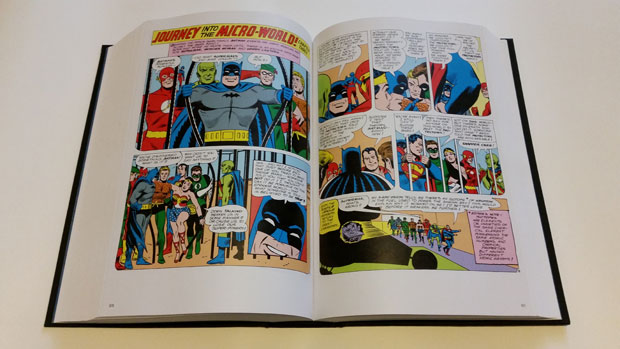 This omnibus is a must have for fans of the Justice League or for those comic connoisseurs who want to experience the Silver Age and the World’s Greatest Superheroes in one accessible collection. Sure the dialogue is cheesy and the adventures are over the top but this is what the Justice League has always been about and Gardner Fox does a brilliant job at bringing life to these fictional characters thanks to the detailed artwork of Mike Sekowsky and Bernard Sachs.