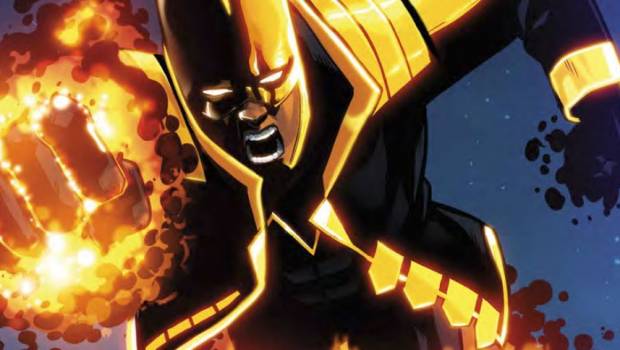 Summary: Justice League of America #21 is another fun issues from the creative of Steve Orlando

This issue focuses on the Ray which continues the repercussions of him leaving the league. With Xenos trying to convince him to answer the league’s transmatter token, it only makes things worse and as a result, he gives Ray some ‘time’ to himself as our hero goes on protecting the City of Vanity. So when the group known as the Sons of Earth take hostages in his city for their nefarious plans, he is stopped by Aztek who challenges Ray for being in her city.

Although they don’t see eye to eye at first, the do team up to take on the Sons of Earth. In some spectacular art by Stephen Byrne, he captures the emotions and powers of these heroes perfectly as together, they take down this cult. Post-battle, the two heroes share a moment as both taught each other something today and more importantly, that the City of Vanity needs the Ray.

Elsewhere, Killer Frost (aka Caitlyn Snow) has been tempted by the Might Beyond the Mirror who is given a glimpse into a future without her condition as the Justice League #21 ends with our scientist accepting the wish. Needless to say, there is going to repercussions! What I enjoyed about this issue was the dialogue and Orlando makes these heroes not only likeable but also flawed. More importantly, the dialogue flows extremely well and isn’t cliched or too forced.

All in all another fun issues from Steve Orlando with dynamic art by Stephen Byrne which made this a really fun issue and I’m really looking forward the return of the Evil Queen!